Volkswagen Brings EV Charging to You

It's a new flexible charge station that is mobile.

Volkswagen is showing off a new way of bringing charging to you instead of the other way around. It’s a new flexible charge station that is mobile. Allowing extra charging just about anywhere. Including places where charging isn’t currently possible.

EV prices are slowly coming down. And major automakers are about to launch an EV offensive in a big way. Volkswagen is one of those, with plans for 27 electric cars on the market by 2022. Now one of the major hurdles is charging. Both speed of charging and adding a charging infrastructure.

The gas station has had more than 100 years to become the fixture of every major highway intersection and dot the suburbs. EV charging hasn’t had that much time, and gas stations aren’t exactly jumping on the plug-in train. So automakers are making big investments in charging themselves.

This latest mobile quick charger is designed for flexible and independent vehicle charging. Think of it as a great big portable power brick. But instead of the small one you keep around to charge your phone on the go, this one packs some serious juice.

Volkswagen says the system offers up to 360 kWh. That means up to 15 electric vehicles can be charged, each taking around 17 minutes. That’s 15 electric vehicles charged without a grid connection. So it can be used in remote areas, at special events like a car show or festival, in emergency situations, or just anywhere that charging is needed on a more temporary basis. The mobile charging station can be plugged in and charge while it charges, so it can be on-grid too.

“The mobile charging stations are a decisive step toward an efficient network of charging points. They can be set up anywhere as required – with or without connection to the power supply. This flexibility enables a completely new approach for the rapid expansion of the charging infrastructure. Cities can, for example, find out the most suitable places for a permanent charging point before making major investments in developing the network. In addition, it will be possible to set up a large number of charging stations temporarily – exactly when and where they are needed,” said VW board member Thomas Schmall.

They allow charging for up to four vehicles at once, with 100 kW DC charging. In addition to the remote charging capability, the system can be used to store power from sustainable sources, like wind and solar. Powering up and then charging vehicles in a more green way. 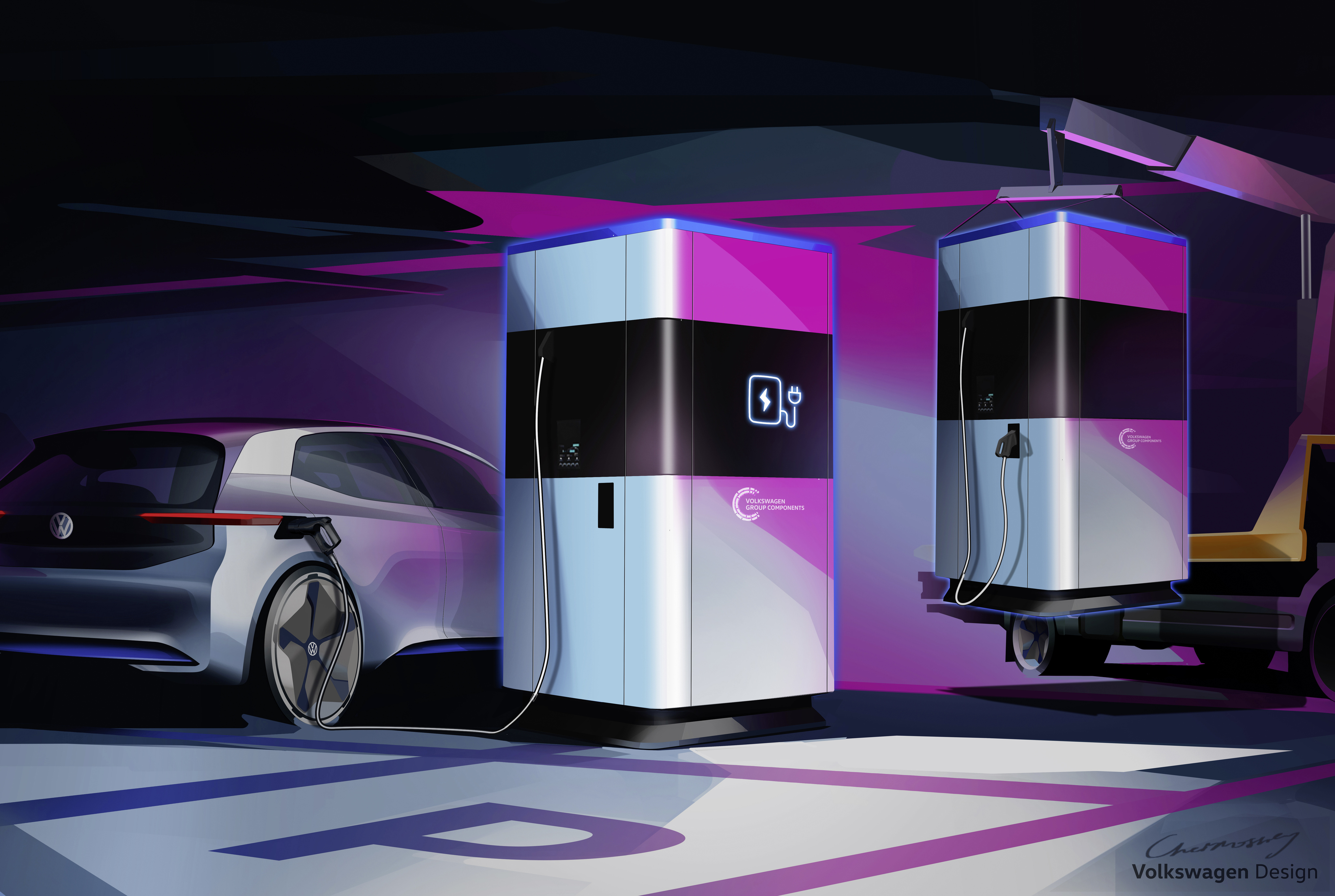 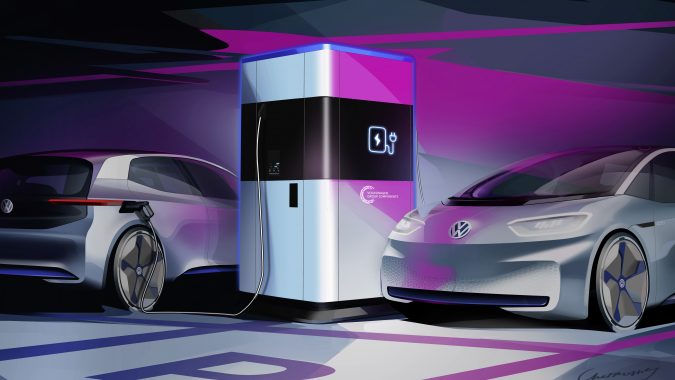