The concept uses a hybrid driveline that combines a turbocharged four-cylinder and a number of electric motors.

BMW’s electric dreams have, so far, been firmly on the odd side of the company. BMW’s i brand has taken up the baton of electrification, and while the i8 is an impressive performance car, it’s not an M car. And the smaller i3 is definitely not an M car. Does that mean that M and i can never be together? Do electrification, autonomous driving and the M brand go together like carbon emissions and stopping climate change? At BMW’s #NextGen event, today in Munich, the company looks at the first electric M concept.

It’s called the Vision M Next, fitting with BMW’s latest run of Next electric and autonomous concept cars and even motorcycles. The company says that this is BMW’s take on what driving pleasure might look like in a world of autonomous driving. Where high tech can make you a better driver. And they don’t just mean a safer driver, they mean quicker too.

The Vision M Next looks like a mix of M1, i8, and, 8 Series cars from the brand. It’s futuristic without being out of this world. It’s a car with many sharp edges and Lambo-style doors, but it also looks like a shape that could actually see production. More or less. Probably not the rear window louvers.

Inside, BMW says the car has facial recognition to unlock and start automatically for you. The exceptionally minimal interior hides items like the vents, and there is a lack of screens that clutter modern cars. 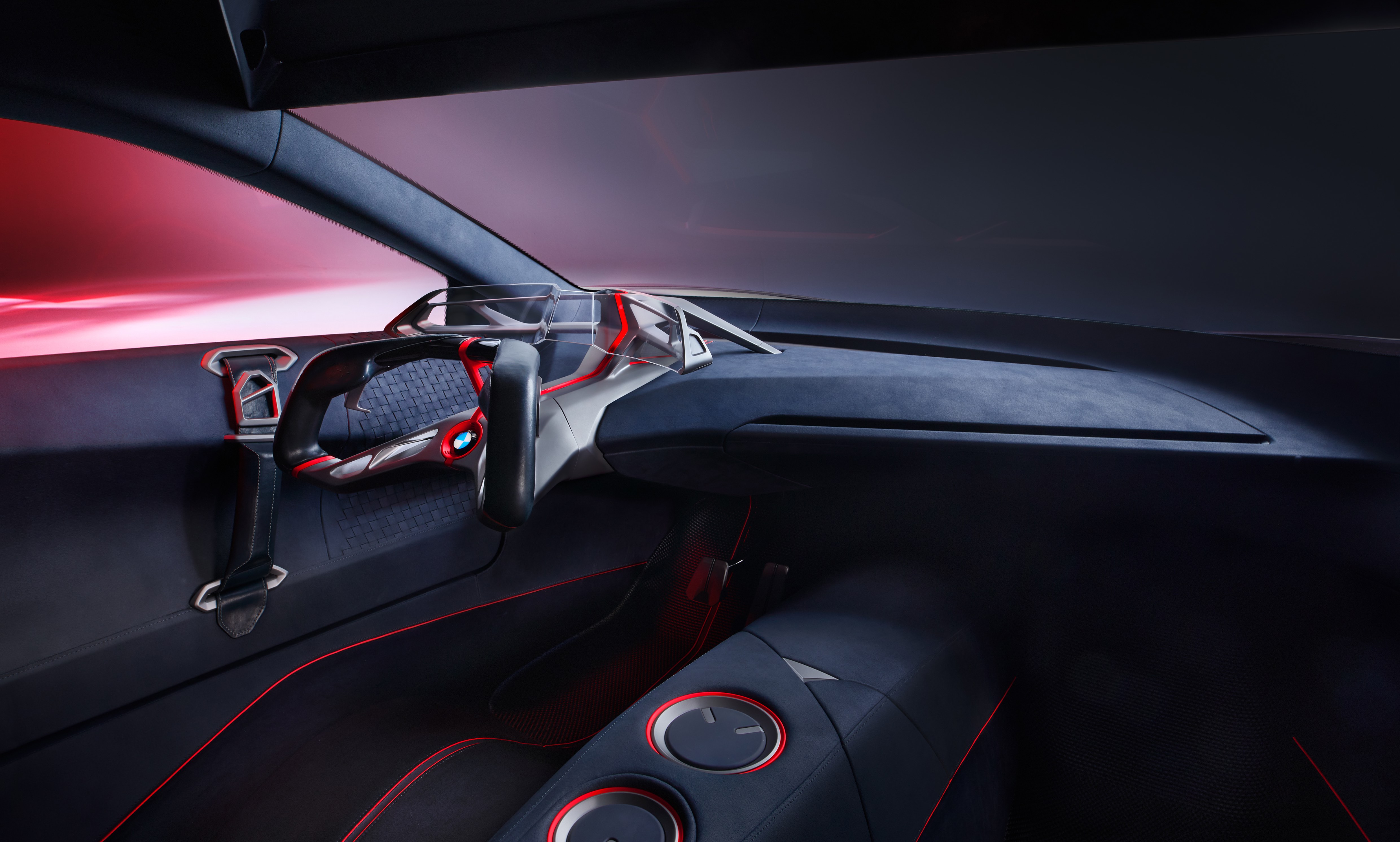 Despite the minimalist looks, BMW says that it uses innovative materials to maintain a luxury feel. That includes synthetic woven fibres as well as anodized titanium surfaces. Leather is used only where you’ll touch it. Like the wheel and door handles.

The concept uses a hybrid driveline that combines a turbocharged four-cylinder and a number of electric motors. All and rear-wheel drive are on tap, and it can run on electric only for 100 km. With all the power sources going, output is 600 hp and the car can hit 100 km/h in three seconds.

Adding even more performance is a Boost+ mode that gives you more power with the push of a button. A system BMW calls the Boost Pod monitors your driving, including rpm and energy management, as well as your heart rate. It tells you the ideal moment to activate Boost+ for improved driver enjoyment.

This isn’t a production car, it’s part of BMW’s look at the future. But if the Vision M Next is what the future will look like, we certainly don’t mind. 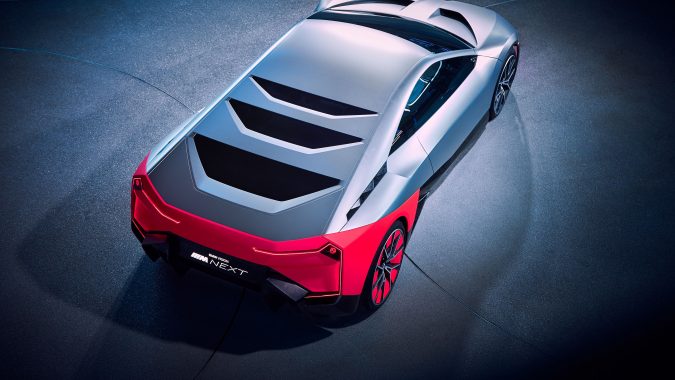 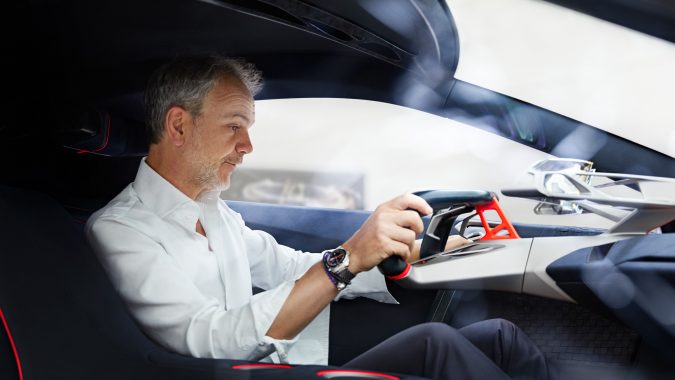 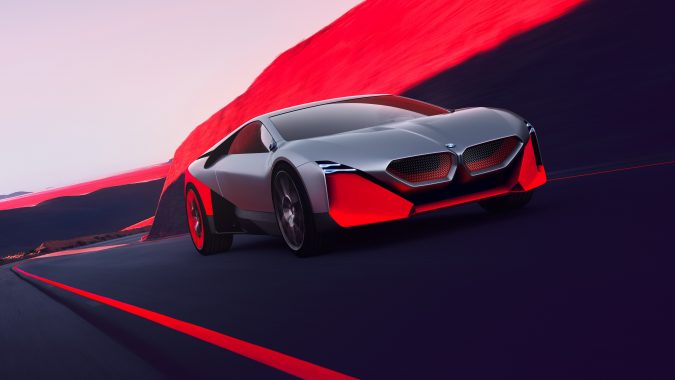 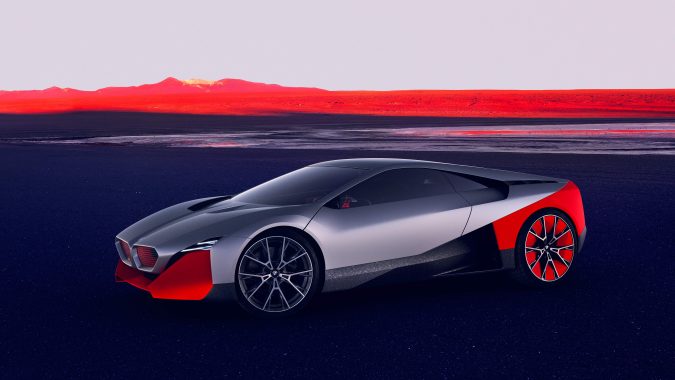 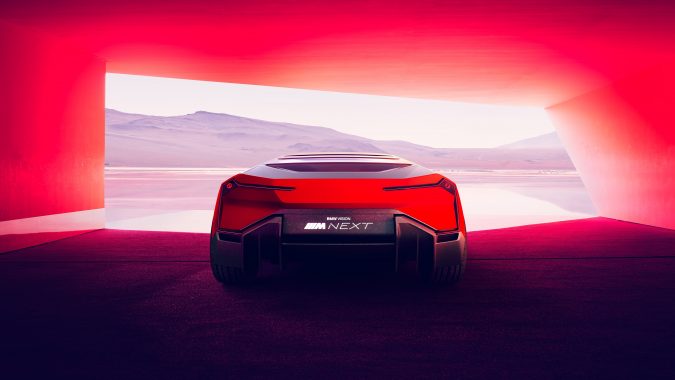 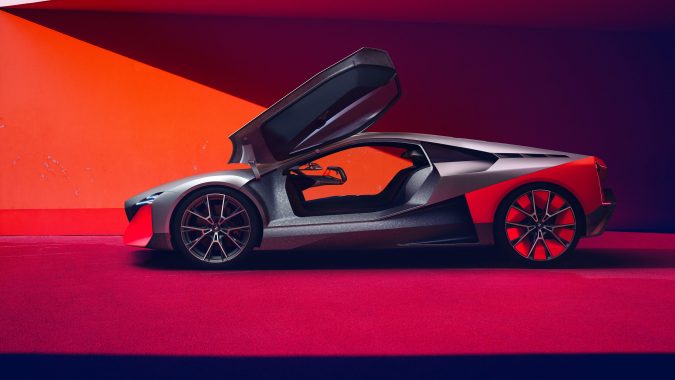 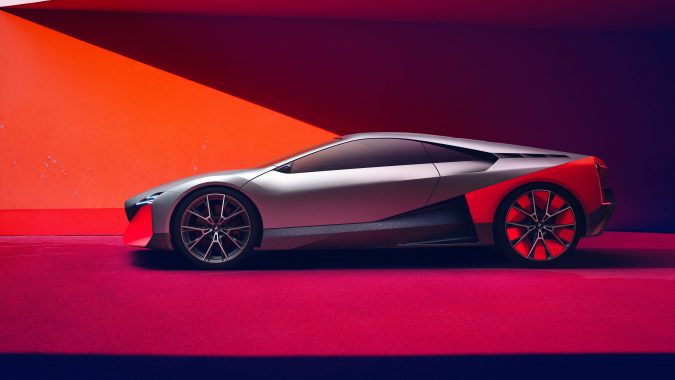 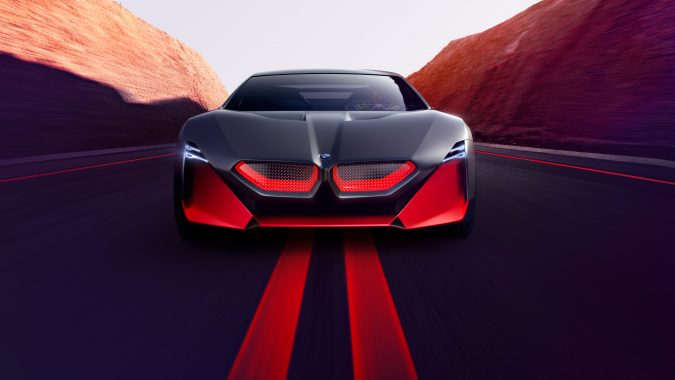 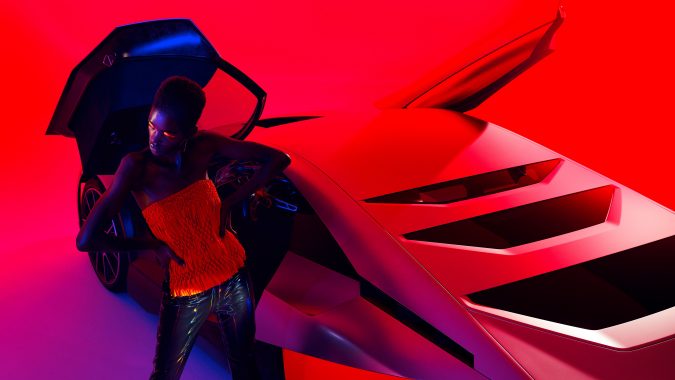 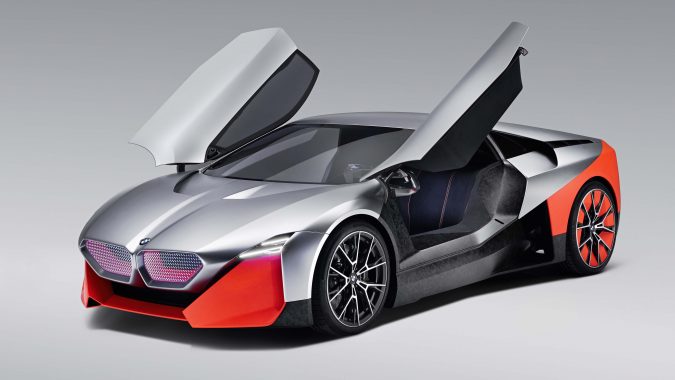