Deliveries will begin by the end of the year.

LAS VEGAS, NV – VinFast, the burgeoning automaker based in Vietnam, has bold plans for carving itself a niche in the North American EV market. Even though the auto company is less than five years old, they’ve already made a name for themselves in their home country with their introductory line of gasoline-powered cars of which it sold about 60,000 over the last two years. Now, they’re planning a total transition to all-electric vehicles, showing off a range of five crossover-style machines at this year’s CES technology event in Las Vegas.

First out of the gate for our market will be a pair of rigs shown two months ago at the Los Angeles Auto Show in November. Now called the VF 8 and VF 9, they will inhabit the mid- and full-size SUV segments respectively. Think Santa Fe and Palisade as size comparisons, if you’ve ever been in a Hyundai showroom. 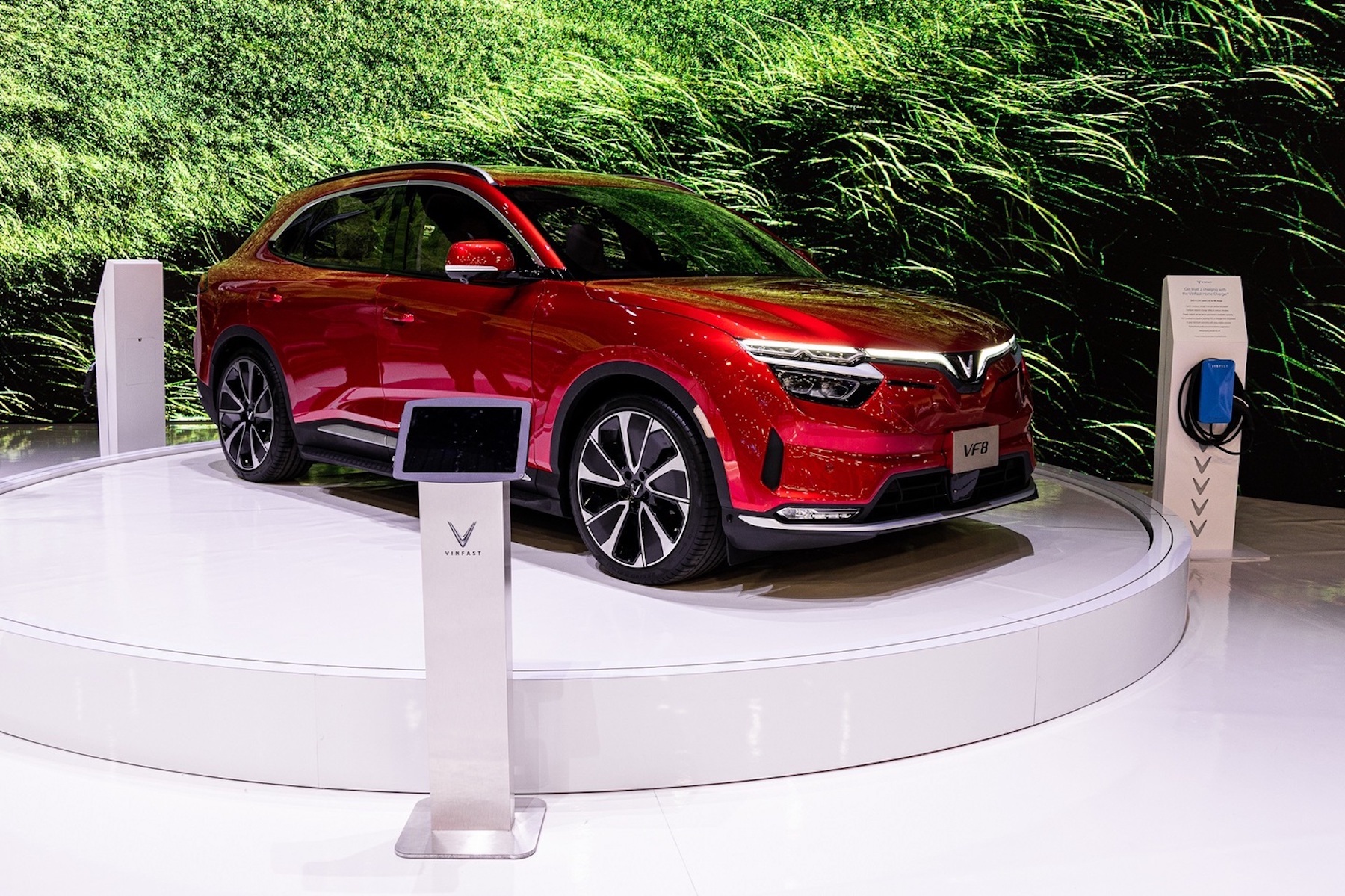 The two-row VF 8 will bear a price of $41,000 in America when it goes on sale later this year (Canuck pricing is promised shortly) but first-adopters who make a $200 refundable reservation will receive a $3,000 credit towards their purchase. Its electric motors will make 402 horsepower and 472 lb-ft of torque which should be good for a zero – 60 mph acceleration time of about 5.5 seconds. Not face destroying but certainly in the realm of reality for this size (and price) of vehicle. Driving range is expected to be in the 500 km ballpark on a full charge. At 187 inches long and 65.3 inches tall, it’ll cast the same shadow as the aforementioned Santa Fe or Tesla Model Y.

Serving the full-size segment is the VF 9, a three-row vehicle with squared-off styling. Despite our Palisade comparison above, the VF 9 actually stretches a good six inches longer than that SUV, checking in at 201.5 inches long which splits the difference between vehicles like the Honda Pilot and Chevy Tahoe in terms of length. It’ll cost $56,000 when it goes on sale in the States, with a $5,000 rebate to those who throw down a refundable reservation between now and April. Power figures are identical to the VF 8, suggesting a sharing of electric motors, but it’s clearly hauling around a bigger battery pack since its range is an estimated 675 kilometres. Those are robust numbers, VinFast. 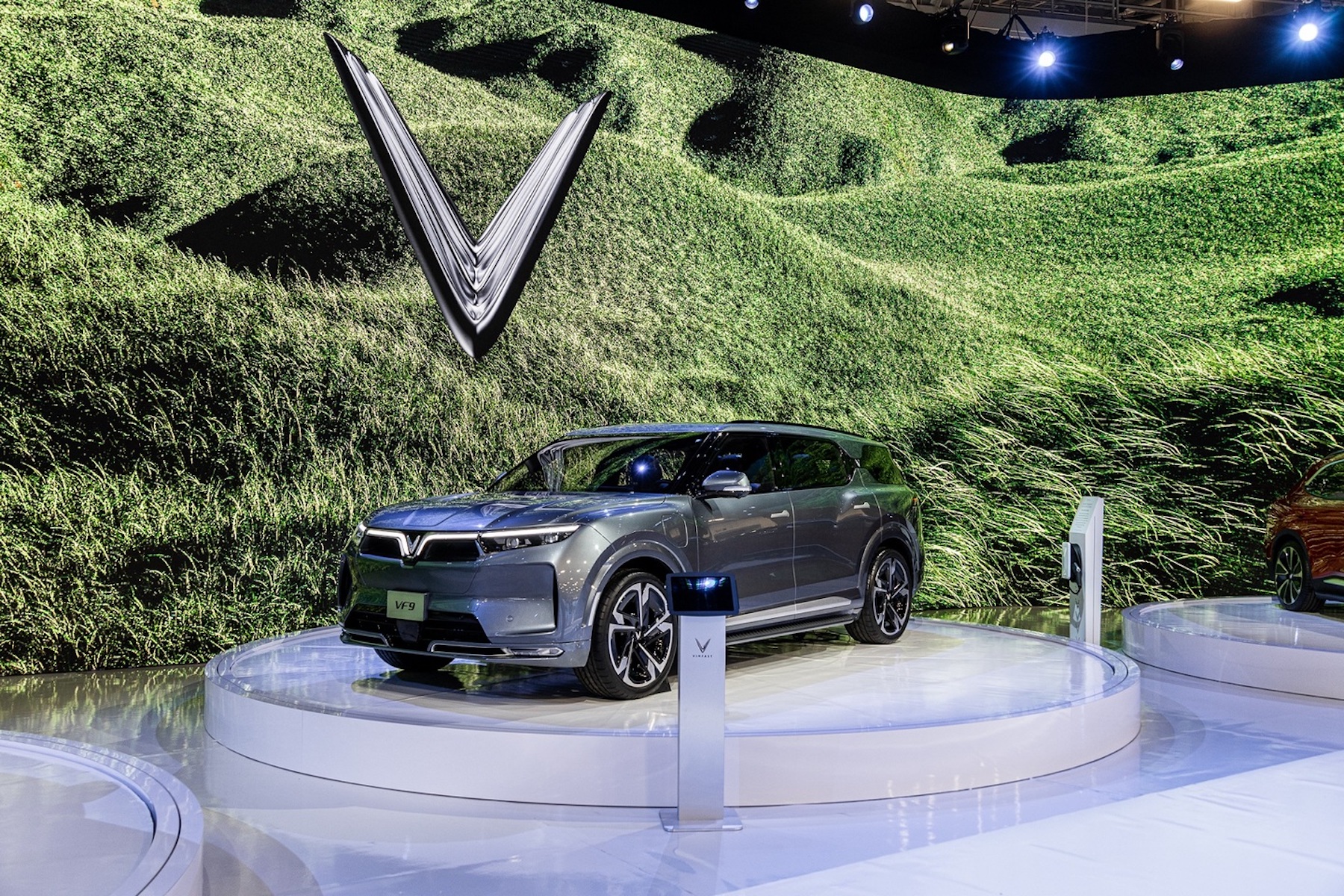 Also shown but given less attention in terms of technical and pricing details were a trio of smaller EV crossovers called the VF 5, VF 6, and VF 7. They are intended to compete in the A, B, and C size categories, meaning they’ll go toe-to-toe with machines like the Chevy Bolt, VW ID.4, and Hyundai Kona Electric, among others and not necessarily in that order. In particular, the VF 7 has a striking style, with super narrow front lighting signatures and a chunky muffin butt behind its floating roof. If its pricing is as attractive as its cousins, it may do well in a crowded sales arena.

Interior shots show a typically minimalist EV design, with a centrally located infotainment screen that will look immediately familiar to any Tesla fan. Creative lighting jazzes up the space, along with a refreshingly simple take on gear selection given most EV companies create new a byzantine way to shift the thing into drive. Noise was also made during the reveal about the software’s ability to turn one’s VinFast into a mobile office thanks to a number of productivity tools usually found on a business laptop.

One interesting tidbit is the concept of a battery leasing program. We’ll get more details in an upcoming exclusive interview with a key exec at VinFast but, for now, it sounds as if it will be a monthly recurring charge protecting customers against costly future battery replacement. VinFast says they will swap in a new battery if the original unit drops below 70 per cent capacity, as all batteries tend to do over time and usage. Whether it is a mandatory program (indicating a higher monthly cost than just the vehicle price) wasn’t immediately clear. Nevertheless, VinFast claims it’ll be no more expensive than the typical monthly expenditure of gasoline in a traditionally powered car. And we should note that in addition to the prices in this article being American, the rebates are as well. We hope they translate to Canada when such announcements are made for our market.

Vingroup, parent company of VinFast, has its fingers in many pies including hospitality, AI research, and data management. They are planning an initial public offering on an American stock exchange this year and plan to operate production facilities capable of building a quarter million cars annually in the States by the end of 2024. The VF 8 and VF 9 are scheduled for initial deliveries in North America by the end of this year and some are already in the hands of customers in its home country. 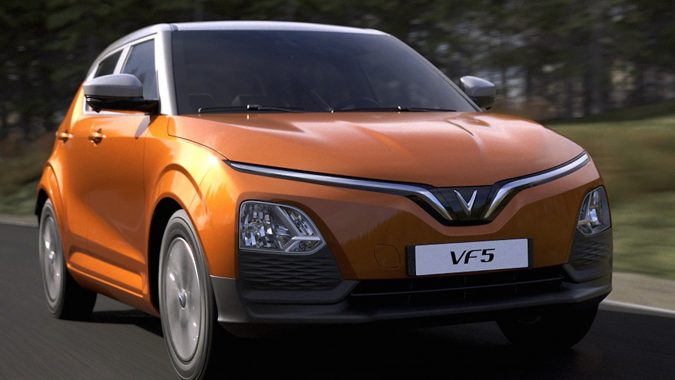 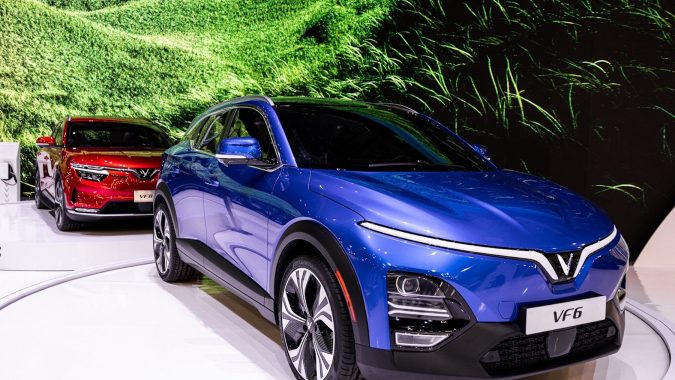 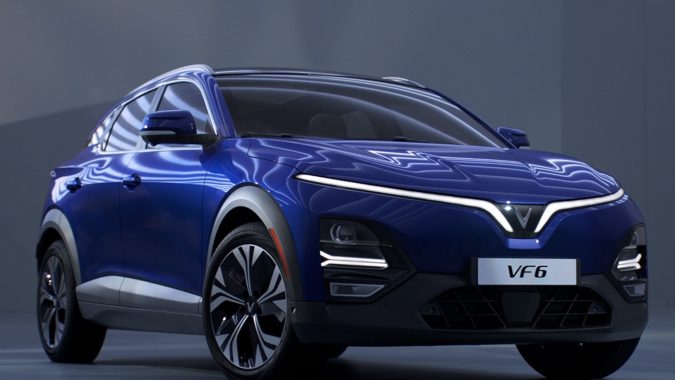 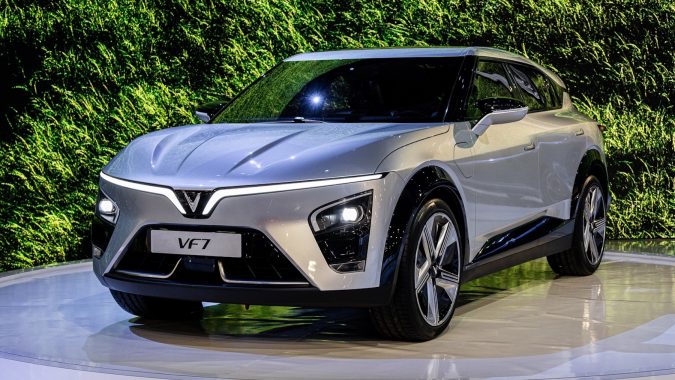 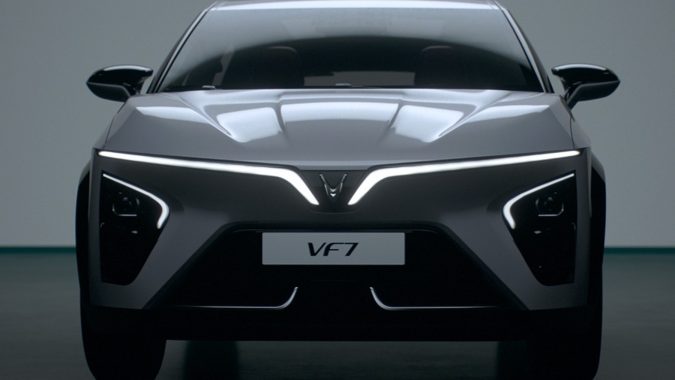 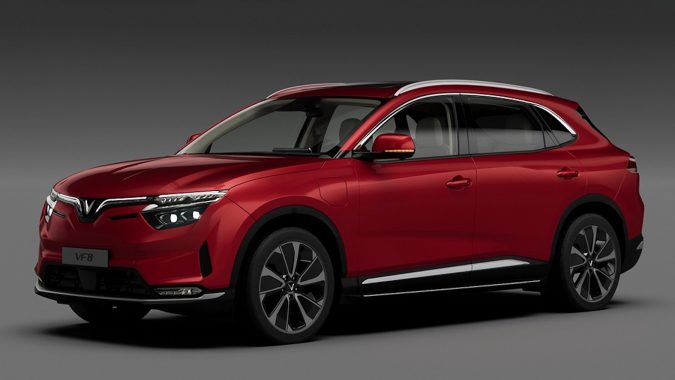 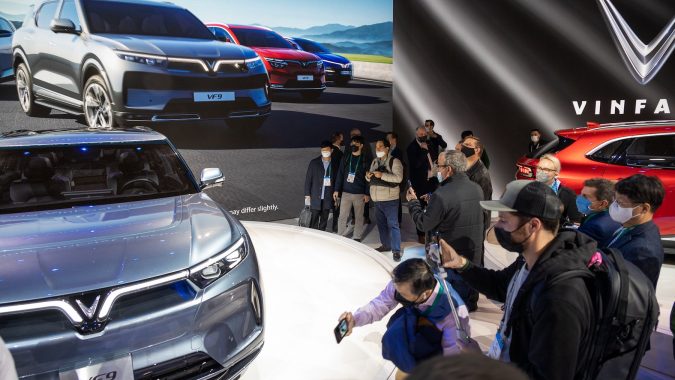 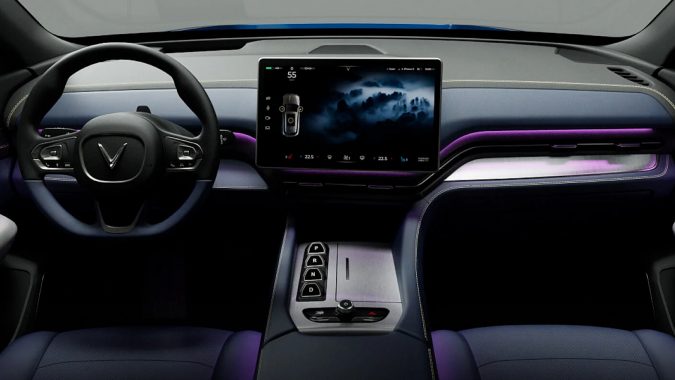 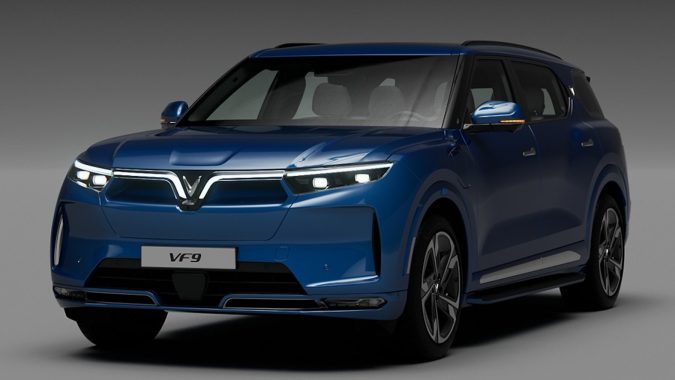 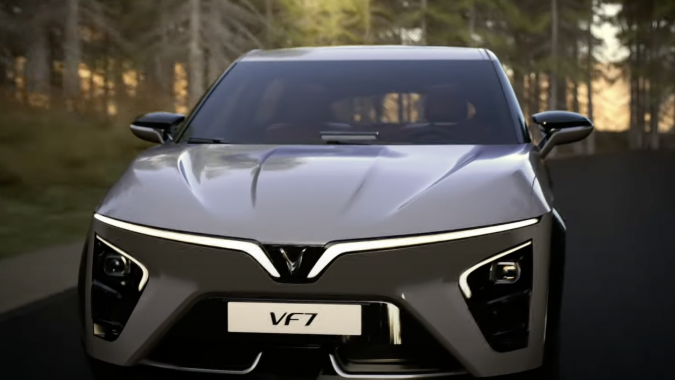 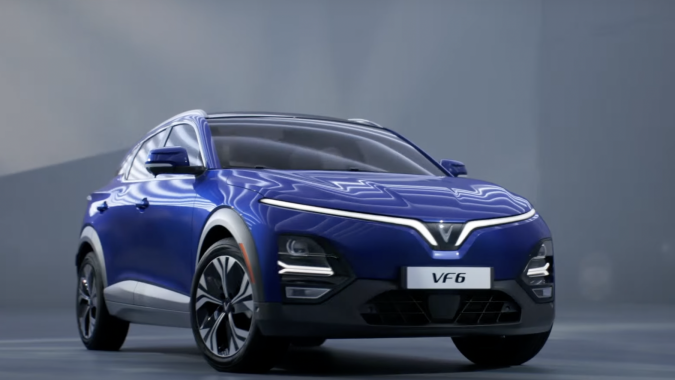 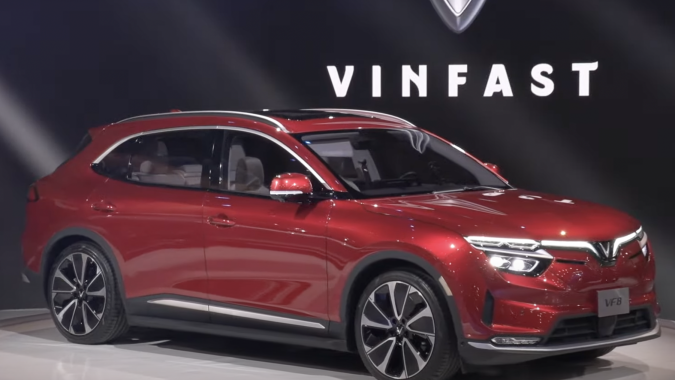 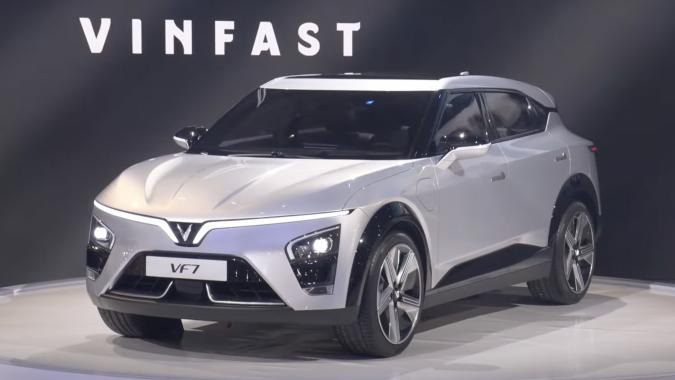 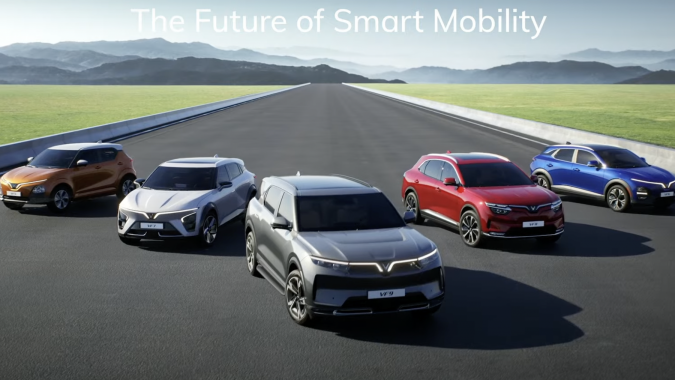 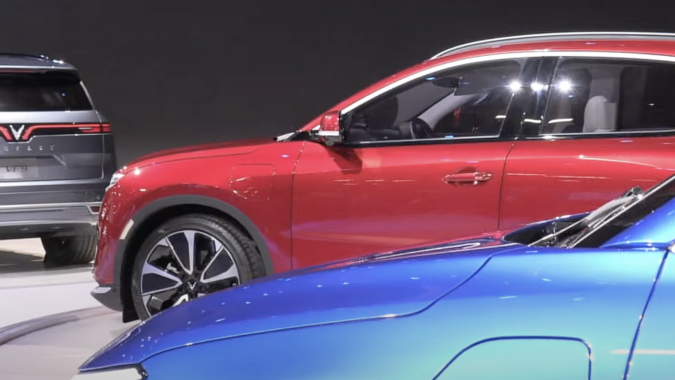 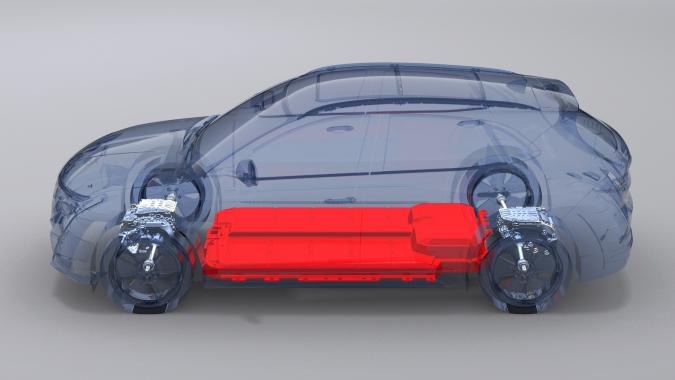