When it comes to a test on street and circuit of the best performance cars of the year, you expect to see the occasional hot hatch thrown into the mix. Not as a contender, but as a control. Or to show that affordable cars are fun, though they normally lose out to six-figure hardware from the stalwarts of the fast motor. Not this time, though. This time one of the biggest performance car tests of the year was won by not just any hot hatch, but by one that’s all-new to the segment. The Hyundai Veloster.

With some of the biggest names in fast driving and automotive journalism, against cars like Porsche’s latest 911, The C8 Corvette, and even a McLaren, the Veloster N was deemed to be Road & Track’s Performance Car of the Year. The criteria for this year’s test were as follows: “Outright speed and testing numbers are part of the package, but they don’t determine the winner. Beyond sheer pace, a car has to bring emotion to the table. The car must embrace track duty while still being enjoyable on the road. Technology has to be used in service of the driver, not just added speed. Feedback and sensation via complexity is great, but complexity alone doesn’t cut it. Lastly, we ask ourselves, would any other manufacturer build it? Does the car feel uniquely of its story and brand, with a personality all its own?” 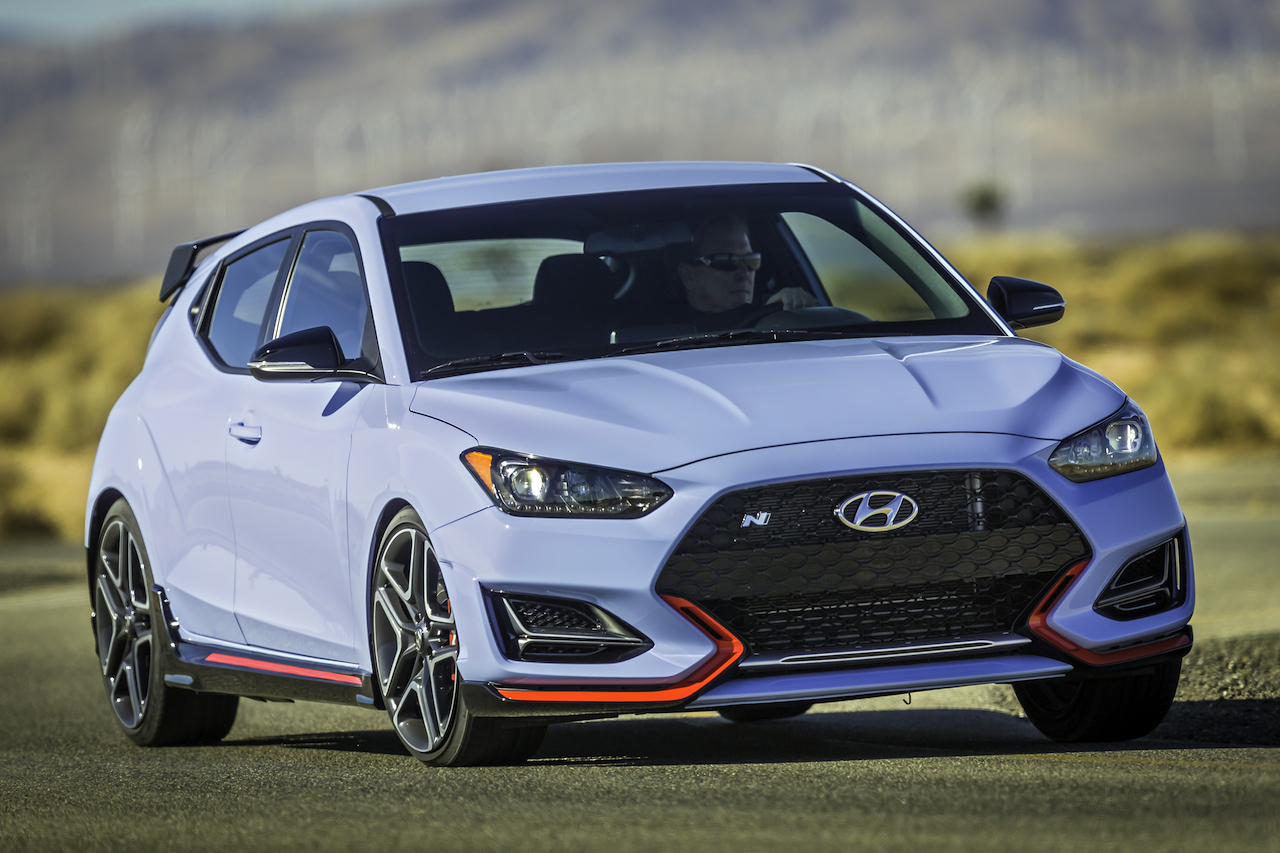 The cars were tested around Thunderhill Raceway in California, along with neighbouring southern California canyon roads. 11 of this year’s hottest models with the most expensive one coming in at US $332,120. So why the Hyundai? A $35,000 hot hatch against some serious hardware? As R&T called it, “the 2020 Hyundai Veloster N is a greater celebration of the philosophies we treasure than any other new vehicle.” Not the fastest, not the most capable. Instead, it was involving. With precise steering, loads of feedback, and the N button that transforms it ” from quiet and comfortable daily driver to snotty hot hatch, the exhaust popping and snapping with more authority than anything the Corvette could muster.”

If you need to be the fastest on the track, then this 275 hp front-drive hot hatch isn’t your ticket. But if you want a vehicle that’s going to be more enjoyable all around, then this might be your ticket. In our own review, we said it had turn-in “as crisp as a February morning,” and said that “for their first real performance car, they’ve hit a grand slam home run with the Veloster N.”