Hyundai is making some changes to their hottest hatch, making the Veloster N’s performance accessible to more buyers thanks to a new dual-clutch automatic. That’s not the only change for 2021, with Hyundai taking other steps to light up your experience and adding a feature that’s had us more curious than anything we’ve seen announced in a long time: N Grin Shift.

The Veloster N was 2020’s performance surprise of the year, elevating the new-shape Veloster from sporty looks and ho-hum drive to a serious contender in the hot hatch market. With 275 hp from a 2.0L turbo-four, electronically controlled shock absorbers, and a six-speed stick with rev-matching, the N brought the fight to the likes of Volkswagen’s Golf GTI and Golf R as well as the Honda Civic Type R.

Depending on who you asked, though, there was one big thing either missing or wonderfully absent. An automatic gearbox. If you couldn’t clutch, you couldn’t Veloster N.

This year, that’s changed. Hyundai has developed an all-new eight-speed dual-clutch gearbox called the N DCT that was made specially for this car, which means it has some trick new features for the hot hatch Hyundai. 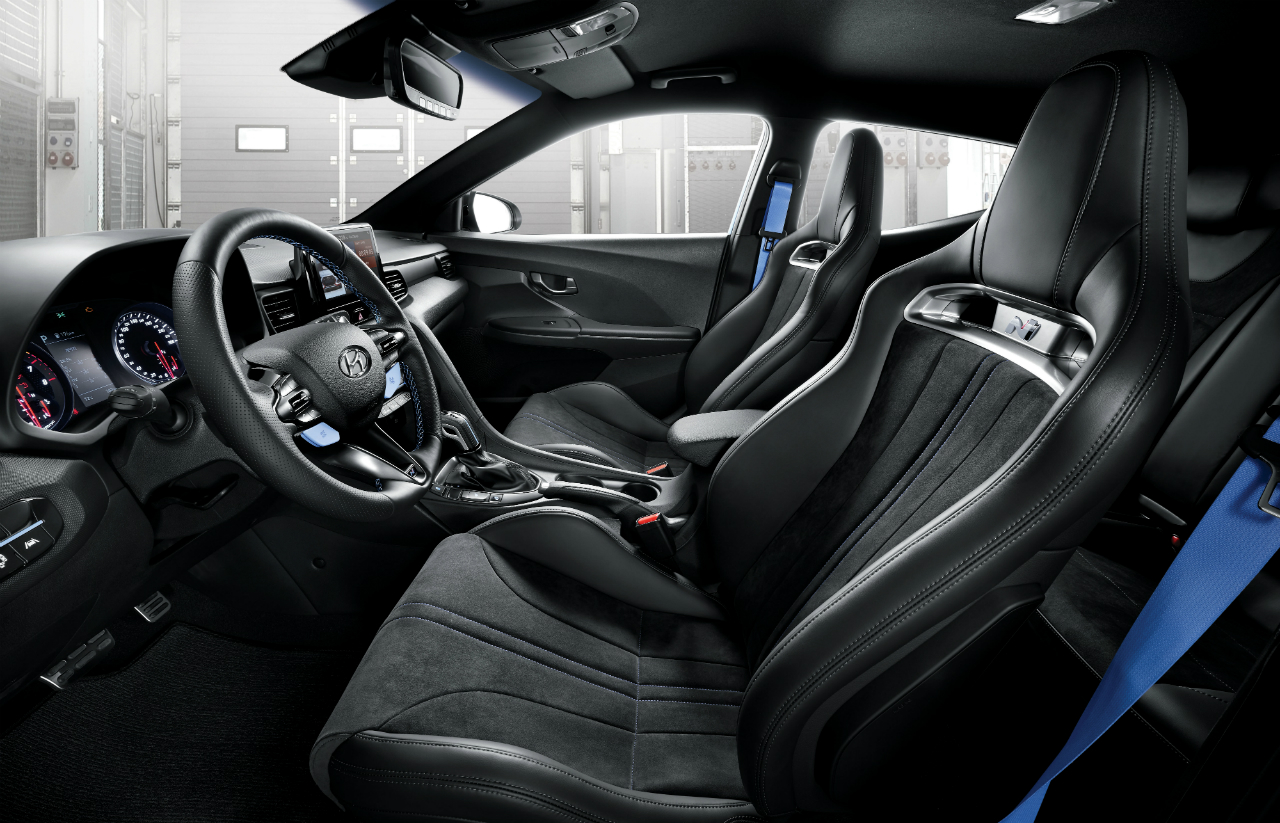 Starting with N Power Shift, a feature that comes on automatically when you’re shifting with the throttle more than 90 percent open. It’s basically a no-lift shift, reducing the feeling of slowing and accelerating again that accompanies most shifts. N Track Sense Shift monitors road conditions for when it thinks “conditions are optimal for dynamic driving.” It comes on automatically, “selecting the right gear and shift timing just like a professional race car driver.”

Finally, the one we’re most interested in—N Grin Shift. It’s an overboost feature that increases peak torque by 7 percent. From 36.0 to 38.5 kgf-m, Hyundai says. Or in numbers people understand, from 260 to 278 lb-ft, for up to 20 seconds. Hyundai says that should be enough performance to make you grin.

While most of the features work automatically, you can also configure them in the Veloster N’s new infotainment system that combines a new OS and a larger 8.0-inch screen. Hyundai adds that the N will monitor for things like downhill sections to use the gearbox instead of the brakes to help slow you down. If you’re on track, it will use “the full spectrum of available engine revolutions,” which just sounds hilarious.

Making the cabin a more special place are new N Light Sports Bucket Seats, Alcantara-clad fixed-headrest bucket seats that are thinner and trim 2 kg from the standard seats plus offer “track-ready” bolstering. The seats also get a large N logo on the backrest that lights up with the interior lights to show off at night.

Hyundai says that this makes the Veloster N a “true corner rascal” which, again, we think sounds hilarious. We know the standard N is a great drive, so we can’t wait to give this new gearbox a paddle test.