The GLA was unveiled to the media at the auto shot in Detroit in the form of the GLA45 AMG “Yellow Night” edition.

The minimal exterior changes include redesigned front and rear bumpers with the addition of Canyon Beige paint.

Under the hood remains the same with the 2.0-litre turbocharged inline four-cylinder with a seven-speed dual-clutch transmission. The GLA will remain front-wheel-drive with the GLA 250 having the variable all-wheel-drive system.

Android Auto has been added as well as some of the wood trims being replaced.

The GLA was unveiled to the media in the form of the GLA45 AMG “Yellow Night” edition.

The most TrackWorthy cars at the 2017 Detroit Auto Show

Its black colour scheme is enhanced with yellow highlights on the front bumper, rear diffuser and rear wing with yellow coach lines painted along the rocker panel and on the rims.

Other external enhancements include matte gray sport stripes on the roof, hood, trunk lid and sides.

Internally there are numerous yellow highlights with yellow trim on the AMG performance seats as well as on the performance steering wheel.

Under the hood it has the same 2.0L turbocharged engine, but now totally reworked by the AMG engineers. It now produces an incredible 375 hp with 350 lb/ft of torque.

It is linked to an upgraded AMG SPEEDSHIFT, dual-clutch, seven-speed sport transmission that rockets it from 0-100km in an incredible 4.3 seconds.

The GLA will be available in the summer as a 2018 model and pricing will be made available nearer to launch. 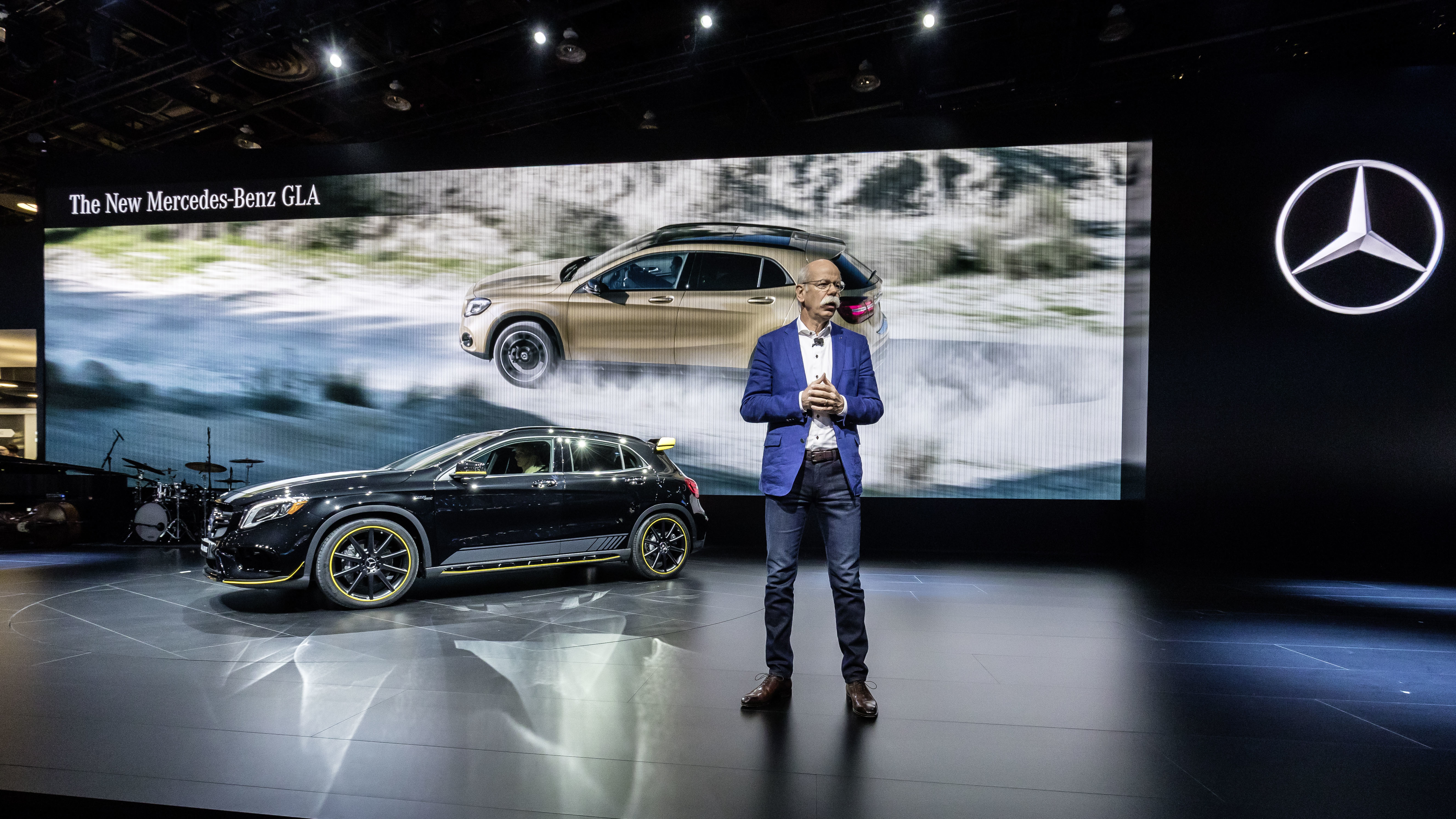