Especially for an Ontario economy that is now open for business.

The standoff between General Motors and workers union, Unifor, intensifies, as union officials call for Canadians to boycott GM products which have been built in Mexico.

In fact, the union has gone so far as to ask consumers to visit the Unifor website and sign a pledge that they will not buy a Mexican made GM vehicle unless the company maintains production in Canada.

If only it were that simple.

A news release says that there are “over 60 Ontario-based auto parts companies supporting Mexico production”. The release also reminds us that Unifor employees build transmissions for North American vehicles in St. Catherines and stamp body panels in Ingersoll. Those body panels are shipped to Mexico for assembly and are then sold in Canada.

“The threat of collateral damage for Ontario based auto suppliers, auto dealers and workers is concerning, especially for an Ontario economy that is now open for business, with every opportunity to now benefit from increased trade with Mexico”, said GM Canada vice president, David Paterson. 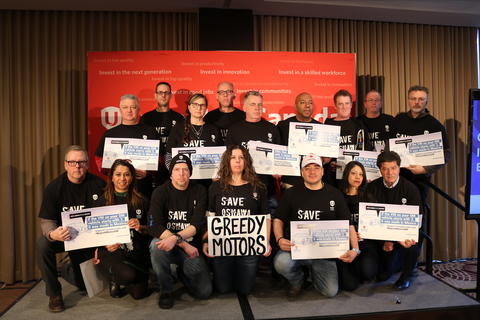