The car is number nine of the 25 total.

The Mercedes-Benz CLK GTR was a sports racer designed and built to win the FIA GT Championship. And here’s your chance to buy one that’s ready for the road.

When the German DTM touring car series folded in 1996, Mercedes was looking for a place to race. When the FIA took over an existing GT series and made it the FIA GT Championship, an opportunity came up that Mercedes-Benz couldn’t pass by. The chance to race against Porsche.

Porsche was racing a 911 in the series. But this was barely a 911. The 911 GT1 was a tube-frame, carbon fibre, mid-engined prototype that somehow the company managed to slap a license plate on. that’s right, to be eligible for the GT1 series, the cars had to have a road-going version.

So Mercedes developed one of their own. The CLK GTR took the vaguest elements of the CLK’s styling and transformed it into a carbon fibre and aluminum monster. Mounted behind the cabin was a 6.0L V12. It had a Formula 1-style suspension with inboard-mounted shock absorbers. The race-ready bodywork boasted a massive front splitter, even bigger rear wing, and the wide arches made the car nearly 26 cm wider than a standard CLK. The cars won the FIA GT Championship in 1997 and 1998.

The FIA cancelled the class for 1999, but Mercedes still had to build the road cars that the rules required. That meant a minimum of 25 roadgoing versions of the car.

26 were actually built. The first in 1997 to show the FIA, the rest built later by AMG in the company’s Affalterbach factory.

The road cars kept the CLK GTR’s out of this world design, though they traded the race car wing for something slightly more sedate. The only pieces that carried over from the standard CLK were the four headlights and the cockpit instruments.

The engine was made even larger than the race car’s. It was boosted to 6.9L and made 604 hp with 572 lb-ft of torque. Mercedes claimed a top speed of 344 km/h. 20 coupes and 5 roadsters left the factory before the end of production.

This car is up for sale at RM Sotheby’s Monterey auction in late August. The car is number nine of the 25 total. The car has been held in collections since it was originally purchased and has fewer than 1,500 km on the odometer since new. It was imported to the US under Show or Display regulations, with modifications made to suit those rules.

This ultra-rare car just about guarantees you won’t see another one on the road, or in a garage, just about anywhere you go. It comes with the original tool chest, owner’s manual, and service documents. Plus the first aid kit, should you happen to need one of the most expensive adhesive bandages in the world.

It’s a long, low, and sleek look at the heyday of 1990s production-based motorsports. 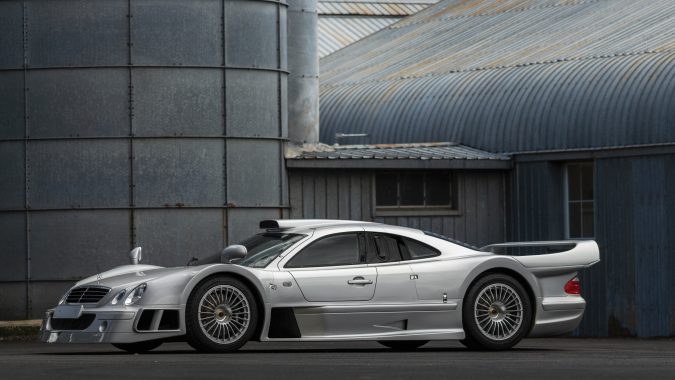 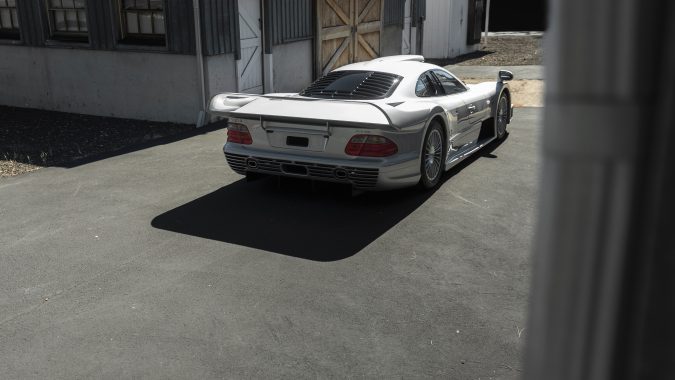 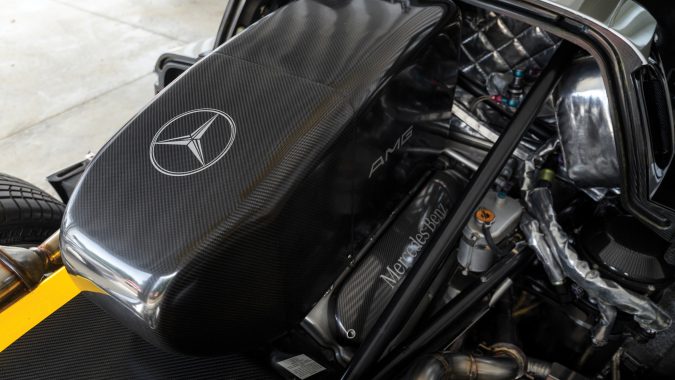 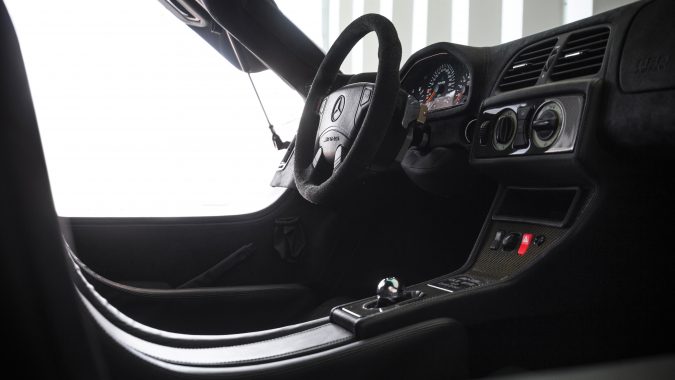 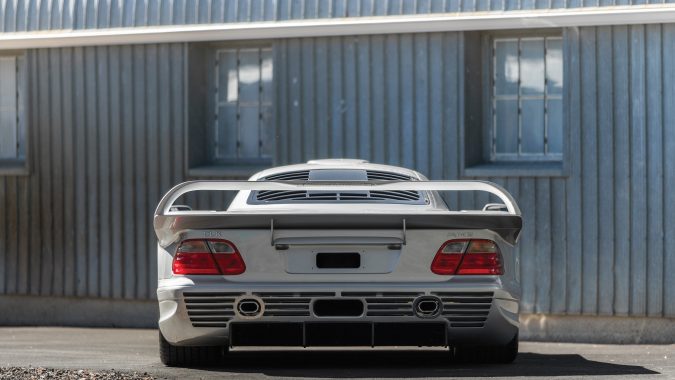 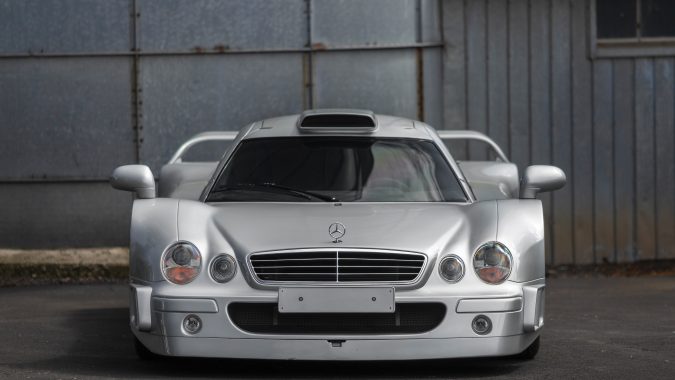 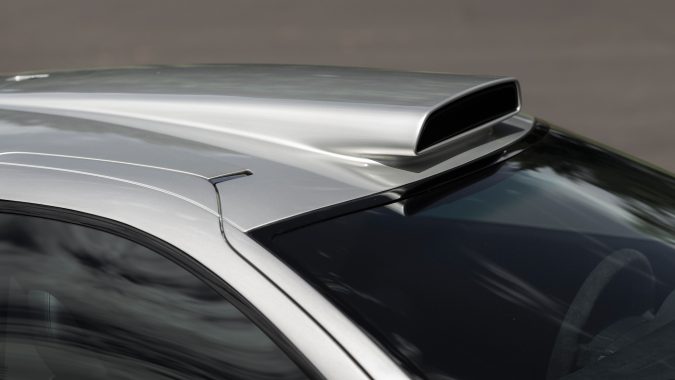 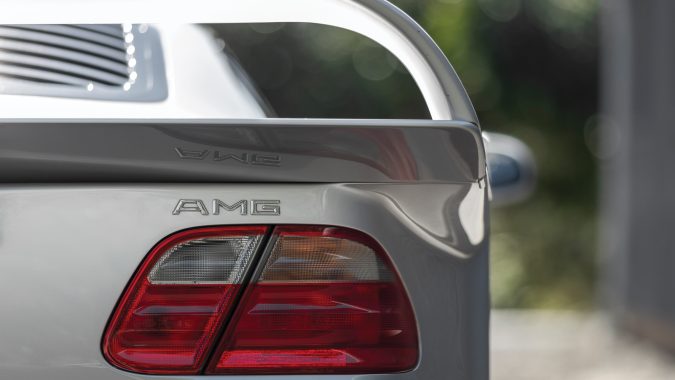 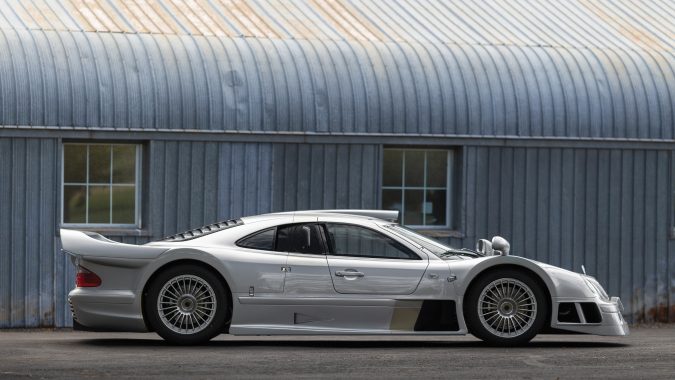 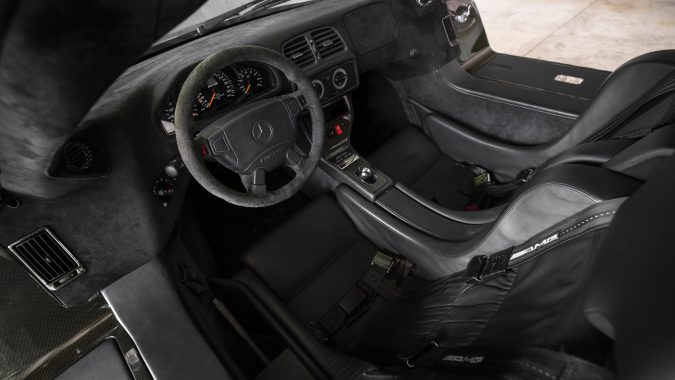 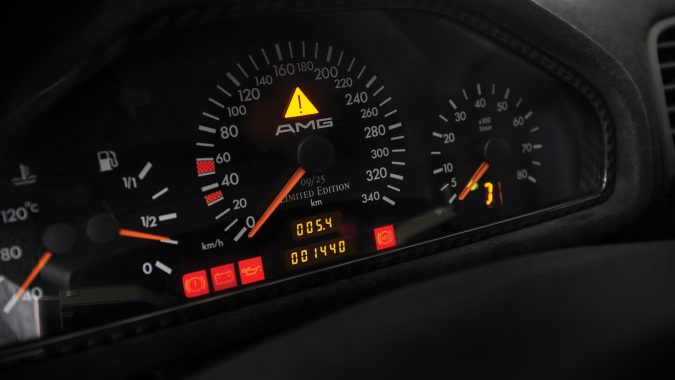 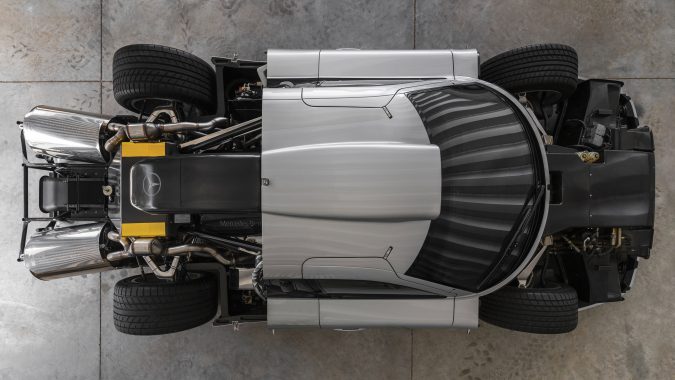 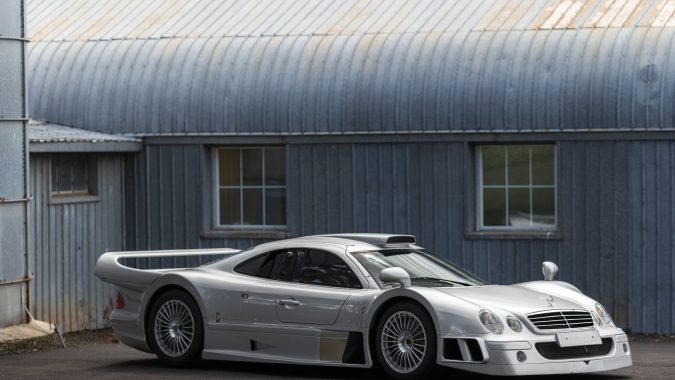 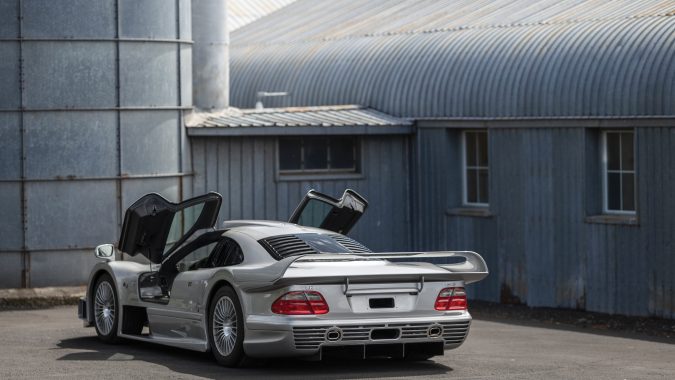 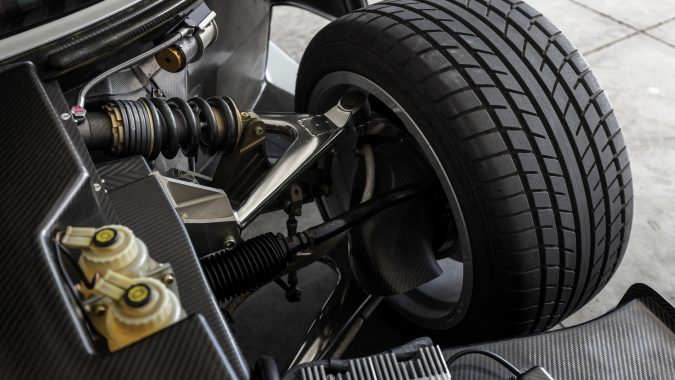