Porsche may have somehow reinvented and reinvigorated the manual transmission buyer with the limited-run 911 R a couple of years back, but this is one that was even more of a retro throwback to make a modern car as much like its forebearers as possible. It’s one of just 250 Porsche 911 Sport Classics ever built, and now its for sale with a lower number on the odometer than there is on the boot badge.

The 911 Sport Classic, built in 2009 and 2010 as 2010 models, started out as a standard 911 Carerra S, but was fitted with the wider rear fenders of the all-wheel drive versions. So it’s a widebody rear-driver, much like the GT3, but far less common. There’s other bodywork here that looks like the GT models, and some that makes it look like special 911s of old. There’s a special new front splitter, a mildly double-bubble roof, and special side skirts. Look closer and you’ll see the Sport Classic-special head and taillights. But the real charm here is that ducktail. 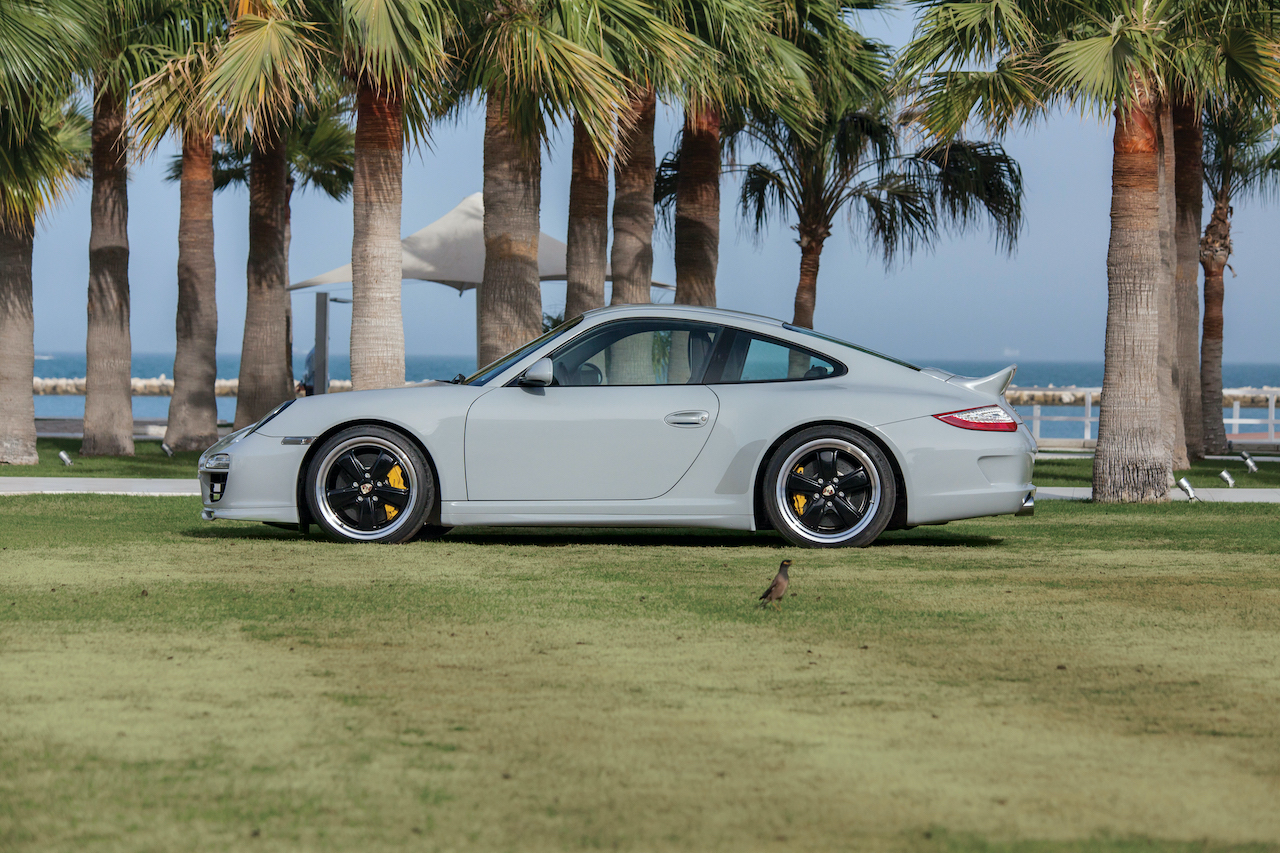 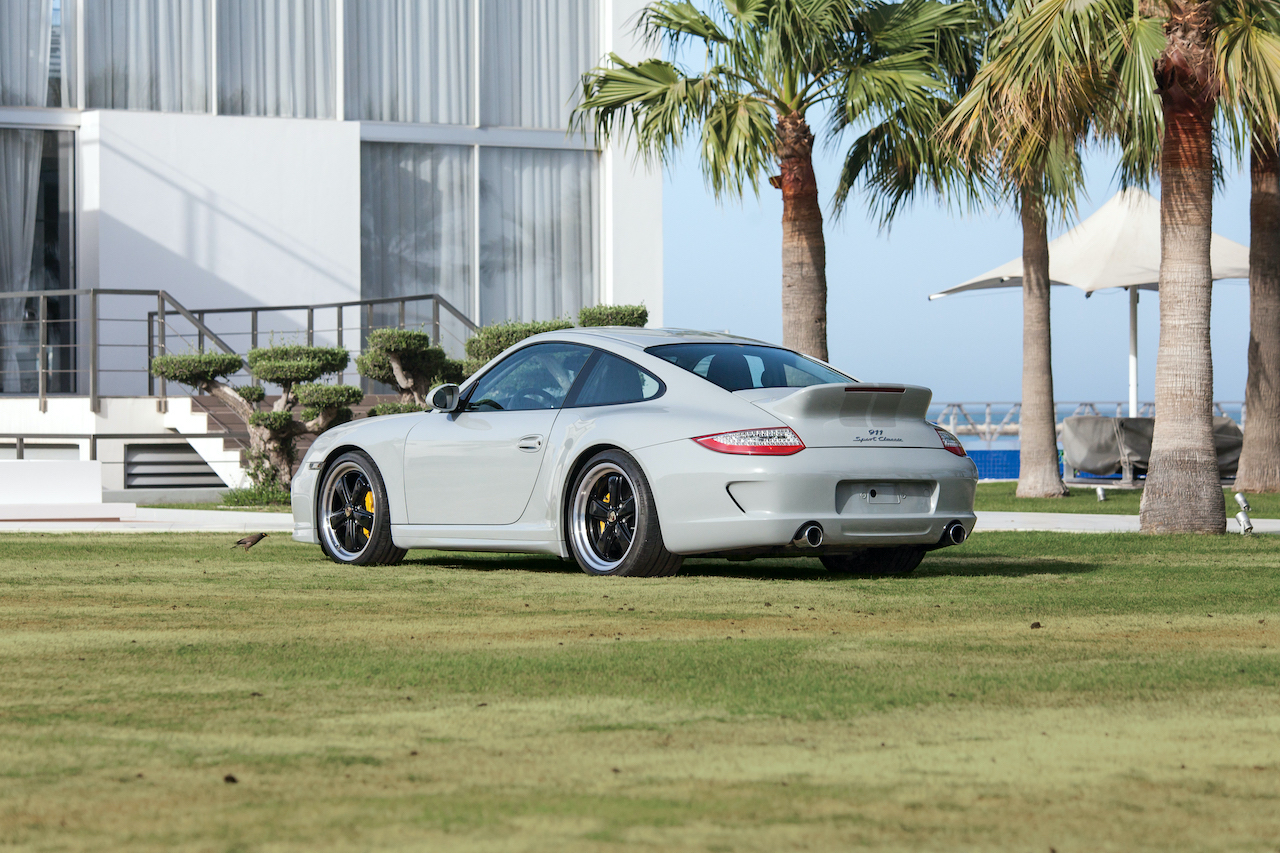 A throwback to the original 911 2.7 RS models, the Sport Classic gets the ducktail spoiler that might be one of the best Porsche design elements of all time. The Sport Classic was also fitted with special black painted wheels that are designed to look like the classic Porsche Fuchs wheels. They also do a great job of covering the carbon ceramic brakes.

Inside, the cars were fitted with adaptive sport seats trimmed in a special mix of woven leather and fabric, with espresso natural leather to set off the special Sport Classic Grey exterior paint. 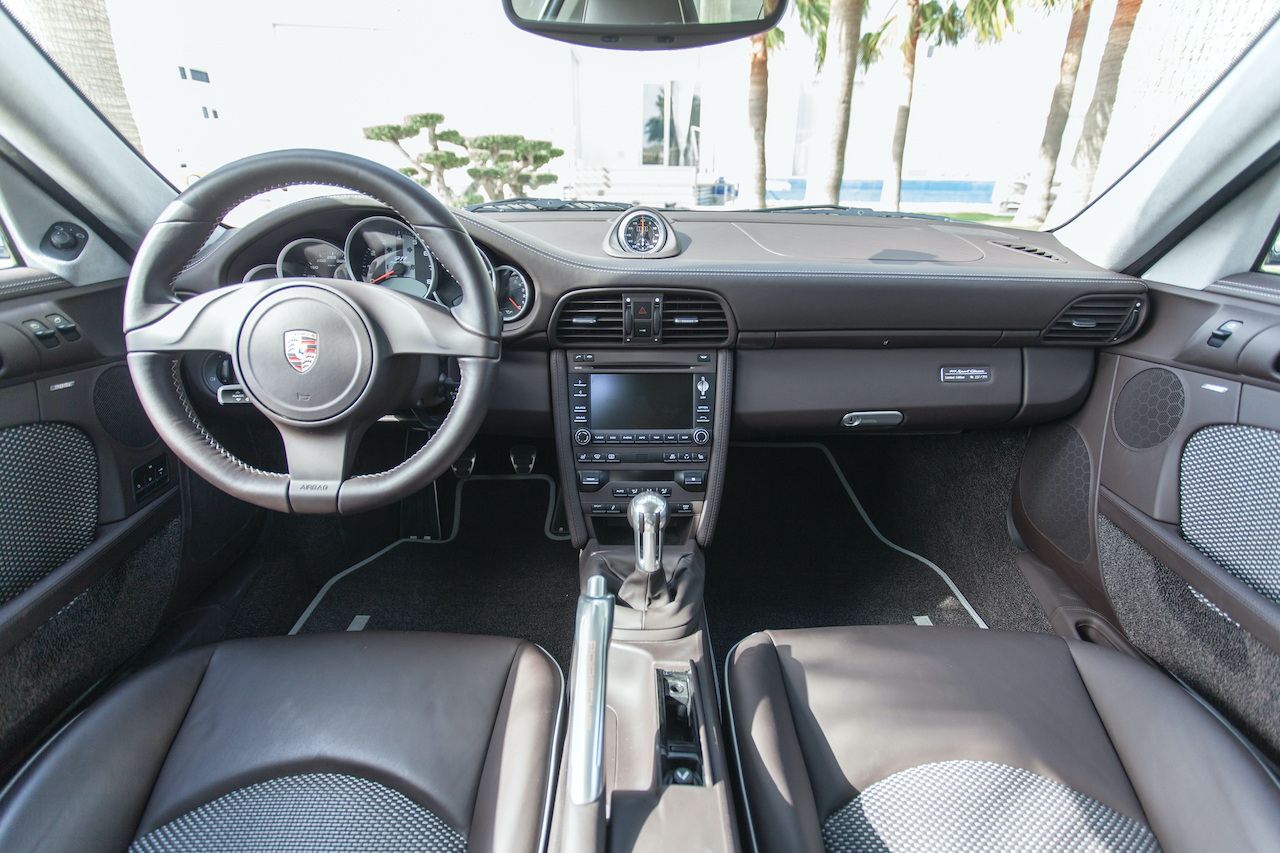 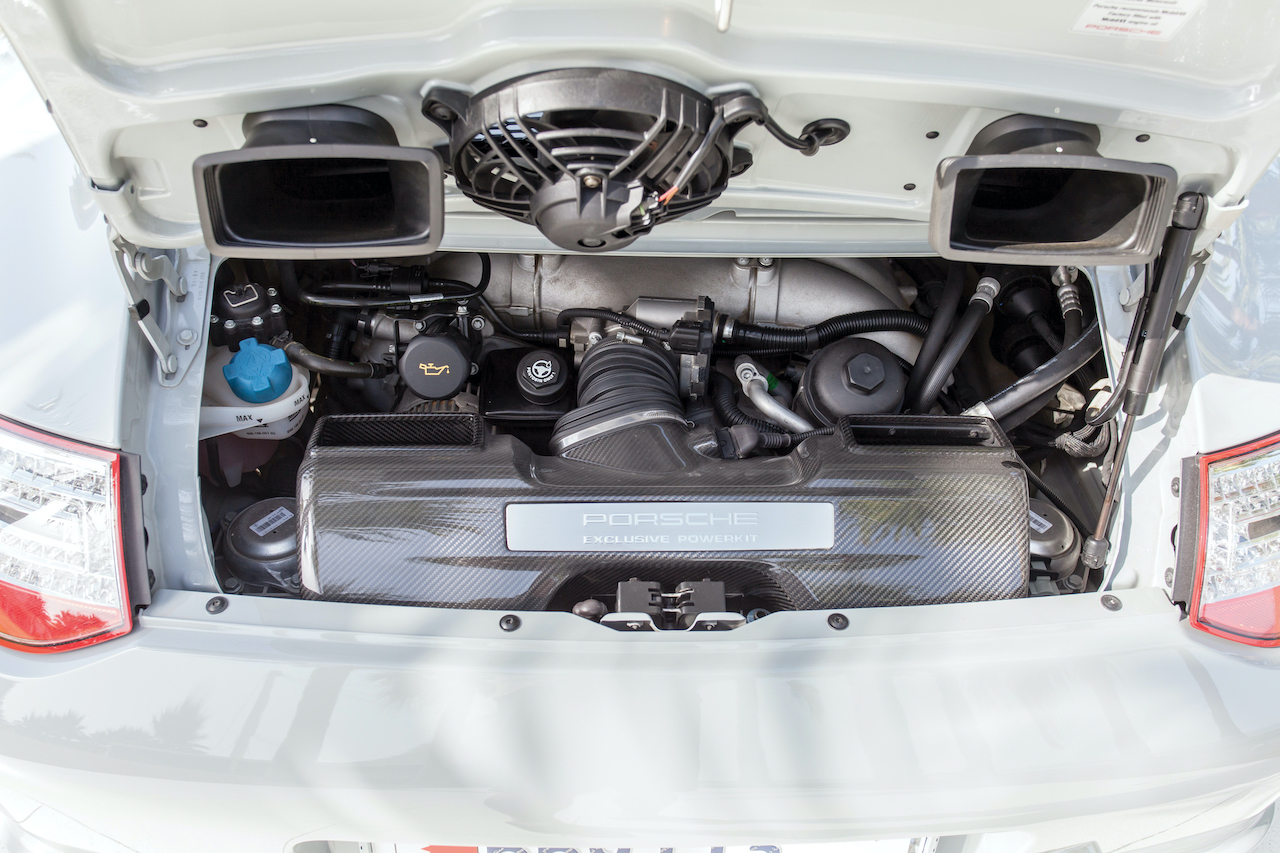 All of the Sport Classics were fitted with the Power Pack for their 3.8L flat-sixes. That’s a reworking of the cylinder heads, intake, exhaust, and computer that boost power 23 hp to 408 hp. Finally, the Sport Classics have a limited-slip diff, aluminum doors, and they’re about 2 cm lower.

They were never sold here, but this car, number 237 of 250 total, was built for and sold in the Middle East. Since leaving Stuttgart, it’s covered just 650 km, sitting in multiple collections, and with this owner since 2016. The Sport Classic has been called one of the most desirable 997 911s, because of its pared-down, driver-friendly nature. So naturally, most of them, like this one, were never driven. Here’s your chance to buy a nearly new one at RM Sotheby’s Abu Dhabi auction, and give it the drive it deserves. 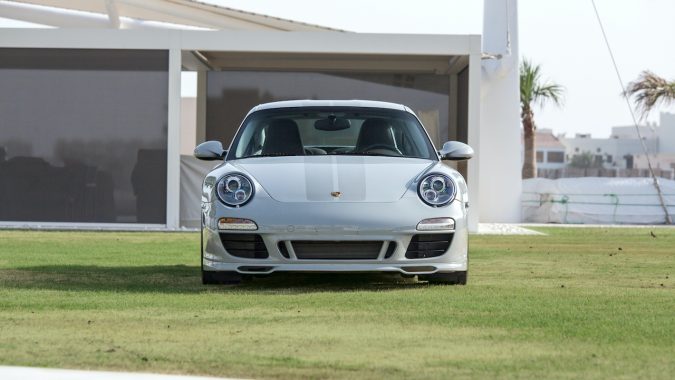 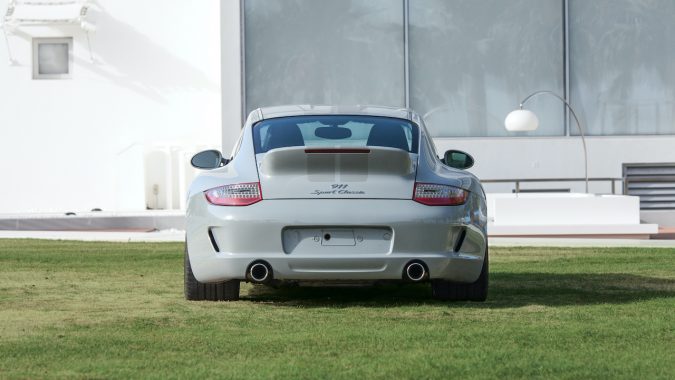 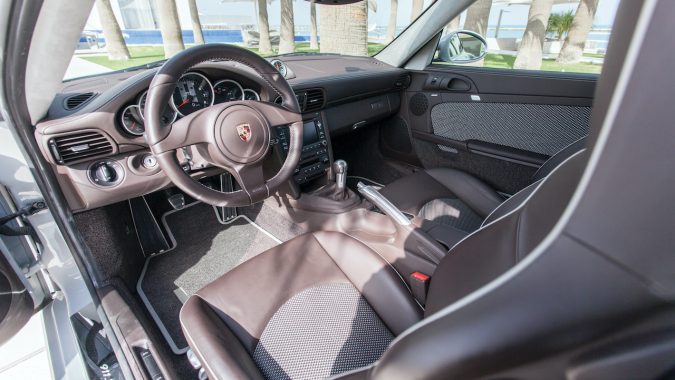 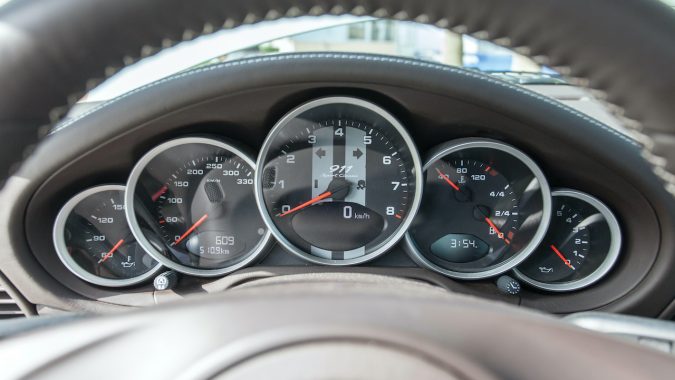 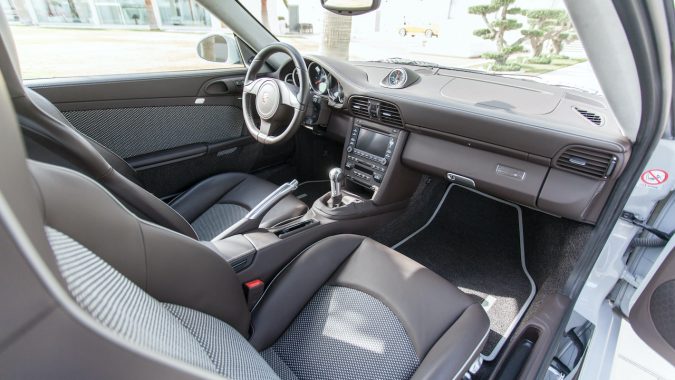 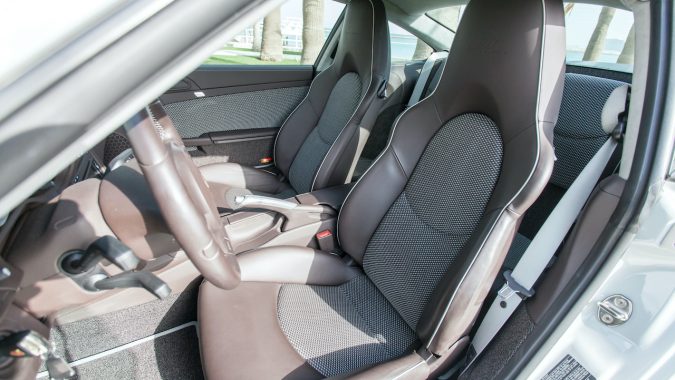 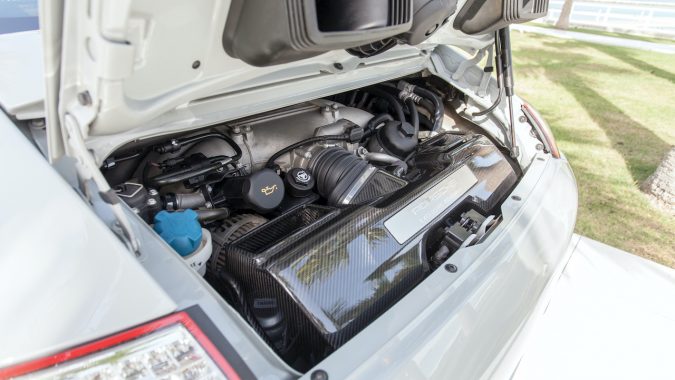