It's listening for excessive sound levels and then sends offenders a ticket in the mail.

Tired of that loud exhaust that’s been blasting up and down your street all night? Well, so is the UK Department for Transport, and a new kind of camera might just be putting an end to loud pipes.

In the UK, as in much of Europe, the camera is everywhere. If you’re on the road, then you’re likely to be captured by surveillance and number plate recognition cameras no matter what your speed. Plus there are red light cameras. And two different types of speed camera. One that measures your speed at that moment and another that has two cameras spaced kilometres apart that makes sure your average speed between the two isn’t over the limit. Now they’re looking at a new type.

It’s called a noise camera. It puts a microphone on the pole with the traditional license plate capture and video cameras. What’s it looking for? Nothing. It’s listening for excessive sound levels and then sends offenders a ticket in the mail.

“Noise pollution makes the lives of people in communities across Britain an absolute misery and has very serious health impacts,” said Transport Secretary Chris Grayling. “This is why I am determined to crack down on the nuisance drivers who blight our streets.”

Even the motorcycle trade seems onboard with the new idea. “With growing pressure on the environment, including noise pollution, illegal exhausts fitted by some riders attract unwanted attention to the motorcycle community and do nothing to promote the many benefits motorcycles can offer,” said Motorcycle Industry Association CEO Tony Campbell.

The Department says that the issue of noise is more than just the, well, noise. They said that studies link noise to “significant physical and mental health implications.” Including heart attacks, type 2 diabetes, and stress.

For now, the noise cameras are just a test program. There will be a prototype camera set up and tested at multiple locations over the next seven months. But if those trials are successful, things could be getting a whole lot quieter in the UK over the next few years. Well, traffic could get a lot quieter, that is. 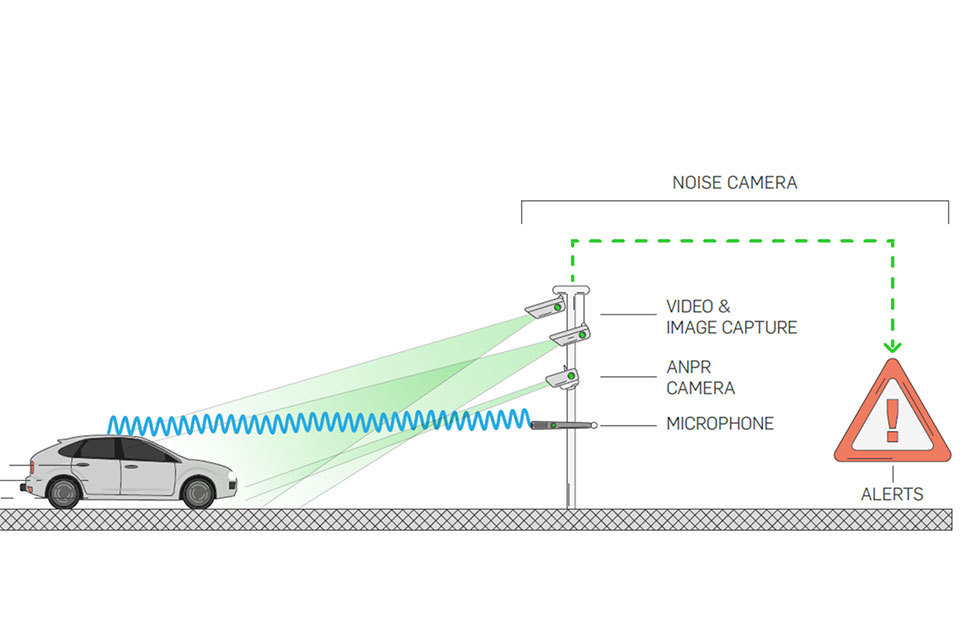