There are two sides to every story

Reported by the Washington Post: Multinational companies, including some from Canada, have been extracting billions of dollars of lithium from salt flats high above sea level in Chile but impoverished native people haven’t seen much of that money at all.

When I left the Toronto Star in 1978 to go out to Kingston to work at The Whig-Standard, I was not aware that the newspaper would be used as a laboratory in which journalism experimentation would be conducted.

Led by the incomparable Neil Reynolds, the Last Great Newspaper Editor in Canada who died in 2013, the Whig (as it was known then and remains today) became the darling of print journalists and journalism schools across the land for doing in the 1980s what every other paper and magazine in the country should have been doing but wasn’t: investigative and public service journalism.

We (and those of us who were there during those glory years always referred to the Whig as a collective) either won the Michener Award (for public service journalism) every year during that decade or else we were a runner-up. Some of us (Harvey Schachter, in particular) won National Newspaper Awards. We did many things that were responsible in that one-paper town and we did things that were often way over the top. In fact, it could be said, with some justification, that we occasionally abused our monopoly.

For instance, we once published a 30-part series on taxation. Yes, you read that correctly. We published a front-page story, complete with graphs, photos and sidebars (smaller stories that complement the main one) for 30 straight days. That’s five weeks of stories about taxes. And we made it the top story of the day for those 30 straight publishing days, regardless of whatever else was going on in the world at the time.

We also became fascinated with the environment. Yes, we were maybe 20 to 25 years ahead of the rest of the world on this one, but we became known, far and wide, as the environmental newspaper. We had fans: the late Abbie Hoffman, the U.S. activist/anarchist who co-founded the Youth International Party (the Yippies), thought we were terrific. We had critics: the late Fred Madden, general manager of the Whig, once said that if a dog defecated on a lawn in Kansas City, it would be on the front page of The Whig-Standard the next day. 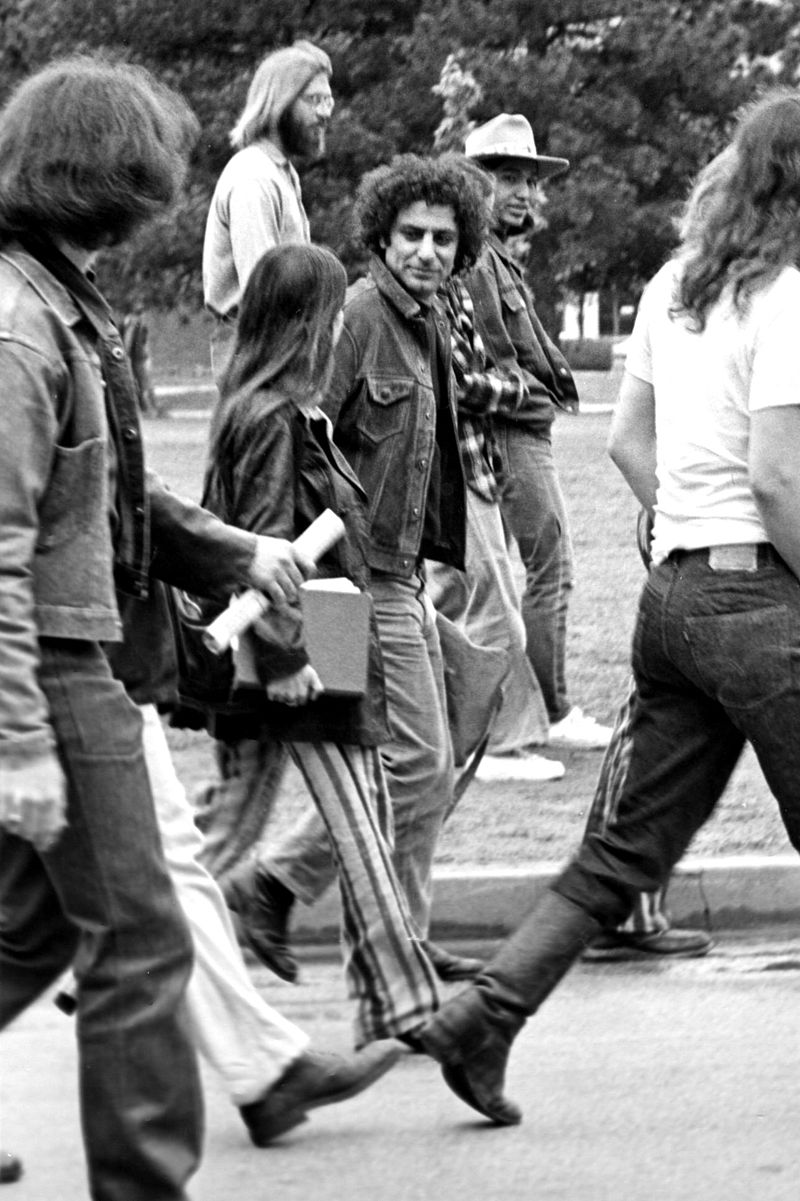 But some good came out of all this, because I learned one very important thing during the reporting about taxation and the environment (and the dangers of eating cured meats, and fluoride pollution, and government manipulation, and Russian involvement in Afghanistan, and etc.) and that is this: there are always — always — two sides to every story.

The way the news industry has gone in recent years, this is not always the case.

Which brings me to electric cars and the North American International Auto Show, which is going to open in Detroit next week. You can bet that many of the manufacturers who will roll out all-electric or hybrid “product” will tell you everything that is good about EVs (and there is much that is good). But there are also some things that are bad about EVs and other electronics and I am going to write about some of it today.

You don’t hear a lot about this. I’m not going to go off on a tangent about why this is, other than to say that much of what is published and broadcast today has roots in a political agenda of one kind or another and if the “news” doesn’t fit the philosophy, it often doesn’t see the light of day — or not much of it does, anyway.

The Washington Post has done most (if not all) of the heavy lifting on this story — the Toronto Star has republished some of it — and it is this: production of lithium-ion batteries, which power electric cars and cellular telephones, is killing people in Africa who mine the cobalt that goes into them and making people sick in China where the equally important ingredient graphite is manufactured.

And the other dirty little secret, also reported by the Washington Post, is that multinational companies, including some from Canada, have been extracting billions of dollars of lithium from salt flats high above sea level in Chile but impoverished native people haven’t seen much of that money at all.

According to the Post, a joint Canadian Chilean lithium company named Minera Exar negotiated contracts with six aboriginal communities for a new mine on ancestral lands expected to generate about $250 million U.S. a year in sales. 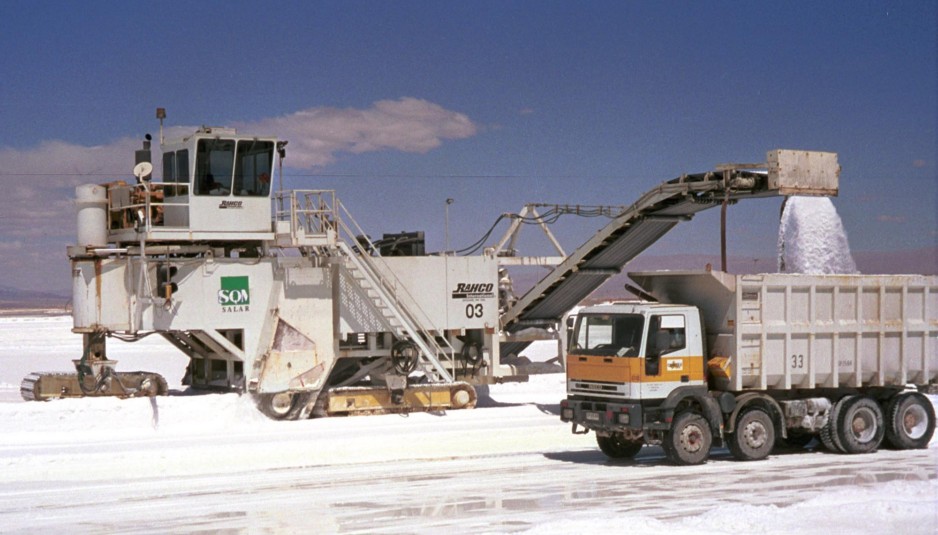 A team of Post reporters visited some of those communities and found what the paper said was “a striking contrast — faraway companies profiting from mineral riches while the communities that own the land struggle to pay for sewage systems, drinking water and heat for schools.”

Lithium production, like oilsands production, uses a lot of water and some local residents fear this will exacerbate already-existing shortages.

“They are taking everything away from us,” Carlos Guzman, 44, an indigenous resident who leads a group worried about contamination and water use by the lithium mines, told the newspaper.

“These lands are ancestral. We live by this. By the fields. By our cattle. This way of life is in danger.”

The communities are divided, of course, in that some people maintain they are better off because they have jobs in the mines. But the point is this: everything has another side.

Now, sit down for this.

In some parts of China, where factories produce graphite — an ingredient in lithium-ion batteries — the pollution is so thick that it coats the sides of buildings. Reported the Post:

“The companies making (products like smartphones, laptops and cars) promote the … ‘clean’ technology. But virtually all (the necessary) batteries use graphite and its cheap production in China, often under lax environmental controls, produces old-fashioned industrial pollution.

“At five towns in two provinces in China, Washington Post journalists heard the same story from villagers living near graphite companies: sparkling night air (from the polluting particles), damaged crops, homes and belongings covered in soot, polluted drinking water and government officials inclined to look the other way in order to benefit a major employer.” 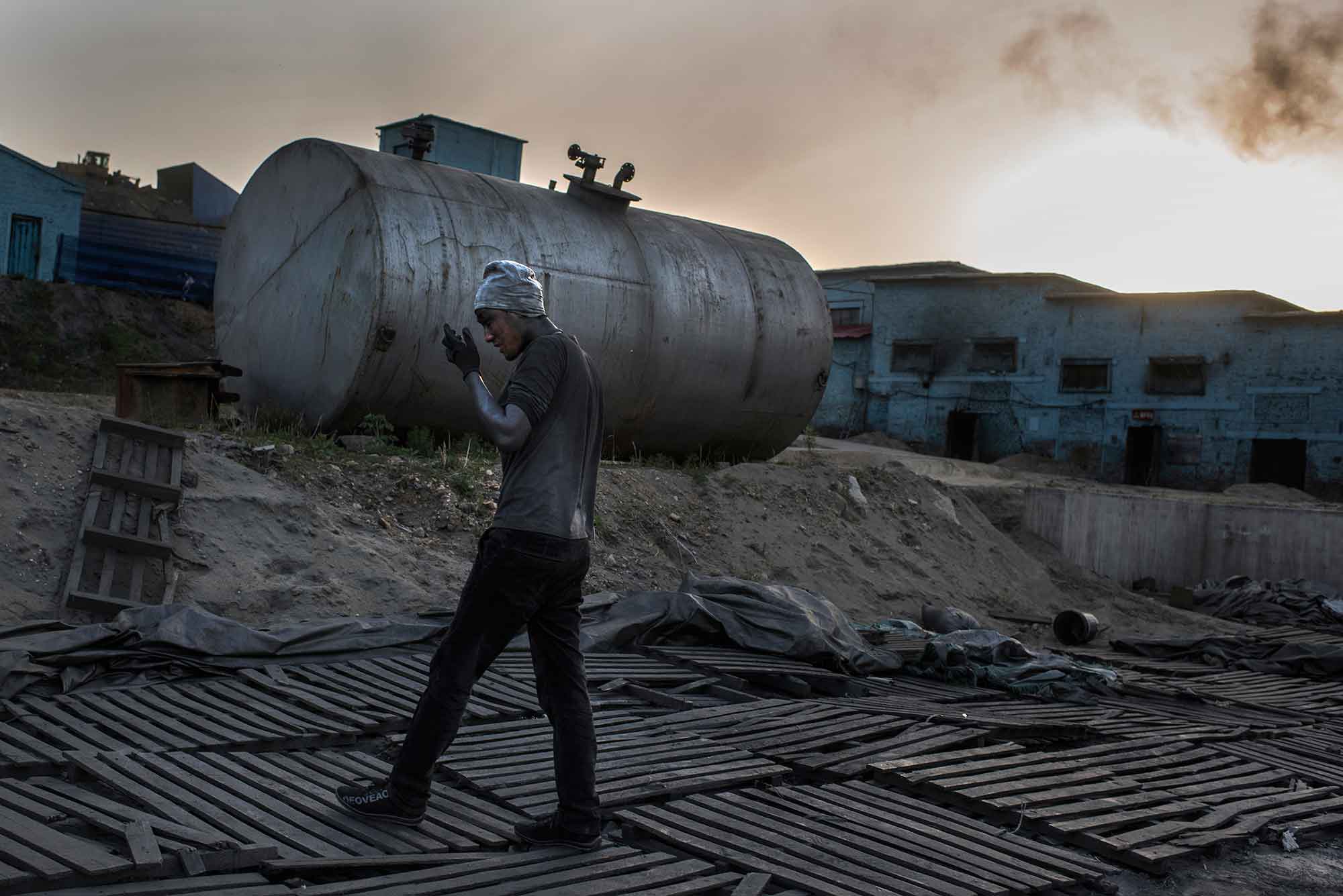 MASHAN, CHINA – MAY 28 A graphite worker walks across the Jin Yang graphite factory in the town of Mashan, China on May 28, 2016. Workers have very little safety equipment at many of the graphite factories. The graphite, which is purchased by Samsung and LG Chem, is a key ingredient in lithium batteries for mobile phones and electric cars. (Michael Robinson Chavez/The Washington Post)

And in Congo, where the demand for cobalt (essential for rechargeable lithium-ion batteries) is now frantic, an estimated 100,000 miners, including children, mine the stuff in conditions not unlike those once endured by Nova Scotia coal miners.

In a mine near Kolwezi, Congo, miners use hand tools to dig down hundreds of feet with few, if any, safety controls. Reported the Post:

“Deaths and injuries are common. The mining activity exposes local communities to levels of toxic metals that appear to be linked to ailments that include breathing problems and birth defects, health officials say.”

I don’t know about you, but I haven’t seen or heard about any of this on the CBC or CNN.

It’s unlikely that any of what the Washington Post has been reporting will change the headlong rush toward electric cars. But I’m told, almost on a daily basis, that the “tarsands” are killing the planet and that oil pipeline construction is contributing to pollution as well as threatening the way of life of First Nations communities in both Canada and the United States.

Which may very well be true. But the next time you turn on your electric car, or charge the battery in your phone or your laptop, you might pause and give some thought to how lithium, graphite and cobalt production isn’t everything it’s cracked up to be, either.