Turo is an app that permits car owners to post their vehicles online and invite strangers to rent their car for a day of errands or even weeks of cross-country travel.

Join the Conversation (1)
They say necessity is the mother of invention. The origin of Turo suggests the absence of necessity can be a mother, too, by turning idle cars into a source of revenue.

Eight years ago Harvard School of Business student and Zipcar customer Shelby Clark was stuck in Boston during a snowstorm and desperate to find a car to use. Zipcar was fresh out of vehicles and Clark was frustrated.

“’All these cars are parked on the street doing nothing, so why can’t I just borrow one?’” Turo Canada director Cedric Mathieu recalls Clark thinking.

That snowy day was the impetus for a new kind of car sharing service that allows private automobile owners to rent out their vehicles via an app, in much the same way homeowners can rent out their living space using Airbnb. 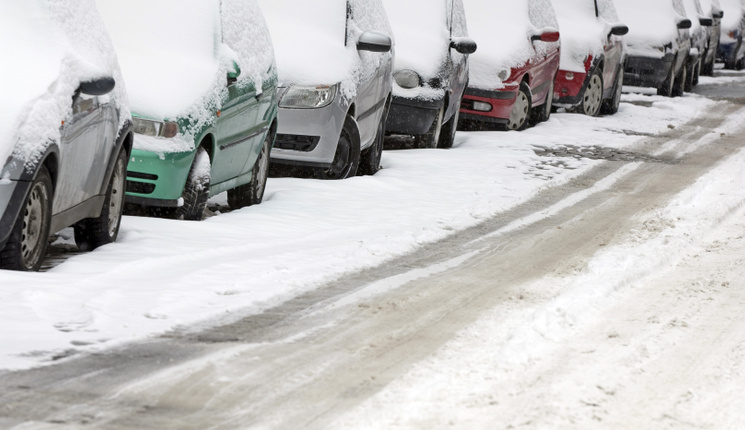 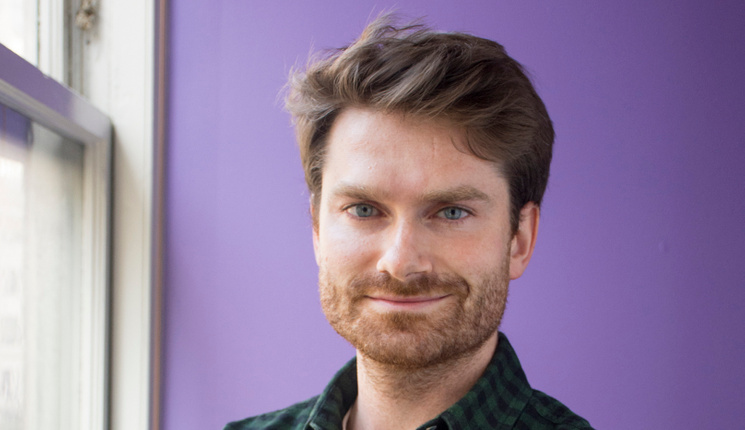 Clark, along with Harvard classmates Nabeel Al-Kady and Tara Reeves, created an application that permits car owners to post their vehicles online and invite strangers to rent their car for a day of errands or even weeks of cross-country travel. Car owners set whatever fee they wish, while the renter pays Turo for using the app.

The original business was called RelayRides and it launched in 2010 in Boston – ironically, Zipcar’s home base – before going nationwide in 2012. It was renamed Turo in 2015 to give the company a more international handle that’s both memorable and easy to pronounce in any language.

“We wanted to convey a sense of adventure and fun, and shift the brand towards the tourism market,” explains Mathieu. The service was recast as more “aspirational,” rather than merely being an alternative to Zipcar, which rents its cars by the hour (Turo’s minimum is one day).

“Turo is not about simply getting from point A to point B. We like to say that for every occasion you can get exactly the right car for your needs,” says Mathieu.


Turo immediately clicked with consumers. Forbes magazine named Turo among the 14 hottest start-ups in 2015, and it’s been called one of the best travel apps available. In its first international foray, Turo arrived in Canada in the spring of 2016.

“Canadians were signing up for Turo in the U.S. from the beginning, and our growth in Canada has been quicker than it was in America,” notes Mathieu. “The cost of car ownership is higher here, so the motivation to rent out your vehicle is greater.”

In one year, Turo signed up 140,000 Canadians who have access to more than 3,000 private vehicles in 220 communities in Ontario, Quebec and Alberta. Toronto customers can choose anything from a $24-a-day Chrysler PT Cruiser up to an Aston Martin DB9 convertible at $600/day. 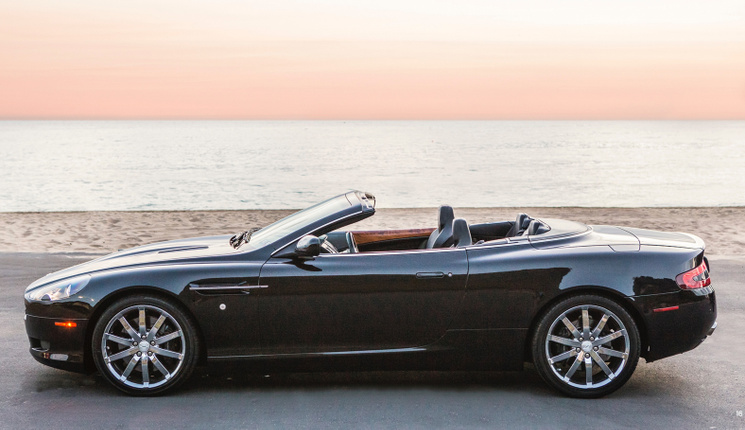 Most cars are well used, but nearly new models are not uncommon, such as a Hertz-grade 2017 Toyota Corolla for $48 per day, which falls to $41 if the rental period extends to a week or more. Compare that with Hertz, which charges $85 for the same model, or Zipcar, which charges $79/day plus a membership fee.

BMW takes on Uber with its own ride service in U.S.


If the notion of renting your car to a stranger sounds odd, then you haven’t been paying attention to the new sharing economy.

The post-war 1950s boomed largely thanks to the advent of the suburbs, a form of industrialization that put buyers into ready-made houses that encouraged consumption by design. Every homeowner needed new furniture and appliances, a lawnmower and one, and then two, automobiles.

Suburbanization has fallen out of fashion today as younger people favour living in the city, and openly question the wisdom of car ownership. Why buy a rapidly depreciating asset that spends 95 per cent of its life sitting in a driveway or parking lot?


Suburbanization has fallen out of fashion today as younger people favour living in the city, and openly question the wisdom of car ownership.


Rather than tie up money owning an automobile, consumers are keen to be free of unnecessary financial obligations. If commuting to work can be accomplished by transit or cycling or walking, then car sharing on the weekends becomes a palatable solution.

Judging by the online feedback, the peer-to-peer interaction of Turo renters with vehicle owners – replacing the corporate environment of an airport rental counter or call centre – is a big part of the appeal. Car owners are rated online, and the reviews are often gushing.

“Utsav is a great car owner and a cool person, too. He was very flexible about my pick-up and when we had an issue with the drop off, he helped to make a speedy fix to the situation!” reads a happy remark posted on Turo.com. 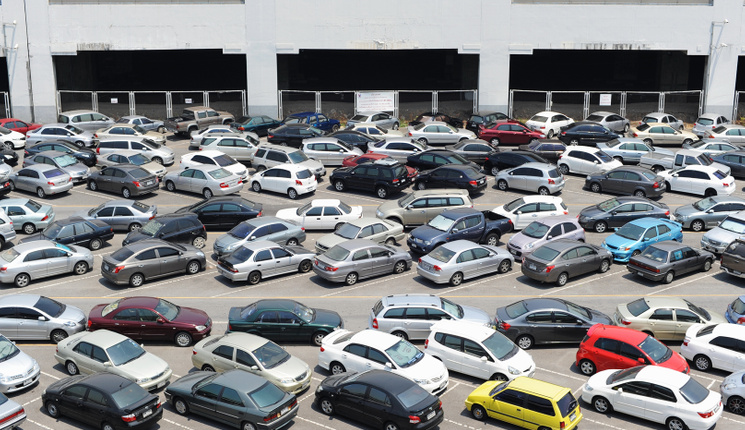 
Utsav Sarkar is a Mississauga, Ontario, resident who discovered Turo while on vacation.

“I got into it accidentally when I rented a Mustang convertible at a low price a few years ago in Hawaii,” recalls Sarkar. He waited for Turo to come to Canada, then jumped in.

“I was trying to sell my 2012 Volkswagen Jetta last year. I thought maybe I would try renting out the car on Turo, and was a little surprised when people started contacting me.”

Because Sarkar lives close to Toronto’s Pearson International Airport, he receives lots of inquiries from people flying into town and looking for an affordable car rental. He lists his white Jetta for $69 per day, but sets a three-day minimum rental.

“I avoid one-day rentals because there’s too much hassle delivering and picking up the car daily,” he notes. Business is so good – he’s had a few months where he’s collected more than $1,000 – that he bought an Audi Q5 as his primary vehicle, which he does not rent out.

Mathieu says Sarkar’s experience is indicative of the Turo affect, which sees owners acquiring better vehicles than they might have otherwise purchased, knowing that they’ll earn an average $500 a month or more to underwrite the vehicle’s cost.

In reality, owners who have become “entrepreneurial” by renting out more than one vehicle on Turo represent a bit of a contradiction. Rather than putting idle cars to work serving others as per Shelby Clark’s vision, successful owners are dispatching multiple vehicles on the road that otherwise would not have been there. Mathieu doesn’t see it that way.

“The fact that Utsav has several vehicles on Turo doesn't contradict our mission of putting the world's billion cars to better use, in the sense that these cars are utilized more than the average car – especially in a city like Toronto – and enable dozens of renters to live without a car,” Mathieu counters. He says only 5 per cent of vehicle owners have more than one car on Turo.

Toyota and Uber look at collaboration


Turo partnered with Intact Financial to provide three protection packages for renters, each with a different level of damage protection. During the delivery and rental periods, Intact’s commercial fleet insurance provides car owners with $2 million in third-party liability, comprehensive and collision coverage, standard accident benefits and replacement cost for vehicles up to four years old.

“Accident claims don’t affect my own car insurance,” says Sarkar, who’s already put in a few claims for the Jetta after suffering minor collision damage at the hands of guests. “These accidents were covered 100 per cent by Intact and the service is excellent.”

Like every business, Turo has its share of detractors. Common complaints posted online by renters talk about some poorly maintained vehicles, paying for damage that was caused by someone else, mysterious additional fees, and abruptly cancelled rentals.

“Turo is incapable to making arrangements or compensating when owner cancels the car reservation at the last moment,” wrote one customer who had to scramble to find an alternative rental.

On the flip side, vehicle owners complain about careless renters who ignore return times, smoke in the vehicle, return it with unexplained damage, abandon the vehicle just about anywhere, or abuse it mercilessly.

“I had my 2017 Maserati Levante rented on Turo and the driver brought the car back with smoke coming out of the engine! Seats smelled like marijuana and drugs, the Check Engine light is on and there is no coolant!” reads a memorable grievance online.