Trucking down a new road

In Canada, pickups rule the range when it comes to sales. And with an imminent electric future, there’s a lot on the line for Ford and Chevrolet.

Join the Conversation (0)
It’s game on in the full-sized EV pickup wars, as Ford Motor Co. and General Motors prepare to do battle in a new and potentially hugely lucrative marketplace.

The Ford F-150 has been the bestselling pickup in Canada for decades. In spring, Ford is scheduled to begin deliveries of the F-150 Lightning, the first electric pickup from the Detroit Three automakers.

Pickups are big business. According to Automotive News Canada, Ford sold 116,401 internal-combustion F-Series pickups in 2021, accounting for nearly half of the company’s 243,447 total passenger-vehicle sales. For comparison, the second-place Escape crossover found homes in 25,960 Canadian driveways.

GM also is jumping into the fray with its the 2024 Chevrolet Silverado EV, which was introduced in early January. It won’t arrive until the spring of 2023, a full year after the Ford. 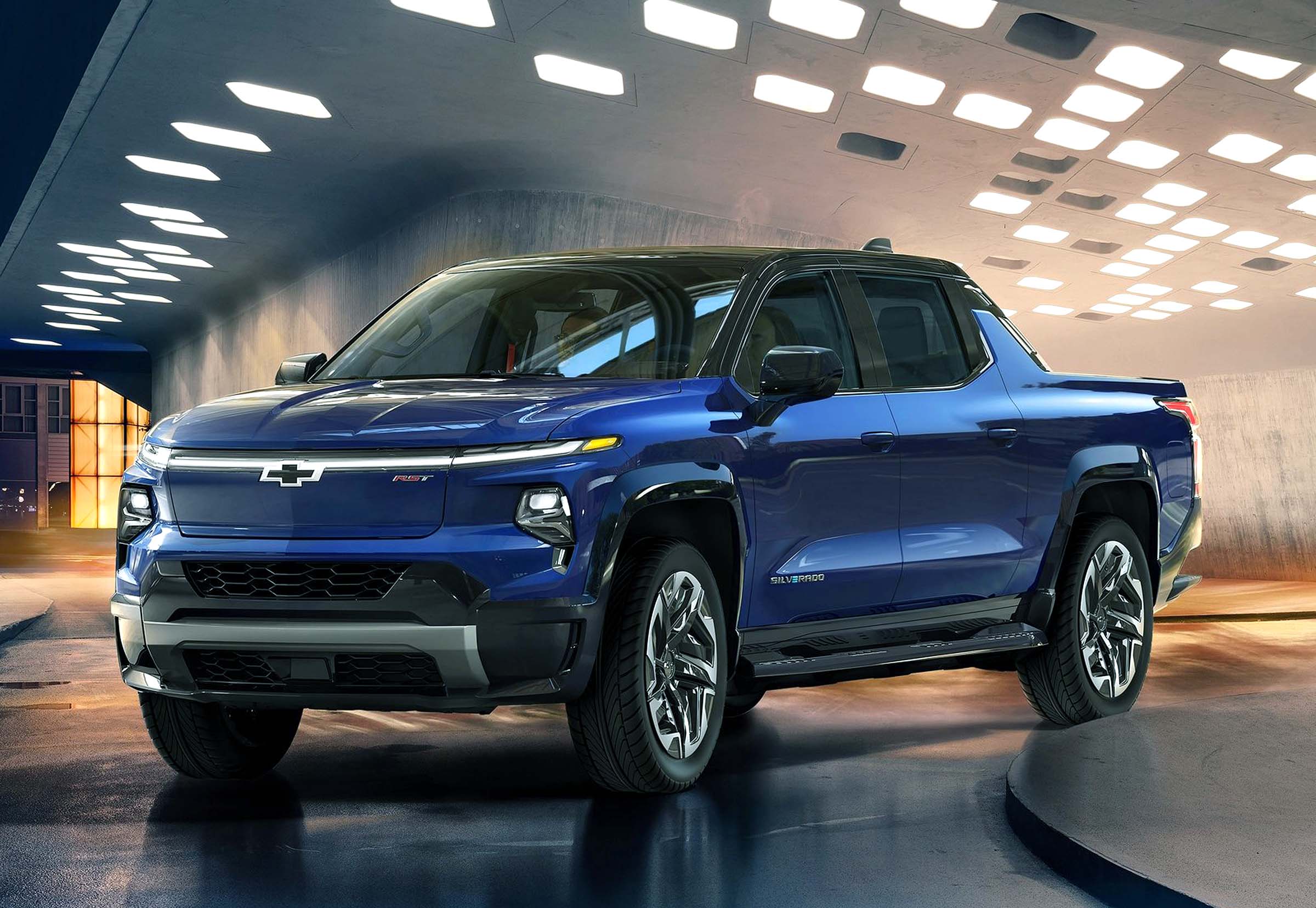 Both automakers have a lot at stake with their respective EV variants. Here’s how they stack up, based on preliminary specifications offered by the automakers.


The Chevy is based on the GM Ultium platform, which the company is using as the basis for its wholesale move to EVs in the next few years. The maximum range on a single charge is 400 miles (640 kms) and the 800-volt system can add 100 miles (160 kms) of range in a claimed 10 minutes.

Range is the category that’s by far the biggest win for the Silverado, as it’s a full one-third further than the 300-mile (480-kilometre) range of the Lightning when equipped with the optional extended-range battery. The standard battery is good for 230 miles (370 kms).


The F-150 Lightning will be offered in two trim levels for the Canadian market, versus three in the United States. The base model, called the Pro, will be priced at $58,000. Meanwhile the more upscale Lariat starts at $68,000. Both models will feature super-crew four-door cab configurations with 5.5-foot beds.

Chevrolet is promising a full range of Silverado EV models, starting with the WT (work truck), which is intended for fleet customers and starts at $52,448, plus the destination charge. Prices go all the way up to $119,948 for the RST First Edition, which is, as the name implies, the first electric Silverado to arrive. Chevrolet opened the online portal in January and the First Edition is already sold out. Deliveries are expected to begin in fall 2023. Customers can reserve their 2025 Silverado WT and RST now with expected delivery in spring 2024, according to the portal. All Silverado EVs will have four-door crew-cab bodies. 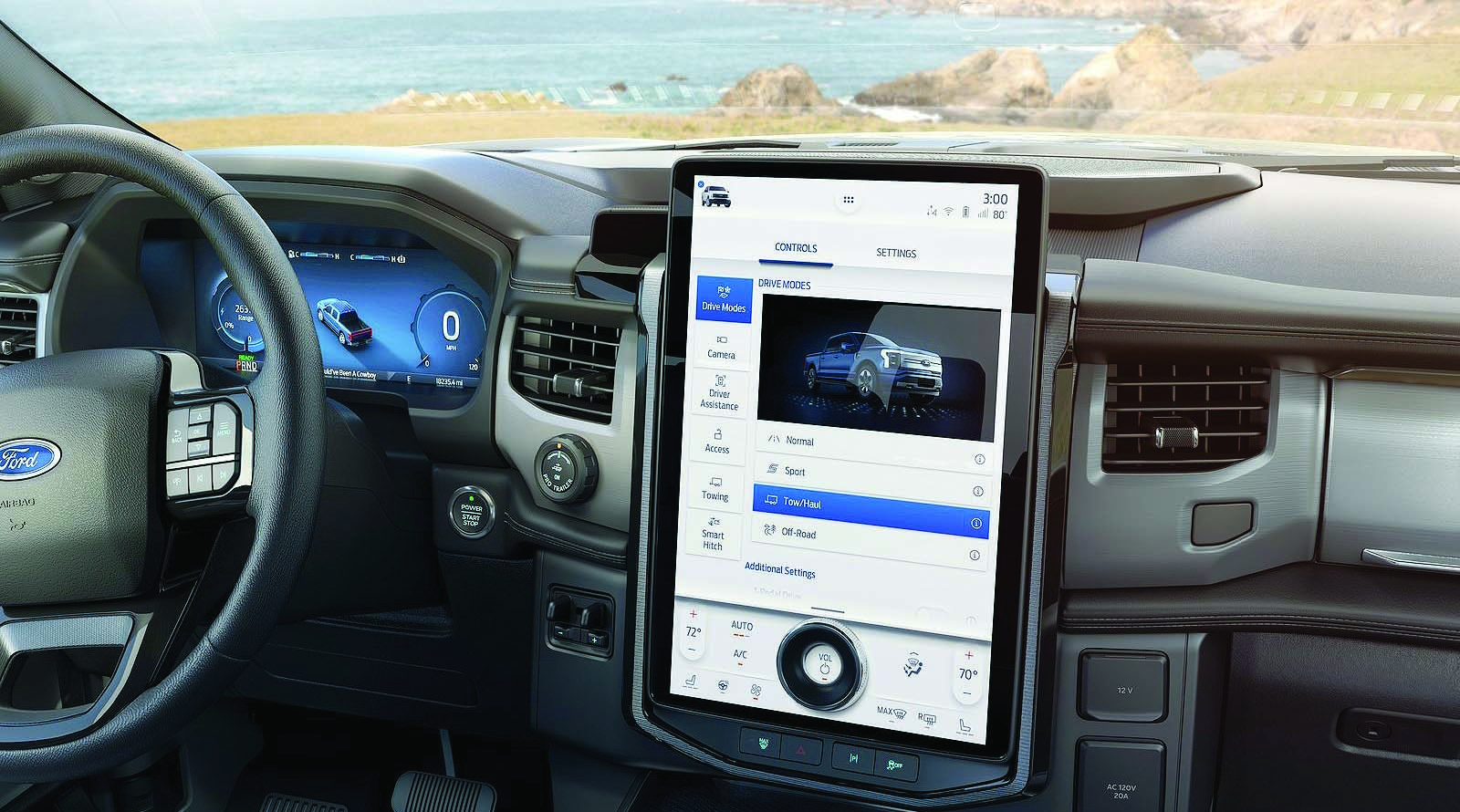 An interesting feature is the return of “mid-gate” wall that separates the bed from the cab. As was the case in the long-gone Chevrolet Avalanche, the wall can be dropped to elongate the bed.

The Chevrolet will produce up to 660 horsepower and 780 pound-feet of torque. That tops the 563/775 ratings of the Ford when it’s equipped with the optional battery pack. When it comes to towing capacity, the max for both vehicles is 10,000 pounds (4,500 kilograms), although Chevrolet says it will eventually offer a fleet model that can pull up to 20,000 pounds (9,000 kilograms).

Both pickups are loaded with standard and available technology features, including semi-autonomous freeway driving, large interior touch screens, multiple power outlets and the ability to run the electricity into your house during a power outage.  The Silverado has four-wheel steering.

Being first matters. The Silverado EV will not arrive in any volume for at least two years. Its shape is unique, but it looks like less of a pickup than the Lightning, which also hampered the Avalanche (which also cost more than a similarly equipped Silverado). The Ford will arrive sooner and in terms of marketing buzz, the Lightning name is a lot catchier and more evocative than Silverado EV.

Is there a clear winner?

As is the case with their gasoline counterparts, the two EV pickups are fairly evenly matched on paper. What’s not known is how they drive, although General Motors has more EV experience. The Silverado EV’s biggest advantage is its greater range but the Ford has a huge advantage because it arrives to market first, and not by a small margin.

Ultimately, the proof will come down to everyday use. We’ll find out soon about the F-150 Lightning, but it’s going to be a while until anyone knows just how good the Silverado EV is.