There are TrackWorthy cars everywhere you look at this year’s 2017 Canadian International AutoShow at the Metro Toronto Convention Centre which runs from February 17–26.

There are TrackWorthy cars everywhere you look at this year’s 2017 Canadian International AutoShow at the Metro Toronto Convention Centre which runs from February 17–26. There are stratospherically high-priced ultra-exotic rare hypercars as well as a huge range and selection of much more attainable and aspirational sports cars and performance machines.

Almost every manufacturer at the show is displaying something that will get your heart racing, so make sure you check out the offerings from BMW, Bugatti, Chevrolet, Fiat, Lamborghini, Lotus, Maserati, Mazda, McLaren, Nissan, Pagani, Porsche and Volkswagen. But what caught our eye this year were the TrackWorthy cars being unveiled for their Canadian premieres. 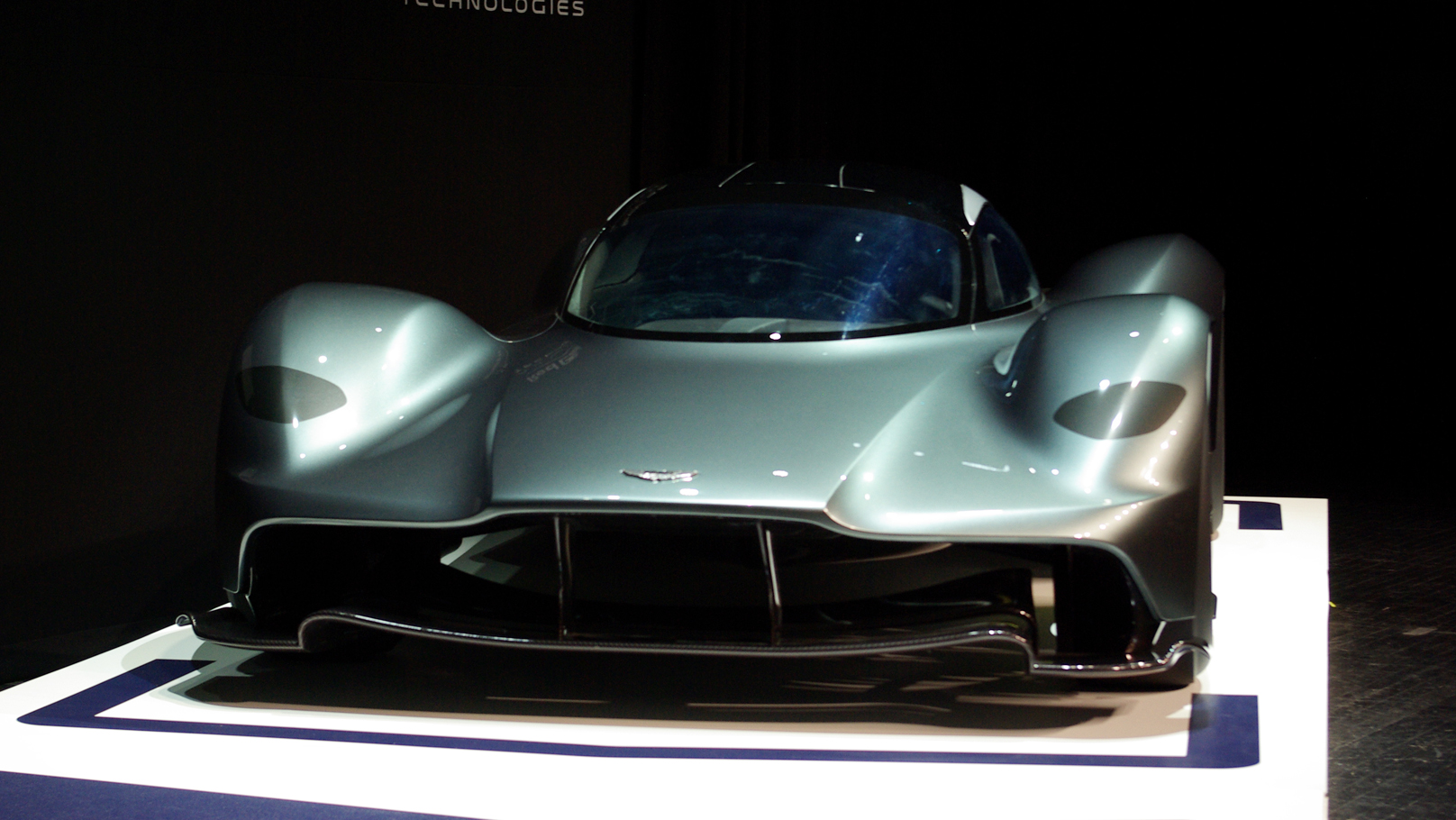 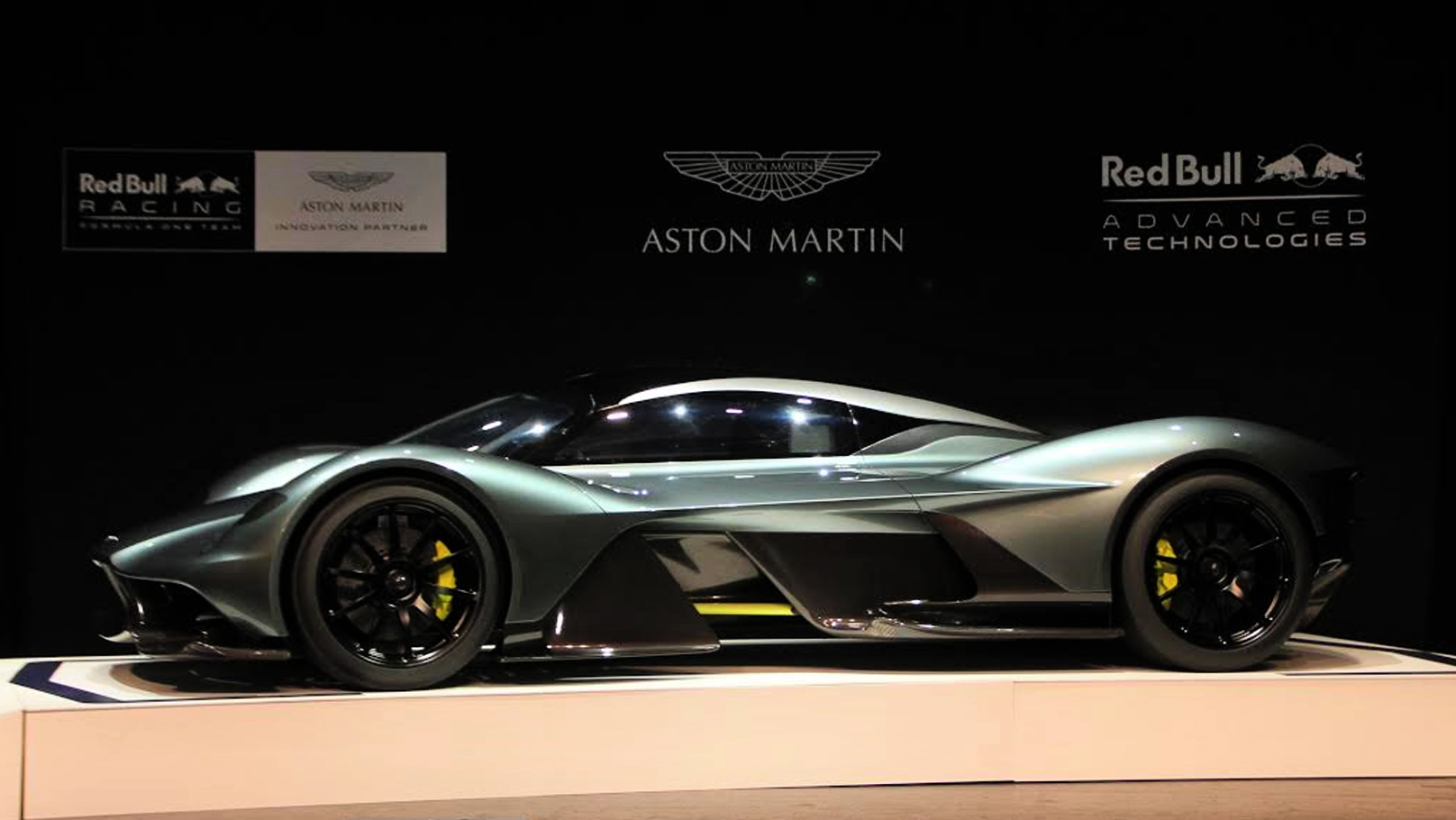 The ultra-exotic Aston Martin AM-RB 001 hypercar is making its North American car show debut. Aston Martin chose Toronto for its North American car show premiere because it felt the car might get lost at one of the big U.S. car shows. Aston Martin hoped it would garner lots of attention if launched in Toronto. According to Dr. Andy Palmer, the President and CEO of Aston Martin, all 150 of these cars are already spoken for. When asked about the AM-RB 001’s price point, Dr. Palmer stated in a very proper British way, “Talking about money and this car really isn’t something we should do.” But when pushed, Dr. Palmer admitted that they cost in the 2 to 3 million pound range. So the MSRP is somewhere between 3 and 5 million Canadian dollars. I complained to Dr. Palmer that it is a shame we will likely never see one of these on the road but he shared that 10% of them have been sold to buyers in North America, so there is hope (albeit very slim). The car is made from a lightweight carbon fibre frame and components, much of which is supplied by Toronto-based Multimatic, the company also building the new Ford GT. The car features a mid-mounted naturally aspirated V12 engine and Aston Martin are aiming for a 1:1 power-to-weight ratio (1 horsepower per kilogram of weight). 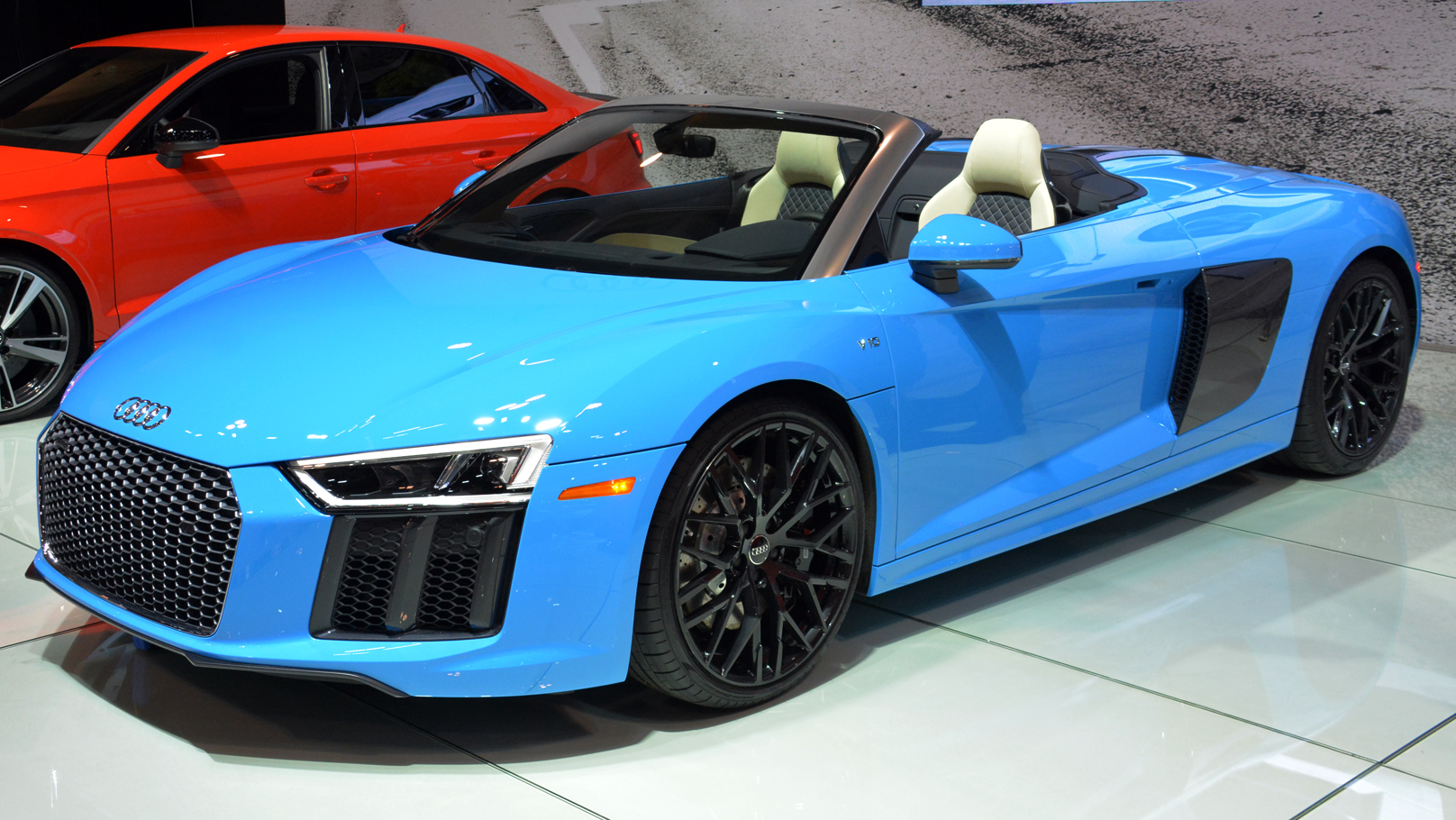 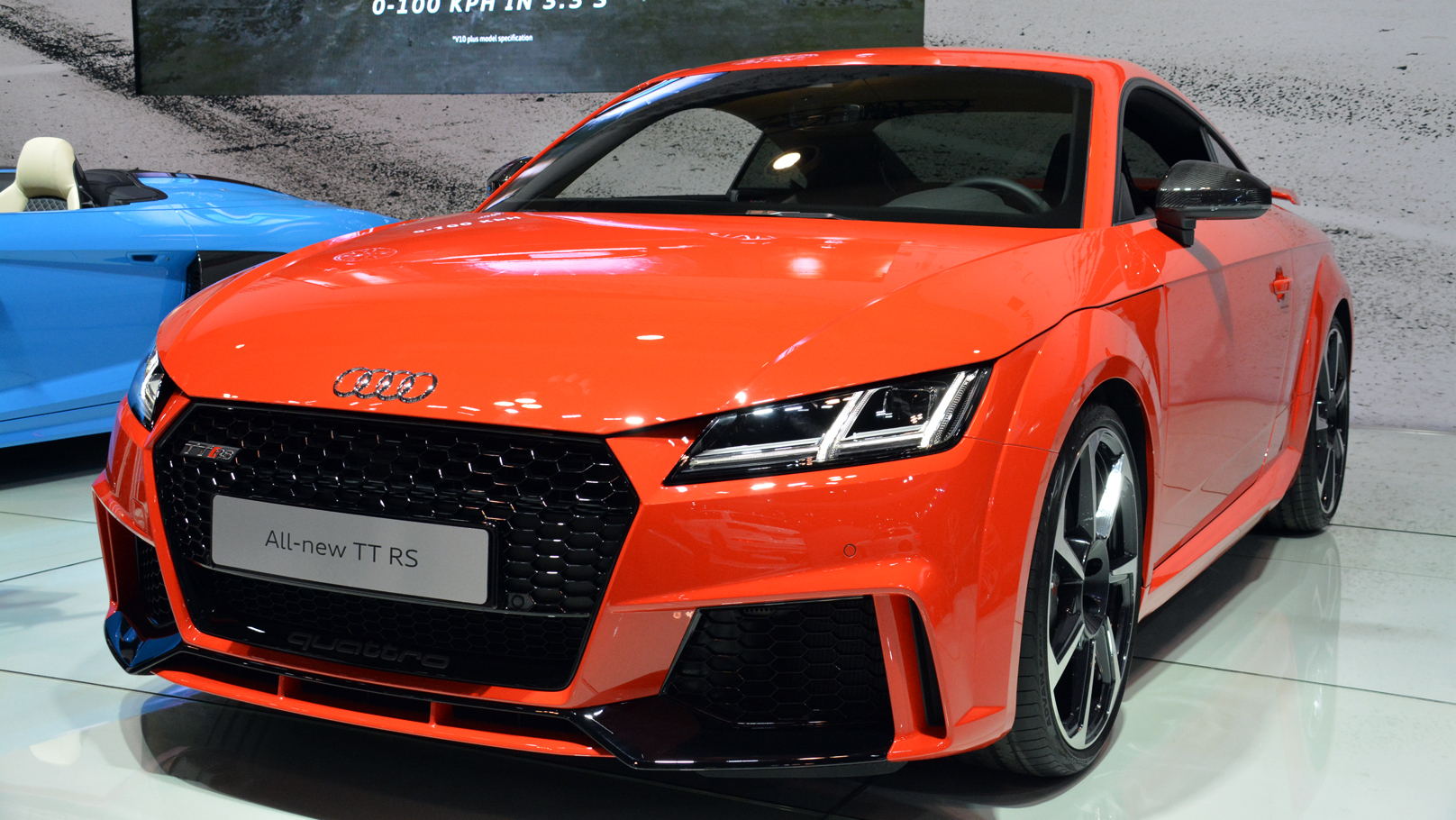 Audi unveiled three TrackWorthy cars, including the TT RS Coupe, R8 Spyder and RS3 four-door sedan. The new TT RS is powered by a 2.5-litre 5-cylinder turbo engine generating 400 hp, driving all four wheels through a 7-speed S-tronic dual-clutch transmission and achieving 0-100 km/h times of 3.7 seconds. The new R8 Spyder has a 5.2 litre V10 FSI engine pumping out 540 hp. With Quattro all-wheel drive it will sprint from 0-100 km/h in 3.6 seconds and has a top speed of 318 km/h.With an MSRP of just over $60,000, the new RS3 makes a great entry level car into the RS performance brand. Like the TT RS, it too is driven by a 2.5-litre turbocharged 5-cylinder engine which generates 400 hp. With its 7-speed dual-clutch transmission and Quattro all-wheel drive the RS3 accelerates from 0-100 km/h in just 4.1 seconds. 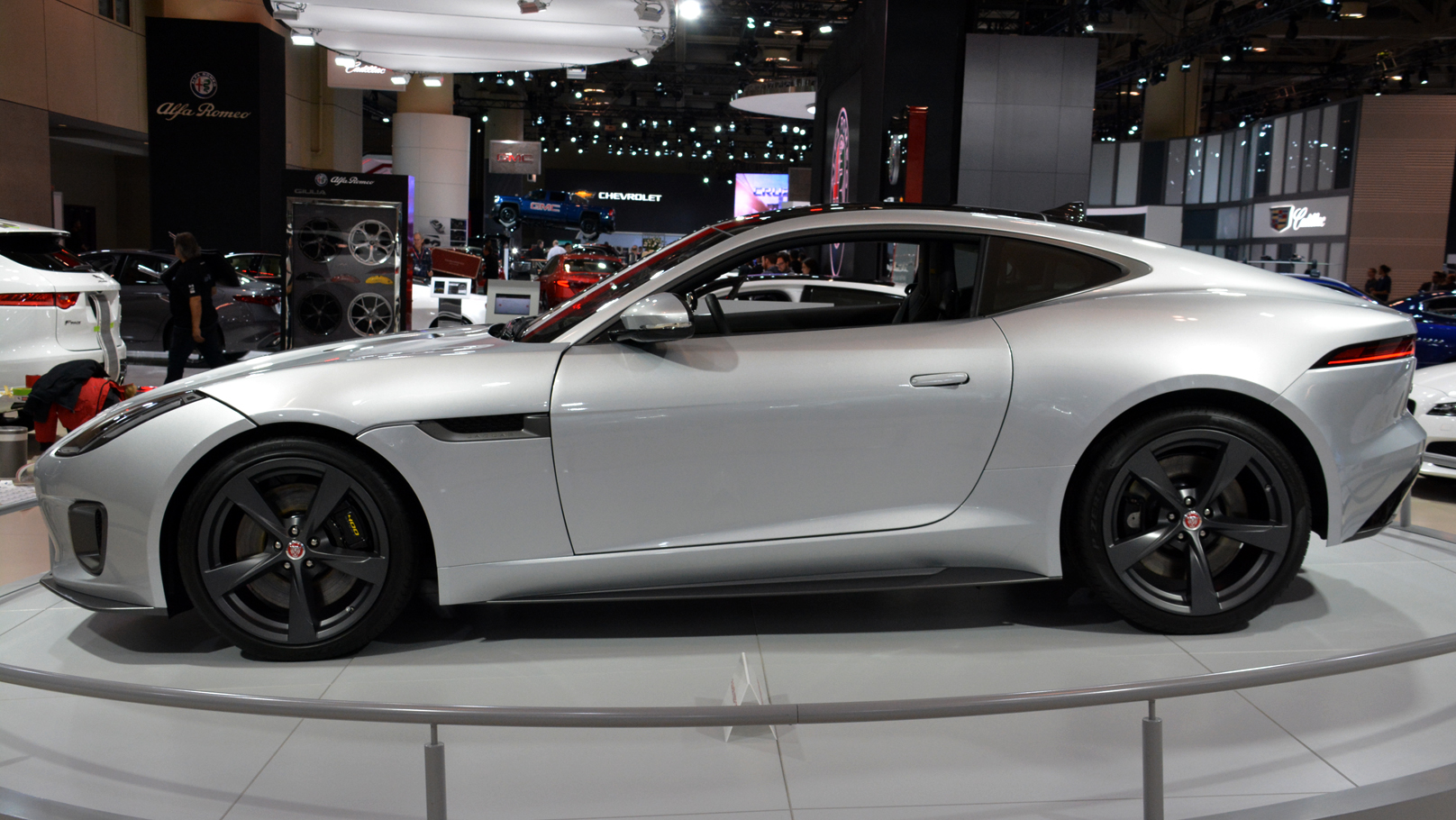 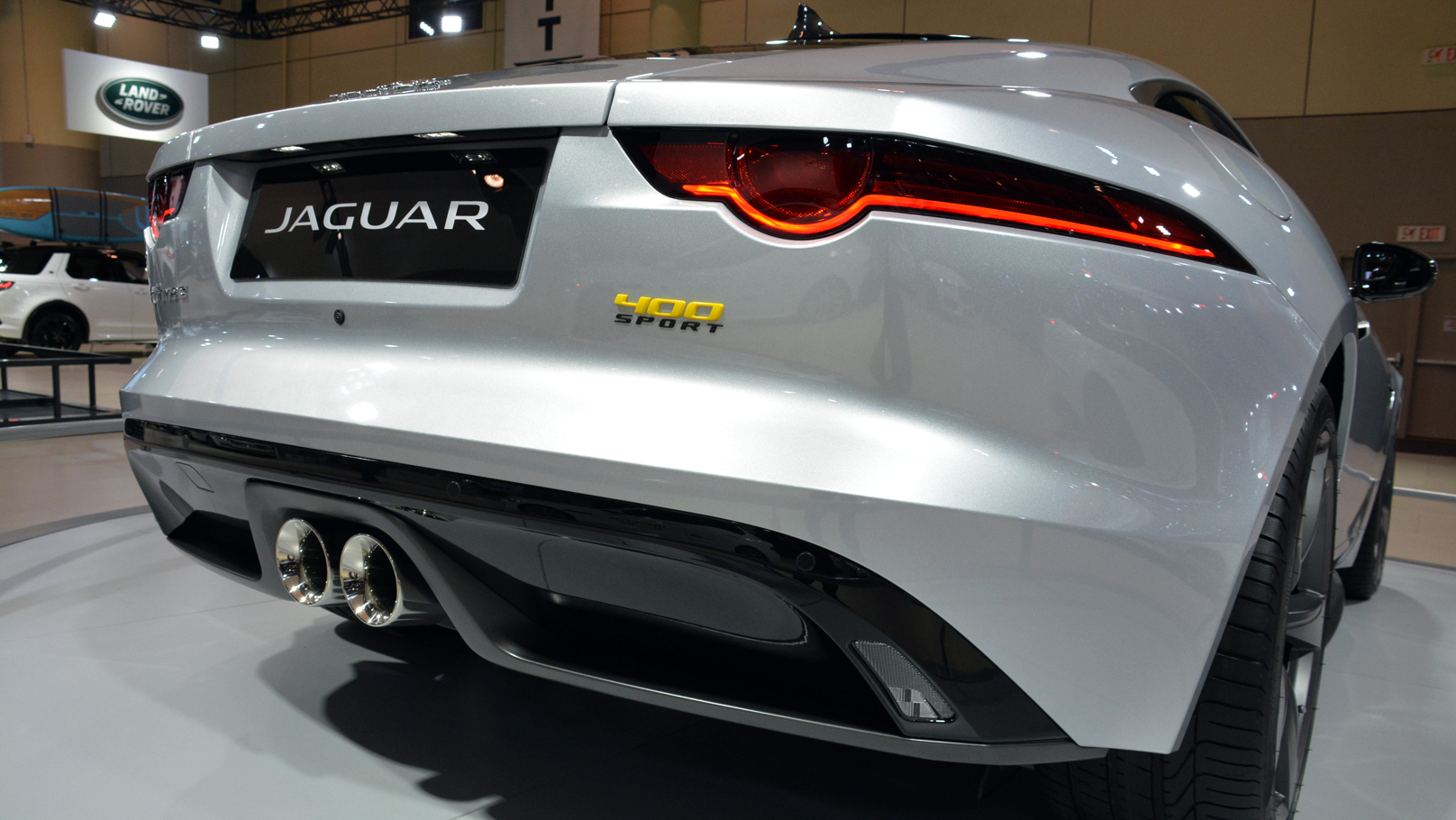 Jaguar has created the F-TYPE 400 SPORT, which is available worldwide, but only for one model year. The 400 SPORT has a model-specific front bumper and a 400 hp 3.0-litre supercharged V6 engine. It also features Dark Satin Grey finish 20-inch rims, Configurable Dynamics and Super Performance braking system. The 400 SPORT has lightweight slimline seats which offer improved ergonomics and a weight savings of more than 8kg. All F-TYPEs now have the Touch Pro infotainment system with fast, tablet-like operation.

The most TrackWorthy of all the Mercedes-AMG GTs is the R version, which features a hand-built AMG 4.0 litre V8 Biturbo engine that pounds out 577 hp and 516 lb-ft of torque. The all-new AMG traction control features a dizzying 9 input levels. It also has active rear-axle steering, which can change the toe-angel of the rear wheels by up to 1.5 degrees to increase cornering response and provide greater high-speed stability. According to Mercedes, the GT R has the most motorsport technology of any Mercedes-AMG production road going vehicle. The GT R has lapped the Nürburgring Nordschleife, aka the Green Hell, in a record-breaking 7:10.9 minutes. The GT R on display is in, appropriately, Green Hell Magno and looks very menacing. The titanium and thin-walled stainless steel exhaust on the GT R delivers race car sounds and saves 6 kilograms compared to the exhaust on the GT S. The GT C Roadster provides open air driving and has a 4.0 litre V8 Biturbo generating 550 hp and 502 lb-ft of torque. Drivers can open or close the GT C’s soft-top in just 11 seconds at speeds of up to 50 km/h. 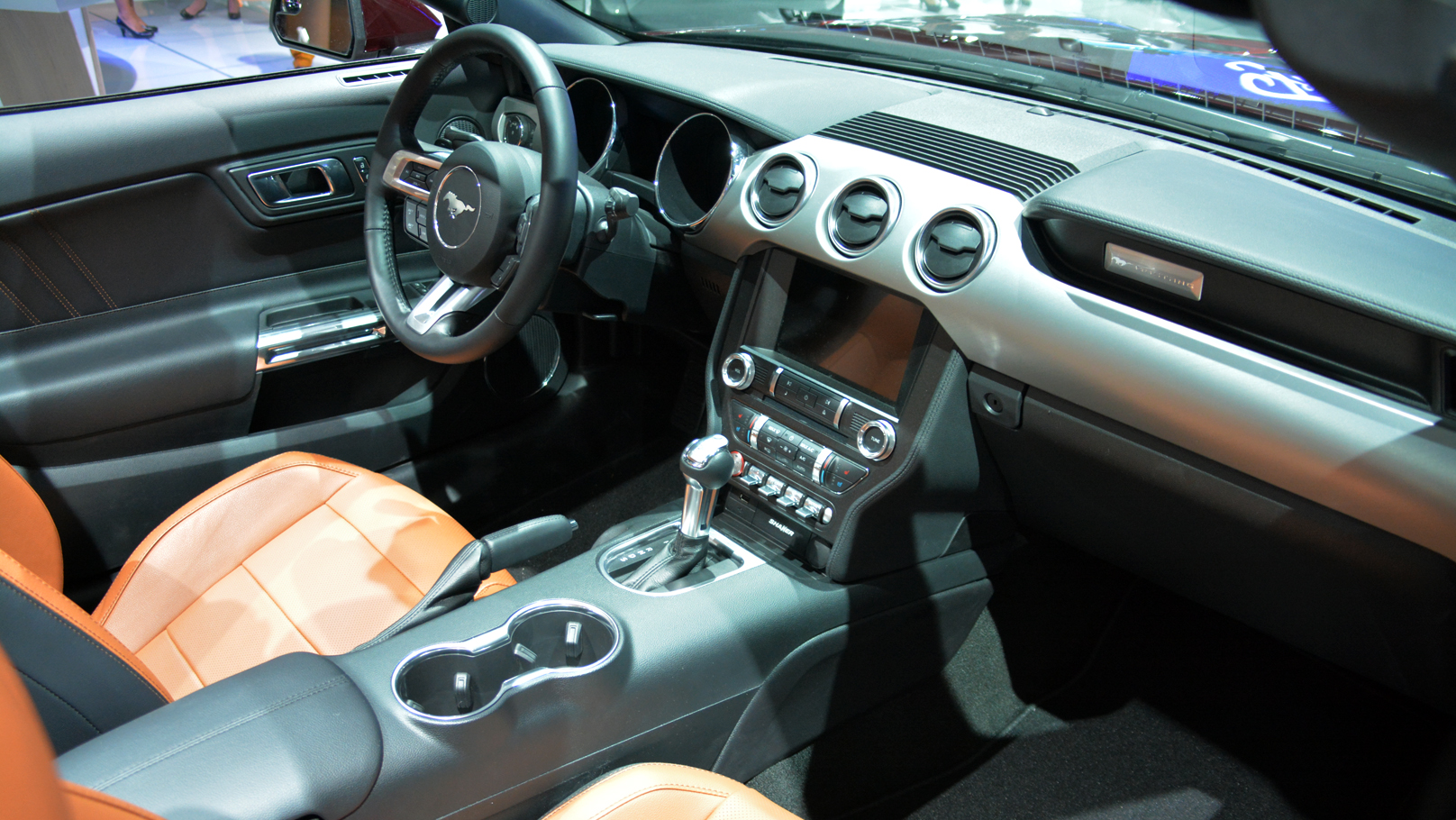 The 2018 Mustang has received a mid-cycle refresh. On display is the convertible as well as the current 2017 Mustang model lineup, including the coupe, convertible and the extremely TrackWorthy Shelby GT350. The 2017 models are available in dealerships now, and the new 2018 version will be available this summer. There have been numerous changes to the Mustang for 2018, including an updated front end, taillights and upgraded interior materials. For 2018, Ford is dropping the 3.7-litre V6 engine, and the Mustang will be available with a 2.3-litre EcoBoost 4-cylinder turbo with increased horsepower as a result of Ford’s transient overboost technology. Additionally, Ford has thoroughly reworked the 5.0 litre V8, which now revs higher and generates increased horsepower and torque. The 2018 Mustang also has Ford’s MagneRide suspension technology. 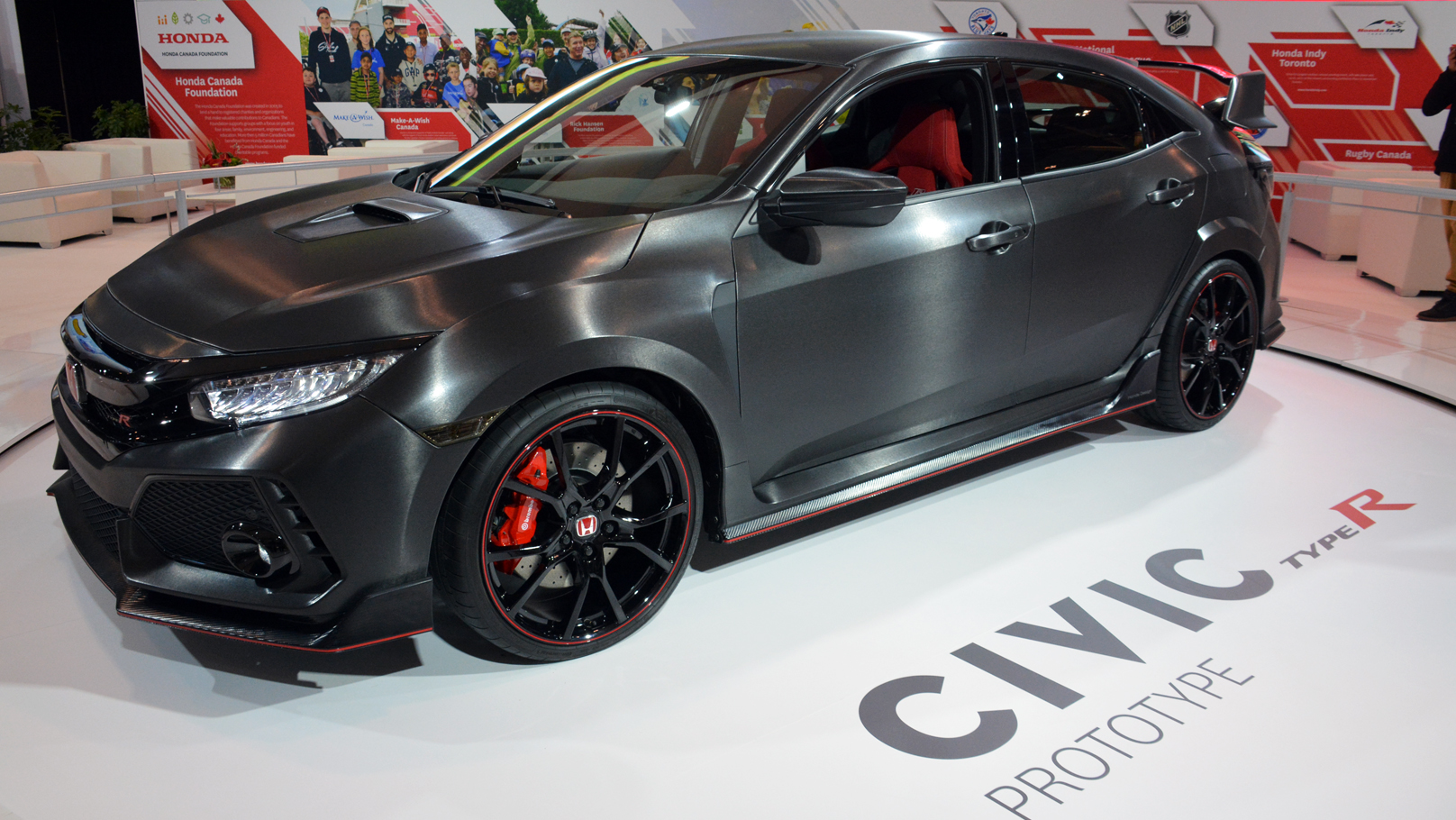 On display at this year’s car show is the version of the new Honda Civic Type R that, hopefully, will make its way into Canadian dealerships this year. It is based on the current generation Civic hatchback and, as has been typical of Honda “Prototypes” in the past, this version will likely end up on the road without many changes. Honda representatives at the show could not confirm the pricing, performance, horsepower or delivery dates, but, suffice it to say, the Type R will likely be the best performing Civic ever to grace our shores. The exterior of the Civic Type R on display is wrapped in a finely-grained brushed aluminum-effect finish.

The Most TrackWorthy Cars at the 2017 Detroit Auto Show