It's called the RAV4 Prime because, like the Prius Prime, this one's a plug-in hybrid.

LOS ANGELES, CA – It wasn’t all that long ago that if you mentioned hybrid or electric cars then you’d be met with groans and fears of us all ending up in 65 hp two-seat slugs. That clearly didn’t happen, and automakers instead decided that instead of electrics being less powerful, they could, instead, be even quicker than the cars they’re replacing. Which has lead to some pretty big performance surprises. Like this one, the 302 hp Toyota RAV4.

It’s called the RAV4 Prime because, like the Prius Prime, this one’s a plug-in hybrid, marking the first time Toyota’s done that for their crossover. The electric motor’s extra shove boosts the 2.5L four by an even 100 horses, meaning 302 hp combined from this little ute. It also makes it the most powerful RAV4 ever, handily beating out the 269 hp 3.5L V6 that Toyota offered from 2006 to 2012. Like the RAV4 Hybrid, this one uses the electric motor to power the rear wheels directly, instead of linking front and rear with a drive shaft. The underlying 2.5L four makes the same 176 hp as in the hybrid model, but 5 lb-ft more torque, a peak arriving at 2,800 rpm instead of 3,600. 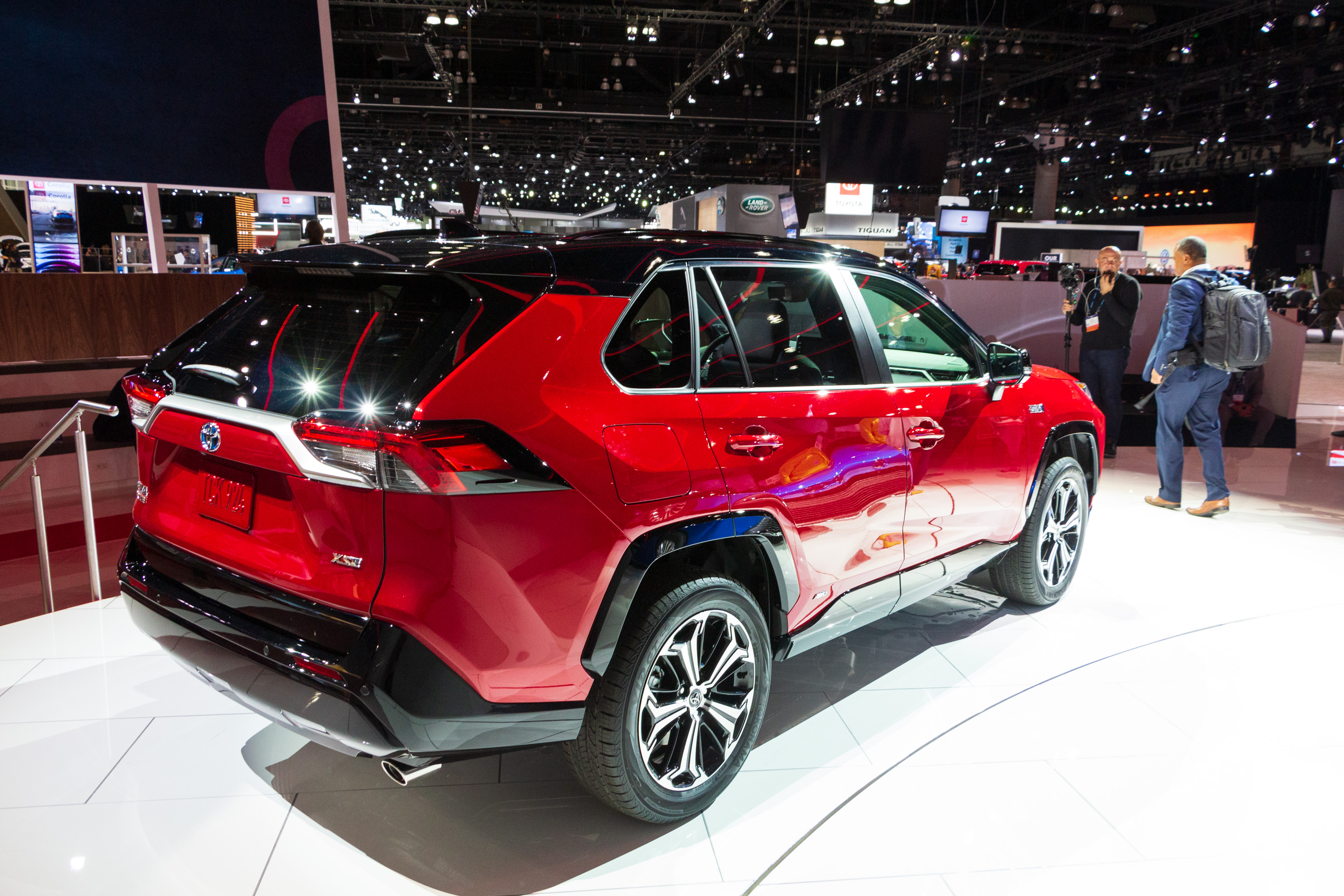 Mash the throttle, and the RAV4 Prime can hit 96 km/h from a stop in just 5.8 seconds, Toyota projects. That’s two full seconds quicker than the hybrid model, which is quicker than the gas-only version. It’s also the second-quickest of their entire line. Just the Supra can beat it on the drag strip. It can also drive up to an estimated 60 km on battery power alone, using the 17.8 kWh pack mounted in the rear. That’s more EV range than any other crossover PHEVs on the market today. The estimated total fuel consumption is 2.6 Le/100 km. Turns out fast can be green, too.

Toyota’s offering this one only their sporty trims, so SE and XSE. SE gets 18-inch alloys, a special grille, and a new lower spoiler, along with interior comforts like heated seats, power driver seat, blind-spot monitoring, and an 8.0-inch touchscreen infotainment system. The XSE, like the Hybrid XSE, gets SofTex synthetic leather, wireless phone charging, ambient lighting, and there’s an optional sunroof. Get the Premium Pack and you’ll get paddle shifters for the first time on a RAV4, along with its first-ever head-up display and a panoramic roof.

Toyota says the RAV4 Prime will arrive this summer as a 2021 model, and that means it will also get Toyota’s new 10 year, 240k km battery warranty. 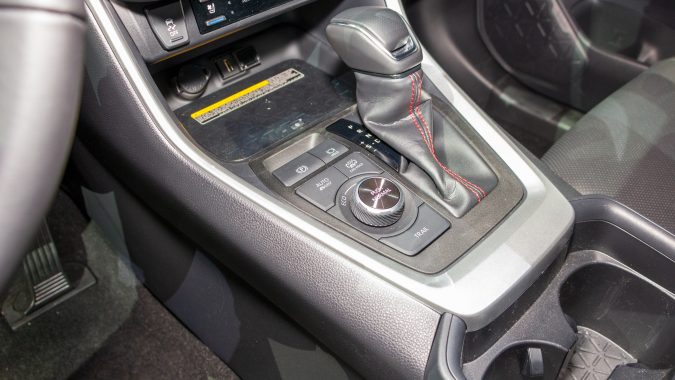 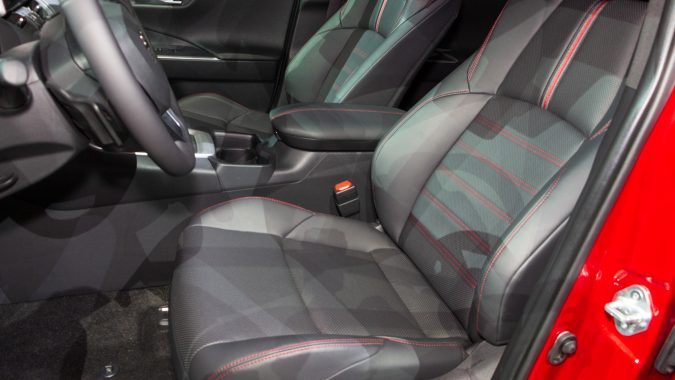 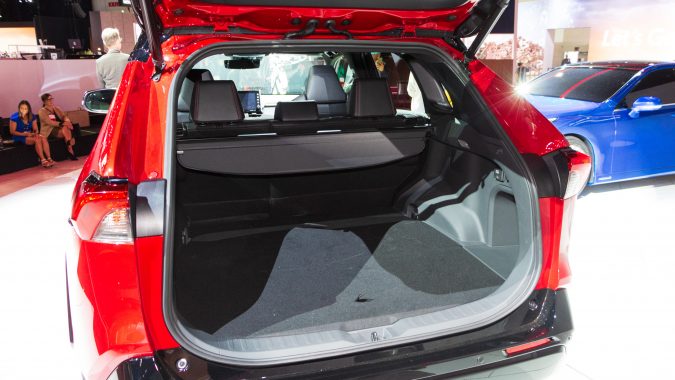 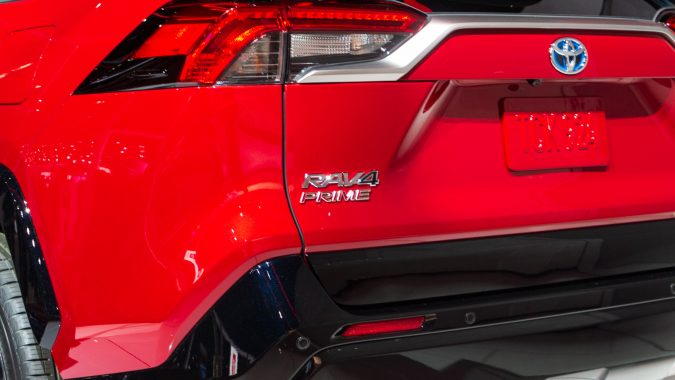 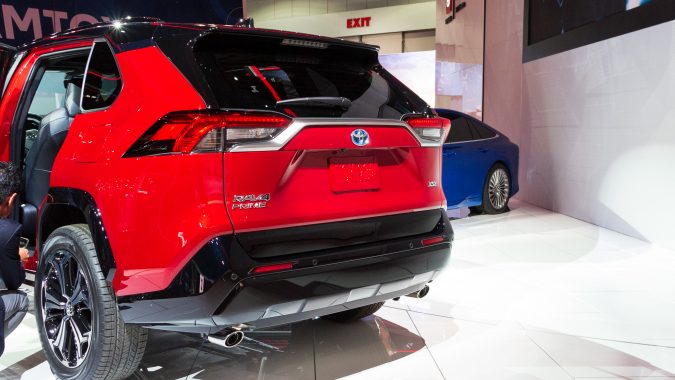 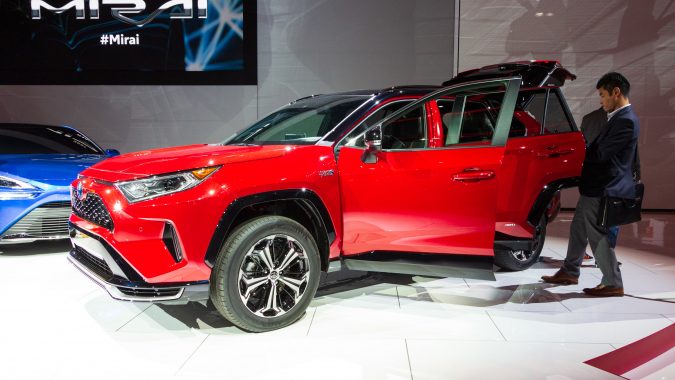