It uses static electricity instead.

Toyota has just announced a new way of applying paint to vehicles. Unlike conventional sprayers, the new system doesn’t use air and that allows it to make maximum use of the paint while reducing emissions and CO2.

Cars and trucks are painted using air-powered spray guns where compressed air pushes the paint out and onto the surface of the object being painted. If you’ve ever used a spray can, or seen a body shop paint booth, you’ll already know that much of that paint ends up on everything other than the car you’re trying to paint. Basically, because of the force of the air, 30-40 percent of the paint particles just bounce off of the vehicle, ending up in the air and on everything in and around the booth. 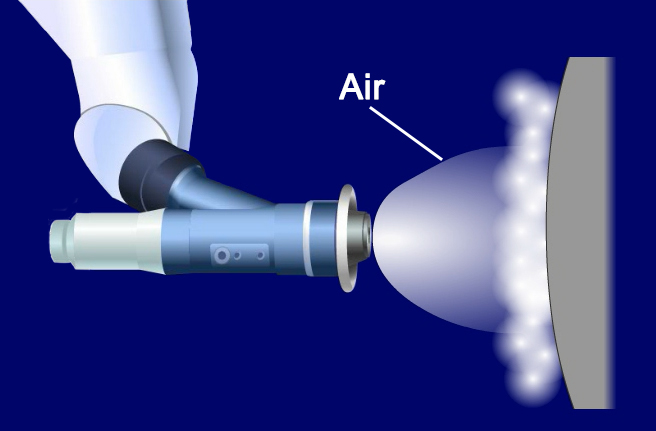 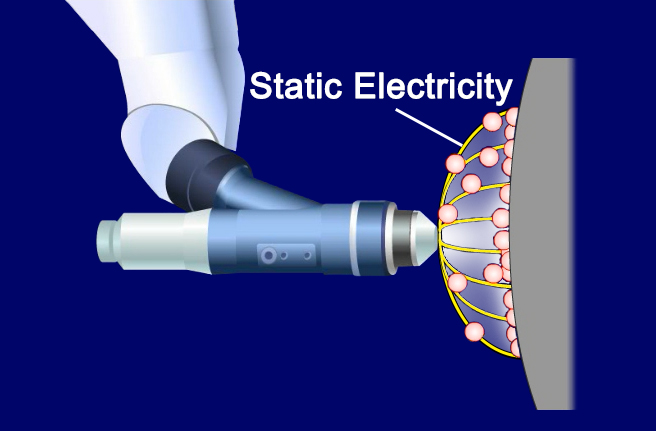 Toyota says that means a much more efficient process. More than 95 percent paint efficiency, letting the automaker use less paint with less waste. Even more impressively, the new paint system can monitor the changes in current as the paint gun moves around the vehicle’s curves and adjust the voltage accordingly. This keeps the current the sam and, Toyota says, means that there’s no variation in paint particle size. That means a better-looking and higher-quality finish.

The paint gun uses a cylindrical tip that has more than 600 groves, and it’s rotated to create a centrifugal force. That pulls the paint into the groves, where it is charged up, then it flows onto the car body. Toyota says that what they’ve developed is a world first for painting vehicle bodies.

Electrostatic atomization is already used in beauty treatments, Toyota says, and it has also been tested in gas turbine engines as a way of improving fuel burn and so improving emissions and consumption.

Toyota says that the new process will help Toyota Group reduce CO2 emissions by about 7 percent, and that it will also allow for smaller overspray collection devices which would help make paint lines more compact. The airless paint atomizer is already in use at plants in Takaoka and Tsutsumi, set to be deployed to other Toyota plants. The automaker is also considering licensing the technology to other companies.