For tasks like collecting samples, and transporting crews on the moon.

The latest new vehicle from Toyota is a real moon shot. You might say it’s out of this world. And that it’ll take “product launch” a lot more literally than any other vehicle on the world.

Ok, ok, that’s enough puns. For now. I’m not making any promises about later. This latest Toyota, as you might have expected, is destined for a life on another planet. The Japan Aerospace Exploration Agency and Toyota are looking at collaborating on space exploration. As part of that, the two are looking at accelerating their joint study into a manned, pressurized rover.

The plan is to use fuel cell EV technology. The original GM-built Lunar Roving Vehicle was battery powered. And not even rechargeable ones. The two 36-volt packs gave it a total range of just 92 km. That won’t, um, float, on a more modern rover. Toyota suggests that using a fuel cell in place of a conventional battery would give the pressurised rover “a total lunar-surface cruising range of more than 10,000 km.” Which is actually within a hair of being able to drive around the circumference of the moon.

“Manned rovers with pressurized cabins are an element that will play an important role in full-fledged exploration and use of the lunar surface,” said JAXA President Hiroshi Yamakawa. Tasks like collecting and analysing samples and transporting crew from site to site. 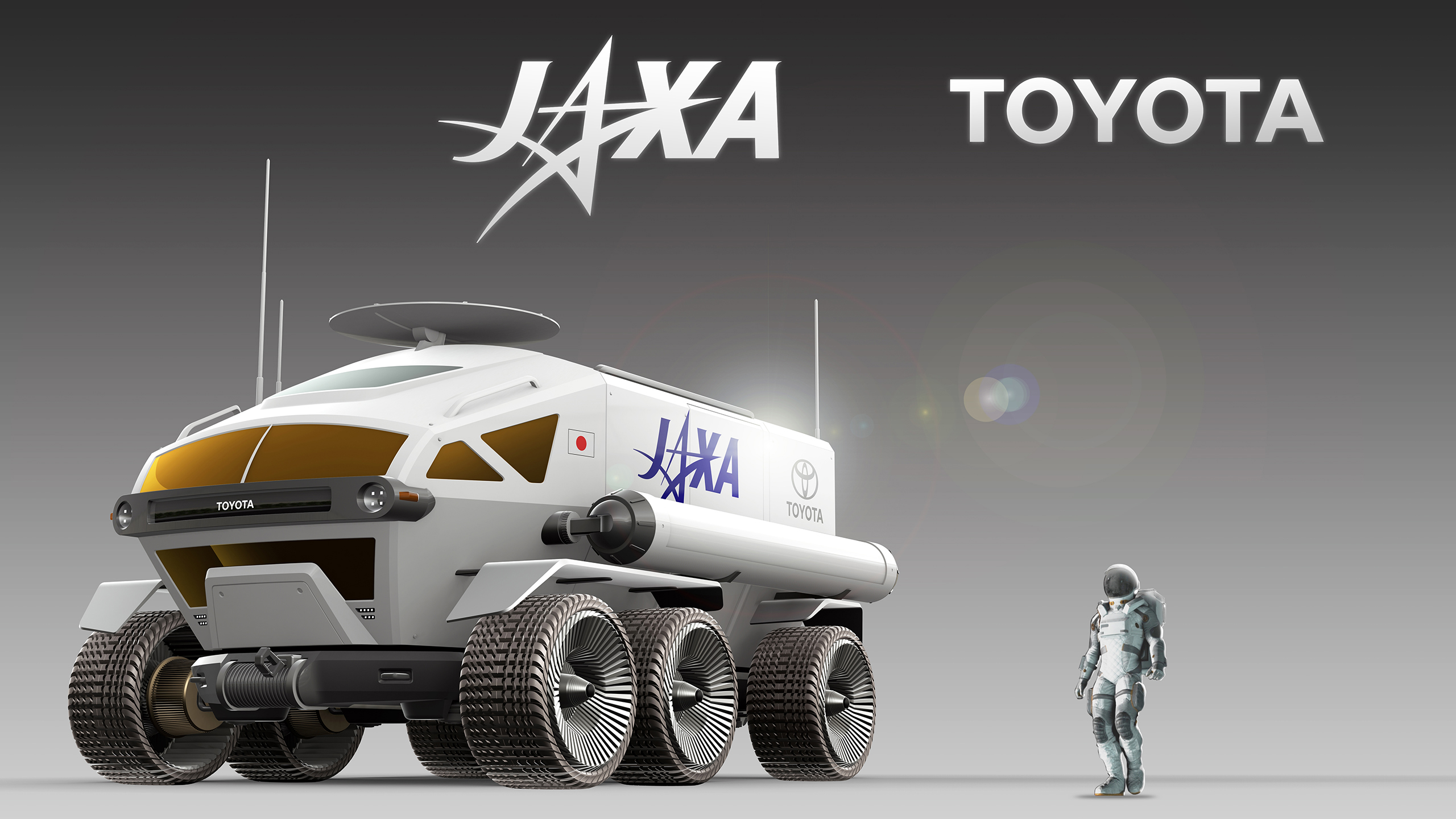 It’s still just a study at this point, and the pair are looking at this vehicle as a “preliminary concept.” JAXA said that it has identified the tech issues that will need to be solved to help make the project a possibility.

Toyota has recently been developing hydrogen fuel-cell technology for passenger cars like the Mirai, but also for larger projects like semi-trucks. The cells are able to turn hydrogen and oxygen into power and water. Though with the difficulty of transporting cargo to the moon, those fuel requirements could change.

The prototype rover is 6.0 m long by 5.2 m wide and 3.8 m tall. Toyota says that’s about the size of two microbuses. Or a little wider than two full-size pickups parked side by side and about the same length. It has 13 cubic meters of living space and can accommodate two people. Four in an emergency. It’s the closest the company has come to leaving orbit since the 2000GT in You Only Live Twice. 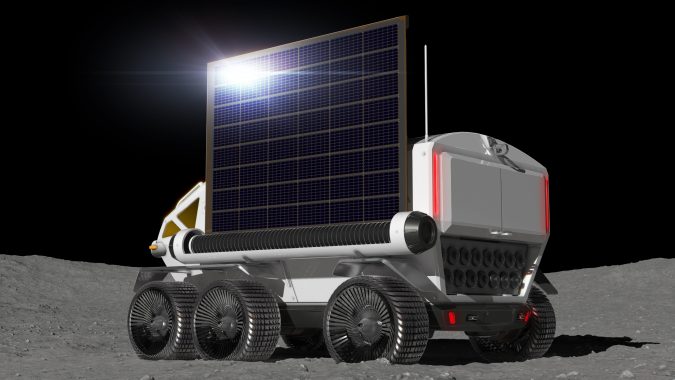 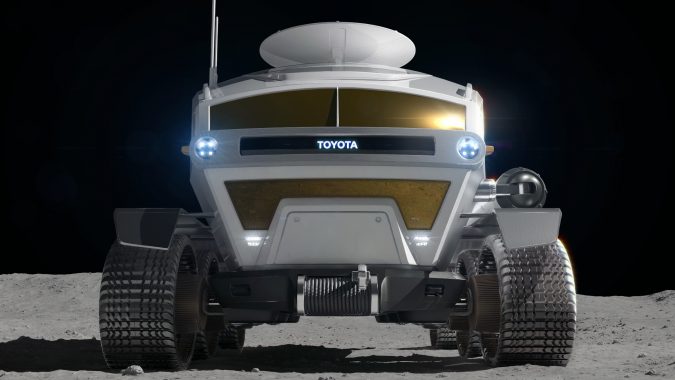 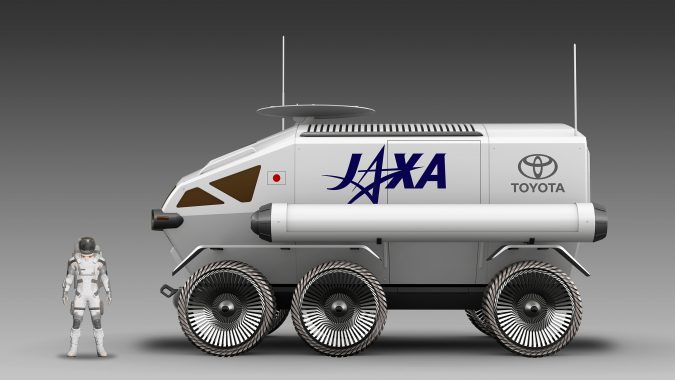 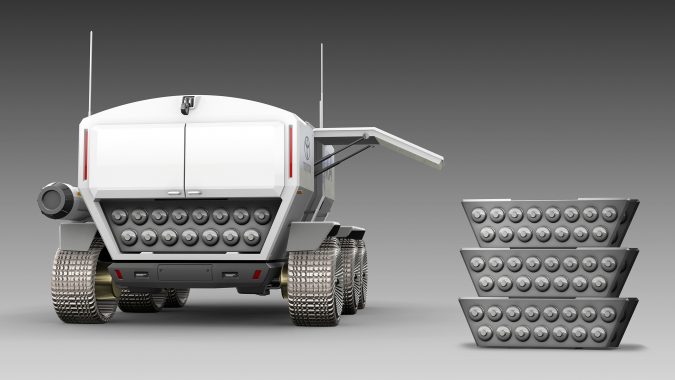