I’ll be honest, whenever I belt myself into a Lexus or Toyota, whether it’s a press vehicle or on a media drive event, I don’t spend too much time thinking about the infotainment systems in those cars.

That’s not an endorsement or a criticism, it’s just reality. Toyota-Lexus vehicles have changed considerably during my decade-plus covering the auto industry, but their infotainment systems largely have not. At least that’s my impression.

In fact, prior to this year, I don’t recall encountering an all-new infotainment system in any of the Toyota-Lexus cars I’ve driven, although some changes have surely been made to underlying software and feature sets.

Two big changes I have noticed, however, is the disappearance of the mouse-like controller for these systems in Lexus vehicles and the adoption of Android Auto across both brands. Toyota was late to sign on to Google’s connected car tech, but Android Auto has rapidly proliferated across the Japanese auto giant’s brands over the past two years.

And now even bigger changes are being rolled out – and they’re quite noticeable.

Toyota is calling it its new Multimedia and Connected Services, and it represents a massive sea change from soup to nuts. New screens, new tech and, perhaps most importantly, new services. Toyota Canada recently conducted a virtual presentation for a group of auto journalists to give us a better understanding of how this newfangled tech works.

Before going any further, I should mention that the new infotainment systems mentioned here are only available currently on the all-new 2022 Lexus NX and all-new 2022 Toyota Tundra.

Toyota hasn’t provided any specific timeframes for their arrival in other Toyota-Lexus vehicles but expect more announcements in the year ahead.

I was on the 2022 NX media drive in Arizona back in September, and one of the first things I noticed when I opened the driver’s door is the size of the multimedia screen – it’s gigantic. At 14 inches, it is the biggest screen I’ve ever seen in a Lexus vehicle.

Standard on the 350 and 450h+ grades, and optional on the 350h, the 14-inch touchscreen is like that of a smartphone. It has an optically bonded, high-definition display that’s high contrast with reduced glare and a day-night mode. In terms of power, the new system has five times more processing power than the old multimedia units making it faster and more responsive.

The menus and graphical interface have been completely refreshed to make them more intuitive and user friendly. The system uses Cloud Navigation with Google’s Point of Interest (POI) search functionality, which allows information, such as ETA, to be shared with contacts in the user’s phone book. The map also supports zoom, pan, and tilt functions through the touchscreen. 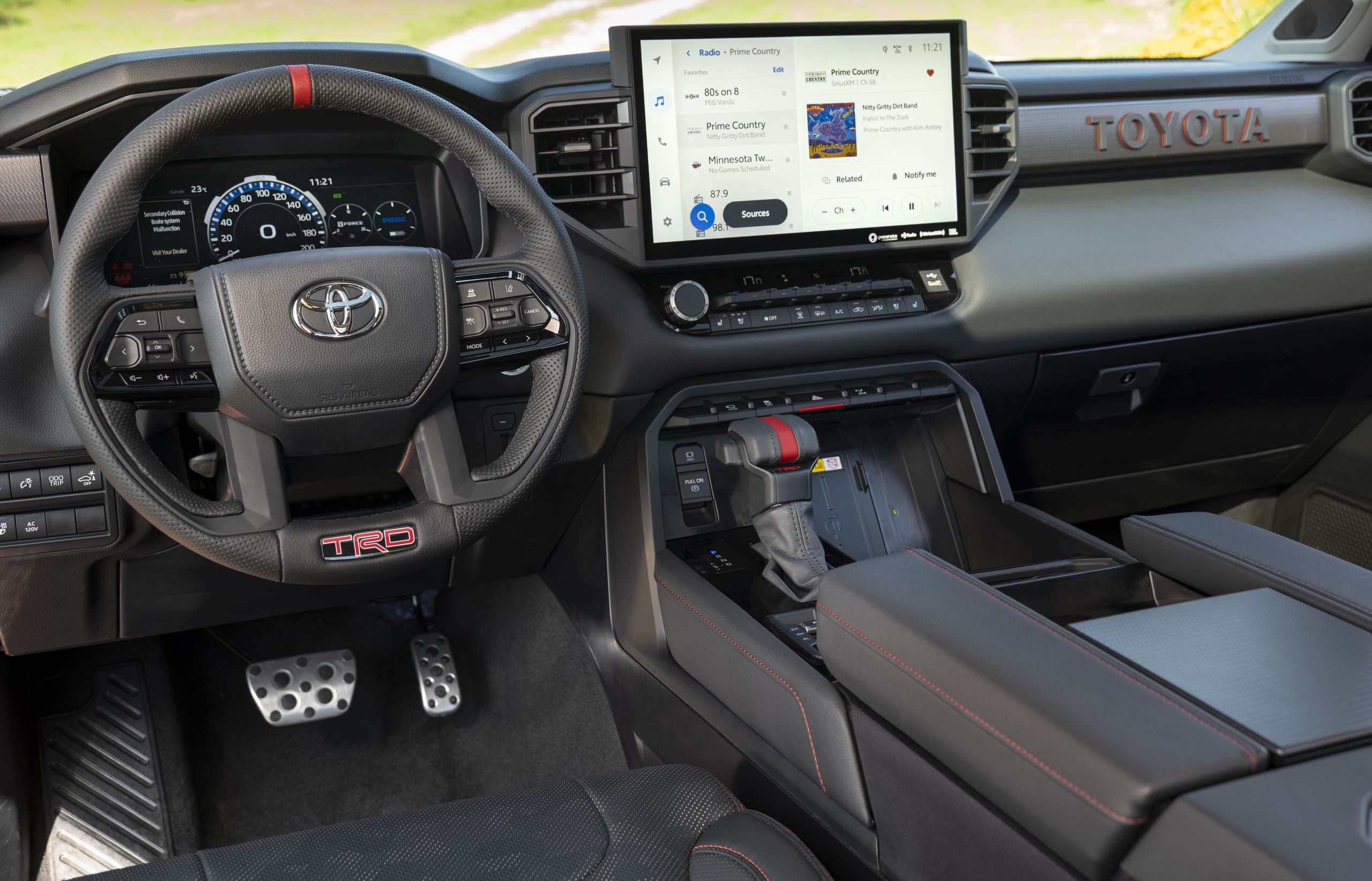 And because it’s cloud-based, system and navigation updates are available “over the air”, much like firmware updates for smartphones and tablets.

Of note, the standard NX multimedia screen for 250 and 350h models is 9.8 inches. The 14-inch touchscreen is standard on 4×4 Limited and Platinum grades for the 2022 Tundra, with an 8-inch screen on SR and SR5 models, 4×2, and 4×4. These smaller screens also benefit from the same enhancements as the 14-inch screen.

Virtual assistants are prominent features of these new multimedia systems, and they operate on a “natural language” basis, which allows them to be activated with simple voice commands such as “hey, hi, hello or okay Toyota / Lexus”.

From there, users can voice commands to adjust a broad array of settings from audio and climate controls to navigation, ambient lighting, and even memory seats and wipers depending on vehicle spec.

The system uses cloud computing and built-in software for enhanced voice recognition, with multiple in-vehicle microphones. The virtual assistant is native to the vehicle and doesn’t require an Internet connection or subscription and is standard on all grades. 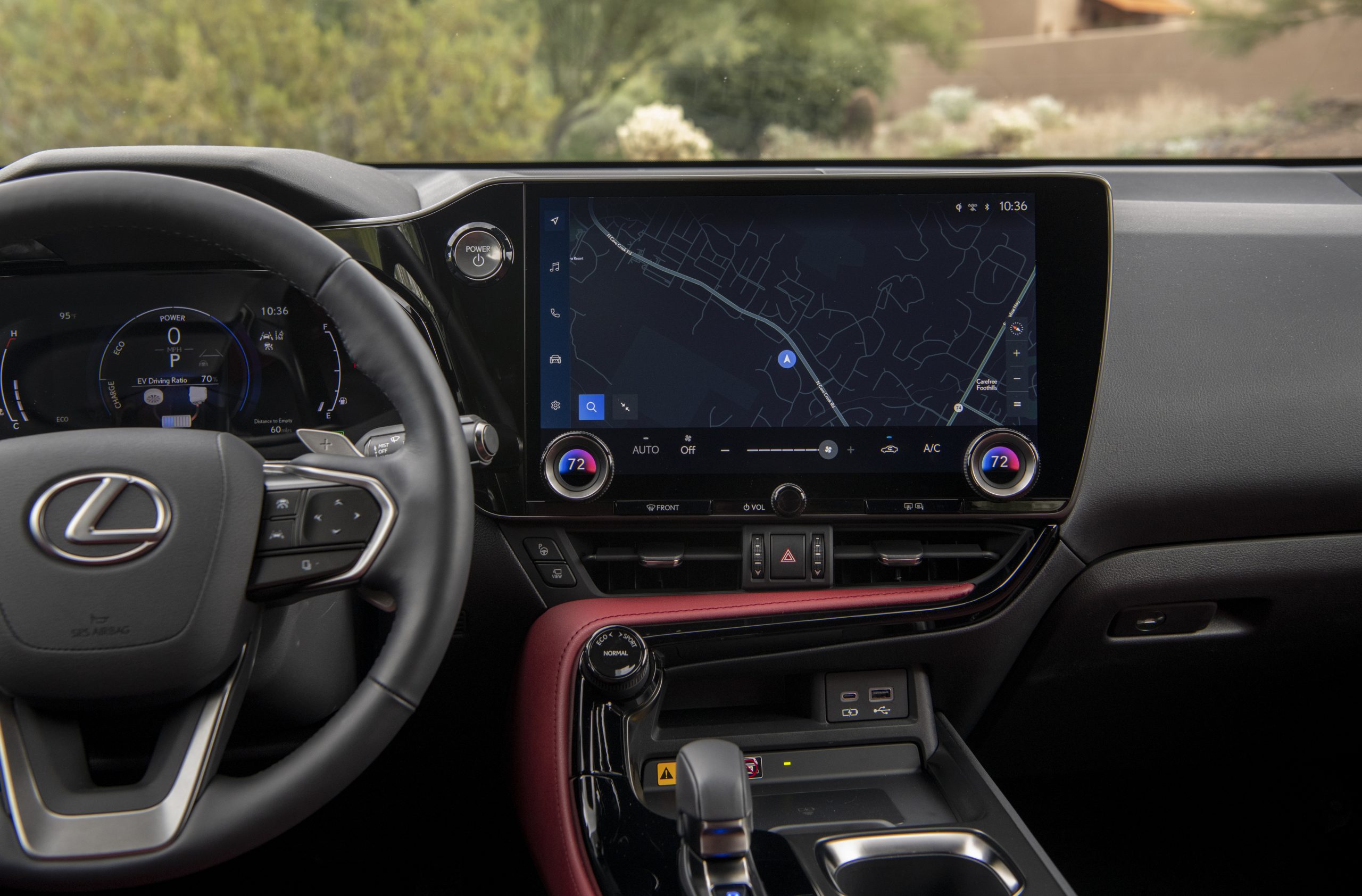 Intelligent Assistant, which works in tandem with Virtual Assistant, can deliver more detailed information such as restaurant recommendations and weather information but requires a Drive Connect service subscription, which I’ll outline below.

Say goodbye to USB cables cluttering up the centre console, because the new system comes with standard wireless Apple CarPlay and Android Auto which connect to the vehicle via Bluetooth.

USB ports are still available, however, for device charging and as a wired connection back-up. Wireless smartphone charge pads are available for both NX and Tundra based on grade.

One of the biggest innovations with the new infotainment system is its ability to pair with multiple devices. Up to five devices can be paired, including two at the same time.

The apps can also store up to three user profiles (primary plus two secondary), which the vehicle will detect upon entry. The primary profile controls access to connected services which any driver can access once they’re activated.

One of the handier aspects of the profiles is they follow the user, so once that person’s profile is paired with their smartphone or the vehicle’s smart key, their settings (favourites, subscriptions, services, etc.) will be enabled every time they return to the car. This is especially handy for a shared vehicle where audio settings and driver seating positions are constantly changing. Changes made to profiles loaded into a vehicle are stored in the cloud, and user profiles can also be transferred to any Toyota / Lexus vehicle that has the new multimedia system.

As mentioned, Toyota offers an array of connected services programs with the rollout of the new multimedia system. 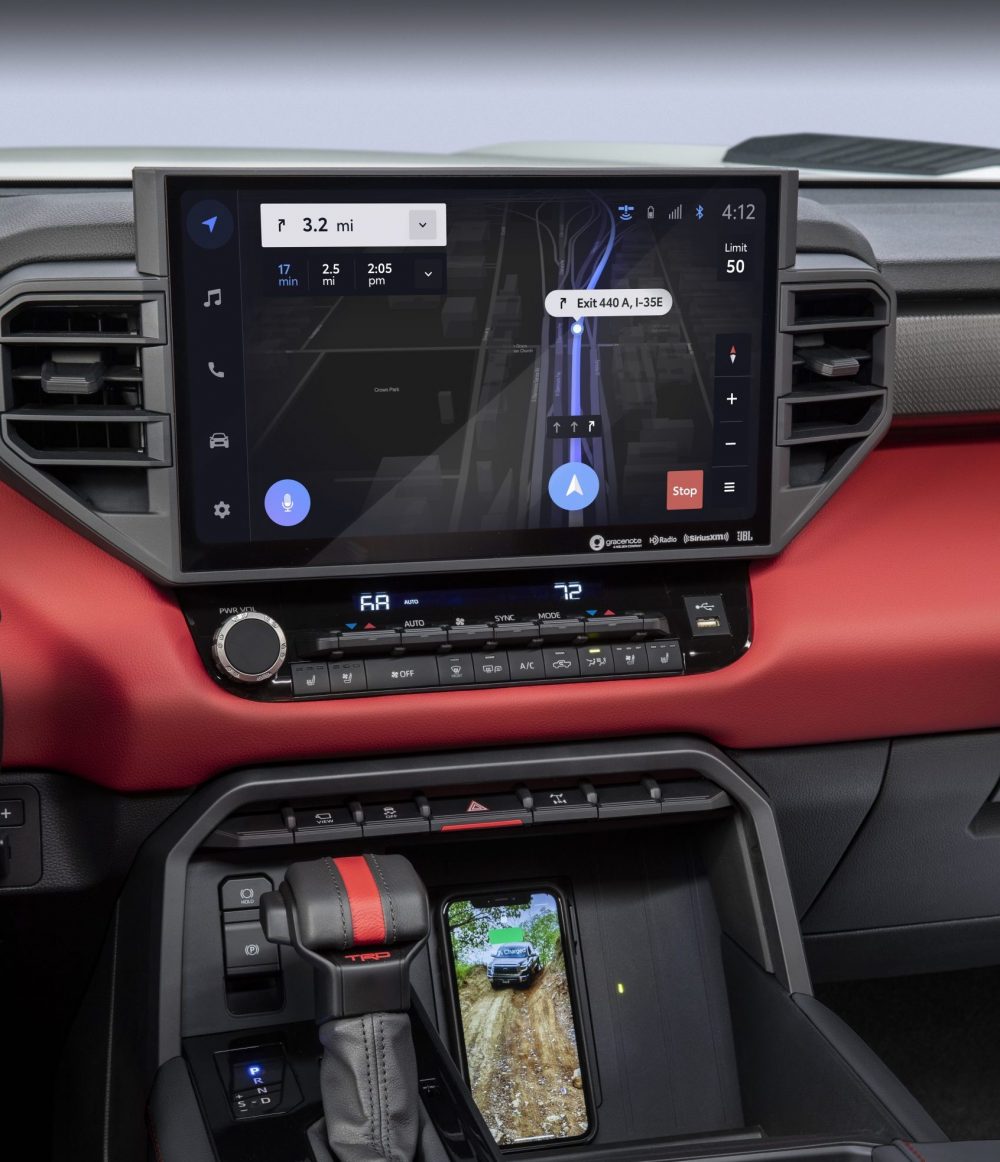