Join the Conversation (0)
Today, before a packed Clarington Tourism office in Bowmanville, Ontario filled with media and various dignitaries, Toyota Canada Inc. (TCI) revealed design plans for its newest Canadian facility. The Municipality of Clarington (within which the town of Bowmanville resides) will be home to the company’s new Eastern Canada Parts Distribution Centre (ECPDC).

Set to begin operations in the fall of 2019, the new 350,000-square foot facility will be built on a 30-acre parcel of land located near the corner of Baseline Road and Lambs Road in Bowmanville. The new location’s direct access to major transportation routes will allow TCI to better service Toyota and Lexus customers and dealerships across Eastern Canada (from Manitoba to Newfoundland). The site also provides space for future growth. 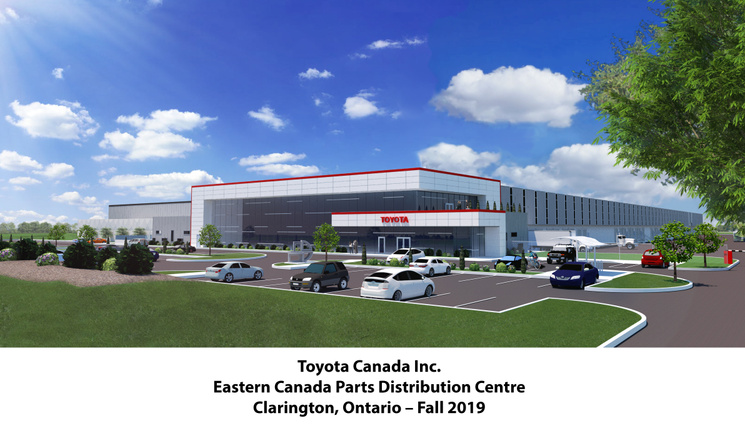 The facility is part of Toyota’s global 2050 challenge, which aims to go beyond zero environmental impact and achieve a net positive impact on the environment by 2050. The company aims to eliminate almost all CO2 emissions in its new vehicles and its operations. Toyota has set a company-wide goal to have zero carbon emissions operations by 2050 and the new ECPDC facility will be built with that goal in mind. When it opens its doors in 2019, the new facility will aim to be a LEED silver certified building.

Toyota also announced a proposal to donate $410,000 to develop a 600-metre multi-use recreational trail connecting Toyota’s new facility to the existing Soper Creek Trail system. This donation is in addition to a 400-metre trail that the company is constructing behind the new distribution facility. The new “Toyota Trail” will provide a partial link to Clarington’s Waterfront Trail. 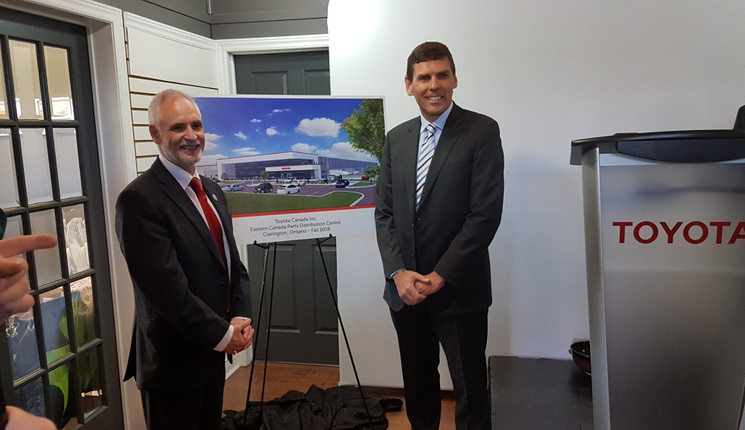