Toyota is giving its fuel-sipping champ an update for 2019. That comes with some styling changes both inside and out. Toyota is also adding all-wheel drive to the Prius for the first time, adding extra traction to the car’s impressive fuel economy. Along with that, the base price gets a slight increase, up $340.

Until now, if you wanted an affordable hybrid with all-wheel drive, your only choices were crossovers. With the 2019 Prius AWD-e, Toyota changes that. The Prius adds another electric motor, packed inside the car’s rear suspension. It drives the rear wheels using only electricity. There’s no driveshaft running to the rear or extra differential to package. It’s a small motor, offering up just 7 hp, but Toyota says it’s enough to get things moving. It will power the rear wheels from zero to 10 km/h in normal driving but can power them all the way to 70 km/h if the extra traction is needed. It’s the same idea as the system in the Highlander Hybrid, but this one gets a Toyota-first magnet-less motor that doesn’t drag when it’s not providing motive force.

The small motor means that the cargo space of the Prius is unchanged. 1,855 L of space for stuff in the back. The lithium-ion battery of the standard car is swapped for a nickel-metal hydride one. It’s older tech, but Toyota says it does better in the cold. It also likely helps keep the price down, since the AWD-e system is only a $1,000 option, starting at $28,990. We’re not quite ready to call it the drift-hybrid just yet, though. 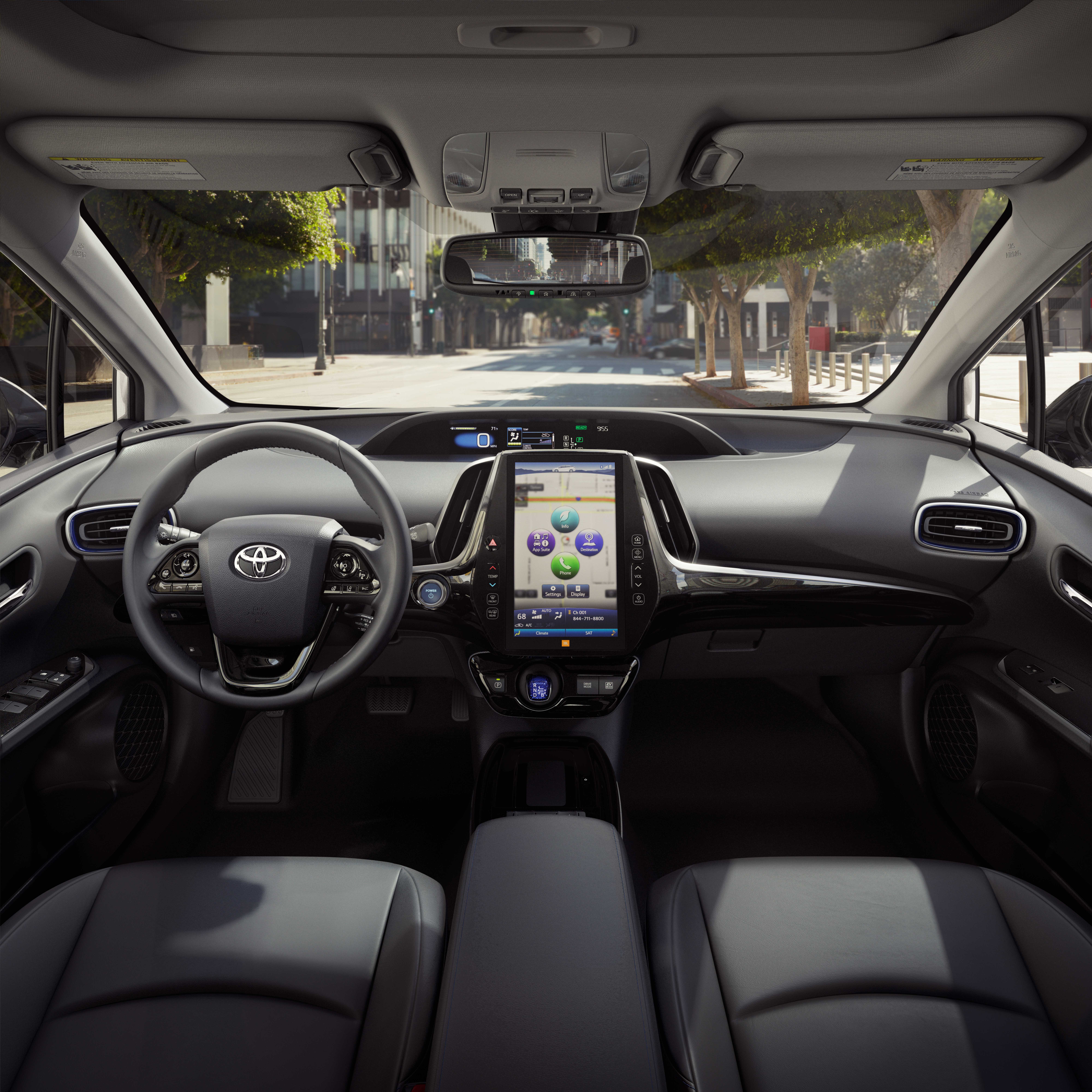 The rest of the Prius line gets reshaped headlights and taillights. There are some redesigned bumpers too with changes to relocate the fog lights into the grill opening and new paint colours in Supersonic Red and Electric Storm Blue. Inside, Toyota has added some more black accents. That changes the steering wheel trim from white to black as well as adding accents to the centre console and the area around the gearshift.

For 2019, the Prius will be available in Canada in five trims. Base starts from $27,990 and gets display audio, auto temperature control, and Toyota’s Safety Sense P. The FWD car can be had with the Technology pack that starts at $32,490. That’s $2,200 more than last year but it adds SofTex faux leather and power adjustable seats, rain-sensing wipers, LED lights, a heated wheel, blind spot monitoring and rear cross traffic alerts. Like last year, it also adds a larger 7.0-inch touchscreen audio system with navigation and a power moon roof.

The base Prius AWD-e starts from $28,990. The AWD-e Technology adds an 11.6-inch screen, and the rest of the FWD car’s features for $32,990. The AWD-e can also be special ordered with the Technology Advanced package with head-up display, adaptive headlights, parking sensors, and a garage door opener for $34,790. The FWD Prius is rated for 4.4 L/100 km city, 4.6 highway, with the AWD-e just slightly thirstier at 4.5/4.9. Both are available at dealers now. 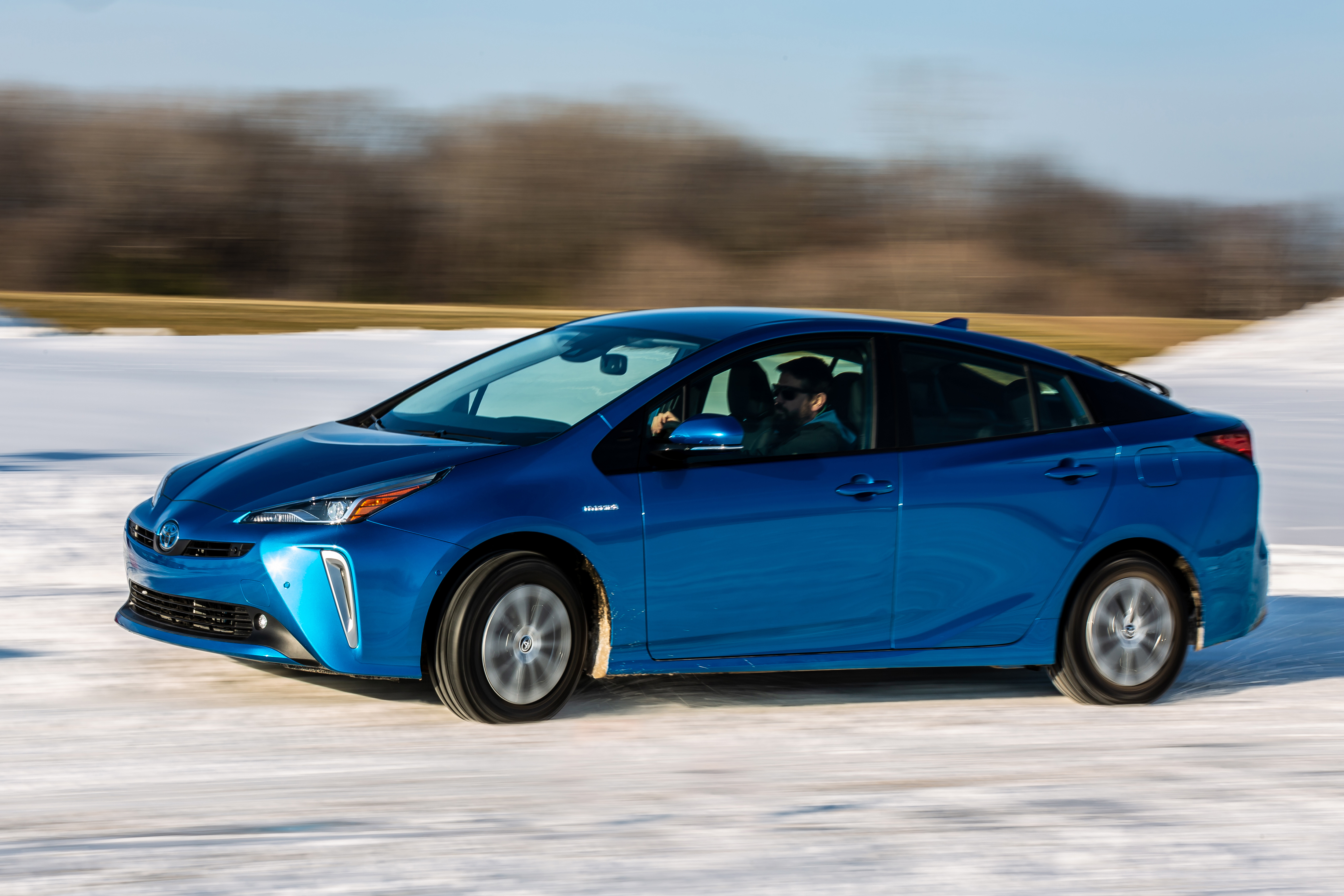