Toyota, Lyft come together to give Vancouver driver hydrogen-powered vehicles

Join the Conversation (0)
Toyota Canada and Lyft Canada have announced a unique partnership that will see users of Lyft in Metro Vancouver get access to Toyota Mirai sedan, on of the first mass-produced hydrogen-powered vehicles, through Toyota’s KINTO Share program.

This unique partnership will form part of the province of British Columbia’s efforts to reduce carbon emissions and to raise the profile of hydrogen fuel cell electric vehicle technology.

“Lyft’s mission is to improve people’s lives with the world’s best transportation, and to achieve this, we need to make transportation more sustainable,” said Peter Lukomskyj, general manager, Lyft in B.C. in a press release on the announcement. “This partnership will better serve current drivers and those who don’t have a vehicle but want to drive with Lyft for supplemental income, while moving us toward our goal of reaching 100 per cent electric vehicles on the platform by 2030.”

“Toyota’s KINTO Share program is proud to partner with Lyft to demonstrate a zero-emission mobility-as-a-service model in another important step toward achieving our global sustainability objectives,” added Mitchell Foreman, director of advanced and connected technologies at Toyota Canada. 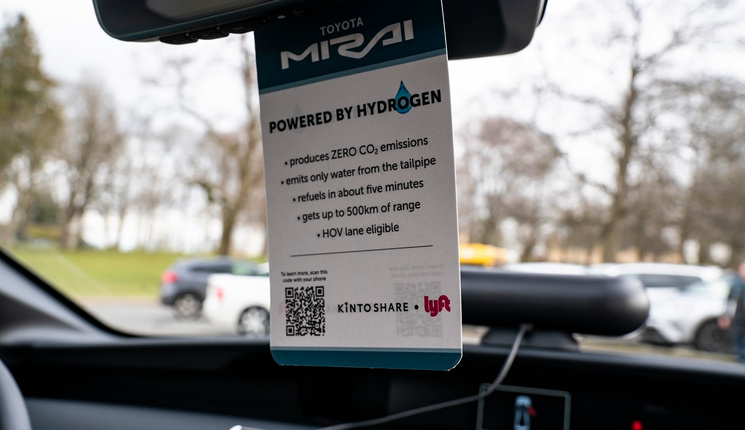 Those wishing to drive one of the Toyota Mirai’s can use the KINTO Share Canada app and pick up the vehicle from one of three Toyota dealerships in the Lower Mainland. The weekly rental rate is $198 per week + taxes and fees, and includes insurance and scheduled maintenance.

Canada’s federal government in its Hydrogen Strategy for Canada has set an ambitious goal to make Canada a global hydrogen leader. British Columbia promoted hydrogen in the 2018 CleanBC plan and the 2019 Hydrogen Study, with an emphasis on transportation fuels including fuel-cell electric and other zero-emissions vehicles.

“Reducing emissions from transportation is a critical part of our plan to create a cleaner, healthier future for our children and grandchildren,” said The Honourable Jonathan Wilkinson, Minister of Environment and Climate Change, P.C. M.P. “The Government of Canada is pleased to see collaborations like this one between Lyft Canada and Toyota Canada, which will not only benefit our environment, but also help position Canada as a world leader in the uptake of hydrogen technologies.” 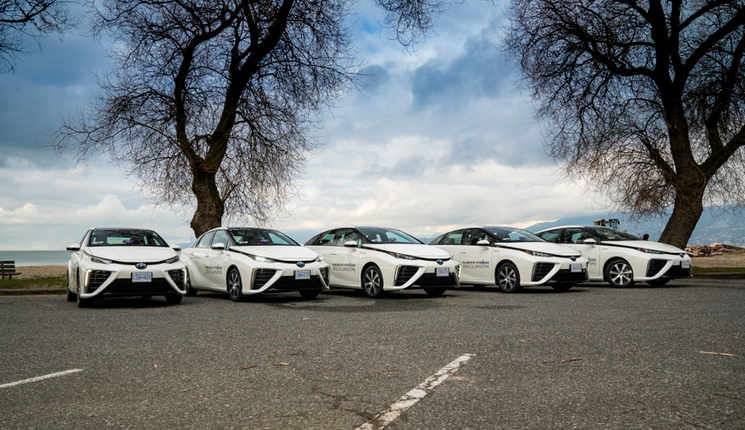