Toyota calls the essence of the concept “Casualcore” for this “toolbox” aimed at primarily urban dwellers who want to get away from it all, ready-to-go-now.

NEW YORK, NY: “Future Toyota-Four-Wheel-Drive Crossover” or FT-4X is the name of the concept Toyota brought to the New York International Auto Show.

Toyota calls the essence of the concept “Casualcore” for this “toolbox” aimed at primarily urban dwellers who want to get away from it all, ready-to-go-now.

Looking at it from any angle, the concept has a rugged look to it and is based on the brand’s New Global Architecture (TNGA) C-Platform with 18-inch wheels sporting custom 225/55R-18 Goodyear All-Season tires at each corner. 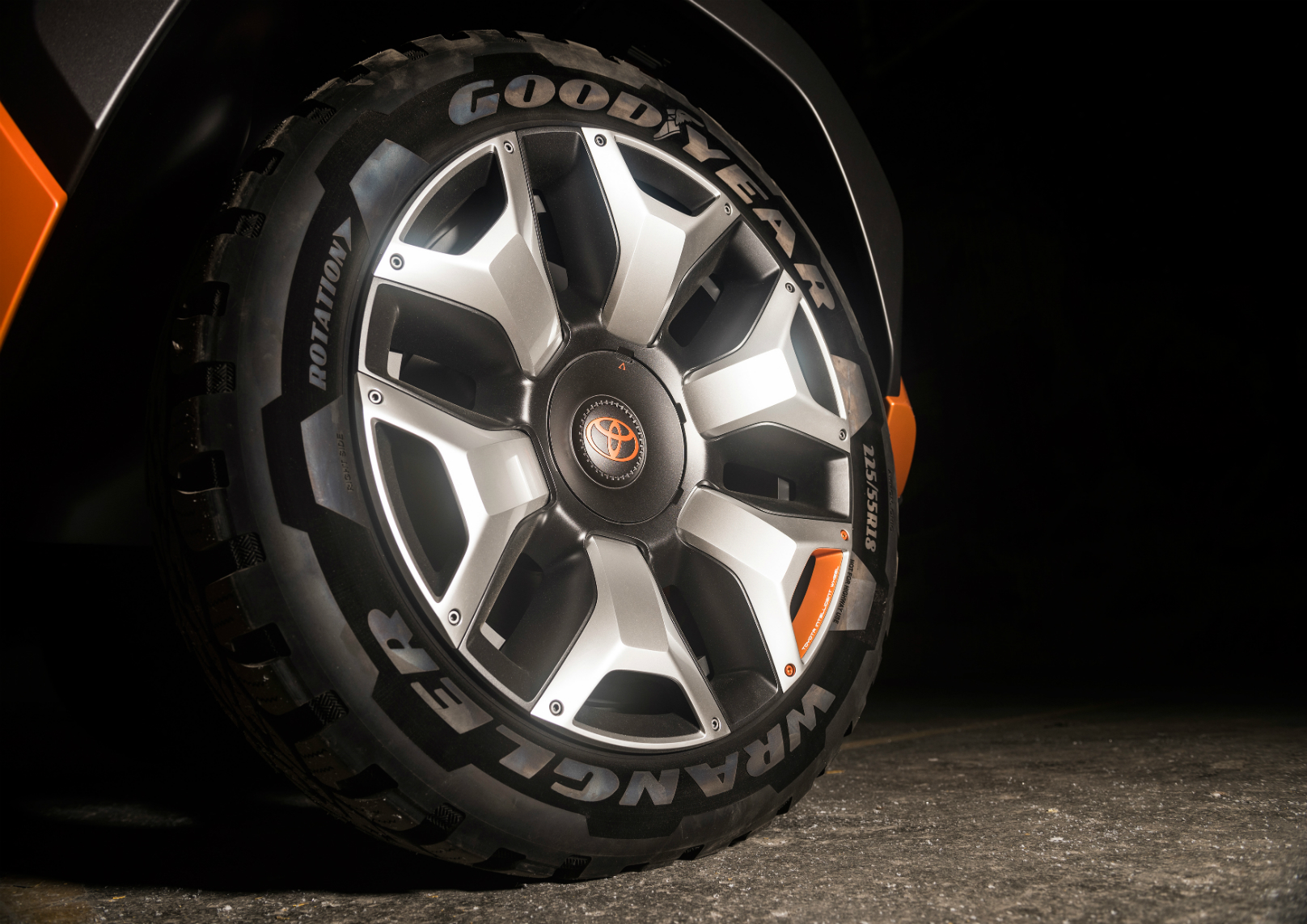 The rear features what Toyota calls as its Multi-Hatch that opens vertically in Outdoor Mode or horizontally in the Urban Mode. On the inside panel of the Multi-Hatch are two boxes – one warm and one cool.

The interior is divided into three zones starting with the Clean Zone where the front row features stout floor mats and doorsills inspired by “Sunoko” slatted wood flooring found in Japan.

The Wet Zone just behind the front seats is just that were people can store damp swimsuits/snow clothing or muddy boots.

The Rear Cargo Zone features a storage bin below the cargo floor that can be reached by sliding the floor panel toward the Multi-Hatch. When the second bench seat is folded down it increases cargo volume dramatically. 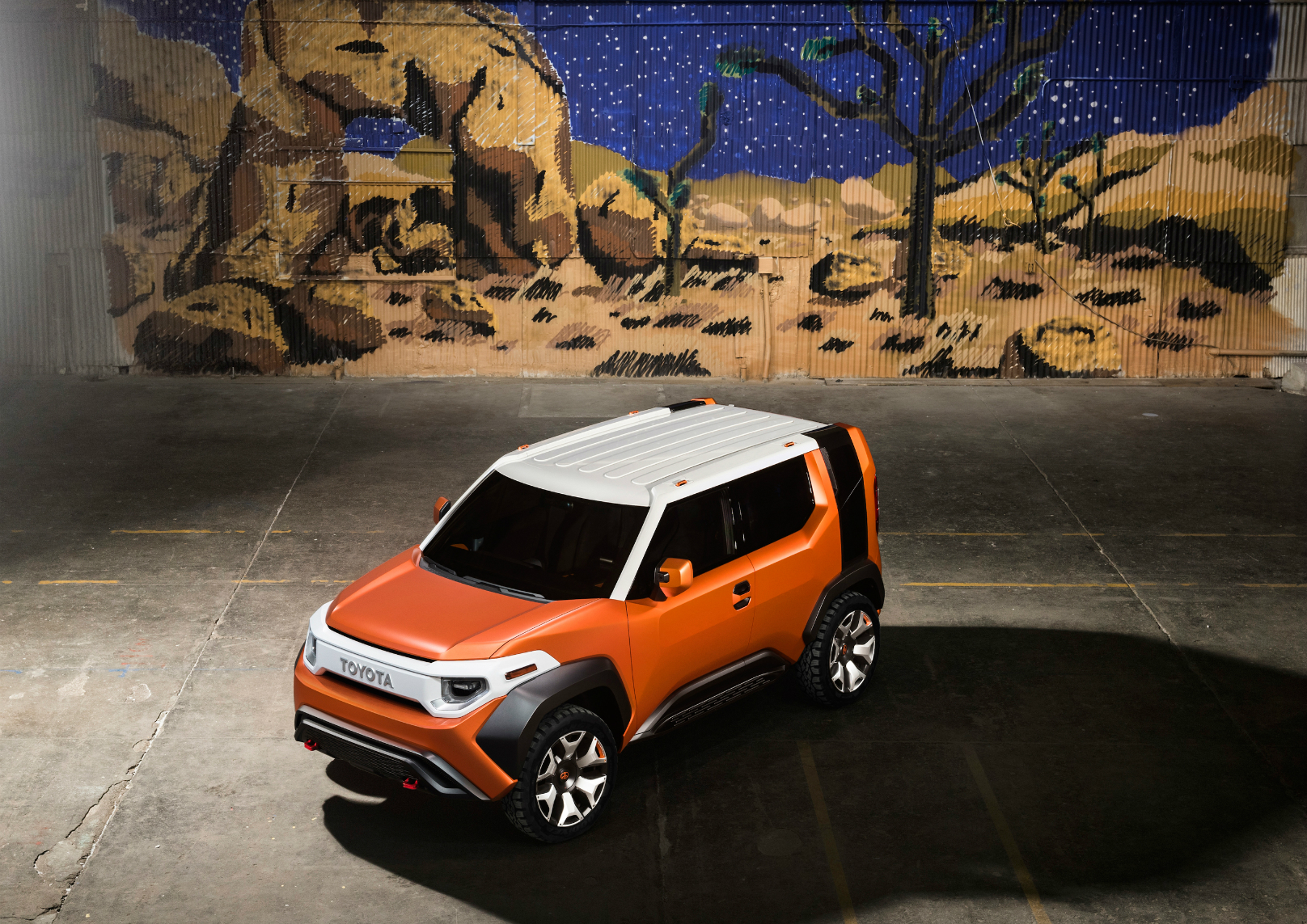 Armrests have USB outlets and the ceiling dome light/flashlight is removable while a North Face sleeping bag fits between the two front seats. The centre console opens upward to reveal another storage area with a breathable mesh cover that allows wet items to dry. There are bungee cords to hold small items in place.

The dash ahead of the front passenger is a mix of blue and orange designated storage areas. A larger blue chest “floats” above a carved orange bin.

On both sides of the chest are slim air vents capable of rotating down in order to warm, dry, or cool clothing such as gloves and hats. A removable multimedia audio system is part boom box, part in-dash stereo and is engineered with an extra-large handle grip.

Toyota says a drivetrain for something like the FT-4X would probably have a small four-cylinder engine and mechanical four-wheel-drive with selectable low-range gearing. 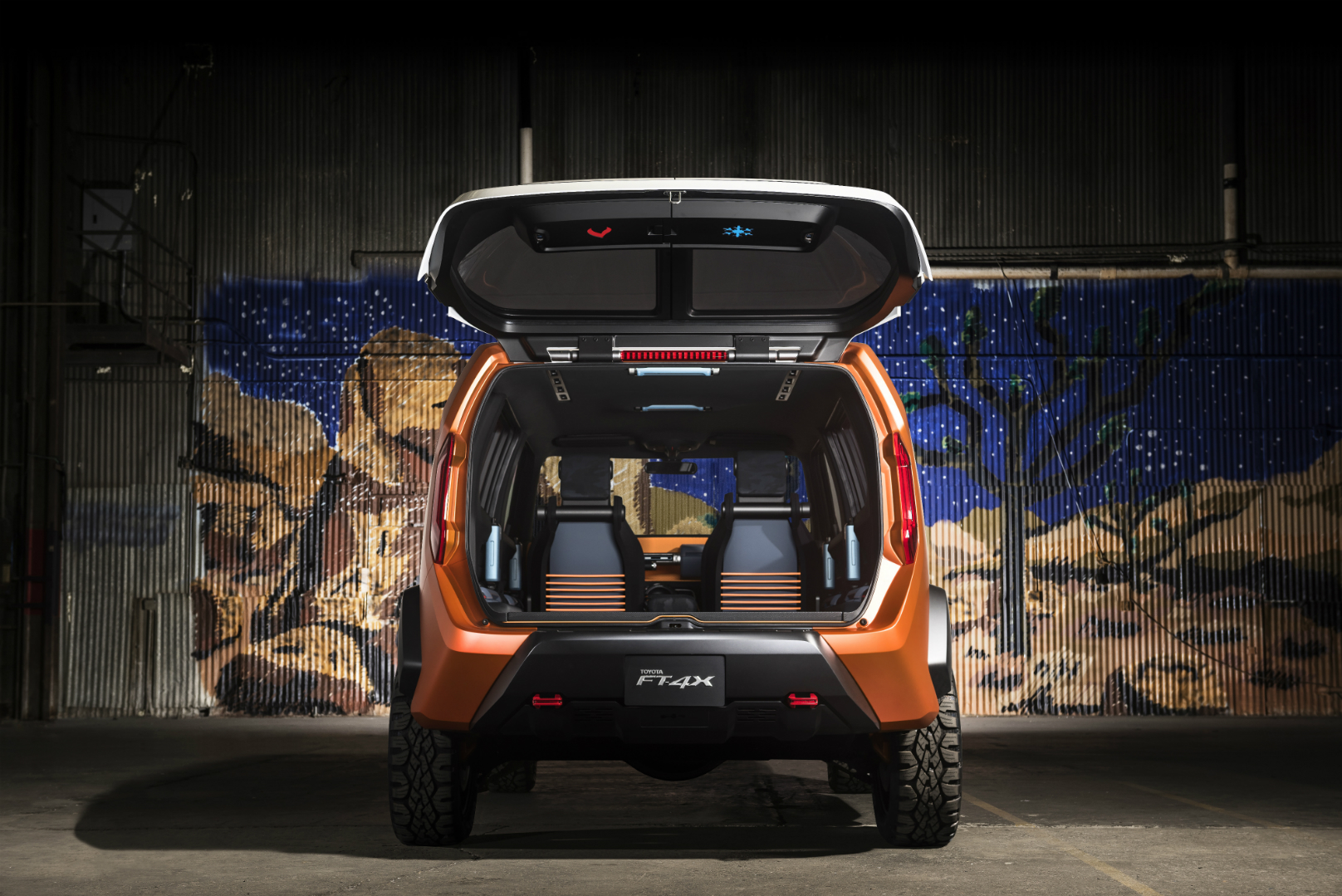