The automaker wants you to know it's serious about making this one ready for the dirt.

CHICAGO, IL – Toyota is going all off-road, all the time, adding yet another model to their TRD lineup. This time it’s not an even more extreme, more snorkled version of one of their pickups or even a body on frame SUV. The latest TRD Off-Road model is the RAV4, getting a host of upgrades to make the crossover more capable.

The automaker wants you to know it’s serious about making this one ready for the dirt. They say that it builds from what TRD learned with Ryan Millen and the TRD Rally RAV4 that’s competed in the American Rally Association Series and the Canadian Rally Championship. Though in the two-wheel drive class, not all wheel drive like you might expect.

It starts with a TRD Off-Road suspension that gets TRD-red coil springs. They boost the RAV’s ride height to 218 mm, the same as the RAV4 Trail. It’s 5mm higher than lesser RAVs. Despite not changing the ride height, the springs do have a different spring rate.

Controlling those springs are new twin-tube dampers. They’ve been re-valved and they get new internal rebound springs to help control the ride when you’re bouncing off of boulders. Well, they didn’t say boulders, but you know what we mean. Toyota says that the new suspension improves bump isolation and smooths out the ride on trails. Or, more importantly, on rough city streets. 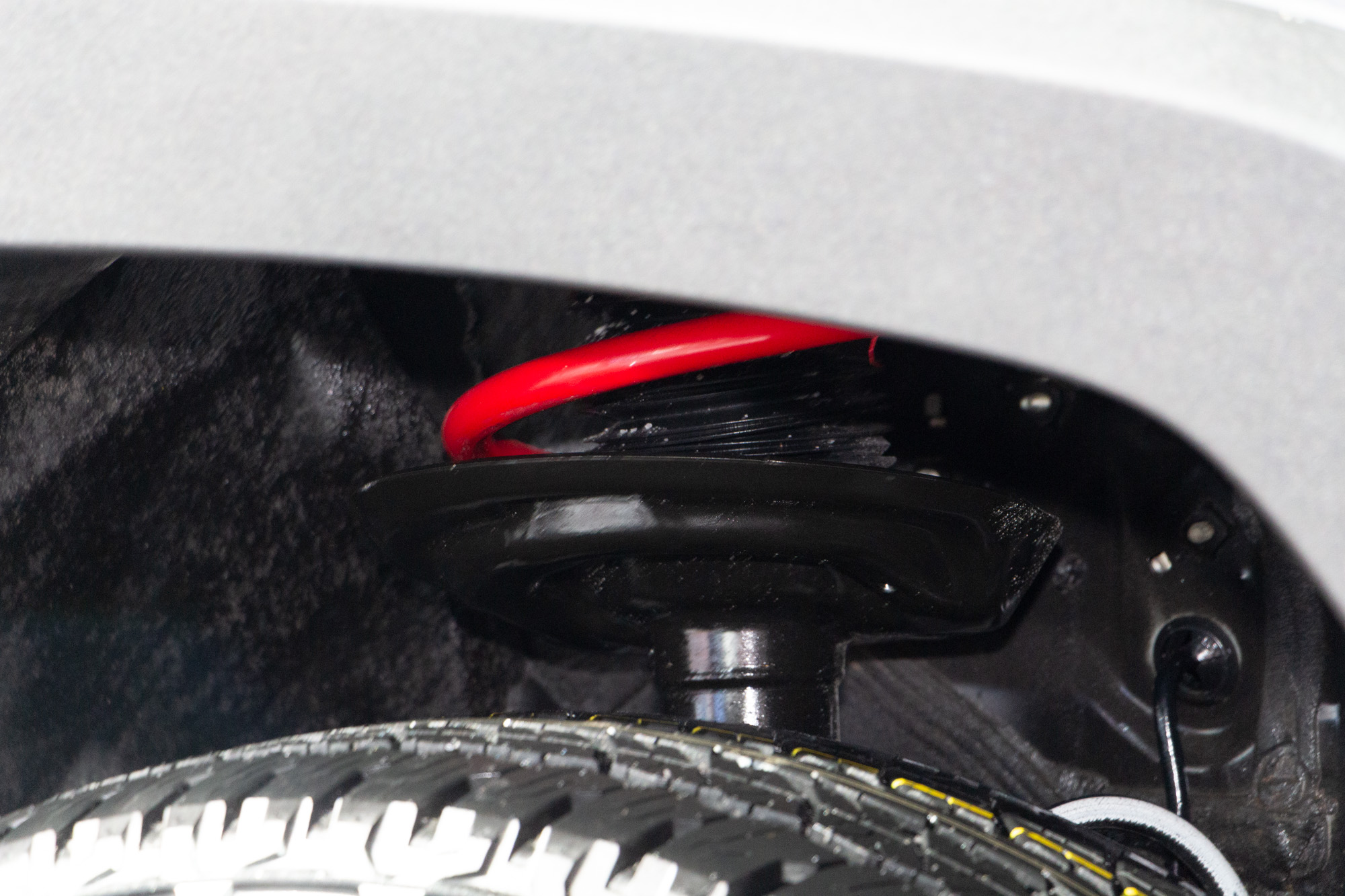 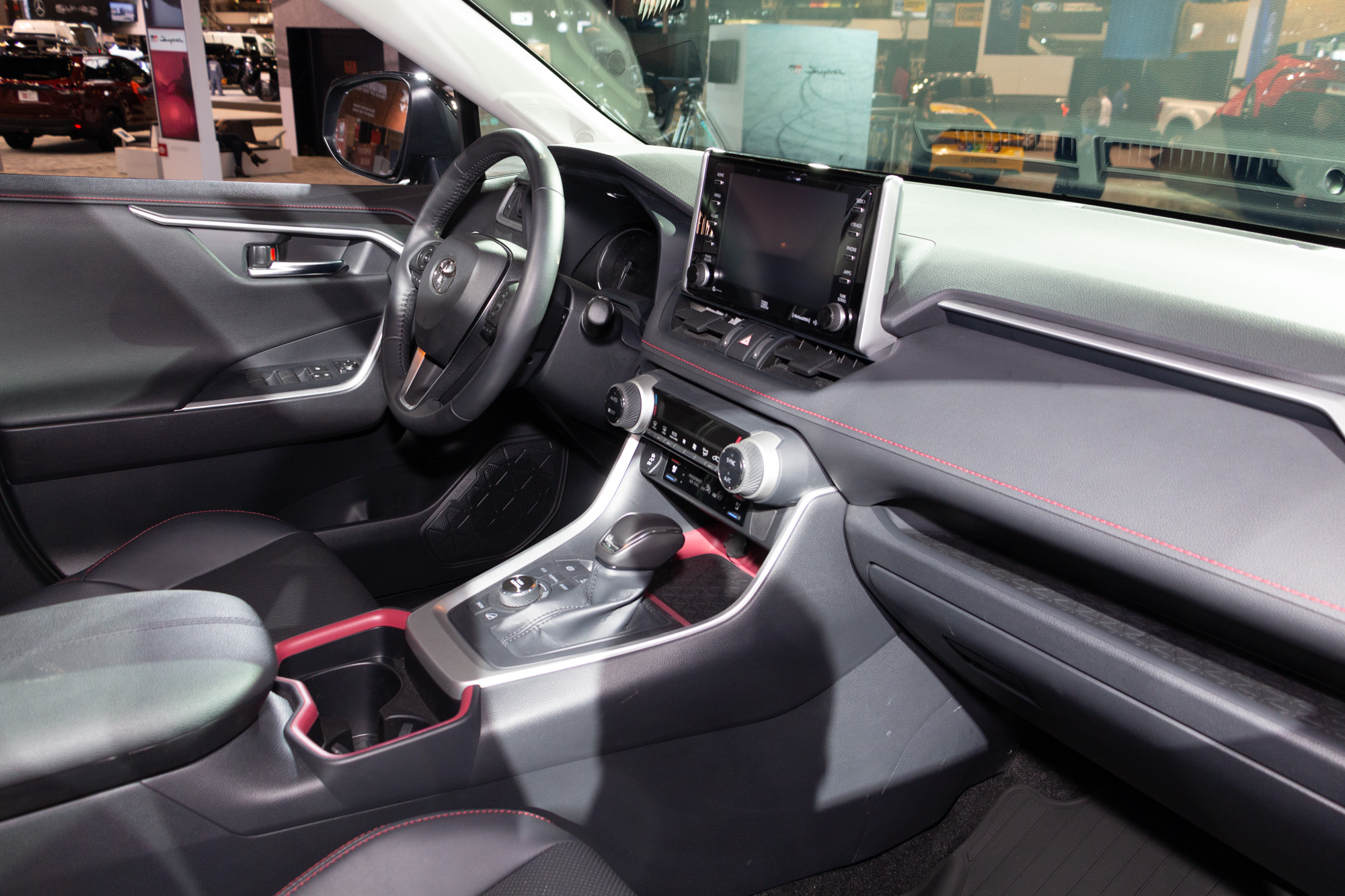 At the corners are special 18-inch alloys, flow-formed for more strength and less weight. The matte-black wheels are hiding inside some serious off-road tires. Falken Wildpeak A/T Trail all-terrain tires. They have a special tread pattern and rubber compound developed to TRD demands. The tires have a square shoulder to protect from punctures and are snow rated.

Inside, the cabin is loaded with TRD accents. Starting with the SofTex faux-leather seats. They get a unique textured pattern like the one in the other TRD models and a red stitched TRD logo in the headrest. Elsewhere around the driver are matching red accents. Keeping the mud controlled inside are TRD all-weather floor mats.

The 2020 RAV4 TRD Off-Road uses the RAV4’s 2.5L four, making 203 hp. It’s matched to an eight-speed auto and is rated to tow up to 1,591 kg. Unlike the Rally RAV4, this one gets all-wheel drive as standard. It’s Toyota’s dynamic torque vectoring system that using the brakes can send up to 50 percent of power to the rear wheels, and direct it to the left or right rear to balance handling and traction.

It has a Multi-Terrain Select system that lets the driver pick from Mud & Sand, Rock & Dirt, and Snow modes to enhance traction in those conditions. This one gets Hill Start Assist, Trailer Sway Control, and Downhill Assist Control.

Toyota hasn’t released pricing for their latest off-roader yet, but they have said that we can expect to see it at dealers this fall. 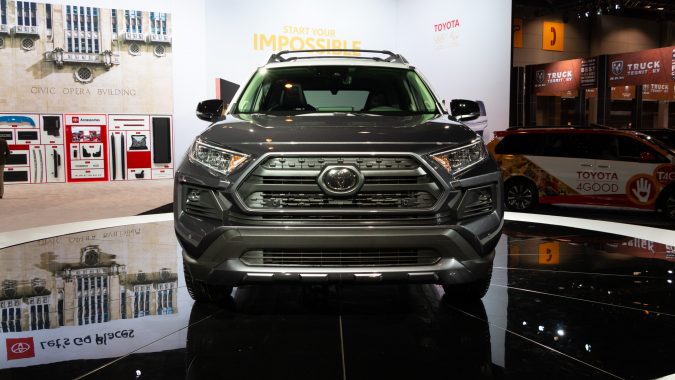 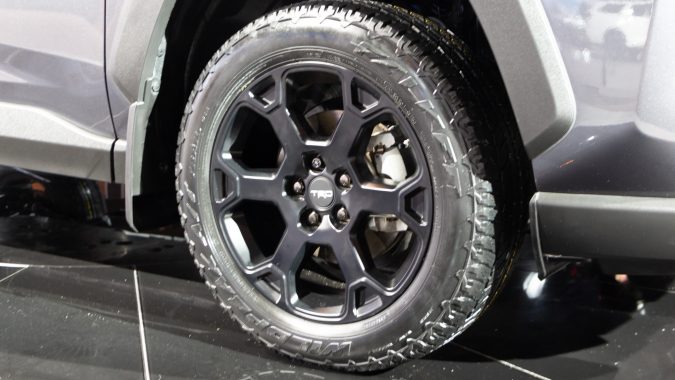 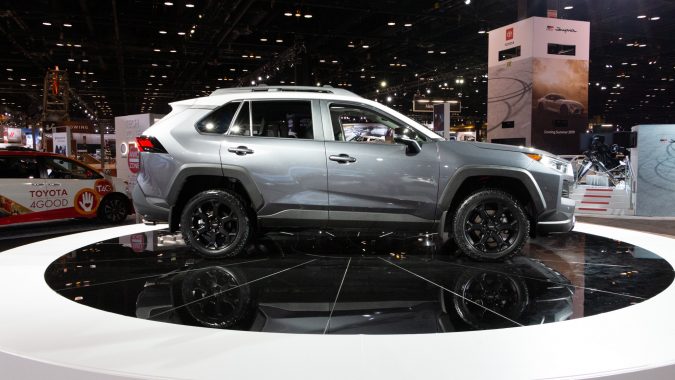 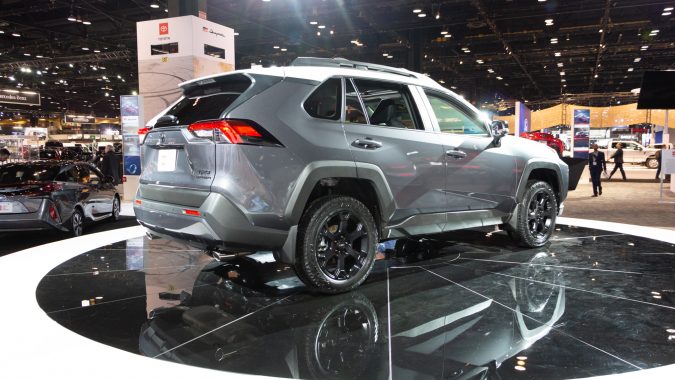 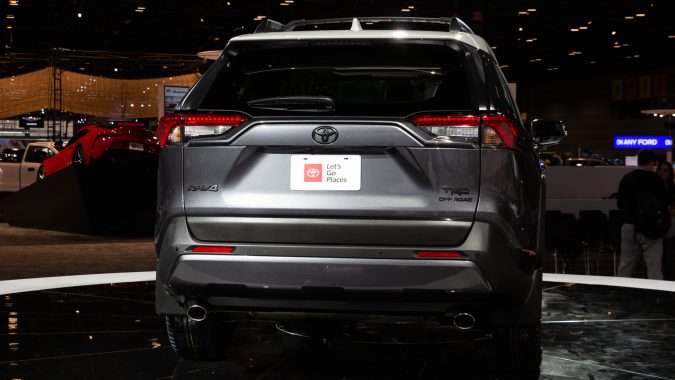 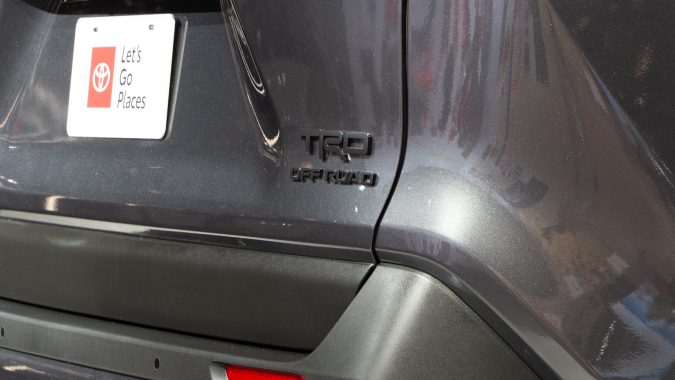 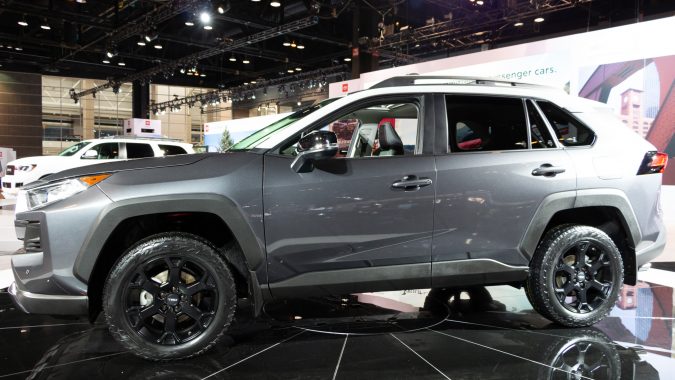 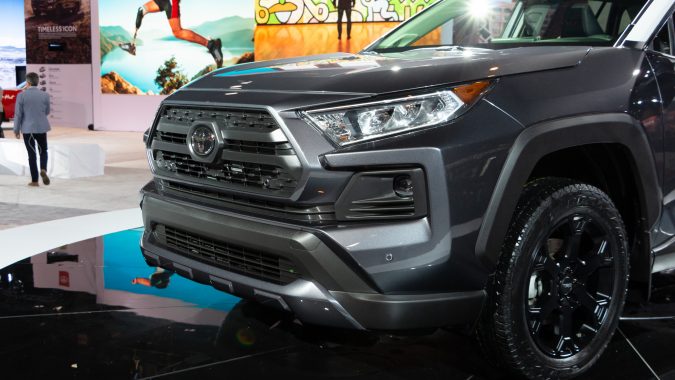 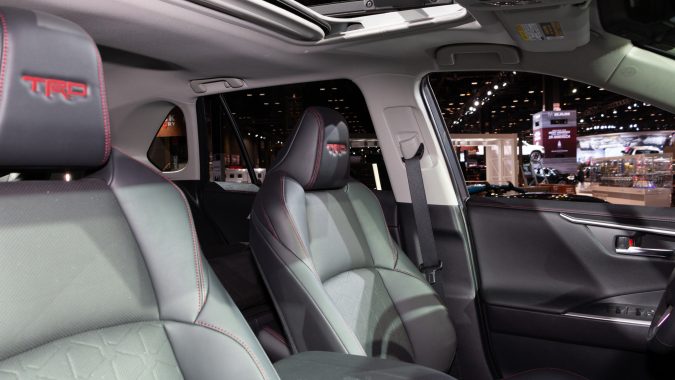 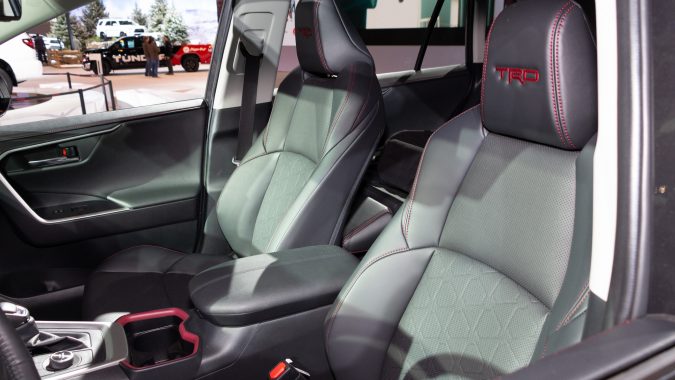 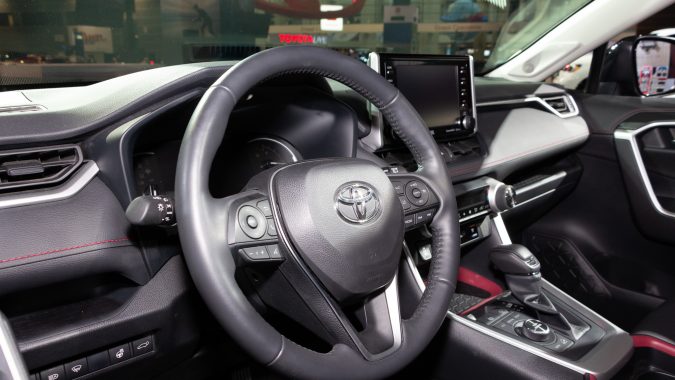