Toyota has brought a whole host of vehicles to the SEMA show this year.

To help celebrate 40 years of TRD, Toyota has brought a whole host of vehicles to the SEMA show this year, including a 500 hp Supra, a 750 hp Supra, and an Avalon that’s quicker on track than a Porsche 911.

Don’t worry, we’ll circle back to the 500 hp Supras, but that Avalon needs a closer look first. You read that correctly, the automaker built a version of its biggest sedan that ran 1:25.3 around the Streets of Willow road course, a time it says is quicker than a 911 Carrera or Audi R8.

Which is why it’s earned the TRD Pro badge, and frankly we have a hard time arguing with that. Front-drive barge or not. So what did TRD and DG-Spec have to do to this one? It starts with a cold air intake and 3.0-inch exhaust for the 3.5L V6, which it says boosts power to 330 hp. An OS Giken front diff keeps both front wheels turning, and a transmission cooler from a Tundra holds the eight-speed auto together. Motion Control Suspension high-end coilovers with remote reservoirs replace the factory damping, and there are adjustable rear camber arms.

Of course, it needs big rubber as well, and so TRD fitted Goodyear Supercar 3R tires in 275/35R18 at all four corners. Aluminum suspension uprights from a RAV4 replace the heavier Avalon stock bits as well. A Stoptech ST40 big brake kit rounds out the mechanical changes, but there are more aero and lightweight tricks like a carbon fibre hood. 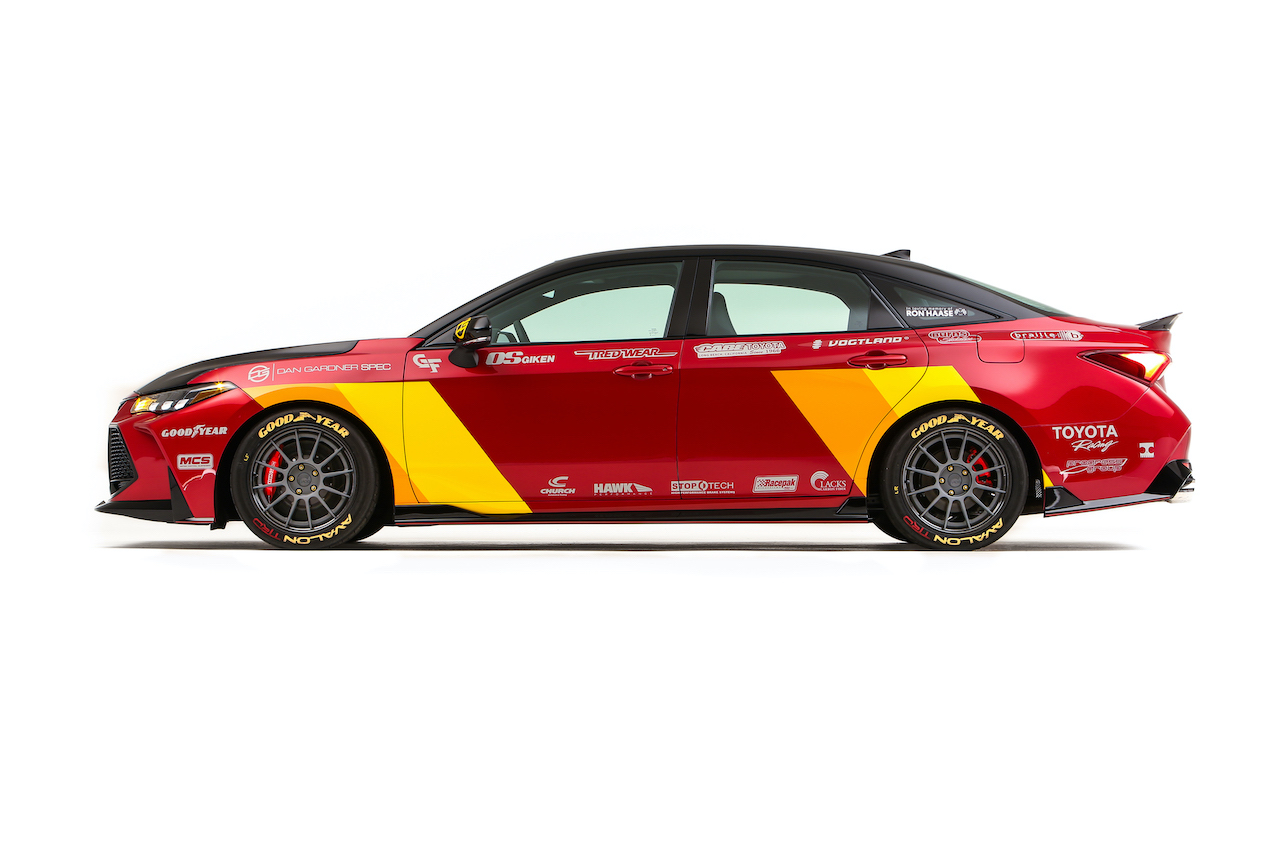 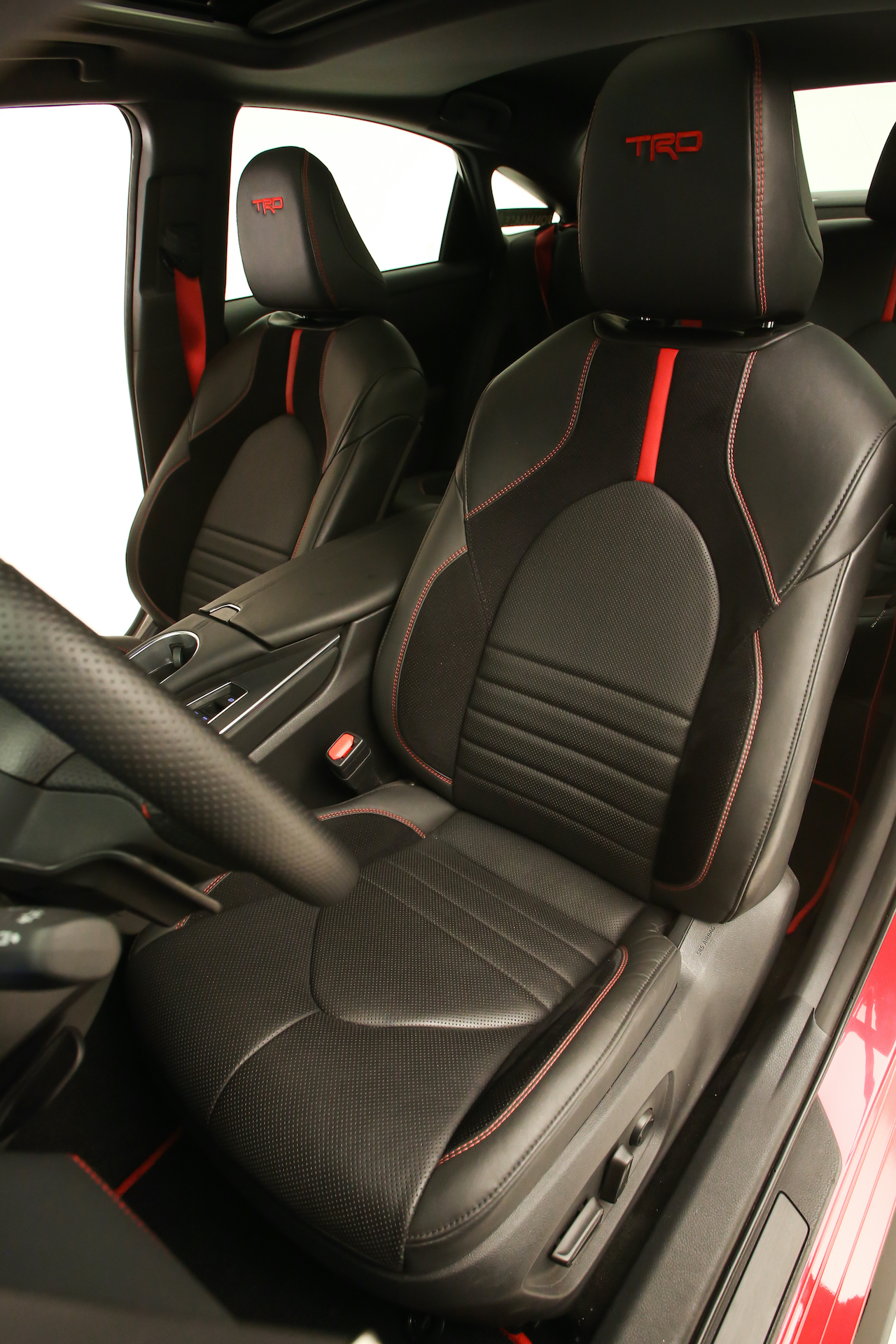 The GR Supra Heritage Edition gives the new Supra something it was missing. A link to its heritage by way of a massive basket handle rear wing. Just like the fourth-gen car. The taillights also harken back to the last-gen car. Replacing the entire rear suspension with an inboard open-wheel style setup allows for 305-wide Toyo Proxes R888R competition tires on the back with some slightly more modest 295-wide ones on the front. A new turbo and custom exhaust, along with revised engine management, let the engine make more than 500 hp. 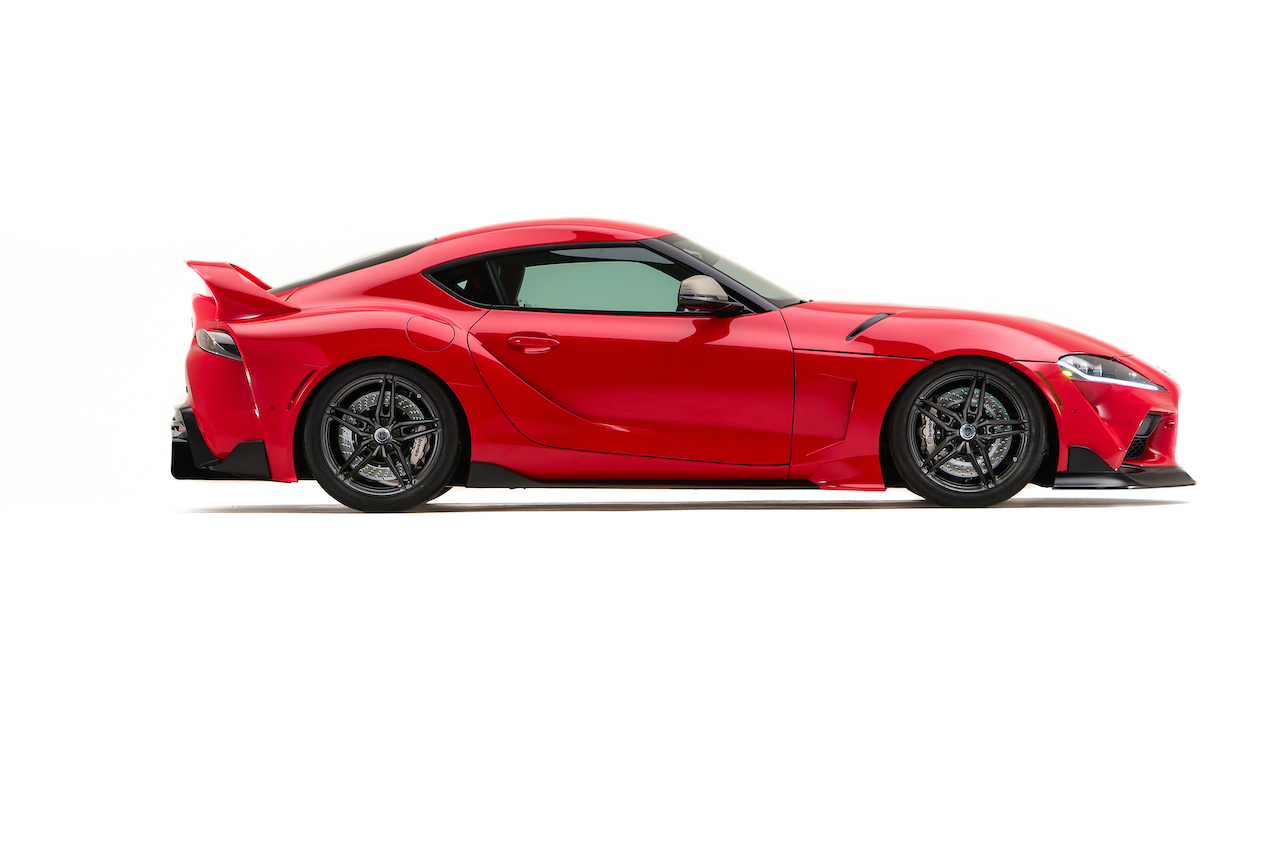 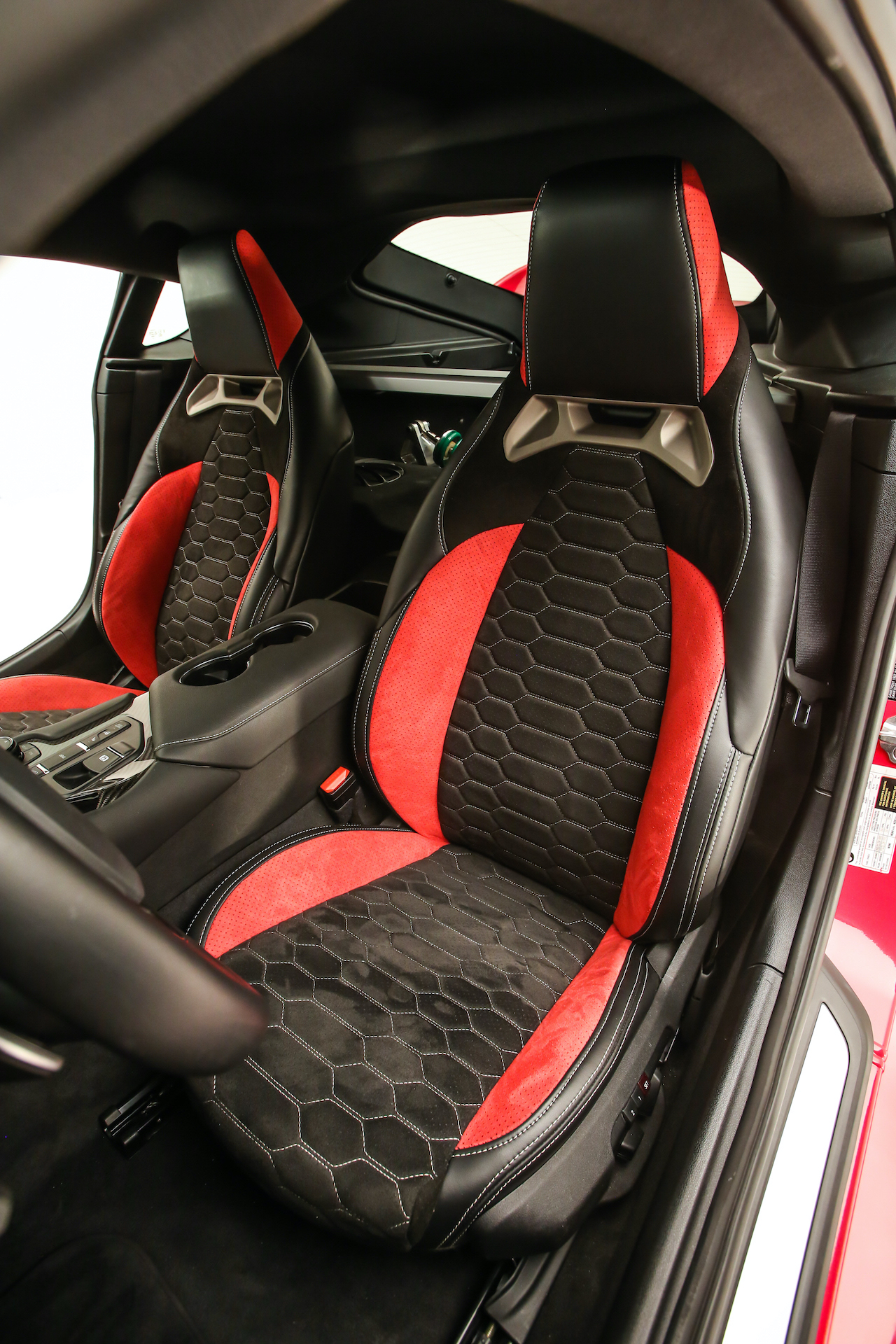 Nascar commentator, former Top Gear US host, and flannel enthusiast Rutledge Wood brought a GR Supra to the show with a new carbon fibre body kit that it says will mount like OEM. It gets huge 335-wide rear tires under the carbon fenders along with a KW suspension. A new turbo and manifold boost power to more than 750 hp. This one gets a wing that, well, no other car has a wing big enough to make a comparison. Imagine if Dodge had done a Daytona wing, but somehow accidentally doubled it in size. That’s about the right idea.

There are also new Toyota accessories for the Supra. It starts with a new aero package, as shown on the Wasabi concept. That includes the new spoiler, and a newly integrated centre-exit exhaust. New wheels, new Brembo brakes, and an Ohlins suspension complete the changes with a new Toyota strut tower brace. 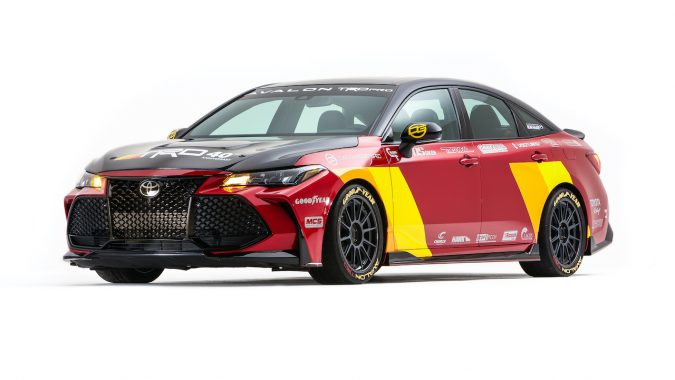 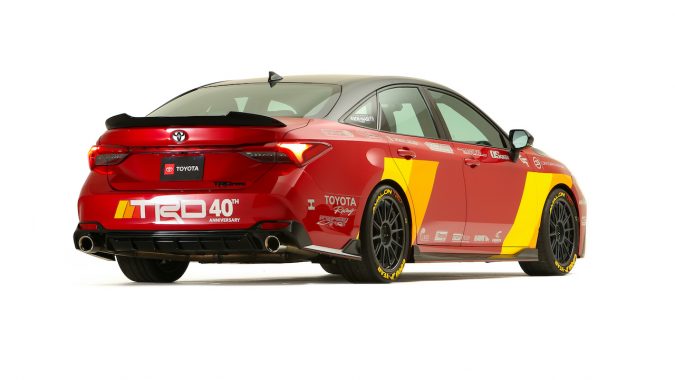 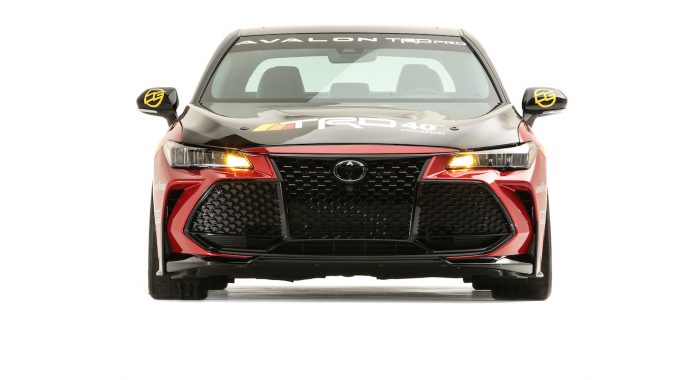 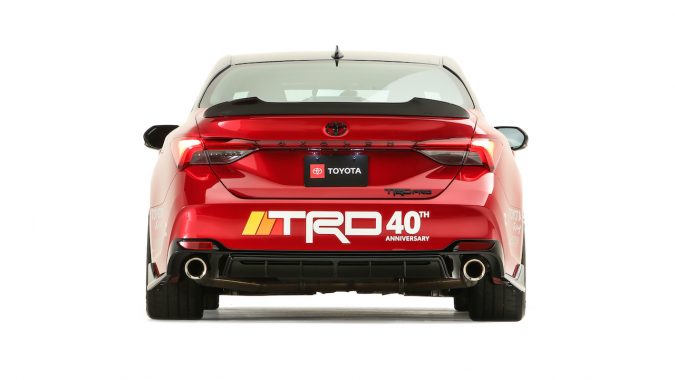 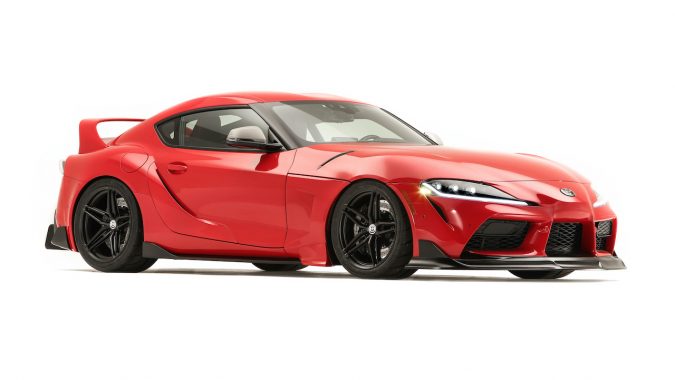 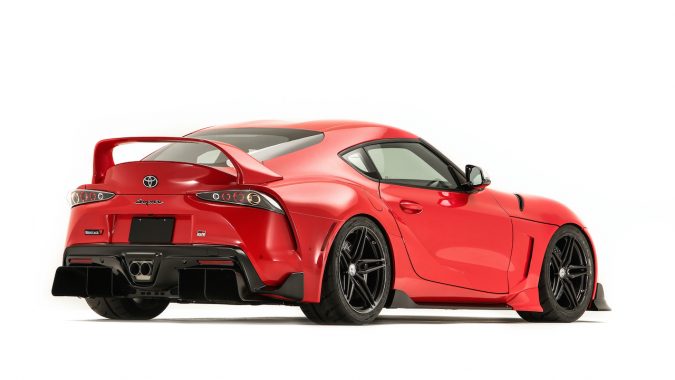 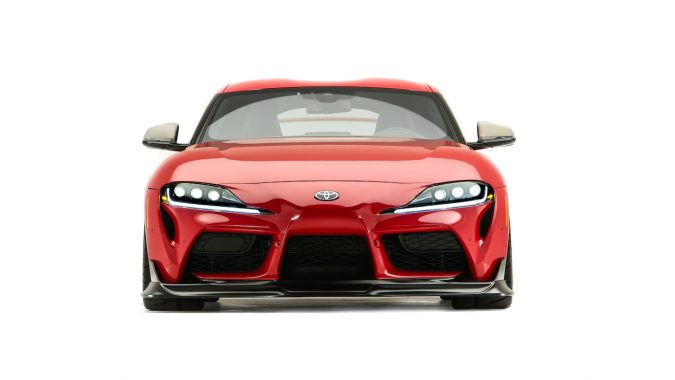 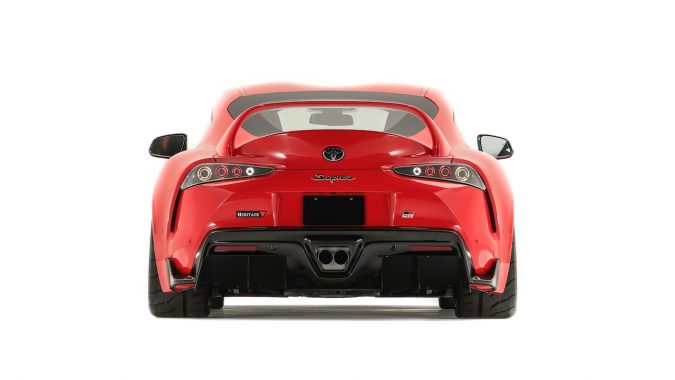