If you haven’t heard of Nicholas Latifi before, you soon will.

MONTREAL, PQ: Could Toronto’s Nicholas Latifi be the first Canadian in more than 20 years to win a Formula One Grand Prix race?

If you haven’t heard of Nicholas Latifi before, you soon will.

Based on his strong performance in 2015 in the Formula Two world championship — seen as the stepping-stone to Formula One — he was signed as a test driver for the Renault Sport FI team last year and again this year.

He is also closely involved with Infiniti Canada as a brand ambassador, a perfect fit, as Infiniti is the technical partner to the Renault F1 team supplying the engine and energy recovery systems in the racecars.

Renault is in the midst of a huge rebuilding push since returning to the sport five years ago, following its takeover of the former Lotus team and rebranding it Renault.

Over the recent Montreal Grand Prix weekend, both Cyril Abiteboul, Renault Sport Formula One team principle, and Tomasso Volpe, director Global Motor Sport, Infiniti Motor Company, both stressed Renault is in the midst of a five-plan to have Renault contending for the world championship by 2020. 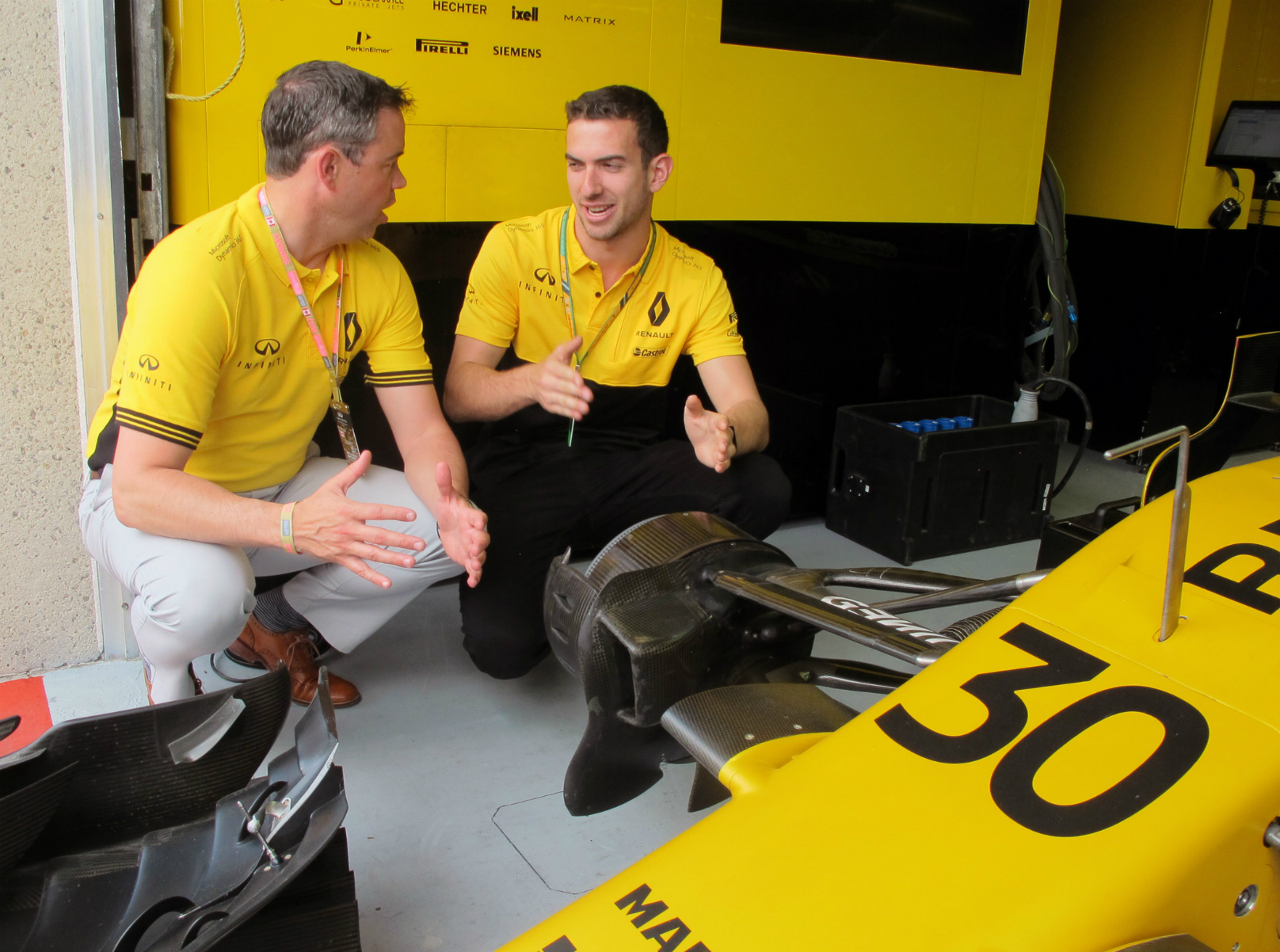 While neither would confirm if Latifi would have a driver spot on the team, he has already put in 141 laps testing this year’s RS17 racecar.

Talking about his track test in the car earlier this year at Barcelona, he said, “I wasn’t sure what to expect physically.

I found it quite easy to get up to speed and actually that surprised me. I approached it the same way as I approach any car. I was a bit uncertain before I jumped in, but after two laps I was fine.

“These new cars have high Gs. I was happy to do so many laps. I admit, my neck was quite sore the next day.”

But more to the point, Latifi, who is doing even better so far this year in F2, has been told to get more race simulator time, which is a good sign.

Latifi is 21 and calls North York his home. His mother and father, Marilene and Michael, still live there and his younger brother, Matthew, 14, still attends school.

Latifi’s desire to race F1 came “out of the blue” when he was just 13 years old, according to his mother.

“He was at a birthday party at an indoor go-kart track where he did so well, the owner came up to us and said ‘he has something special and you should encourage him’,” she said.

“I wasn’t actually a die hard Formula 1 fan then,” Latifi said in a recent interview. “I didn’t idolize any drivers.

“But as I got into racing, I found some drivers I wanted to emulate. Michael Schumacher and what he accomplished was amazing.

“Lewis Hamilton and Fernando Alonso, too, they have characteristics in their driving which would be good to emulate.”

His father said he has seen his son mature by “being among the best in world.”

Also impressed has been Infinity’s Stephen Lester, who said “he brings a lot of credibility to the brand.”

Infiniti is teaming with Renault to develop the Infiniti Project Black S high performance car with the drivetrain built by Renault, utilizing all the technology gained in F1.

Lester said Latifi will be an integral part of the introduction of this car, which is the first in the world to be jointly developed with a Formula One team.

Growing the Infiniti-F1 connection of the brand across Canada, will see Latifi as a keystone to raising the perception of what Infiniti as all about. 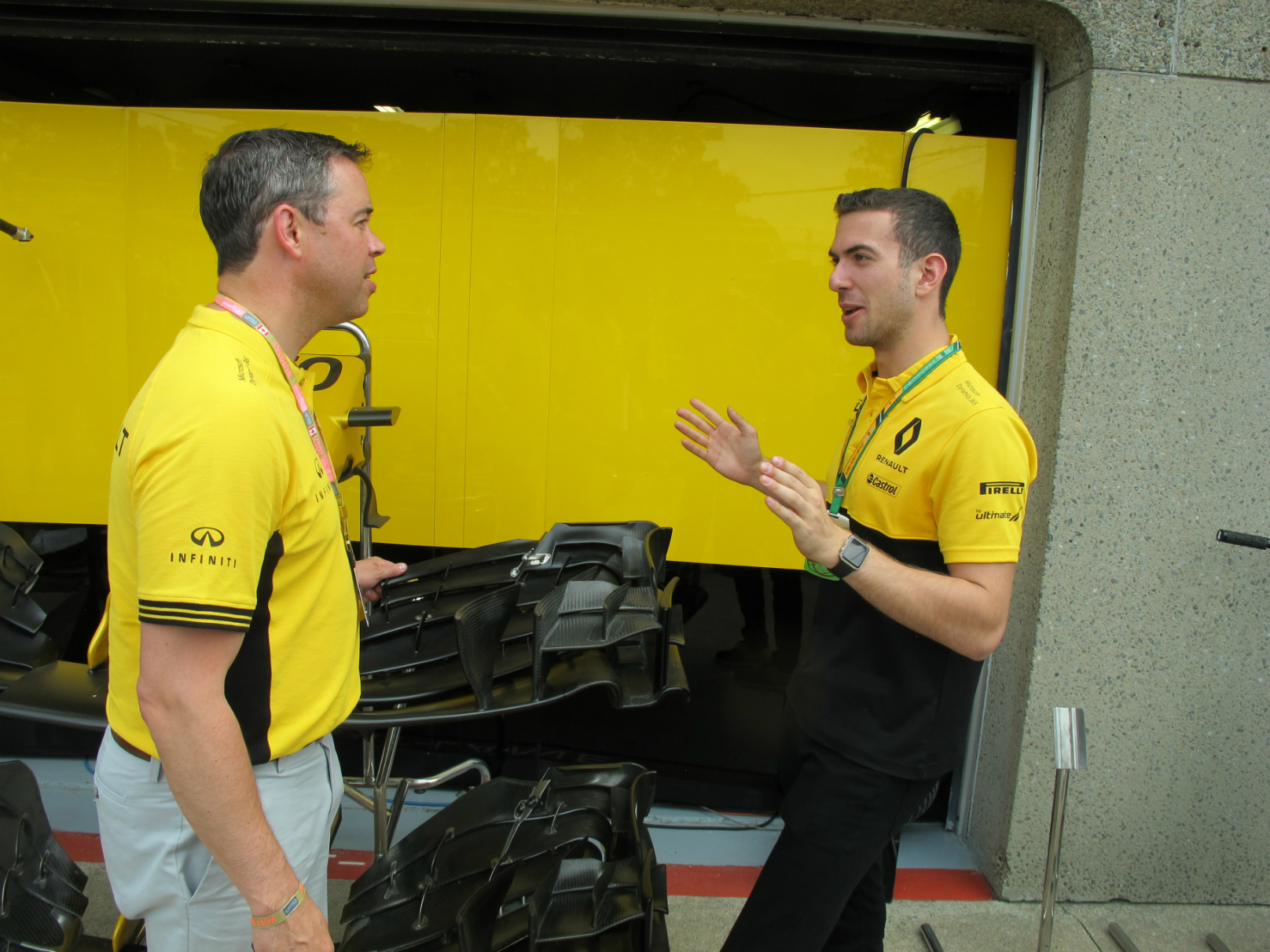