At this year’s Canadian International Auto Show in Toronto, Aston took the wraps off its extraordinary new hypercar, the AM-RB 001.

Few would argue the point that Aston Martin is a performance-oriented company. From the sinewy V12 Vantage S to the fast-family Rapide, Aston is known for putting its badge on some mighty quick machines. At this year’s Canadian International Auto Show in Toronto, Aston took the wraps off its extraordinary new hypercar, the AM-RB 001.

Since turning the corner from a high-end brand who wasn’t terribly successful on the balance sheet to a profitable company, the Warwickshire-based manufacturer now seeks to create it’s ultimate halo car, one which has the potential to be the fastest car on earth. Hewn from carbon fibre, F1 technology, and possibly unicorn tears, the hypercar is a joint effort with the phenoms at the Red Bull F1 racing team.

Billed as the ultimate innovation partnership between the British luxury brand and successful F1 team, the AM-RB 001 will have a naturally-aspirated V12 engine mounted amidships mated to an F1-like Kinetic Energy Recovery System (KERS). This combination is expected to make enough power to allow Aston the right to boast of a 1:1 power-to-weight ratio. Specific details weren’t divulged but if the 1:1 ratio translates to 1000hp total power output and 1000kg curb weight, gearheads can bank on performance figures similar to or exceeding those posted by hypercar royalty like the Ferrari LaFerrari and McLaren P1. It is whispered in hushed tones, for example, that the AM-RB 001’s top speed may exceed a dizzying 400km/h. 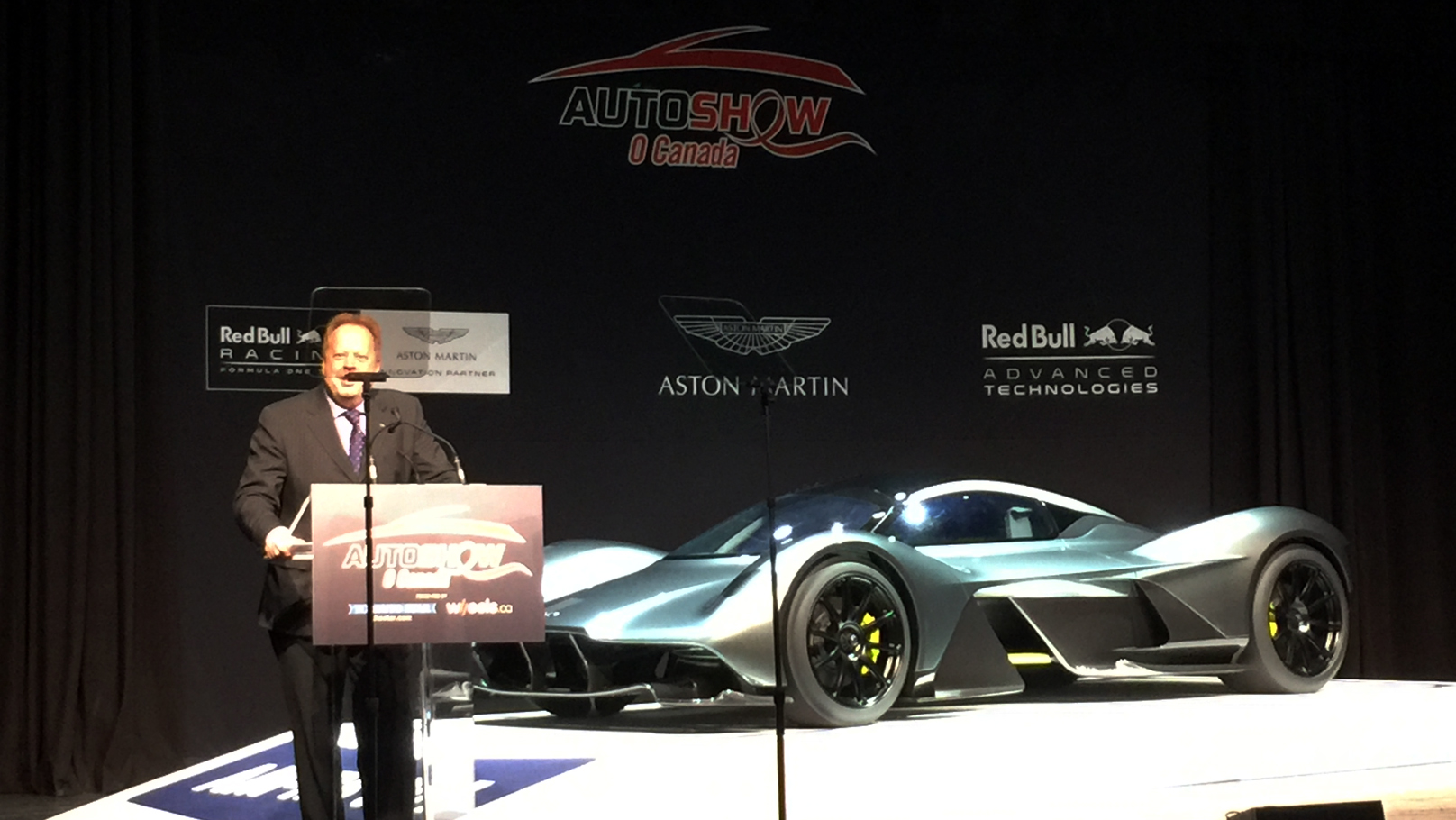 Built around a lightweight carbon-fibre structure, the AM-RB 001 boasts truly radical aerodynamics which will provide unprecedented levels of downforce for a road-legal car. The Chief Technical Officer of Red Bull Racing in F1, who knows a thing or two about going fast, designed much of the underfloor aerodynamics which create this downforce.

Making a Canadian connection, and likely the impetus behind the decision to introduce the AM-RB 001 in Toronto, a Markham-based company named Multimatic will be constructing the lightweight carbon-fibre MonoCell for the car. That same company also produced major components for Aston’s last halo car, the One-77.

The car has a fast and vital shape, with dips and cuts and divots and bridges all designed to cheat the wind, achieving heretofore unseen levels of handling and performance. It looks like the love-child of an F1 car and a LeMans racer, an unholy combination that screams speed. Currently in the prototype stage, its shape will likely be refined as it nears production 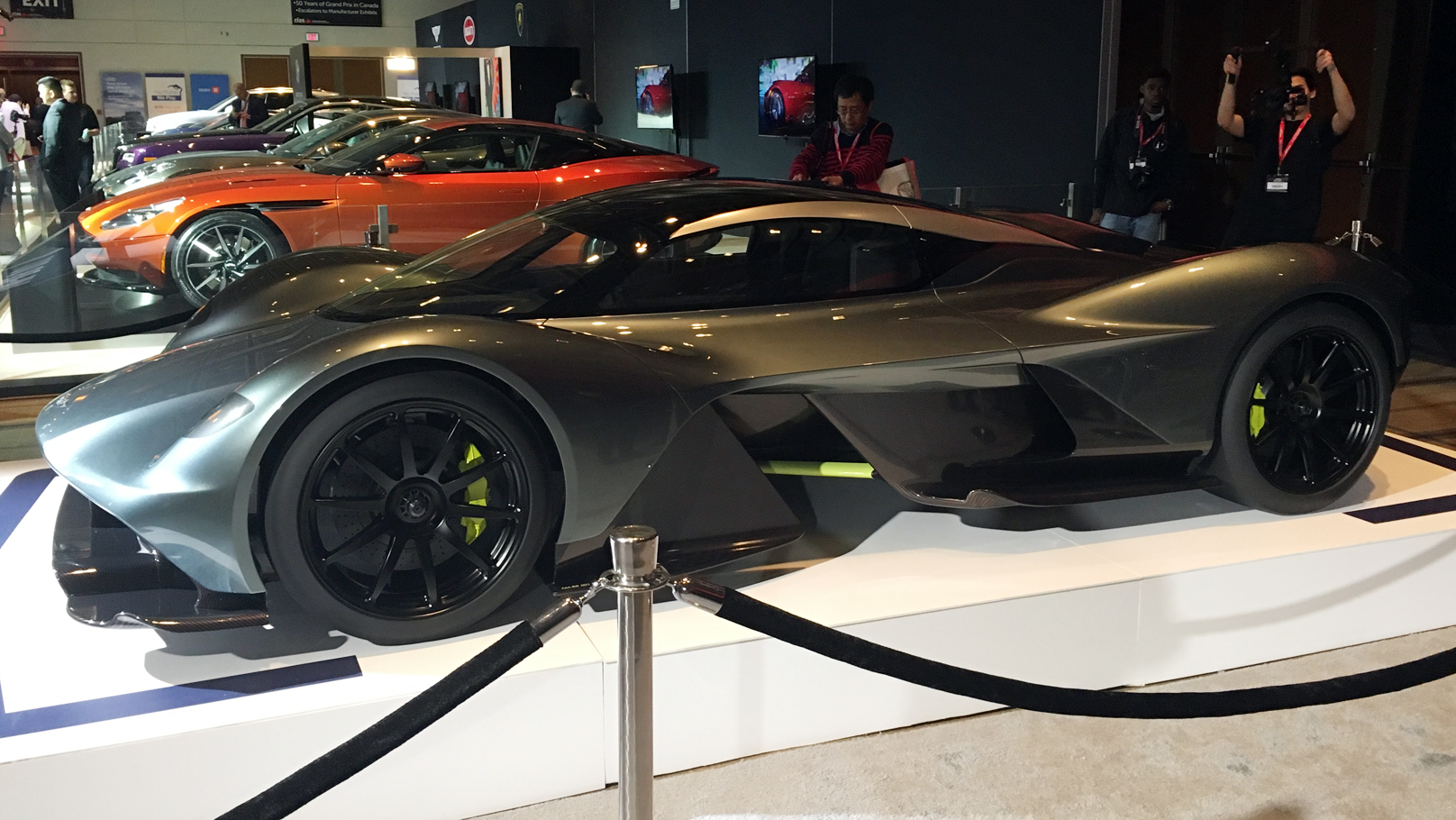 Currently bearing a name better suited to a desktop printer, Aston Martin CEO Andy Palmer promises the hybrid hypercar will have a different name by the time finished examples are delivered to customers. Aston is shooting for a manufacture date of sometime in 2019. It will be built, in the purpose-built facility created for Aston Martin’s original gazillion-dollar hypercar, the One-77. The teams plans to run test examples of the AM-RB 001 sometime this year.

With an expected price tag north of $3 million, the AM-RB 001 is guaranteed to be an exclusive ride for the 1%. Even if you do hit Lotto 6/49 this weekend, don’t bother making space in your garage for one; CEO Palmer said the entire run of 150 road-going examples are already sold out. 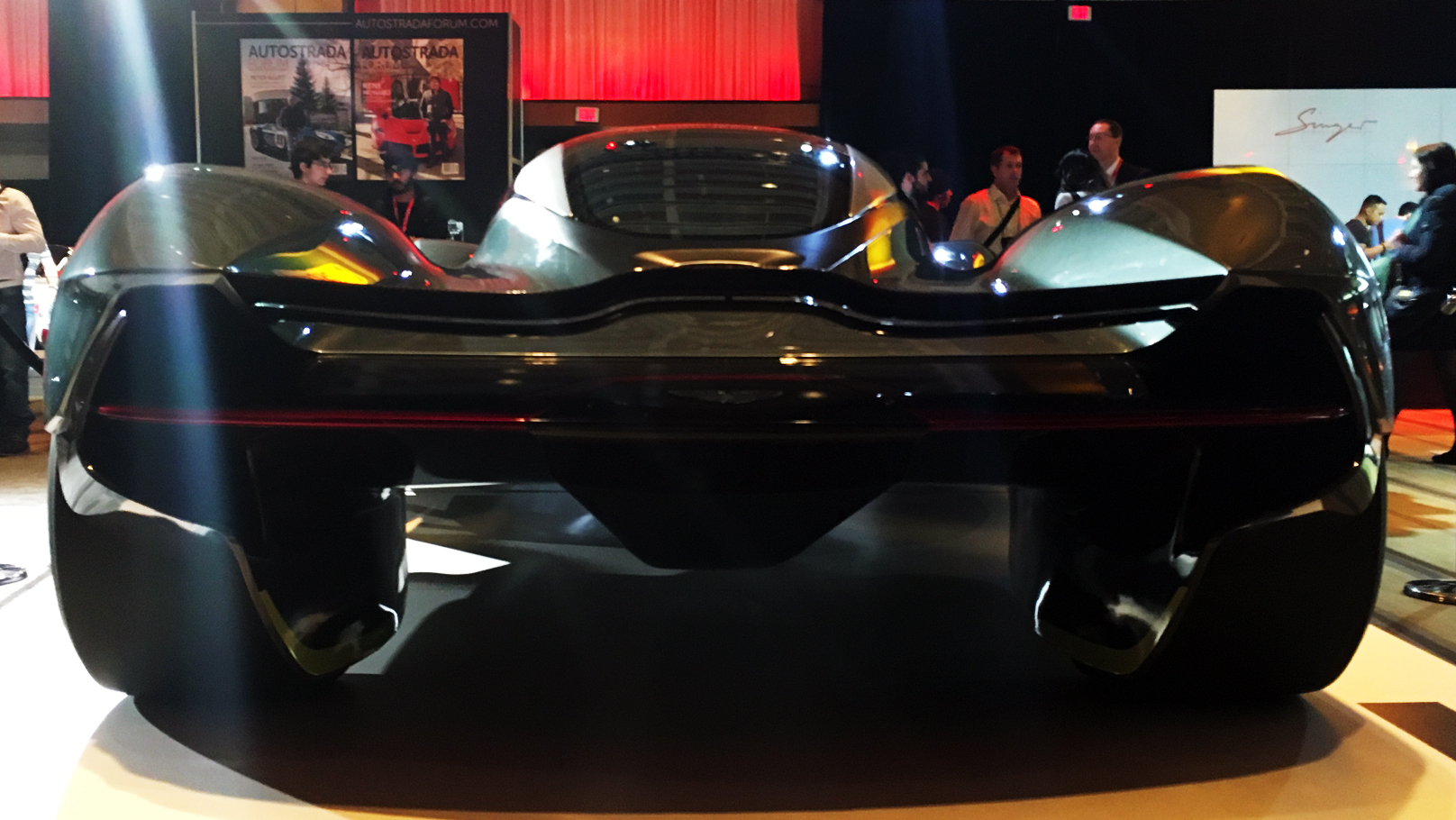