Toronto racer goes from the books to the starting grid

This 22-year-old Dalton Kellett understood the importance of finishing his degree at Queen’s University in Kingston, Ont., before devoting his full time attention to a racing career.

ST. PETERSBURG, Fla. — Dalton Kellett is a man who likes to do things right.

He didn’t barge into motorsport head first. This 22-year-old from Toronto understood the importance of finishing his degree at Queen’s University in Kingston, Ont., before devoting his full time attention to a racing career.

And unlike some of his younger competitors, he didn’t chase glory and wedge himself early into a level he couldn’t handle. He gradually worked his way up through racing karts and then Formula 1600 cars in Ontario before entering the Mazda Road to Indy driver development ladder at its first level, USF2000, in 2012.

Kellett’s style isn’t reckless or hotheaded. It’s meticulous, methodical, and calculated. And it’s served him well. He now finds himself contesting his first full season of Indy Lights, the final step before the big-time of the Verizon IndyCar Series, with top-tier team Andretti Autosport. 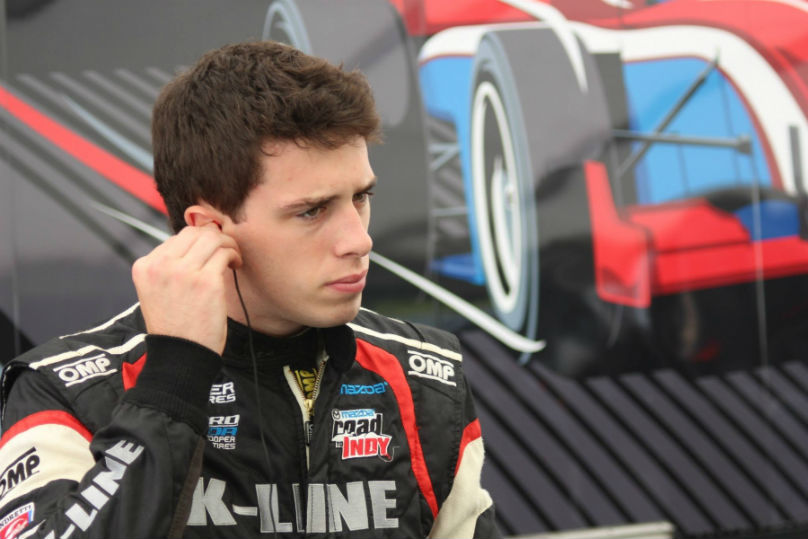 That’s not to say that advancement is coming without its challenges. When team owner Michael Andretti told Kellett on the starting grid in St. Petersburg before the first race to “bring (the car) home,” it was a hint that the transition has been less than smooth.

The hint bore out in the results. Race 1 saw Kellett finish 15th, which was second-last. In Race 2 he scraped his way into the top 10 as other cars were sidelined through incidents and attrition.

But in racing, every weekend is an island. Kellett, being the analytical sort he is, understands that with 16 rounds still to go in 2016 there’s plenty of time to set things right.

“Overall, (St. Petersburg) was definitely a learning experience,” Kellett said at the end of the weekend. “I feel like I developed a lot, learned a lot about the car, about how the races (are) run.

“I think we can put our best foot forward from here and just learn and keep developing and do that for the rest of the season.”

A rookie season in Indy Lights also marks a racer’s first foray into competition at the Indianapolis Motor Speedway. This year’s Freedom 100, held as part of Carb Day festivities since 2005, is particularly notable as it coincides with the 100th running of the Indianapolis 500.

“I’m not really singling that out,” Kellett says. “I don’t want to have that be the pivot point of the whole season. I just want to take each race as it comes and use the same approach for every event.

“But that being said, I’m living in Indy now, so I drive down 16th Street and past the Speedway every now and then. I look at it and go, OK, I’m going to be out there and racing. It feels pretty cool. I’m looking forward to it.”

Engineering for the win

Kellett is older than some of the drivers he’s racing against on account of the four years he spent in university completing an engineering program. The value of that time was also calculated, though — his program of choice supplied a number of skills that will help him as he pursues a racing career.

“You learn how to relate to the engineers better and be a better development driver when you’re doing off-season testing,” Kellett says of the program. “I think that’s been a definite plus for my career.”

Through it all, though, Kellett has never sought fortune and fame. He just wants to race cars for a living, and with IndyCar as his goal, he’s just one step away from achieving what he set out to do.

“I’m just always trying to learn and improve,” he says. “I want to get the best out of myself and the car and through that process be the best of all my competitors. That’s my approach.”

Freelance writer Stephanie Wallcraft is a frequent contributor to Toronto Star Wheels. Reach her by emailing wheels@thestar.ca and putting her name in the subject line.