Look, we get it. The weather is getting nicer, you’re stuck inside all day, and there’s no traffic on the roads. So, you think to yourself, maybe it’s time to open up the throttle a little bit more than usual? Well, the Toronto Police traffic services, the OPP, and forces across the country want you to know that they’re still out there. The pandemic isn’t your free opportunity to try for a new high score.

In just seven hours yesterday, Toronto police impounded 11 vehicles under the stunt driving legislation. That’s for drivers with speeds ranging from 103 km/h in a 50 km/h zone all the way to the Audi R8 clocked at 195 km/h in a 100 km/h zone. In Ontario that means you lose your car and your license for a week. Plus you face a fine of up to $10,000 and six months in jail.

This isn’t just in Toronto on a Thursday night. The Ontario Provincial Police laid 92 charges for stunt driving from March 23-29 and more than 270 just in Toronto for the month of March. That includes one driver who was doing 194 km/h with no permit, no insurance and was also charged with impaired driving and includes drivers clocked at more than 200 km/h. 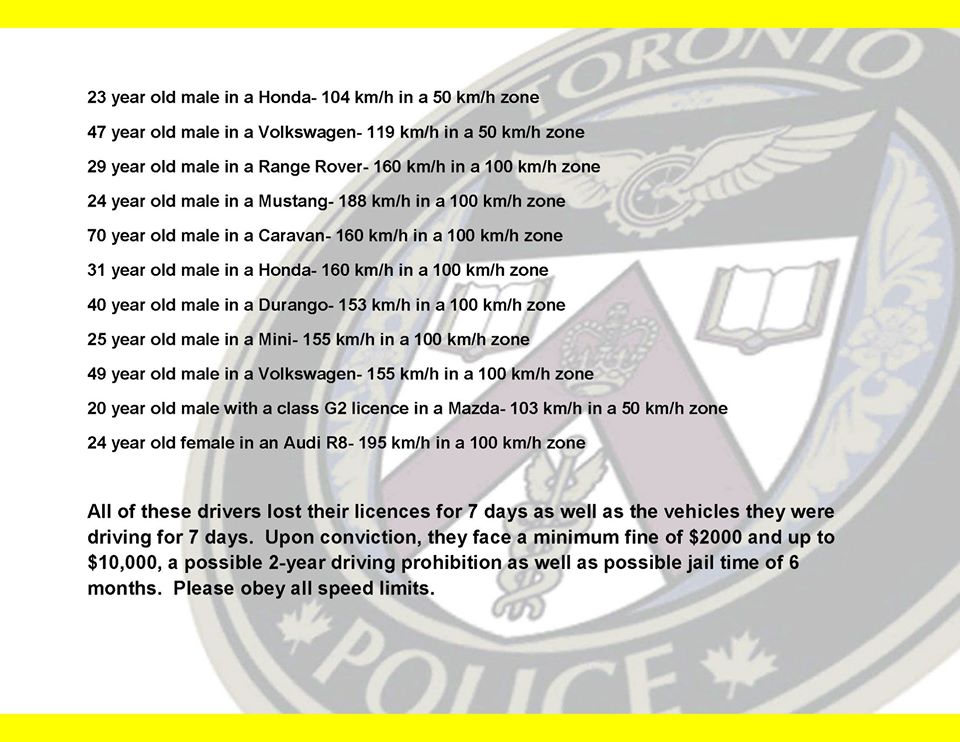 It’s not exclusive to the GTA, of course, police across the country have reported drivers taking advantage of less traffic to go much quicker than normal on highways.

But as OPP Commissioner Thomas Carrique said on Twitter yesterday, “less traffic due to COVID19 does not mean less enforcement.” Last week, the OPP made 3,282 traffic stops on roads the force controls. They’ve also put out a call to recently retired officers to help support the service if necessary. With less traffic right now, they’ve got plenty of time to spot anyone going for a joyride.

Every interaction puts officers, the drivers of the vehicles pulled over, tow truck operators, and even more people in the chain at risk of contracting or spreading COVID-19.

Dealing with that springtime need for speed? Blast down to your keyboard (or your phone) and pick up a gaming console and some games to soothe that feeling. Go open world in something like the Forza Horizon series, or stick to the track in Gran Turismo Sport. Or just have fun with Mario Kart. Whatever you pick, stay home and slow down. Flatten the curve, but don’t flatten the gas pedal.