Toronto auto shop owner hooked up with the right job

While he's also a licensed mechanic, Sukhbir Rai prefers working in the towing side of his auto repair business

It’s never good news when you need a tow truck, but if you’re lucky, you’ll get someone like Sukhbir Rai hooking up your vehicle. Rai, who owns and operates Freeway Auto Service in Toronto, says he finds it satisfying to help people, especially since he knows not everyone in the towing business always does.

“When you’re stuck on the highway it’s a hard thing,” he says. “Most (tow truck) drivers are pretty good, but you have the odd one who causes problems for everyone.”

Rai learned auto repair when he was growing up in England. His father, who knew little about cars, bought one for Rai’s brother that was in such bad shape that it never made it home.

“He said his next child had to be a mechanic, so I went to trade school,” Rai says. “I started working in a gas station and went to college, and when I came to Canada I worked at various shops. In 1995, I opened a garage myself.”

That shop got so busy that he added a towing service. “I was young and I was excited because it was my first business, and I worked in the shop as well as on the road,” he says. “I still like working as a tow-truck driver more, because it gives me a smile to help people when they’re stranded.”

Most of his towing is under contract to CAA, and occasionally to the OPP. Between his repair and tow businesses, he employs about 85 people and runs a fleet of 70 trucks. 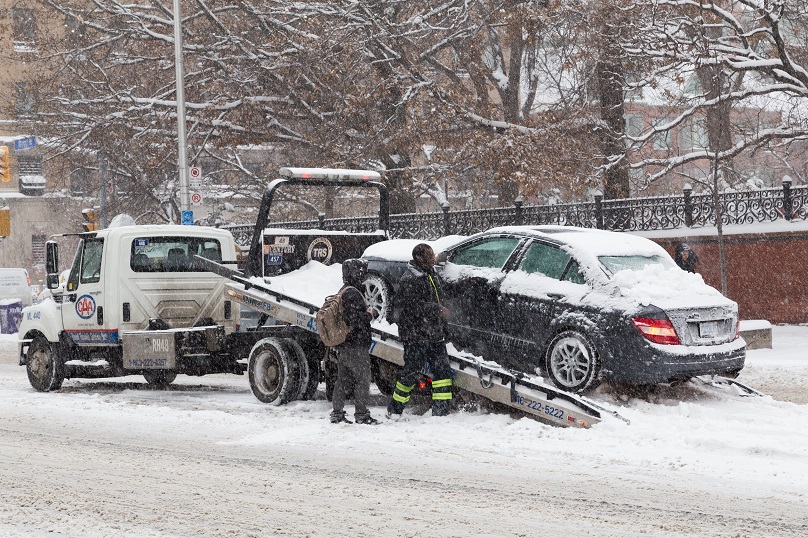 Tow trucks have changed considerably over the years. Operators now use lifts to pick up the wheels without having to get inside the disabled vehicle.

As a result, many people whose car won’t start call for a tow and then leave, but Rai says it’s best to stay if you can. “In case there’s any damage we know what happens,” he says.

If you must leave, take photos of all sides of your car, plus a longer shot that includes landmarks such as buildings to prove the car was undamaged before the driver arrived.

Photos are also handy if you have to use a towing company you don’t know, Rai says. “Sometimes you have no choice, but ask the police what is a good company,” he says.

Rai loves his job, but admits that it can be very dangerous. Drivers are sometimes killed by traffic when hooking up vehicles on the highway.

As of last September, Ontario drivers must slow down or move over when tow trucks on the shoulder have their flashing amber lights on. If you don’t, you face a $490 fine and three demerit points.

“It’s not necessarily the vehicle hitting you,” Rai says. “Even debris could hit you on the highway when cars are going at high speed. And there’s the weather, and road conditions are bad and you have to pick up a customer where he’s in the ditch or an accident and it’s slippery. You have to watch yourself when you’re on the road, but you’ve got to be there to help.”