Toronto and Brampton will soon be fighting fire with electricity

Join the Conversation (1)
Residents of Toronto and Brampton shouldn’t be too surprised to see a fire engine passing them on the street one day soon, lights and siren blaring, but without the heavy roar of a diesel engine. That is because the fire services for both cities will soon have fully battery-electric pumper trucks in their fleets.

In late August, Toronto Fire Services announced that two all-electric Vector fire trucks have been ordered from Spartan Emergency Response, a U.S. based designer and manufacturer of specialty vehicles. 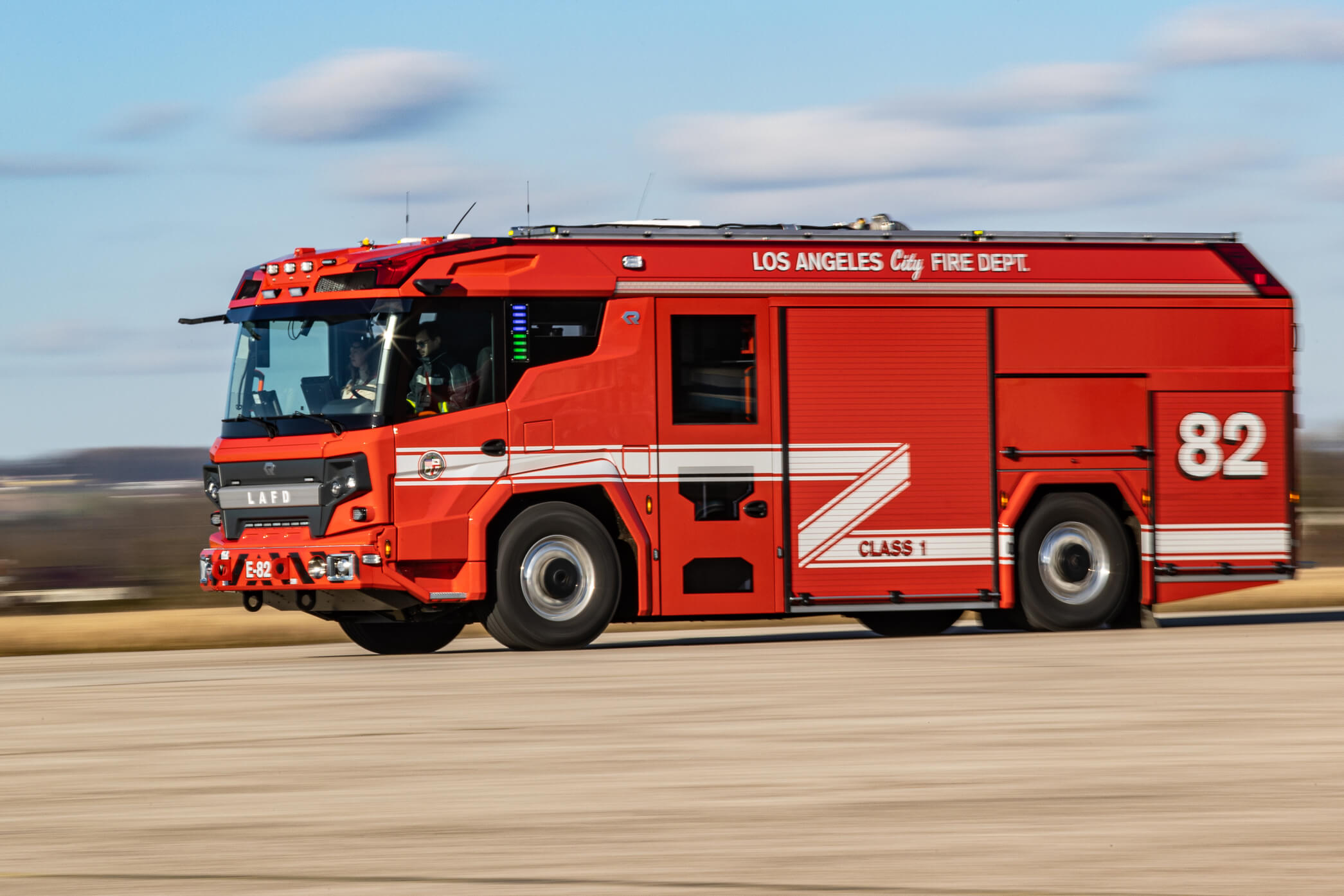 Toronto will be one of the first fire departments in Canada to operate the Vector pumpers, which will be powered by 327 kilowatt-hours worth of automotive-grade batteries. Roger Lackore, head of product development for REV Group, which operates Spartan Emergency Response, said the Vector was designed to replicate the look, operational functionality and capability of the diesel-powered trucks that North American fire departments currently use.

The company said the Vector pumper has an effective driving range of approximately 225 kilometres, which is more than sufficient given that fire departments don’t typically drive any longer than a few kilometres per emergency call, especially in urban environments like Toronto. Once back at the station it is connected to an 800-vold charger, with the battery topped up within 15 minutes.

While driving range may be the biggest factor potential buyers look at when they are considering an elective vehicle, fire departments have additional factors to keep in mind. Pumper trunks are not only relying on an electric powertrain to get to an emergency, they also will rely on batteries to run the water pumps and other equipment.

“From the time they leave the station until the time they get back, most fire engines never shut down,” said Lackore. “They respond to emergency calls, assist calls or inspections, but they get there, do what is needed and go back to the station without ever turning off the truck.”

Toronto Fire Services Division Chief Rob Anselmi, who manages fleet acquisitions, said the Vector units that have been ordered can pump water at full capacity for two-and-a-half hours without running into issues with the battery. He said it’s rare the vehicle will need to pump at full capacity, and that most of the pressure needed to fight a fire comes from water leaving the hydrant and the pipes, which reduced the energy a pumper trunk needs to use. 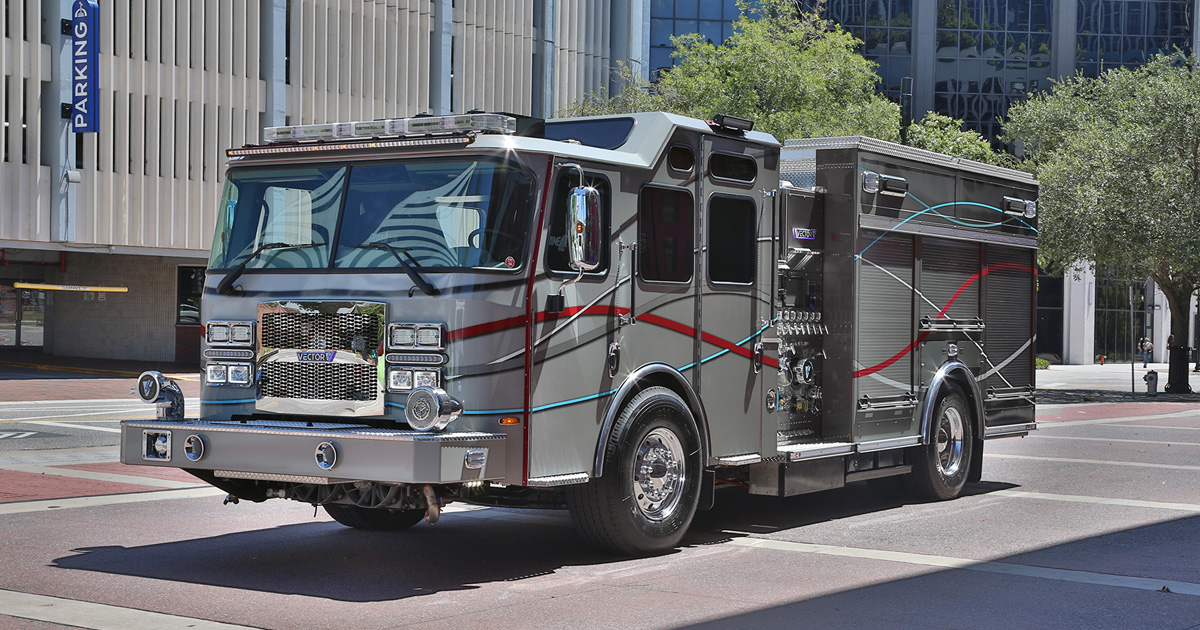 Anselmi said there is less obvious benefit that comes with using electric pumpers. “If you’ve ever been on scene at a fire before, with all the pumpers on site, it’s a pretty loud place,” he said. “Being on scene for long periods with diesel engines running all the time adds a different type of environmental impact due to noise, but our new electric pumpers will eliminate much of that.”

While Toronto’s decision to go with an electric pumper was big news, it is not the first fire service in the province to do so. That honour goes to the Brampton Fire and Emergency services, which ordered an electric pumper truck in June 2021.

It has opted to purchase a Rosenbauer RTX, a unit designed by Rosenbauer America. The pumper has 132-kilowatt-hours of power but is smaller and different in overall appearance from a traditional fire truck. Brampton Fire Chief Bill Boyes said the smaller size will have its advantages, especially in newer built communities that typically are designed to be more compact.

“We’re able to navigate these smaller, narrower streets much more easily with this type of apparatus,” he said. Boyes said the lower height of the vehicle compared to the traditional pumper, also has health and safety benefits since to firefighters who won’t need to reach as much to remove on board equipment.

While Toronto has not yet decided where it will station its new electric pumper trucks, Brampton plans to house its at Station 203, located in the east side of the community, where it will replace one of the department’s 15 existing pumpers.

Boyes said delivery of the vehicle is expected early next year, and the service plans – pending approval of Brampton city council – to replace its entire fleet with electric vehicles as part of the community’s sustainability commitment.

The electric pumpers will be equipped with diesel powered range extenders as a back-up. However, neither Anselmi nor Boyes expect that those will be needed on the majority of emergency calls.