The 575 from the displacement and M for Modificato.

We’re going to call this one the best-looking modern Ferrari. And what makes this one even better is that it’s one of only 246 made with a manual gearbox. It’s for sale, right now, in Calgary, should you want to make this 575M your own.

In 1997, Ferrari introduced a car that revolutionized its two-seat, 12-cylinder grand tourers. The 550 Maranello was the car that replaced the mid-engine Testarossa-based 512M which may have been extremely exotic but with its wedge shape and julienne side strakes was also entirely and unmistakably from the 1980s.

Without the awkwardness of the 2+2 456, the 550 was one of the best shapes to come from Maranello in decades. A few years on it was given an update. The same shape took on a new interior, massive mechanical improvements, and a bigger engine.

The 550’s V12 was punched out a whole millimetre. That raised displacement for the motor from 5.5 to 5.75 litres, which, as you might have guessed, is how it got its name. The 575 from the displacement and M for Modificato. Revised.

A new engine management system, intake, and exhaust boosted the car’s power to 508 hp and 434 lb-ft of torque. More importantly, it delivered more of that torque through a wider rev range.

That meant a car that could easily top 320 km/h, a figure the 550 missed by a hair. Or more, depending on your faith in Ferrari’s figures. 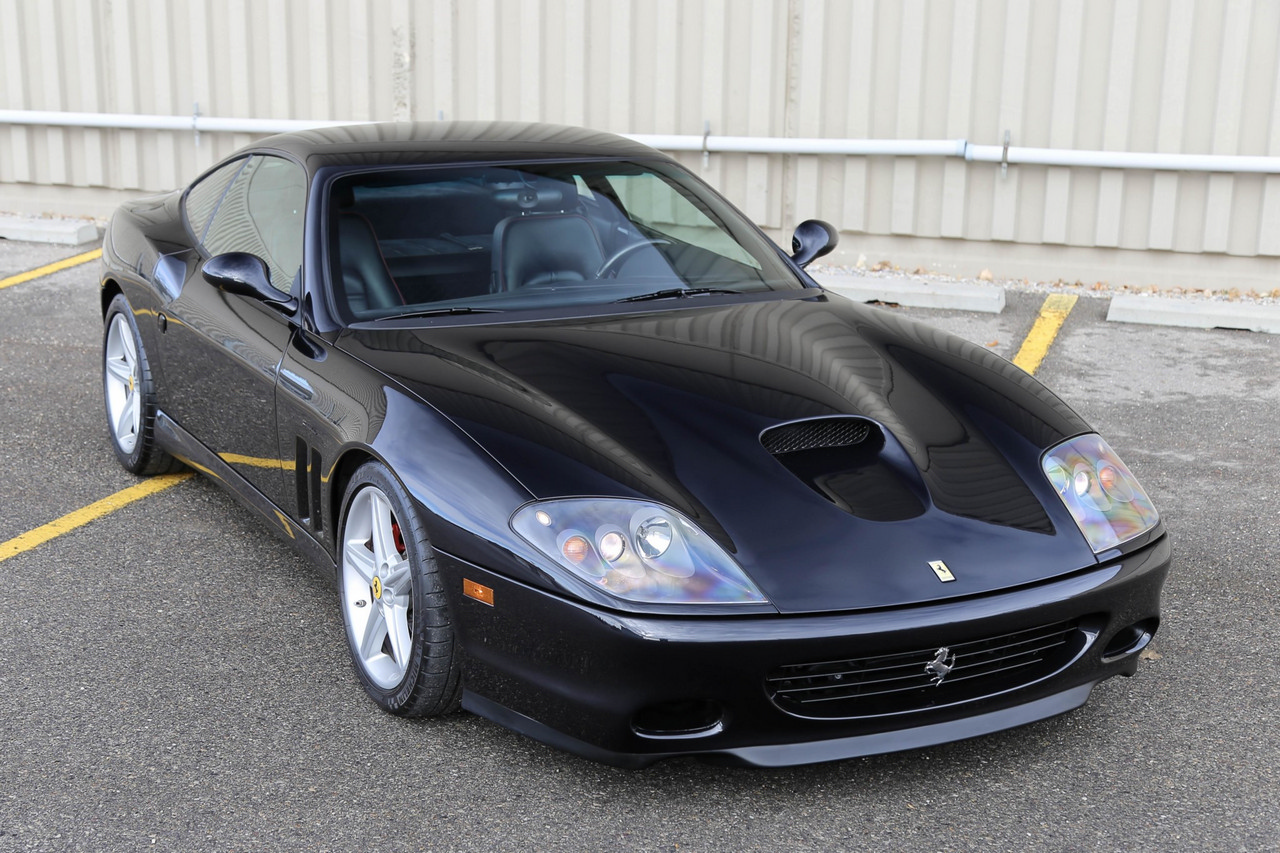 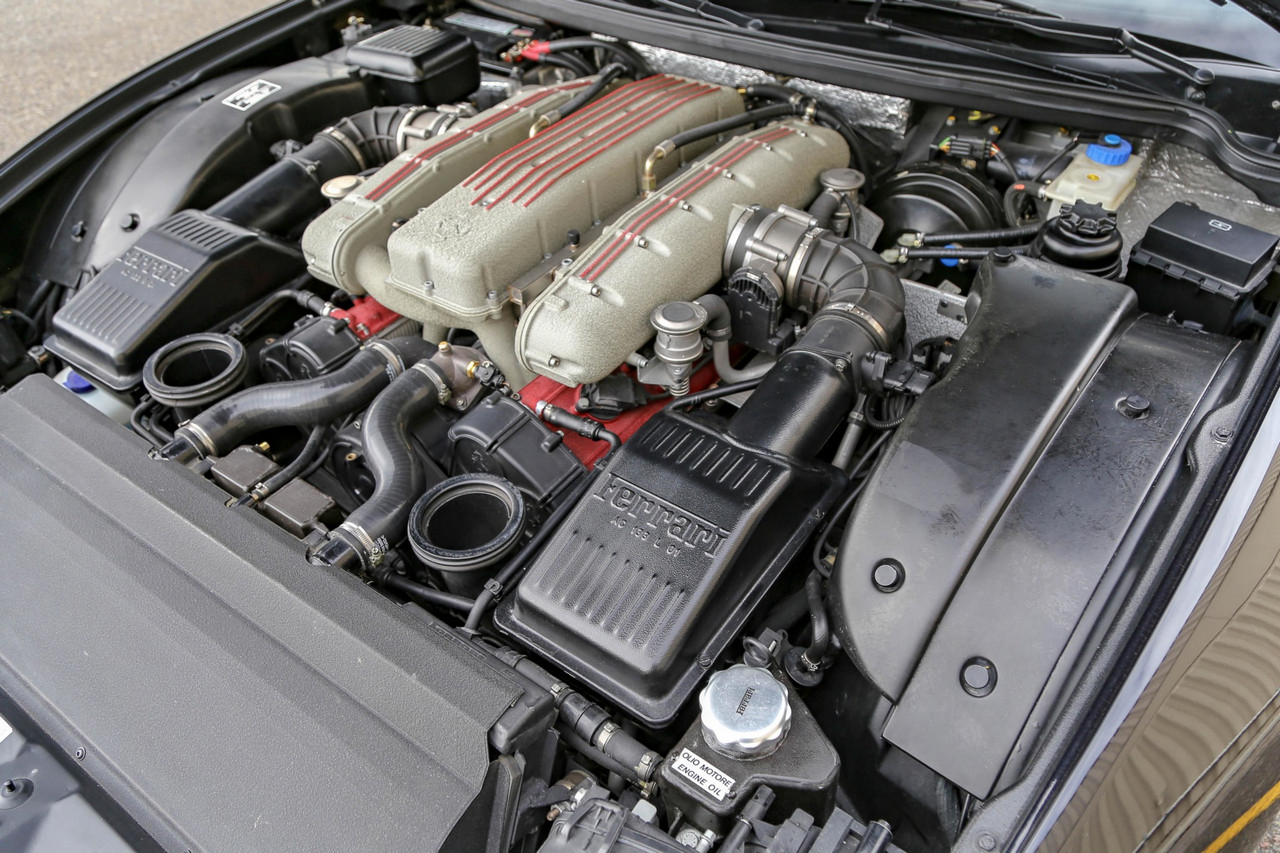 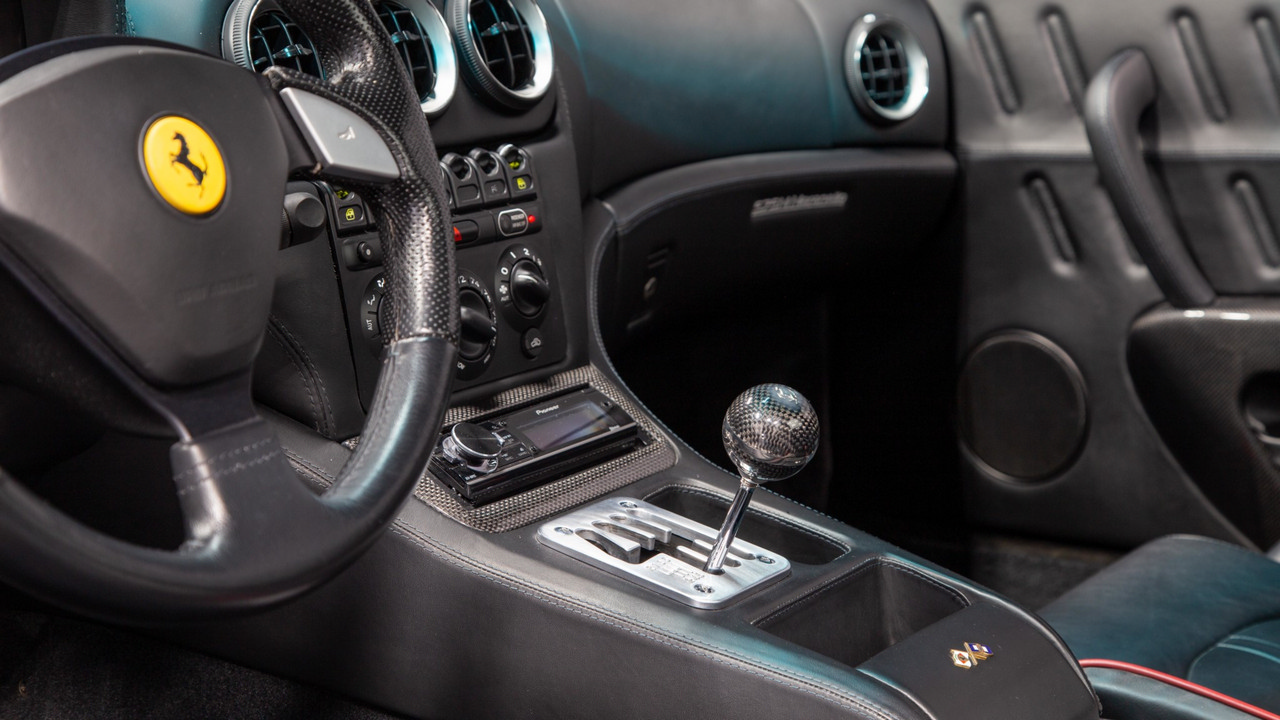 But there was another big change for the 575M. While the 550 came with any gearbox you wanted, as long as it was a six-speed stick, the 575M brought Ferrari’s six-speed F1 to the party. Not surprisingly, nearly every owner ticked that option box.

A few owners, though, didn’t. Some of them kept the three-pedal option. The buyer of this car, who picked it up new in Virginia in November of 2002 is one of 246 who said: “I want to do it myself.”

Eight years later, that car was brought to Canada. Originally to Ontario. The current owner has had it just a few years and a few thousand miles, bringing the Ferrari up to just 29,500 miles. It’s been recently serviced, with the timing belts and fluids replaced last summer.

This is a surprisingly subtle Ferrari. Other than the stunning Pininfarina-penned shape and the sound of that V12, of course. It’s finished in a subtle Nero Daytona and it’s missing the bright yellow fender shields that are so common to these cars these days. Inside is more black leather with just red piping to brighten it up.

Most importantly, there’s that gated shifter. Protruding prominently from the center console, topped with a carbon fibre knob.

The car comes with loads of documentation and the original tool kit. It’s got five days left on Bring a Trailer and expect it to fetch some serious cash when it’s done, aided by that third pedal. 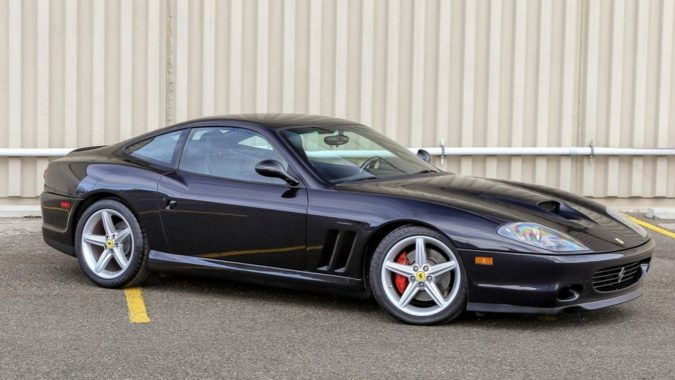 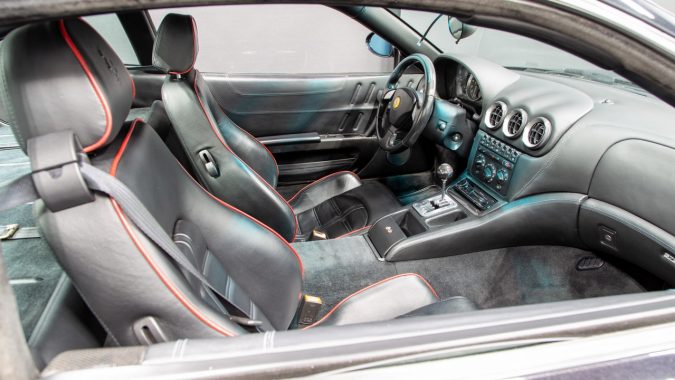 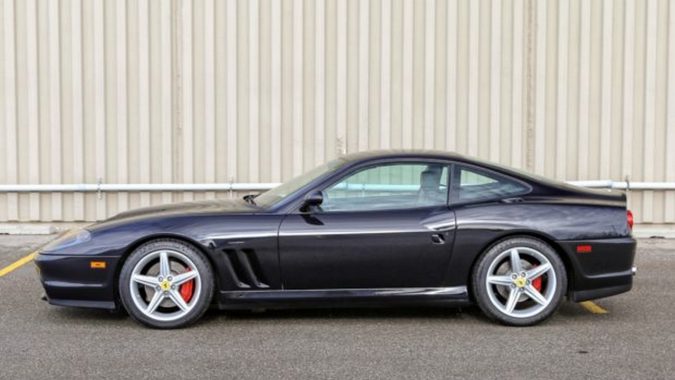 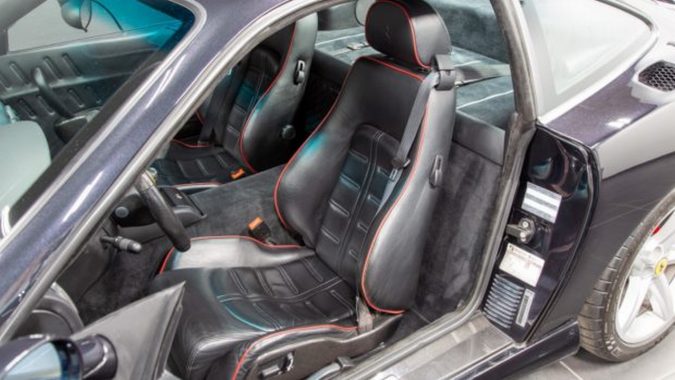 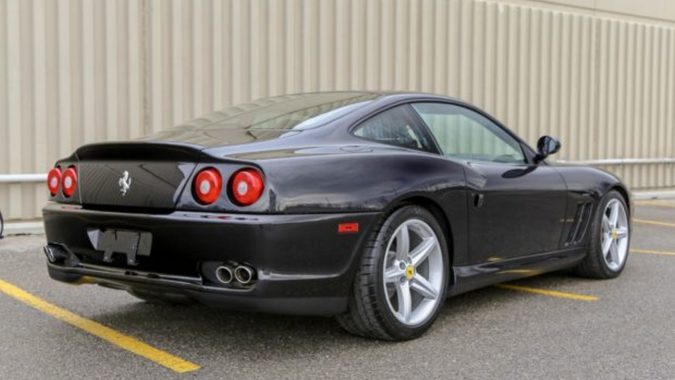 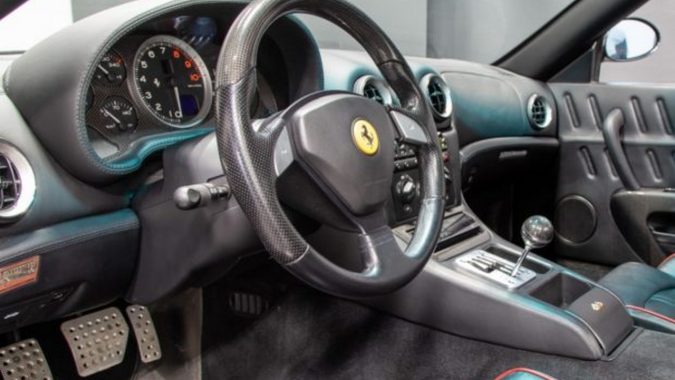 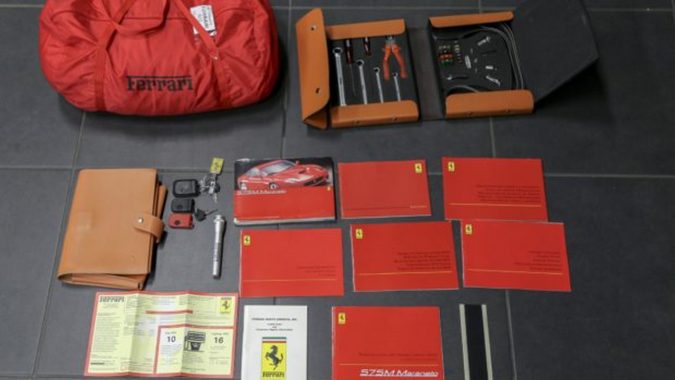 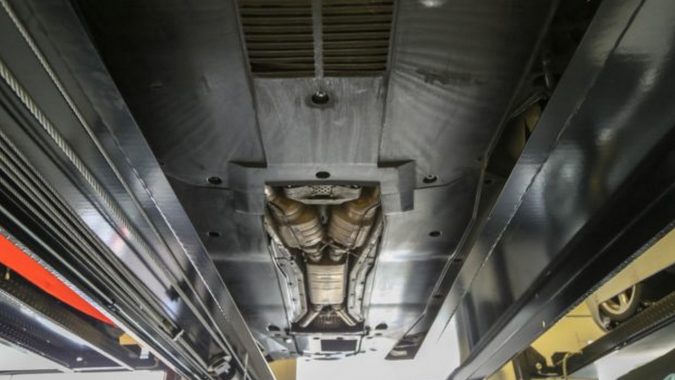 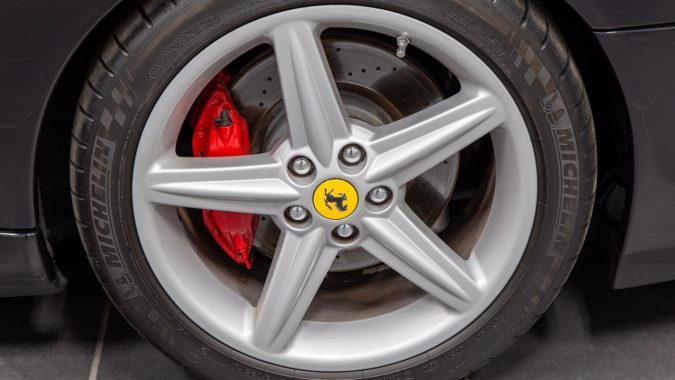