It's definitely the quickest.

1980s Mercedes-Benz, especially cars like the straight-out-of-DTM 190E Cosworth Evo, are close to the pinnacle of cool for the era. Boxy lines, mean stance, and impressive handling and performance. Or at least the latter two are impressive for the 1980s. Vehicle performance has made leaps and bounds in the last few years, leaving 1980s cars feeling their age.

So what if you took a modern and screaming 6.2L V8 from a C63 AMG and fitted it to the old car? While you’re at it, why not bring the rest of the chassis along for the ride? That’s exactly what Piper Motorsport has done, putting the body of a 190E on the running gear of a C63 AMG.

The project was not one for patient folks. It started way back in October of 2013, when the two cars entered the shop. 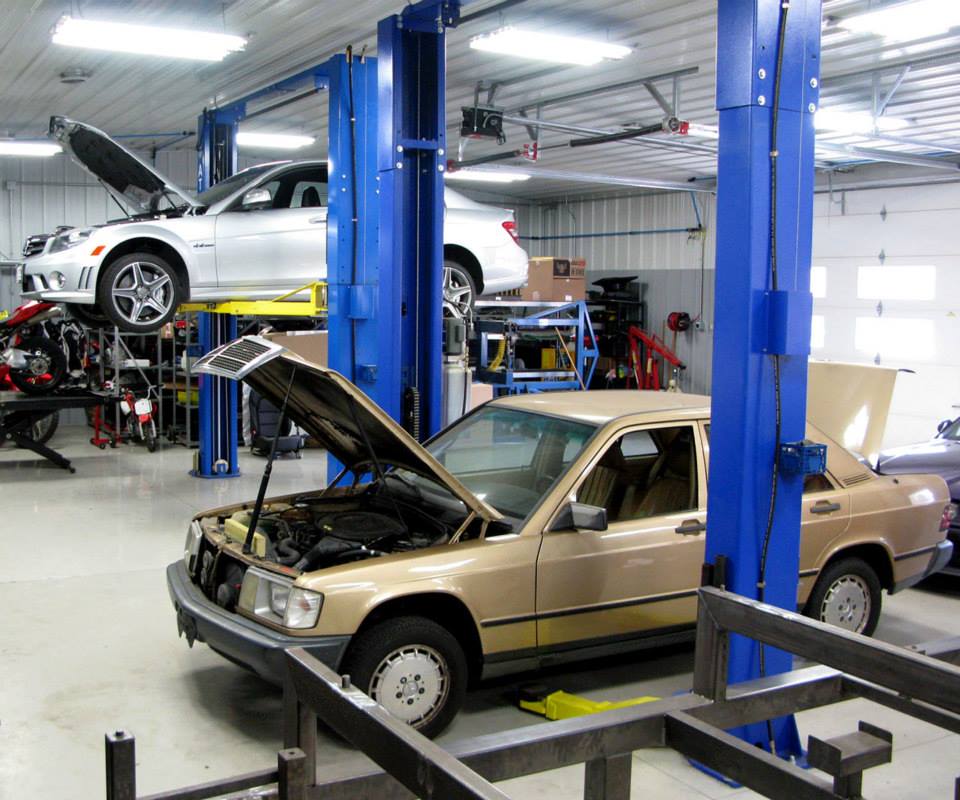 It started by stripping both down to bare chassis. Not a piece of interior or wiring remaining. Then a jig was built to hold the chassis of the C63. That’s because the old car’s wheelbase was about 10 cm shorter than the new. So the new car would get that space cut out the floor pan. Then the cutting starts. Removing the roof and rear fenders of the car before sectioning the floorplan.

To keep the older body intact, another frame was made. Outside the body to keep it straight and in one piece once it was removed from the older car’s floor pan. Most impressively they were able to remove the entire 190e body – and yes that’s a unibody car – without removing the front or rear glass.

It’s a bit of a “yadda yadda” over the most important parts, bit over the next several years the car was braced and trimmed until the new body and old were able to co-exist in, well, more or less harmony. Like the black and white cookie. One of the most well-integrated roll cages we’ve ever seen was fitted along the way and the modern dash was modified to fit in the old car. 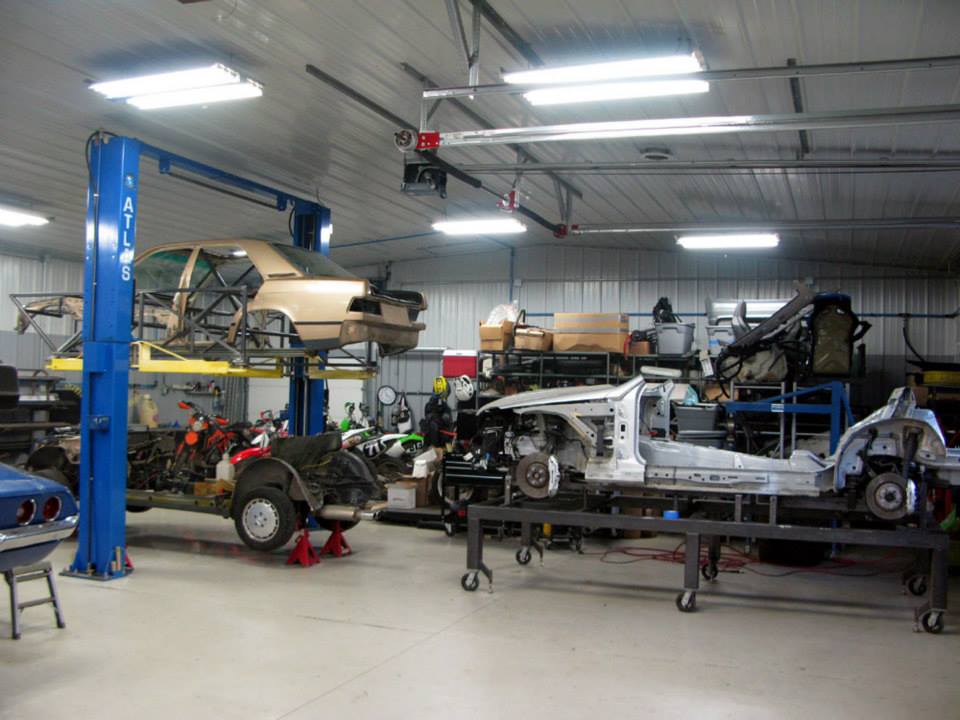 Of course, the finished product wouldn’t stay as a boring brown 190E. Nope, the full Evo 2 body kit was mocked up and fitted giving this car that all-important 1980s widebody DTM look. Most of the electronics were moved over, including the C63’s remote locking system and power windows.

It finally got paint earlier this year. And since the original 451 hp wasn’t quite enough, a supercharger has been added to the big V8 for even more shove.

Now it’s ready, and it has to be the coolest 190E around. It’s definitely the quickest. Taking the best of old and new. 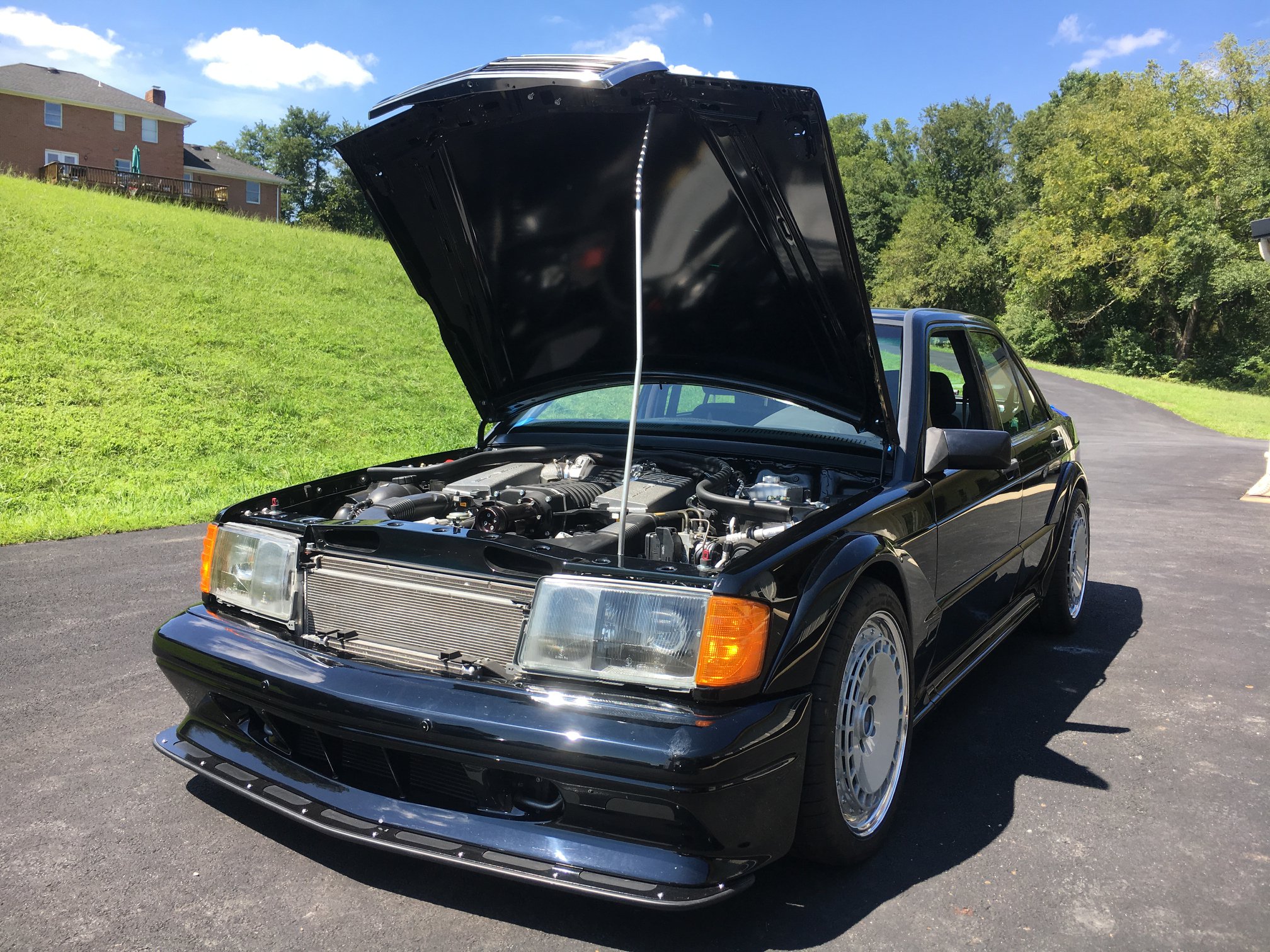 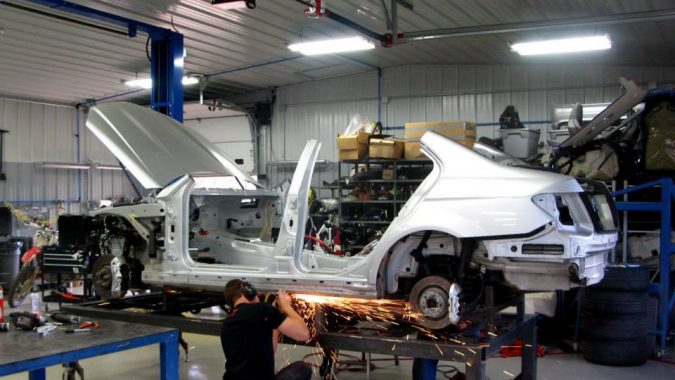 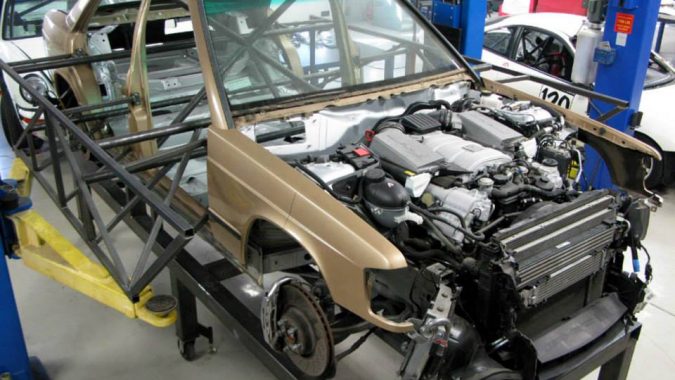 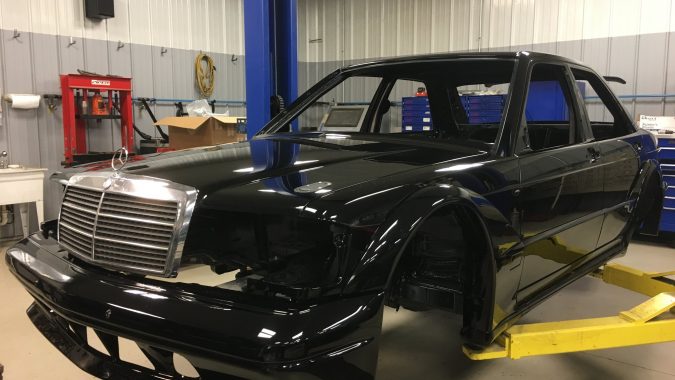 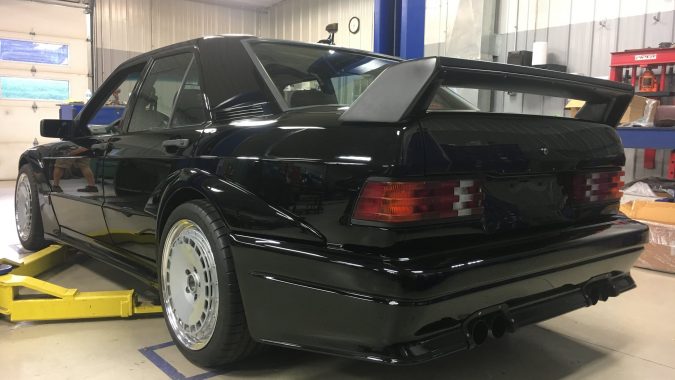