This is the 800+ HP Hybrid Lamborghini Sian

The latest from Lamborghini is exactly what you hope to see any time that the team at Sant’Agata announces something new. An absolutely bonkers design that looks like it’s straight out of the year 2050. Powered by a V12 engine that’s got more power than some diesel locomotives.

It’s called Sián. That means flash, or lightning, in the Bolognese dialect. That’s the home of Lamborghini. You’ve probably already guessed what that name refers to. This will be the first electrified Lamborghini production car. Well, unless you count the absolute shock you get the first time you see a raging bull rocket.

As far as hybrids go, this one’s more gas than electric. Incorporated into the gearbox is a 34 hp 48-volt motor. Lamborghini says it’s the first time for a low-voltage hybrid where “a direct connection has been made between electric motor and wheels.” That lets the electric motor handle reversing and parking duties, though it’s not likely to move the car quickly by itself.

There’s also no battery in the Sián. Instead, it has a supercapacitor. Developed from a similar system in the Aventador, this one can store 10 times the power of the previous version. It’s three times more powerful than a battery of the same weight. Lamborghini has put it between the cockpit and engine for better weight distribution. 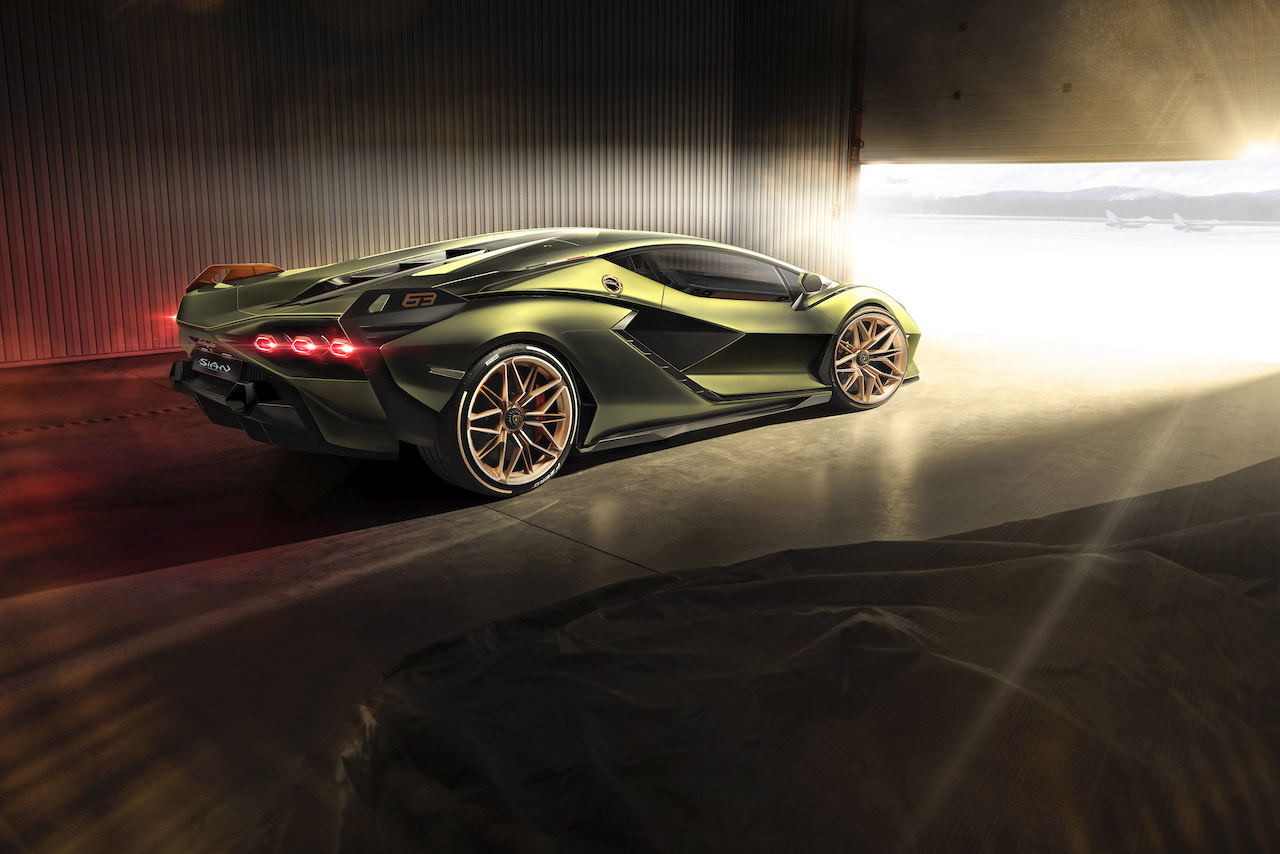 The company is still tight-lipped on the V12, but says it will get titanium intake valves. And it makes 785 hp. The most they’ve ever made from one of the company’s engines. That’s a total of 819 hp for the new driveline. A better power to weight ratio than the Aventador SVJ, and a top speed of 350 km/h.

With all of that power, it’s quick. 2.8 seconds to 100 km/h. The 70-120 km/h time is 1.2 seconds quicker than an SVJ. And the automaker says the electric motor’s torque fills in the gaps between shifts meaning that you don’t feel the snap of the dual-clutch box at full chat.

The design is said to take inspiration from the Countach, but with a look to the future. With new features added like what Lambo calls aero wings to give it a profile like nothing else. The lights come from those designed for the Terzo Millennio concept.

Lamborghini says it will only be building 63 Siáns. To represent the company’s founding in 1963. Each will be specced out individually by their respective owners with help from Lamborghini Centro Stile and Lamborghini Ad Personam. Of course, they’re already sold.

While for now it’s just a rendering, the green and electric gold car pictured will be on display in the composite and alloy at the Frankfurt auto show next week. 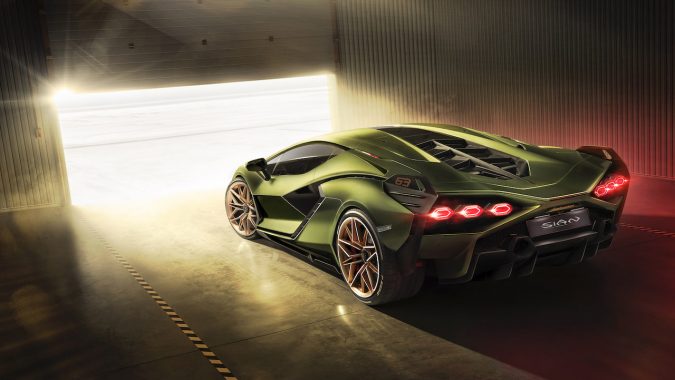 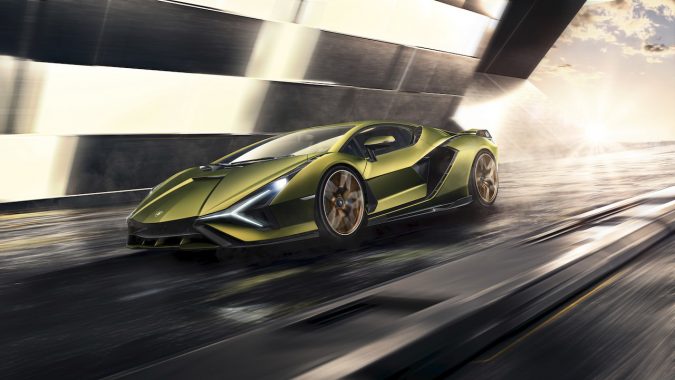 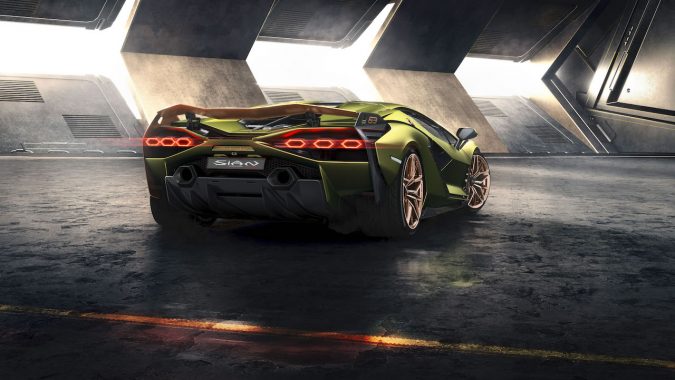 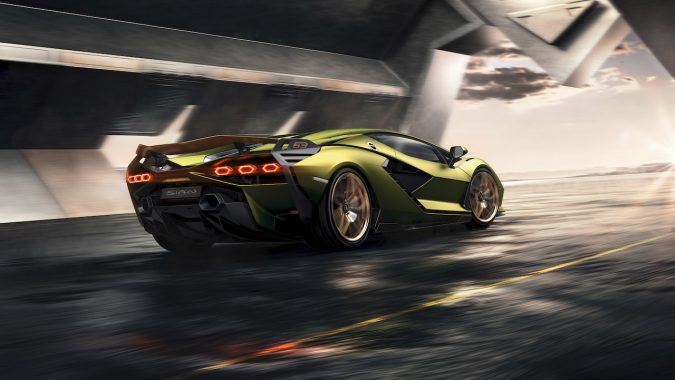 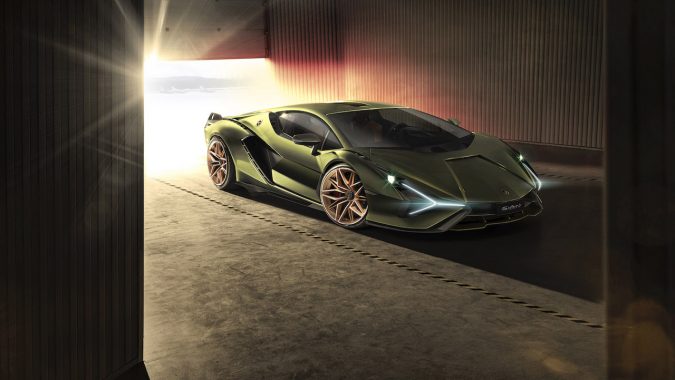 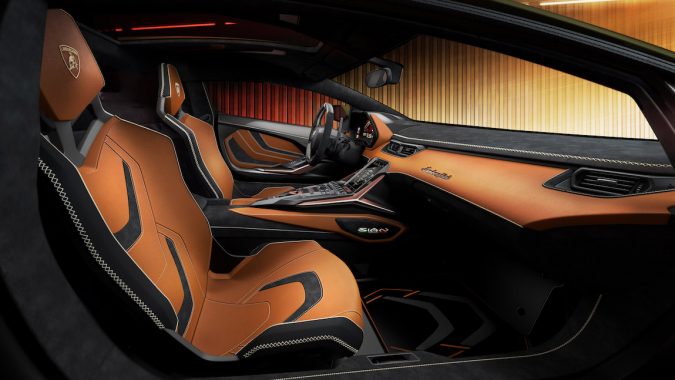 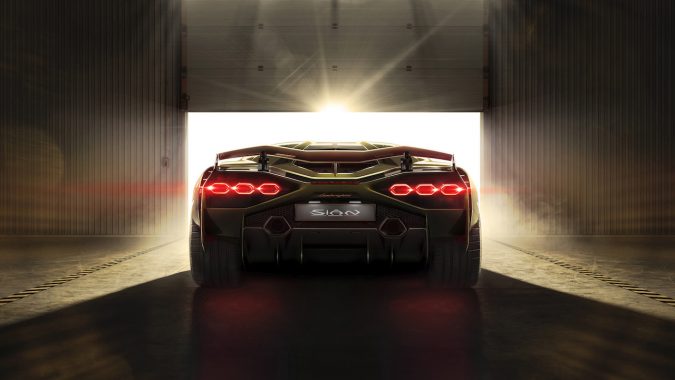 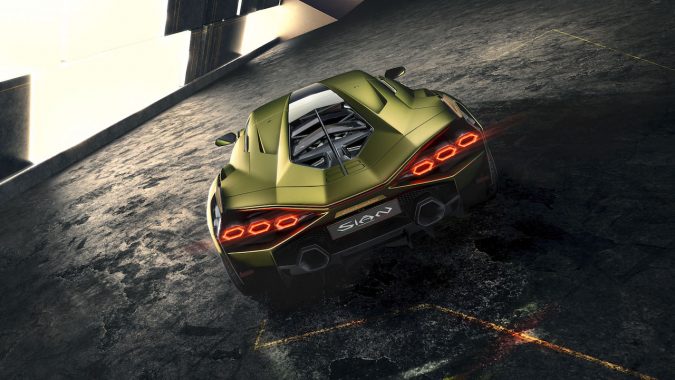 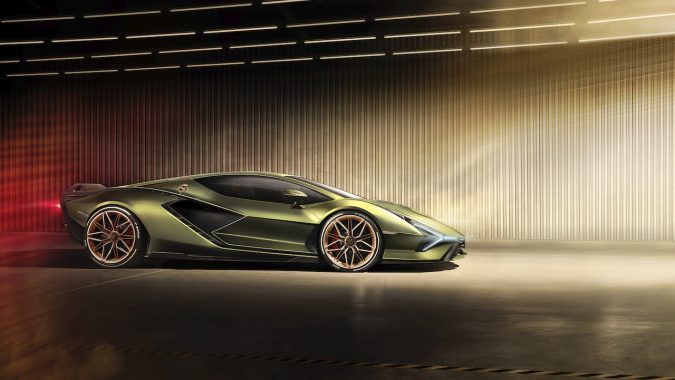 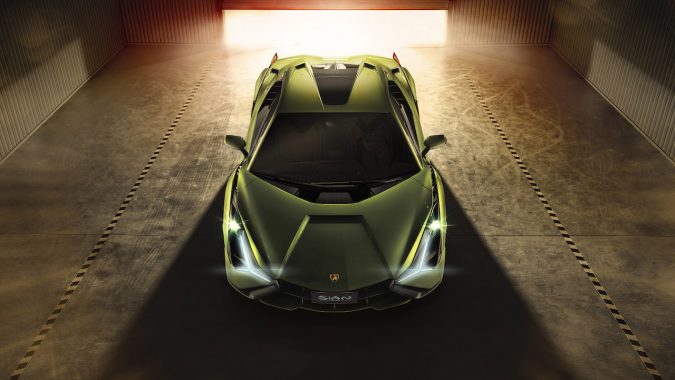 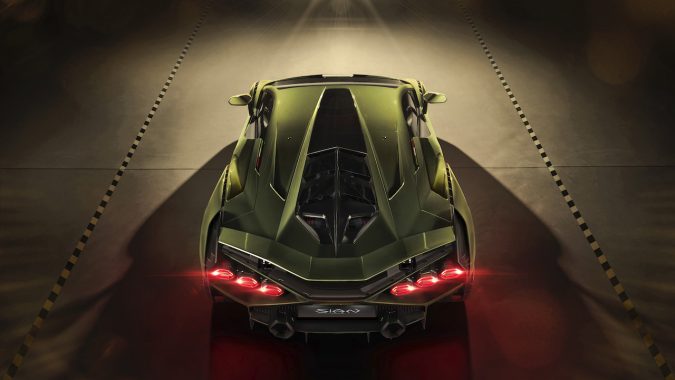 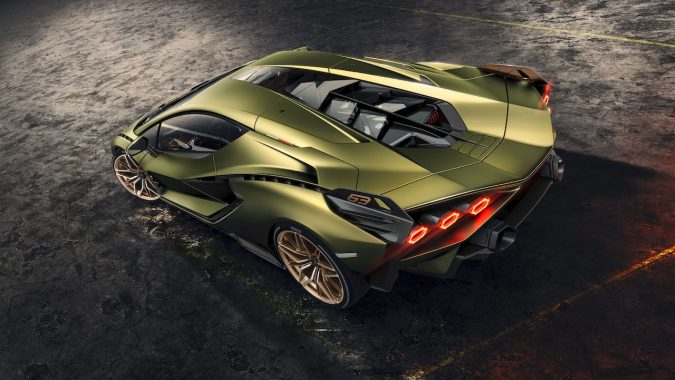 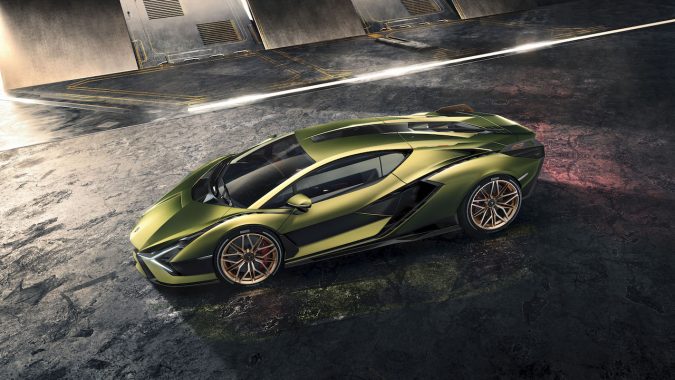 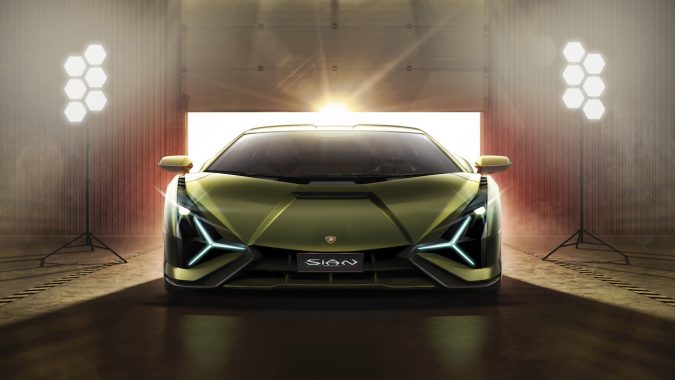 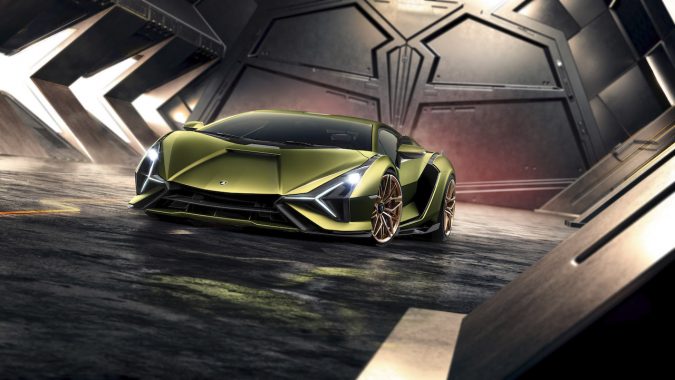