These two guys know everything about motorsport

Turn headline: Every generation, it seems, looks down on the one before

I know a lot about motorsport but there are two guys who know more.

The first is John Strothard. After the races one night, we had a long discussion about who was good and who wasn’t and he identified Kenny Brack, correctly, as Kenny “Breck.” I could learn a thing or two from this guy, I thought. We spent the rest of the evening arguing and eating T-Bone steak and strawberry shortcake that we paid for with the $100 tow money our pal Gary Morton got for taking his TQ midget to Peterborough Speedway that evening.

The other is Peter (Pete) Turford who, the first time I met him at a Molson Indy in the late 1980s, rattled off my personal racing history, including the races I’d run, the cars I’d owned and the people who’d owned them before me. “Your 27 supermodified started out as the ‘05 owned by Pat Murphy, the postmaster in Virginia Beach, Va. He’d been a helicopter pilot in Vietnam who went racing after the war because he missed the adrenalin rush.” And on and on. Gotta get to know this guy too, I thought.

Both guys are cards. Turford carries a picture in his wallet of him finishing a marathon at Indianapolis in 1991. That way, he could tell people that he “ran Indy.” Strothard wasn’t a very good racer but was an excellent crasher. “I had a big one at Lancaster (Speedway),” he said, “and I actually won a heat race at the indoor Niagara Falls races going upside-down over the finish line while still in first place. Top that!”

I was talking to Pete Turford this week. He’s in his early sixties and living every middle-age man’s dream. He’s working for the Ohsweken-based Miles Hill Racing Team and spent the spring and summer living with fellow Canadians Steve Moulton (an owner/mechanic) and driver Dylan Westbrook in Brownsburg, Ind. Pete and his son travel all over the United States working as sprint car mechanics on one of Hill’s cars. 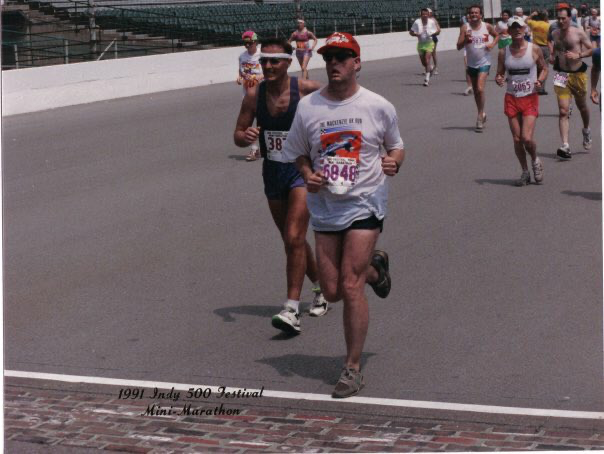 “We ran Tyler (Sunshine) Courtney at Devil’s Bowl Speedway in Texas last Saturday night,” he said, “and he destroyed the car on the first lap. So we’re just taking it apart to fix what we can and then use new stuff to put the car together for the next race.”

I only have 800 words (or so), Pete, so how did you become a walking encyclopedia on racing? Not just interested, but expert? I’ll let you talk.

“In 1966, a pretty good driver named Sammy Snider was killed in a fire at Flamboro Speedway. Delaware and Nilestown speedways decided to have firefighters added to their safety crews and Flamboro joined in. I had an uncle who was a firefighter and took me with him so I went to the races three times a week. I was six at the time and I loved it. I heard lots of colourful stories, but some of them could be classified as ‘tall tales.’”

“As a result, I always wanted to know what the h*** happened as opposed to the legend,” he said. “You know the story of the Smokey Yunick Chevelle? That’s when Smokey allegedly bult a 7:8-scale car to cut down on drag and it allegedly passed NASCAR tech? This sort of things drives me nuts.

“There’s a guy who took pictures of that car, measured it up, put it on a grid and found that the car was the exact normal size. I have an aching for the truth.”

Some of the stuff that fascinates him is a little obscure, but important nonetheless.

“On the first day of qualifying for the 1955 Indianapolis 500,” said Pete, “it was really windy and nobody wanted to go out. Finally, with just a few minutes left. Jerry Hoyt went out and stuck the car on the pole. I have the 1955 Floyd Clymer Indy 500 Yearbook and do you know what the main story was? What a bunch of wusses the race drivers of 1955 were compared with guys 20 years earlier like Wilber Shaw and Henry Banks, who wouldn’t have let a little wind bother them. They were talking about guys like Jimmy Bryan being wusses? That’s what people are saying about the race drivers of today. This stuff puts it all into perspective. 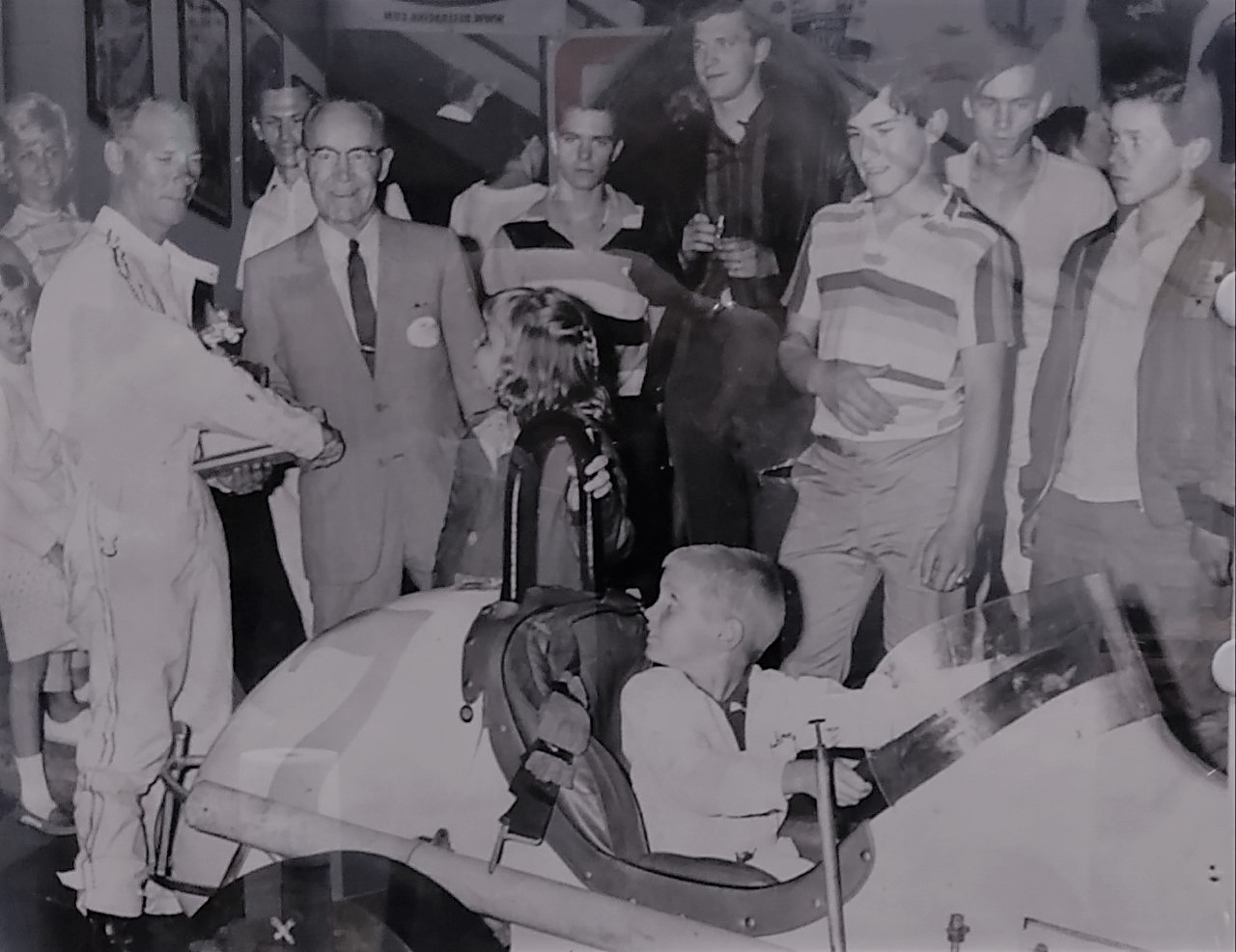 “People talk about drivers like Curtis Turner and Joe Weatherly partying their brains out before a race. Today, the drivers are in such good shape they could all beat those old guys. Jeff Gordon; ever see him without his shirt?

“The Formula One drivers; the physical shape they’re in is phenomenal. I try not to be the old guy saying the young guys today are no good. We get that all the time in sprint cars, where people say nobody was ever as good, or will be as good, as Steve Kinser, and yet we have the genius of Kyle Larson unfolding before our eyes.

“The question has to be asked: how can he be so much better than anybody else?”

Next week, I’ll tell you the story behind the picture that illustrates the opening of this column. Hint: it was taken in 1965 at the CNE Speedway in Toronto. It was sent to me by Turford, who photographed it at a Brownsburg auto-restoration shop belonging to a guy named Rick Duman. We’ll be talking about six-degrees of separation, in addition to other things.