These People Keep the AutoShow Running on All Cylinders

“It’s a total team effort. It’s such a relief when the show is over and we are so proud of what we’ve accomplished.”

It takes a team to run the Canadian International AutoShow, the largest consumer trade show in the country and the premier event for everything to do with cars.

While Jason Campbell is the general manager and is putting his stamp on his fifth show, he said it’s a total team effort among his five staff members and one part-timer. They include: operations manager Norm Gray, who has been with the AutoShow since 1984; director of marketing Dave McClean; manager of marketing and operations Stephanie Thompson; administrative assistant Sue Matheson; project co-ordinator Shanice Dennis-Russell, and consultant Norris McDonald.

Collectively they are responsible for overseeing the 650,000 square feet of the Metro Toronto Convention Centre for the 10 days the show is open to the public. Although there are days before and after the event designated for setting up temporary headquarters and then returning to the AutoShow office in Richmond Hill.

Three days after the show wraps up at 6 p.m. Sunday, everything from the AutoShow will be removed for the next event to take place at the convention centre.

“It’s a dynamic team,” said Gray. “Everybody really wants to do their best because it is a premier show. When you look at it from all the displays and the overall building, there’s energy for it. This is the No. 1 public show in the country. All the manufacturers are here with the premier exhibits. They are all museum grade. When you walk around, the floors are slick, the lighting is fabulous.

“I did a count a few years ago and there’s between 200-250 of tractor-trailer loads of exhibits and cars and lighting and the last truck will be out of here on Wednesday.”

Campbell is glad to have the spotlight focused on his team rather than on himself.

“The team and the reliable people that have been working on the show for many years know how it works,” said Campbell, who was hired in 2014. “The show couldn’t operate without the built-in knowledge that exists from the guys that are working the show floor: the firefighters who help move the cars in and out; security, which numbers more than 130, makes sure the crowds are kept safe; to the ticket-takers and all the back-office staff.

“The knowledge that they bring to how the show operates makes it run as successfully as it does.” 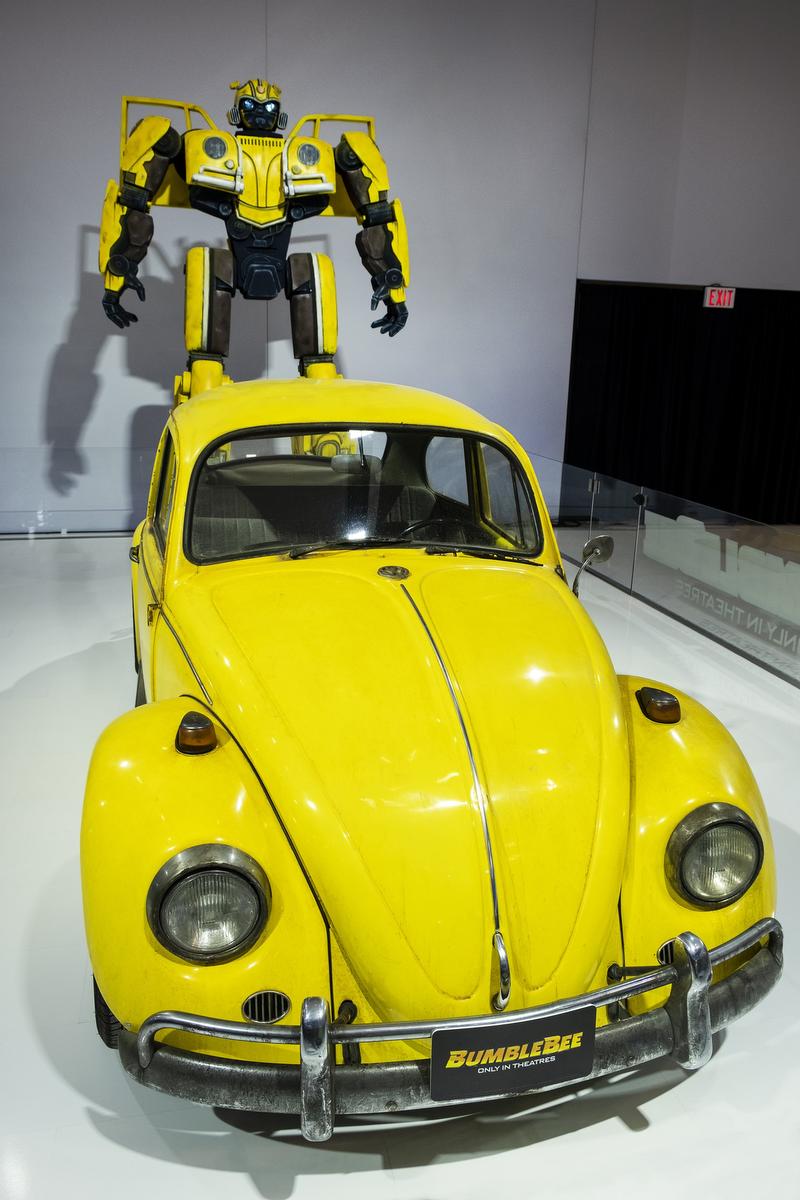 Campbell and his staff regularly toured the convention centre to see which exhibits attracted people and engaged them enough that they spent time there as opposed to just walking by them.

Thompson said the show is a year-round process of planning and it continued from opening day through to the end.

“As soon as this show started, we started seeing things we could improve for the following years, so we’re really excited about 2020 and the things to come,” Thompson said. “There’s so many people that provide insight. The internet is a wonderful thing in which we’ll see different vehicles from around the world and we’ll share it with each other and say, ‘What about this? This will be great content for the show.’

“It’s a total team effort. It’s such a relief when the show is over and we are so proud of what we’ve accomplished.”

Larry Lantz, who served as the 2019 president of the AutoShow, was amazed by how efficiently the team worked.

“It’s all friendly smiles from the office during the year and then you go into the AutoShow office (at the convention centre) and they are laser focused on getting the job done and are very professional,” he said. “It’s like, ‘boom.’ They are doing their job. They are working all the time. Jason is a perfectionist. He’s going around everywhere, looking and watching, making sure everything is right.

“It’s a family that has worked together for a long time and it’s very smooth and seamless. There’s tons of issues that come up and it’s all handled well. And I don’t want to forget about the security. It’s not just AutoShow staff, but all the people that have been involved for so many years. It’s just unbelievable.

“Jason and I have been out at night, making contacts and talking to the people that have brought vehicles and we entertain them. We’re trying to build the show for next year already by getting features. We’re working on getting vehicles. We’re throwing around ideas.

“People come up to me and say, ‘Congratulations, Larry, what a great job you’ve done as the president of the AutoShow.’ You know what, it’s not me. I’m a little sliver of contribution. It embarrasses me (to get all the praise),” Lantz said.

“When I think about the effort the staff put in, it almost brings tears to my eyes. It’s emotional because they do such a great job. They run the show, 100 per cent.”