These are pieces of history.

It was 40 years ago this past January that a futuristic, gull-winged wonder dreamt up by maverick auto executive John DeLorean first rolled off its assembly line in Northern Ireland. Called the DeLorean, or the DMC-12, the car’s stainless-steel body, sculpted shape and modern look immediately galvanized the imagination of car enthusiasts – and movie producers.

For many, the vehicle’s distinctive design became etched in their minds thanks to its use in the 1985 film “Back to the Future.” “The way I see it,” said Dr. Emmett Brown in the movie, “If you’re gonna build a time machine into a car, why not do it with some style?”

The DMC-12, outfitted with a flux capacitor and powered by plutonium, became as important a character in the subsequent three-movie franchise as Michael J. Fox’s Marty McFly or Christopher Lloyd’s Doc Brown.

Justin Sookraj remembers being a child and watching “Back to the Future” when it aired on television in the 1980s. “I liked the movie because I liked the car,” he said. He went to the local library and found a book about prototype vehicles that included pictures of the DMC-12. It wasn’t until he was nine years old, and saw a DeLorean in real life, that it donned on him the car wasn’t just a movie prop or prototype, but something that existed. 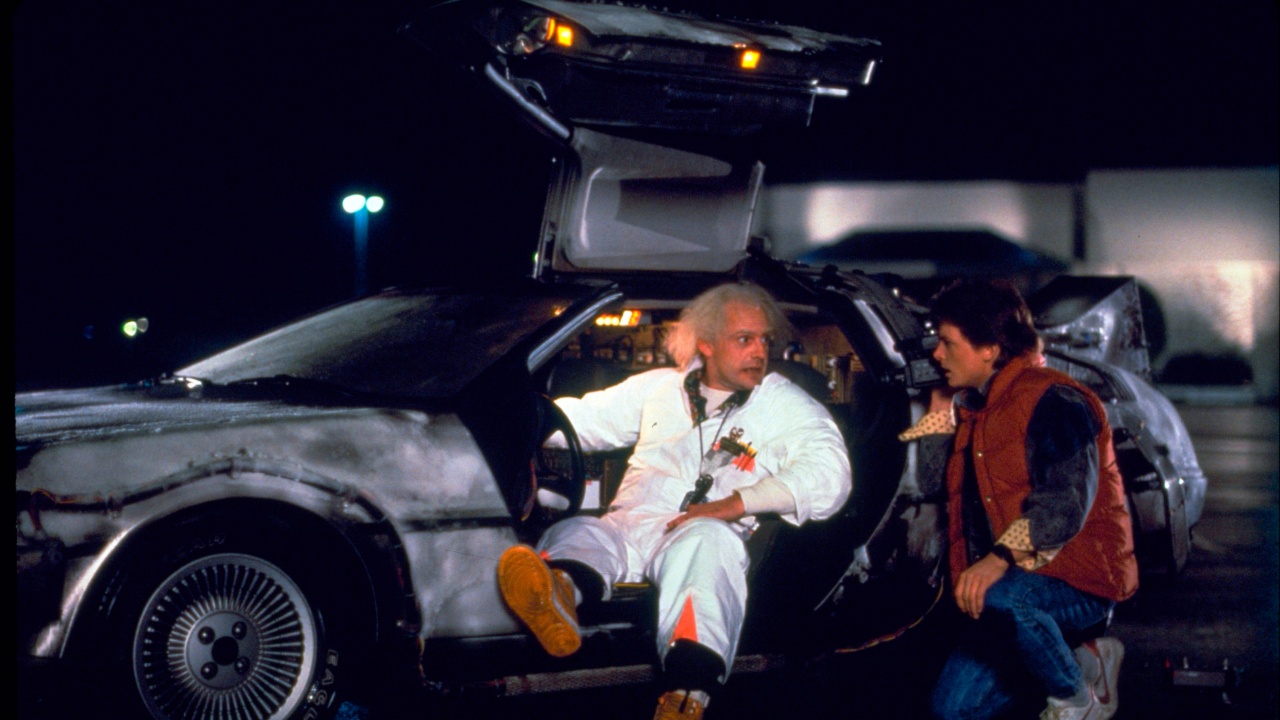 He was riding in the family car with his dad when they passed a used vehicle lot on the corner of Dovercourt Road and Queen Street in Toronto. There amongst the pickup trucks, sedans and vans was a DeLorean.

“As soon as I saw the logo I freaked out and told my dad, ‘Stop the car,’” said Sookraj. “It was half the height of everything else on the lot and looked like a full-blown spaceship.” He wasn’t allowed to sit inside it, but he did get to run his hand over its exterior. “It was like touching something that shouldn’t be real. It was like touching something from a movie that shouldn’t exist. But there it was, sitting next to a Porsche 928. It was very real to me at that point in time.”

Sookraj was smitten, and he bought his first DeLorean, a fixer-upper, when he was just 17. He didn’t own it for long. He returned it to the used car lot he purchased it from because it needed too much work and replacement parts were hard to find.

This wouldn’t be as big a problem for today’s DeLorean owners. In 2015, Sookraj opened Wells Auto Milton, the only DMC-12 restoration shop in Canada. His workshop is filled with the more than 2,600 individual parts and pieces that go into the building, restoration and maintenance of a DeLorean.

“We do a lot of what I call automotive archaeology,” said the 41-year-old. “I try to figure out what the heck happened to a car that has been in the hands of several other people before it got here. We’re talking terrible, violent things that just blow the mind because they fell into the hands of people who didn’t care for them.”

The worst modification he has seen was a DeLorean that had its original interior removed and replaced with, “a caricature of what an interior could possibly be. So nasty. I can hardly talk about it.”

You won’t find a flux capacitor in Sookraj’s Milton, Ont., workshop, but it is full of engine parts, vintage windscreens, pieces of stainless steel and DMC-12s in various stages of repair. When he is working on a car, Sookraj handpicks each replacement part for its authenticity and practicality.

“We try and keep the cars as original as possible with a couple upgrades that can easily be removed without permanent damage,” he said. “A good example is the shock suspension exhaust. We offer it to people with the caveat that they should hold on to the original part because at some point, someone is going to want to put these back to original. When they leave here it shouldn’t look that different than the original to the untrained eye.”

Those untrained eyes, when they encounter a DeLorean driving down the road or parked at a specialty auto show, are usually focused on the vehicle as a whole. It means owners of these icons need to be defensive drivers.

“You have to be careful when you drive,” said Sookraj. “People see it in the rear-view mirror and will wander into your lane. I think that applies to most collector cars, but it certainly applies to ones with stainless-steel body panels.”

He said the “Back to the Future” franchise has been a blessing and a curse for the vehicle. He likes the movies, evident by all the memorabilia that decorates his workshop, but said DeLorean owners need to have a deeper appreciation of the vehicle and its past.

The DeLorean Motor Company only lasted a few years before poor sales, quality issues and the legal woes of its founder saw it declare bankruptcy. Relatively few cars were produced, with the last ones being manufactured in 1983.

“A couple weeks ago we had a couple come in. They grew up in the late 1970s near the DeLorean factory. We’re building one for them right now and it is so cool to listen to their story, why they want the car and why it’s cool to them,” Sookraj said.

“It breaks my heart when I see them not being taken cared of. Especially if it’s one of ours where we’ve taken pains to restore it. If you don’t have a garage, not only should you not buy this, but you also shouldn’t buy any collector car. Get a garage first, and then think about what kind of collector car you should have,” Sookraj said. “These are pieces of history and should be treated as such.”