The Tesla Cybertruck is Like Nothing You've Ever Seen Before

We weren’t sure if Elon was serious. But, yes. Yes he is. And the reveal was probably even weirder than the truck.

Last night, Tesla revealed their massively anticipated pickup truck, and the one thing we can say for sure is that it was as far removed from anything anyone had expected than a Tesla sedan is from a Ford Model T. In typical Tesla fashion, it comes with some incredible specifications on the list, but the real shocker is that bodywork.

The models S, X, 3, and Y are all of a mostly similar shape. It’s a slightly futuristic look at the typical vehicle, unencumbered by the need for grilles and with a common design language. Not the Cybertruck. The Cybertruck has styling by speed square, instead of what any other production vehicle has ever worn. It makes the Vector W8 look positively sinuous, and the cab is essentially a pyramid. There’s more to this truck than styling, though, and nearly every joke has been made about the looks, so we’ll move on to the spec sheet. Which has us shaking our heads with nearly the same level of disbelief. 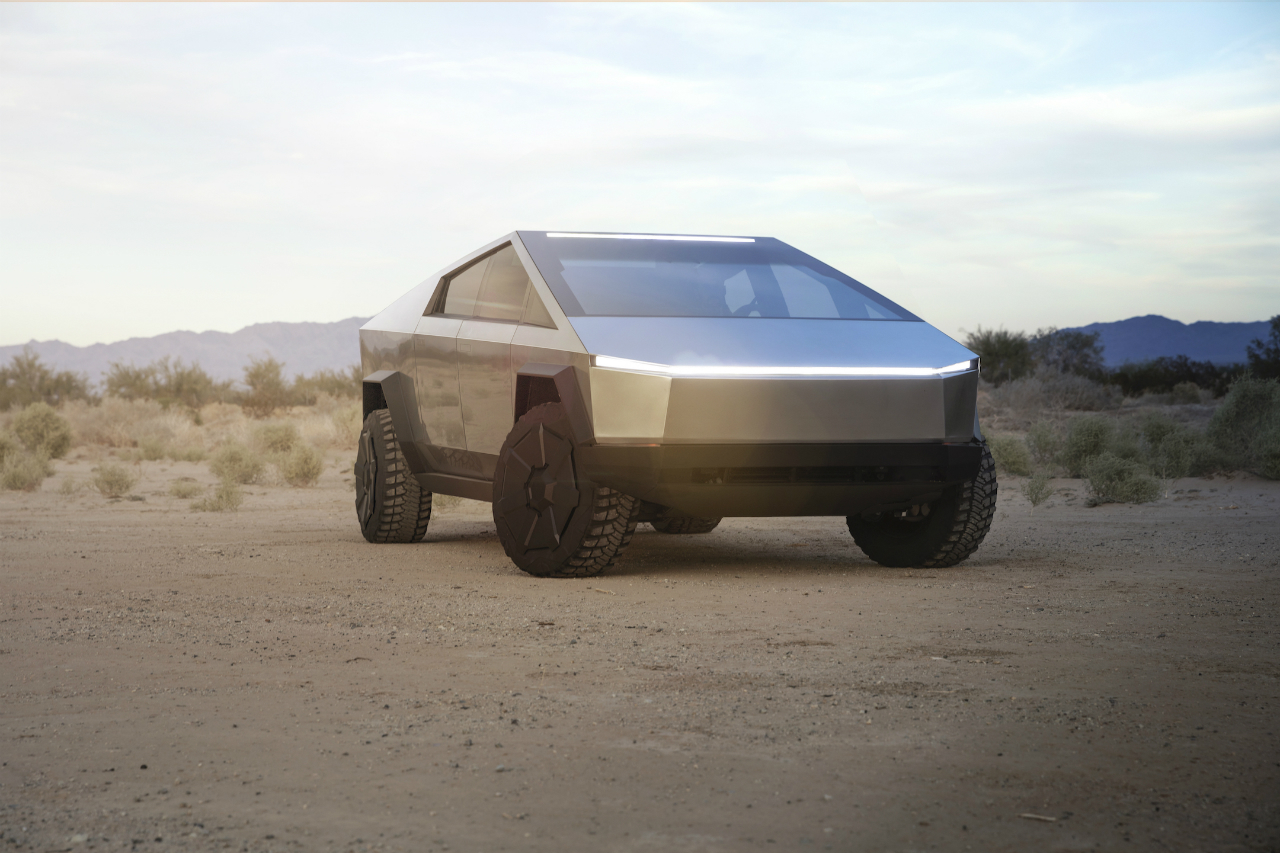 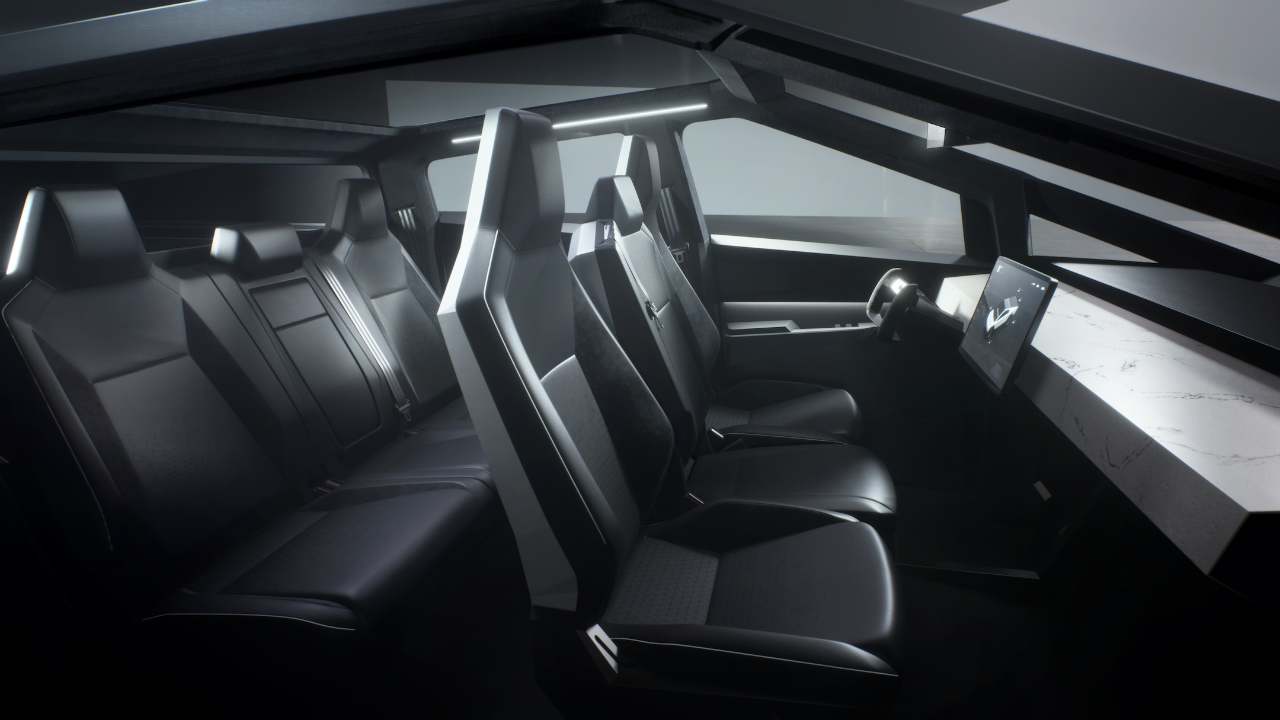 It starts with that body, which Tesla calls an exoskeleton that is “nearly impenetrable.” In true Delorean fashion, it’s made from stainless steel to help eliminate dents and corrosion, but it also has what they’re calling Tesla armour glass. Which is supposed to be bulletproof. The truck doesn’t look like it has a bed, but move to the rear and between those very long sail panels is, in fact, a pickup bed. Just don’t try reaching cargo that’s at the front. Tesla calls it the vault, not a bed, and it’s the same 6′-5″ length as most common pickups today.

An adaptive air suspension allows for about 100 mm of suspension lift or drop, depending on what you need. The suspension and frame allow nearly 1,600 kg of payload capacity, or about 700 kg more than any other half-tonne pickup. For towing, Tesla says it has “the ability to pull near infinite mass.” Which in real numbers is 6,363 kg, still well above any half-tonne pickup on the market. 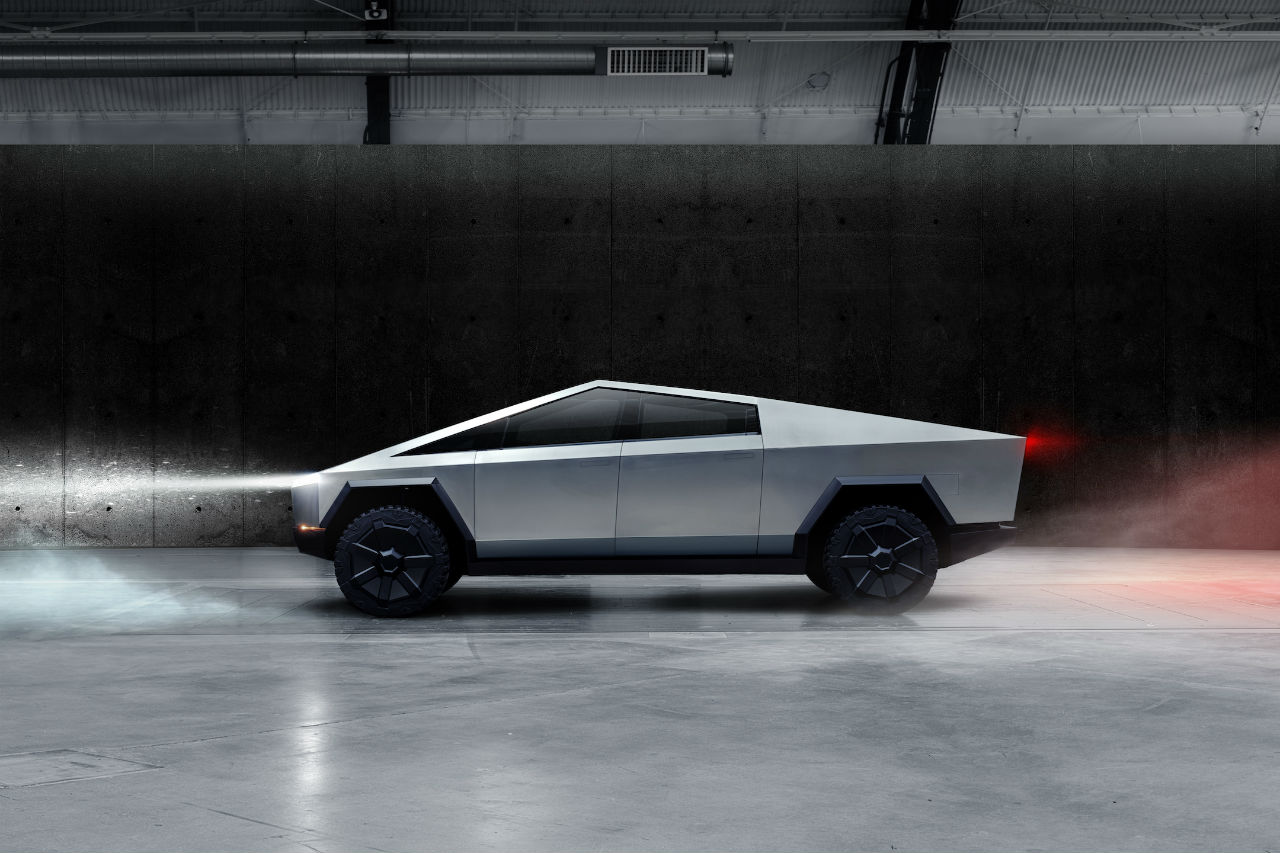 It will be available in single-motor RWD, dual-motor AWD, and three-motor AWD. The first gives you 6.5 seconds to 100 km/h, and about 400 km of electric range. The second cuts acceleration down to 4.5 and boosts range to closer to 500 km. Finally, the tri-motor hits 100 km/h in 2.9 seconds, has a range estimate of 800 km, and is the one that can do the most towing. The RWD truck can tow about half, with the AWD two-motor splitting the difference.

Some of the other out of this world gadgets for this truck that’s about the same size as other full-size pickups? How about bulletproof glass, a feature they tested out less than satisfactorily in the presentation. Or an ATV that will park and charge in the trunk. Tesla’s also planning a tent for the cargo bed that’s as angular as the styling. 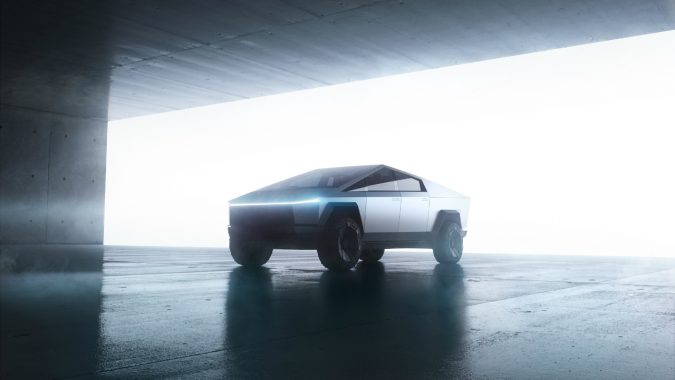 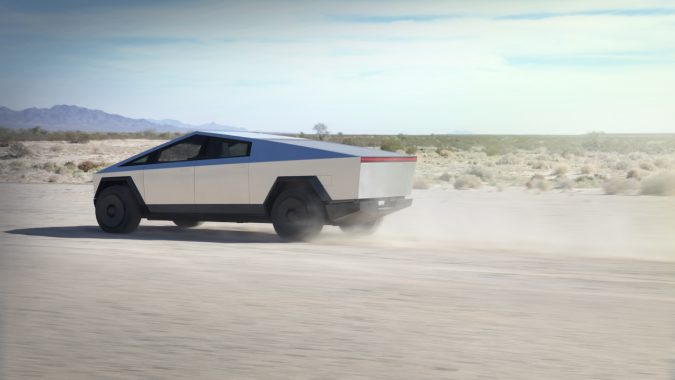