What can shoppers expect to find in the used car market for the same price as a shiny new Micra or Spark? We’ve found a few examples and broken them down into three categories. Let’s roll.

Despite the incessant carping (*raises hand*) about vehicles in Canada being priced several orders of magnitude higher than their American counterparts, Canadian shoppers actually have it pretty good at the entry-level end of the scale.

Take the 2017 Nissan Micra S for example. Priced at $9988 plus freight, the diminutive hatchback has a five-speed transmission, tilt steering, a defroster, and a raft of airbags—placing it many leagues ahead of the bargain-basement cars littering the landscape just a few short years ago. Chevy goes a step further with its $9995 Spark LS, including all those features plus a USB port for your tunes, on-board wifi for important Snapchat moments, and two years of oil changes.

What can shoppers expect to find in the used car market for the same price as a shiny new Micra or Spark? We’ve found a few examples and broken them down into three categories. Let’s roll. 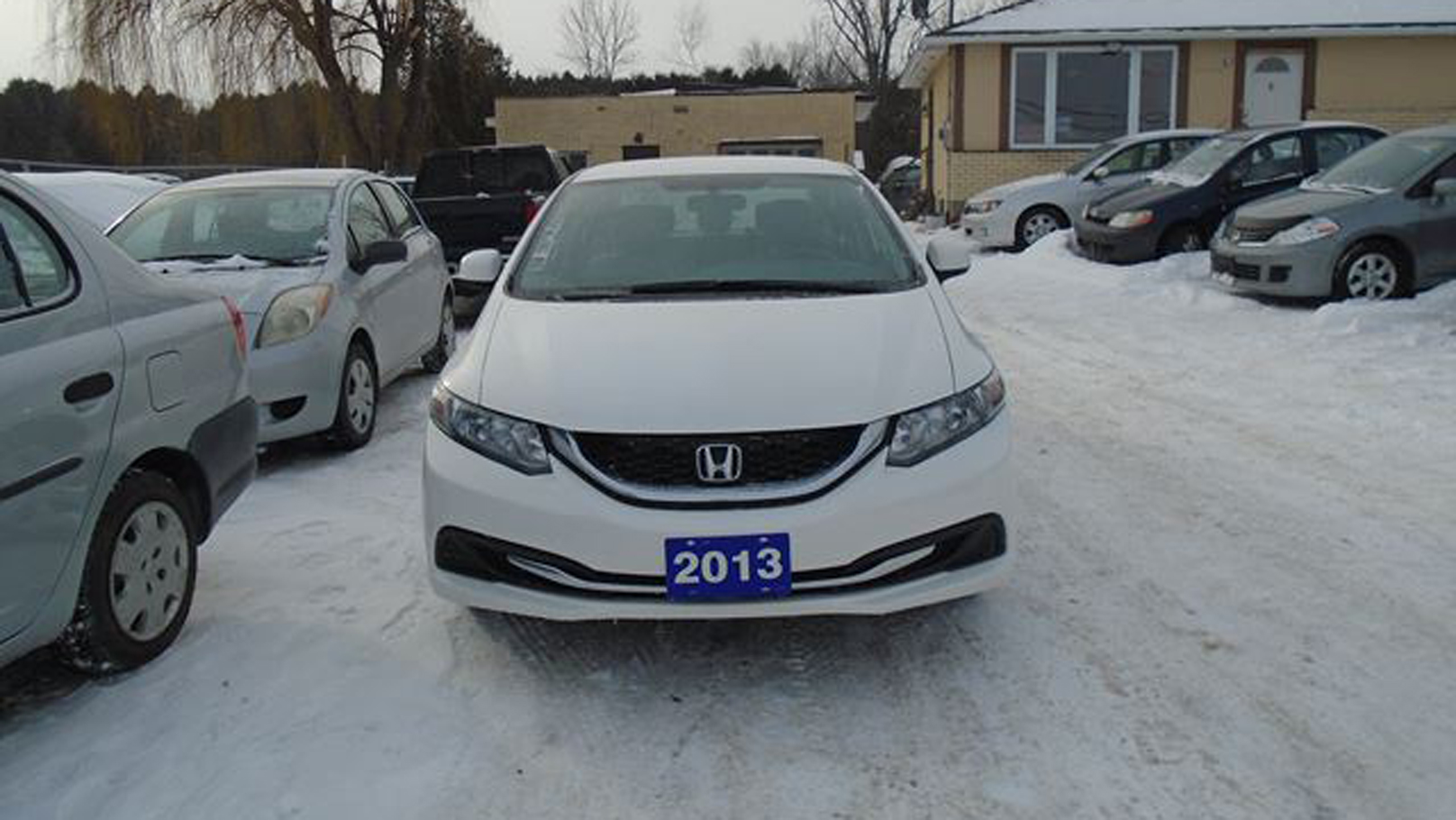 Choosing to buy a low mileage, slightly used Honda Civic is one of the safest bets in the world, shy of wagering that the new Fast & Furious movie will be absolutely ridiculous. The LX trim is full of niceties such as air conditioning and power accessories, plus its 1.8L, 16-valve, SOHC, 4-cylinder will be as reliable as the sunrise and the five-speed manual is a great box on which to teach new drivers how to handle a stick. Its 15” tires will be cheap come replacement time and it sips fuel like a nun sips whiskey. 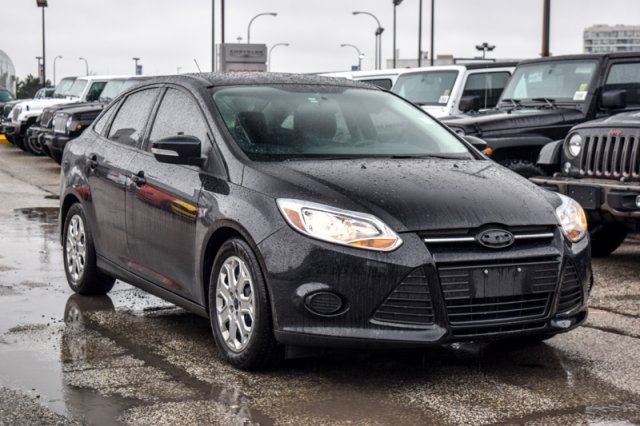 Rightly or wrongly, the Ford Focus doesn’t command quite the same premium in the nation’s used car market as the Honda Civic, so buyers can pop for a lower mileage car when considering a second-hand example of Dearborn’s small sedan. Cruise control, air conditioning, and power windows are all found inside the SE. Infotainment includes voice-activation and USB connectivity, even if it does deploy the smaller 4.2” screen and a raft of buttons which makes the dashboard look like a Klingon’s forehead. Try to find a cool colour like Race Red or Blue Candy. 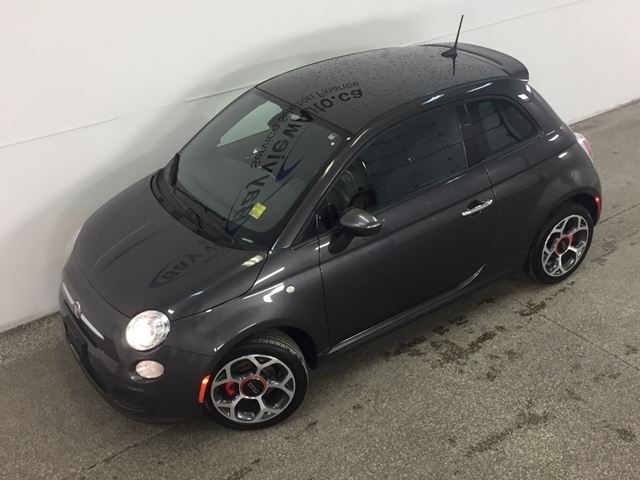 Thanks to aggressive lease programs and an abundance of dealer inventory, it’s pretty easy to find a one-year old FIAT 500 for less than ten thousand dollars. Quirky Italian style is draped over a 1.4L four cylinder and willing chassis, though its Ralph Kramden driving position is aggravating to some. Air conditioning, seven airbags, and all manner of infotainment features are found in the Sport model. 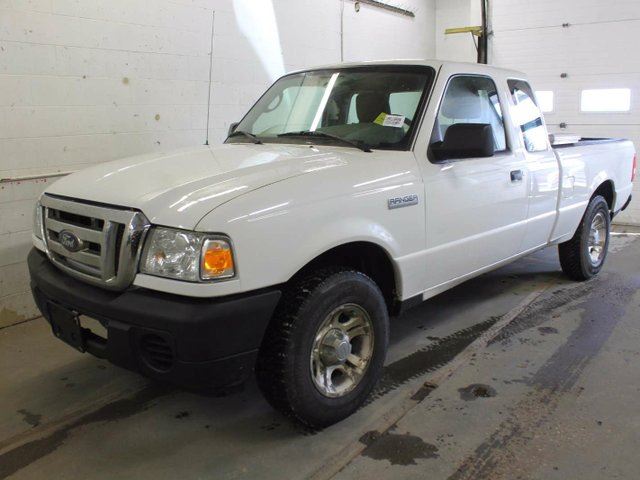 Ford built its Ranger for the compact truck market until 2012, putting it out to pasture after stopping development on the truck nearly ten years prior. The upshot of Ford’s negligence is that the Ranger was comprised largely of the same parts for the second half of its thirty-year run, giving the Ranger cockroach-grade reliability and producing an abundance of dirt-cheap parts. A dirty workboots, honest, hose-it-out SuperCab Ranger with low mileage for less than ten grand? Yes, please. 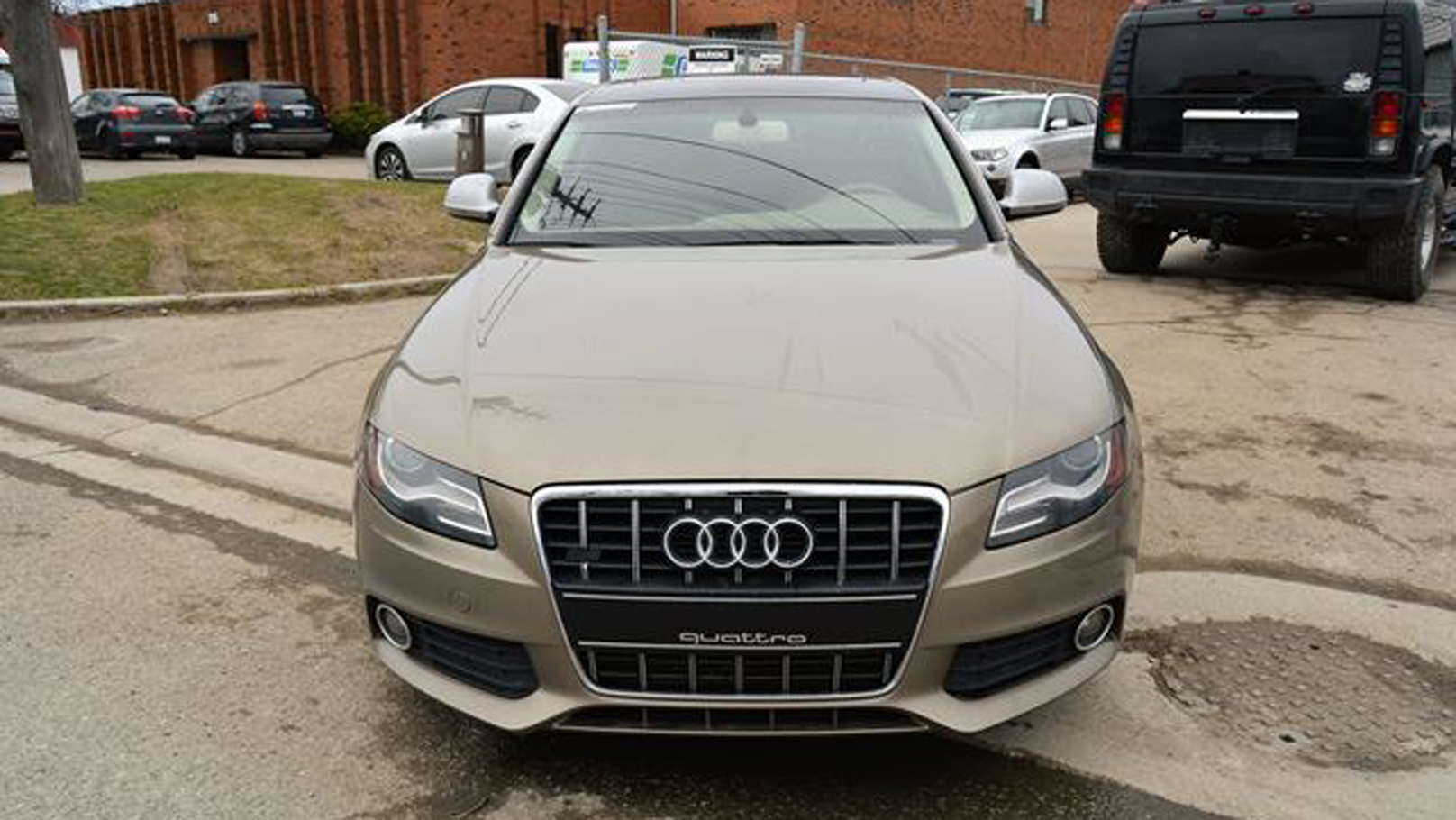 Audis are the weapon of choice for many road warriors seeking to make quick work of their commute. This eight year old A4 has the 211hp turbocharged inline-four, plus heated seats and a thumping Audi Symphony stereo. A moonroof is included in this trim, as are natty leather seats and 17-inch rims. Most people will simply buy it for the four rings on the grille. The best part? The 2009 body style still looks new today, leading your neighbours to think you spent a bundle when you only ponied up ten grand.

Find this clean example for a meager $9990 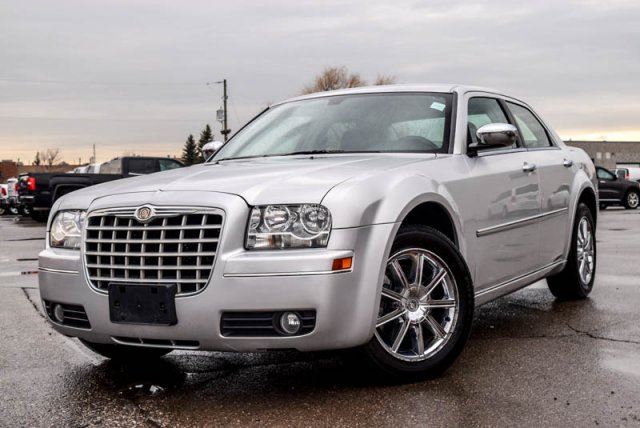 The Chrysler 300, with its sky-high grille and yards of chrome, is a flashy large sedan that looks like a Rolls or Bentley if you squint a bit. And use your imagination. And the light is poor. Anyway, interior space is best measured in acres, the feature list is vast, and the powertrain offers good fuel economy for its size. For the price of a Micra, buyers can be enjoying all manner of luxurious comfort while looking like an extra in a (cut-rate) rap video. 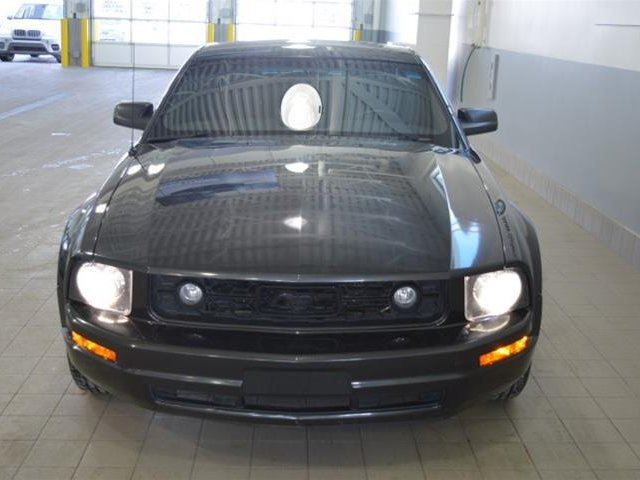 This sporty coupe will impress on campus and has a ten thousand times the cool factor compared to a used Honda Civic or new Chevy Spark. Rear-wheel drive paired with plenty of horsepower may be an issue for novice drivers, especially during the winter. It’ll teach your grad to be a better driver but make sure your insurance premiums are paid up. 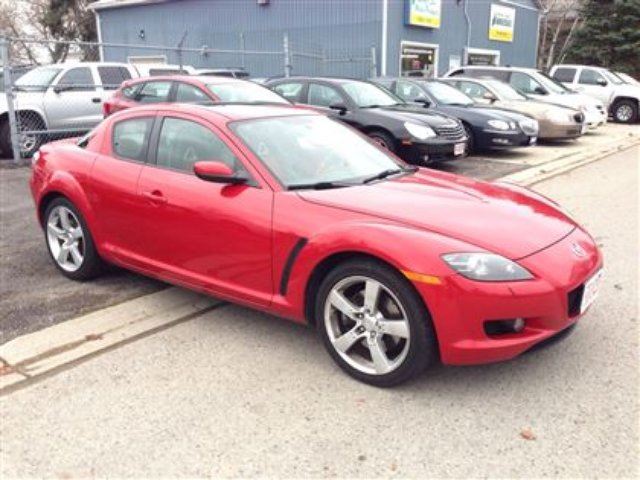 This four-door coupe from Mazda popped into the market at a time when the ecomomy was good and gas was cheap. By fettling its 1.3L rotary engine to 238hp, the engineering boffins in Hiroshima created a fun and funky – if not wholly worthy – successor to the lauded RX-7 of the ‘90s. A six-speed manual box added to the driving fun. Despite its prodigious fuel consumption, there are worse ways to spend ten grand, as we shall soon discover. 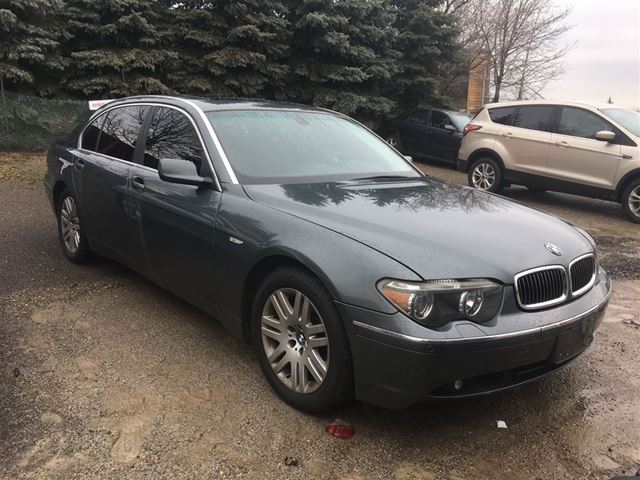 Yes, that’s right. Thanks to the magic of falling-off-a-cliff depreciation, BMW’s largest sedan can be had for Micra money. Under the hood is a 4.4L V8 making 325hp and the car itself looks pretty good considering it is an early 2000’s blowfish 7-Series styled by Chris Bangle. Its original sticker price approached $100,000 in Canada. Moonroof, voice activated navigation, and lush leather seats are all along for the ride. This luxury sedan will bankrupt its next owner and is the perfect example of a car most people can afford to buy, but not maintain. I want it very badly. 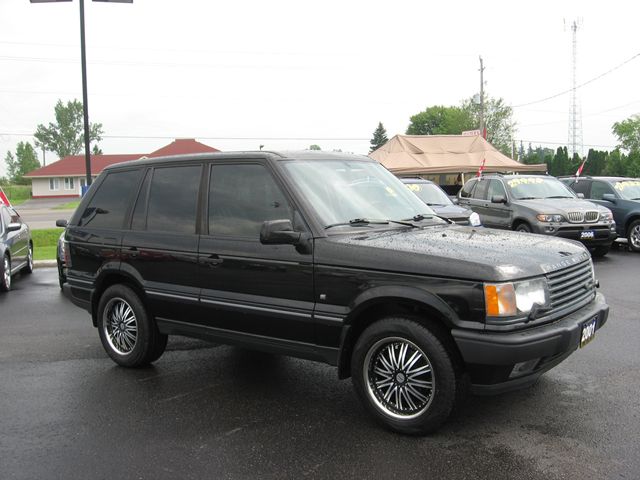 Are you feeling lucky, punk? Remember the Honda Civic safe bet mentioned earlier? Well, this is the opposite of that. In terms of making a bet, this Range Rover is the equivalent of flying to Vegas, drinking a fifth of Ketel One, and betting the mortgage on red at the roulette wheel. Assembled in England, the 2001 model shared its sheetmetal with later Rangies, leading your neighbours to possibly think you purchased a much newer Range Rover than you actually did. When it runs, the Range Rover HSE will embarrass other SUVs offroad while coddling its occupants in an outrageous amount of luxury. Just make sure to get the extended warranty.