The Taylor Brothers are Ready to Hit New Heights

Ricky and Jordan Taylor will be racing this weekend at Canadian Tire Motorsport Park in the Mobil 1 Presents the SportsCar Grand Prix.

When Ricky and Jordan Taylor started racing sports cars together in 2014, the big question on the minds of many people was whether it would turn out to be a case of sibling rivalry, or brotherly love?

As it turns out, it’s a little bit of both — with an edge toward brotherly love.

The Taylor brothers — Ricky, at 27, is two years older than his brother — will be racing this weekend at Canadian Tire Motorsport Park in the annual Mobil 1 Presents the SportsCar Grand Prix, featuring the stars and cars of the IMSA WeatherTech SportsCar Championship.

Not only is this race — which will go to the post at noon Sunday — the biggest and the best one for sports cars in Canada, it stars some of the finest racing drivers in the world: the Taylors, Christian Fittipaldi, Joao Barbosa, Dane Cameron, Jan Magnussen, Antonio Garcia, Bill Auberlen, Ryan Briscoe, Scott Pruett, Katherine Legge, Andy Lally and Canada’s own Daniel Morad, to name just a few.

Plus the 24-Hours-of-Le-Mans-class-winning Ford GT that was conceived, designed and developed mostly in secret by the Detroit-based automaker in partnership with Multimatic of Markham and test driver Scott Maxwell of Toronto. Entered by Chip Ganassi Racing, there will be two GTs in the big race Sunday.

Which makes it all the more astounding that the Taylor brothers, driving a Cadillac Dpi-V. R for their father’s team, Wayne Taylor Racing, had gone undefeated all season — five races — before falling short just last weekend at Watkins Glen.

It wasn’t because of any mechanical difficulty that the Taylor Cadillac lost the “Sahlen’s Six Hours of the Glen” minimarathon, it was simply because of a collision shortly after the race started between Ricky Taylor and Olivier Pla, who was at the wheel of a Ligier LM P2.

The “coming together” sent Taylor to the pits for six laps, and although the Wayne Taylor team battled back, and battled back hard, they were only able to make up three of those laps and finished in sixth place, three laps behind the winners (Barbosa, Fittipaldi, and third driver Filipe Albuquerque).

Ricky Taylor thinks if there hadn’t been that collision, there was a good chance that the Wayne Taylor Racing Cadillac would have been right there at the end.

“Going in, I don’t think we had the pace of the Nissans or the Ligiers,” he told the Star this week in an interview. “But the way the race went, we would have been racing against the (winning) 5 Car at the end (Barbosa, Fittipaldi, et al), and I think we had a car that could have competed with them. Looking back at it, I think we would have had a shot.” 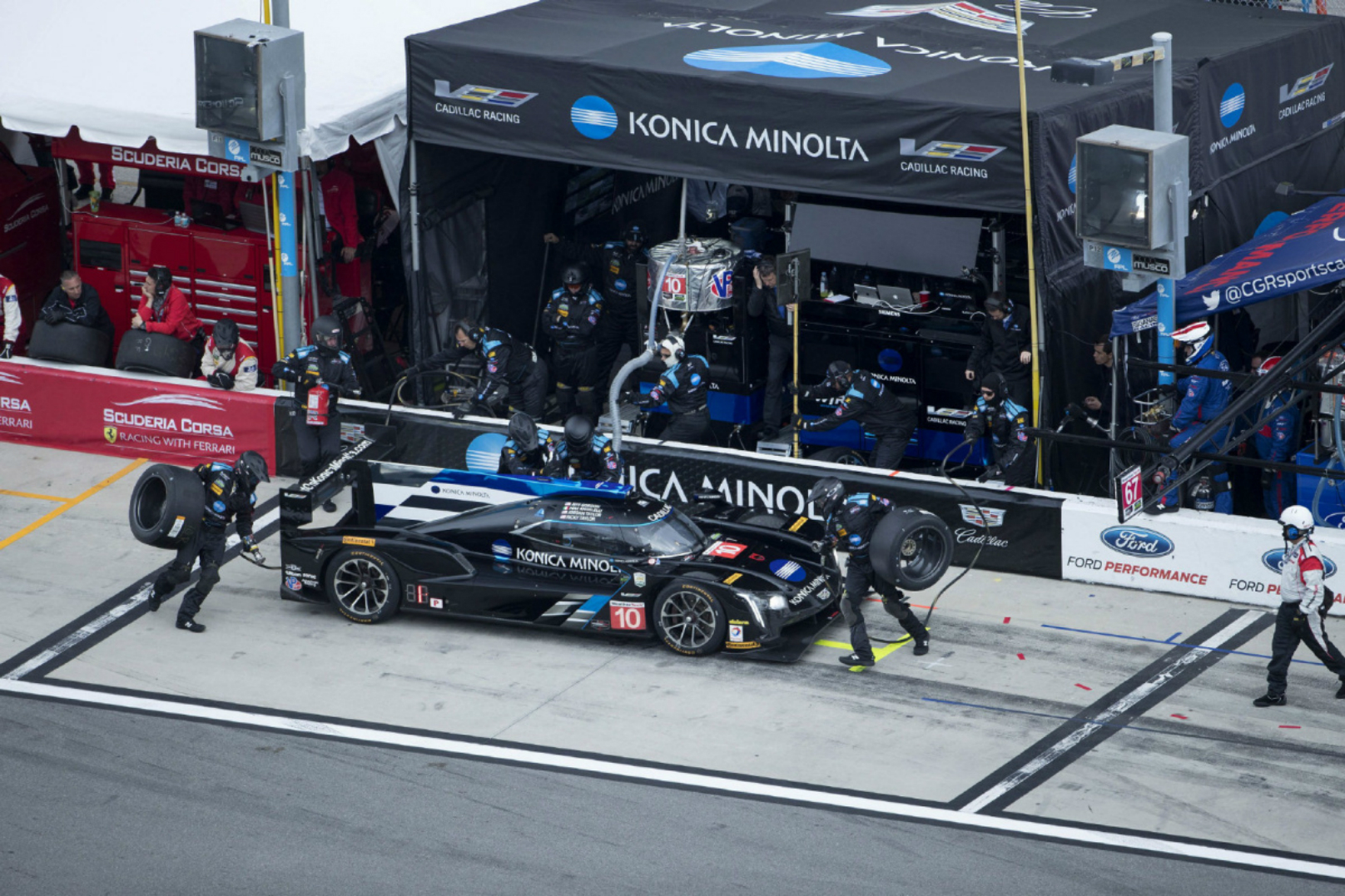 But that was yesterday or, in this case, last weekend. The CTMP round is happening this weekend, so the Taylor brothers are looking ahead. Said Jordan Taylor, who won a race there in May while driving in the Pirelli World Challenge at the Victoria Day Speedfest:

“CTMP is an old school track that still has those daunting corners left over from the Formula One days. It is a track where the driver can still make a difference with regard to putting in a fast lap. It is very high speed. We will be taking turns one, two and eight pretty much flat-out in a prototype. Coming back with the Cadillac DPi-V. R, it is going to be very physical as well. We will be testing our neck muscles for sure this weekend.”

Added Ricky Taylor: “I think we’ll regroup and put that one (the Watkins Glen crash) behind us. There’s no reason why we can’t get back to where we started the year with all those wins”

Although the Cadillac this year is a new car, Ricky and Jordan Taylor have had excellent results at Old Mosport since they teamed up in 2014, with a victory and two third-place finishes to their credit.

“Yes, we’ve had success in the past,” Ricky Taylor said, “which gives us a comfort level. But you still have to know about the setup, and eventually what makes the car go fast. The track has a really long straight that’s followed by some maximum commitment corners, so it’s a balance. Then you have really hard braking up into the hairpin (corners 5a and 5b), so in the end, I guess you could say it’s really a balance of compromises.

“But we’ve been there before and know how to work the traffic. We’ve got a lot of things on our side, so, that gives us some confidence.”

Confidence in one another, particularly.

“When we first teamed up in 2014,” Ricky Taylor said, “we didn’t really know how it was going to work out and how we’d work together because we’d never done it before. He raced most in the GT class and I was always more in prototypes. We were both going in different paths, but then we came together and it’s worked out to be the best thing we’ve ever done.

“We don’t mind which brother is quicker — obviously, we don’t want anything but the best for each other’s careers — so, if Jordan’s faster one weekend, I’m unfazed personally but excited if we can get the results out of it.

“We spend a lot of time pushing each other. We talk a lot about driving styles, and different techniques and things like that. The fact that we are brothers and want each other to succeed, I don’t think I could find a better teammate.”

Ricky Taylor said that there are some drawbacks, however.

“That’s the problem in sports,” he said. “When it comes to brothers, the only question people are going to ask is, ‘Who’s faster?’ Or, if it’s football, ‘Who’s the better player?’ It’s the easiest comparison to make, so you immediately get put into a box. I’m glad we don’t have to race against each other.”

In the end, though, Ricky Taylor wouldn’t have it any other way.

“We live about 15 minutes apart (in Florida). We hardly have any friends other than each other — we spend pretty much all of our time together. I’ve got a girlfriend, but that’s about it. We’re always together, whether it’s riding bikes or going to the beach. We’ve been close forever.”

Keep an eye on those guys. I suggest, barring anything unforeseen, as happened at the Glen, that they’ll be back on the top step on the podium once again at race’s end Sunday.

Meanwhile, Saturday at CTMP will be a day of qualifying with three races — the SCCA Pro 4 U.S. open-wheelers, the IMSA Prototype Challenge (less-powerful cousins of the Weathertech Championship prototypes) and the Saturday headliner, the two-hour IMSA Continental Tire SportsCar Challenge.

Sunday, the big race, the Mobil 1 Grand Prix, goes at noon with the pre-race grid walk — in which spectators are invited to walk along the main straight and mingle with the drivers and team members before the start — scheduled for around 11:15 a.m. There will be three support races — two more rounds of the SCCA Pro 4 U.S. series and the second IMSA Prototype Challenge race of the weekend. 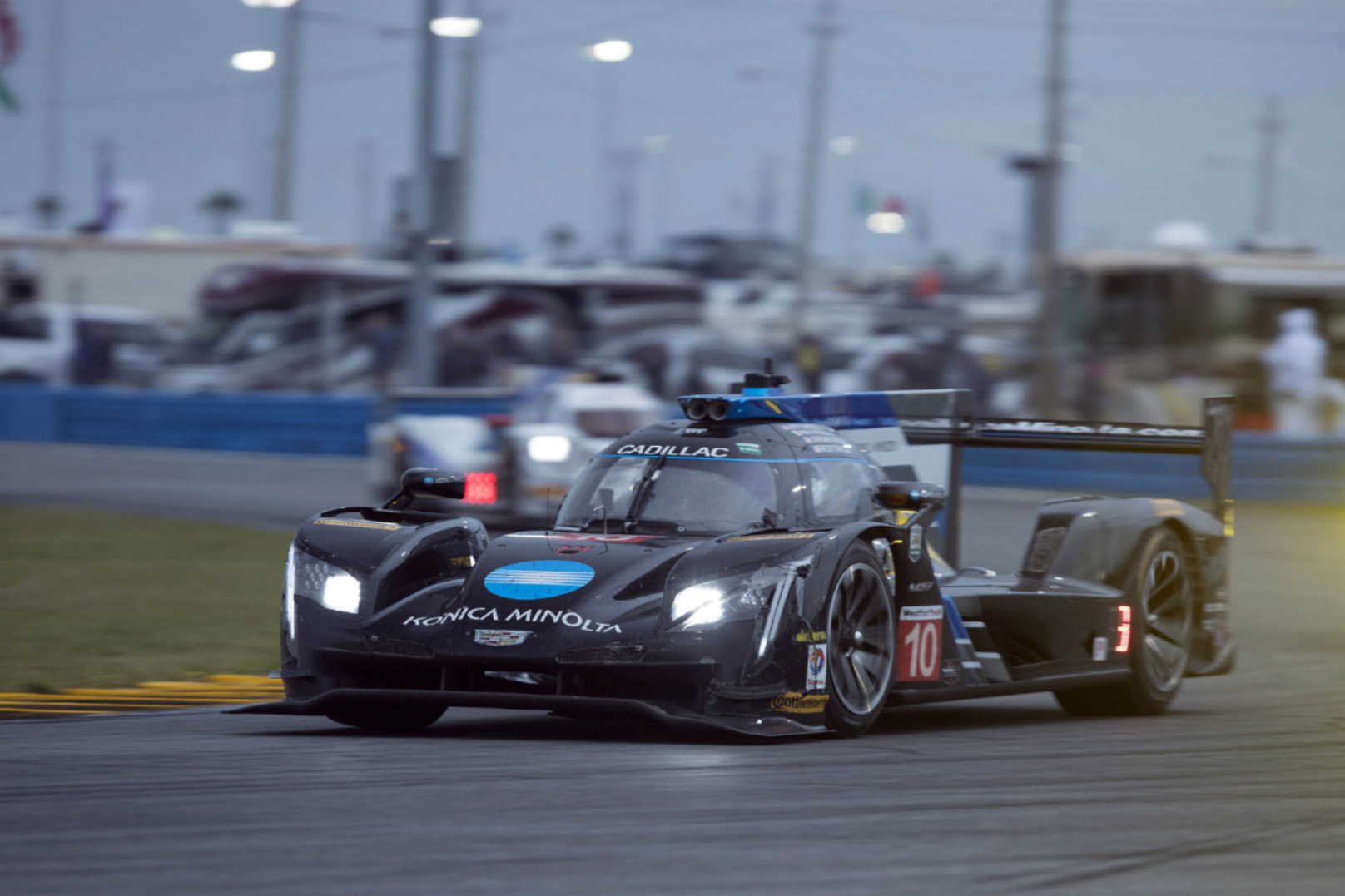 For additional information, go to canadiantiremotorsportpark.com