Join the Conversation (0)
Recently, I wrote about Ford’s plunge into the realm of hands-free driving with its BlueCruise tech, which is set to debut on 2021 F-150 and 2021 Mustang Mach-E models later this year, but the Blue Oval isn’t the first Detroit automaker to make a big bet on the technology.

Its archrival, General Motors, has been beavering away on semi-autonomous tech publicly for almost a decade, and likely much longer behind the scenes.

The company first acknowledged the existence of Super Cruise when it put out a statement in April 2012 that said it was road testing a semi-autonomous technology capable of hands-free highway driving. The statement said the tech being developed by Cadillac, “is capable of fully automatic steering, braking and lane-centering in highway driving under optimal conditions.” The release went on to say that the tech could be production-ready by mid-decade and, yes, the term ‘Super Cruise’ was also mentioned by name.

As it turns out, GM execs were off slightly in their projections as the first production car equipped with Super Cruise didn’t happen until the arrival of the 2018 Cadillac CT6. The CT6 is a full-size sedan GM announced it would discontinue in North America not long after the first Super Cruise-equipped model went on sale. It became a China-only car in 2020, but Super Cruise lives on here because GM cross-pollinated it into other Cadillac vehicles. 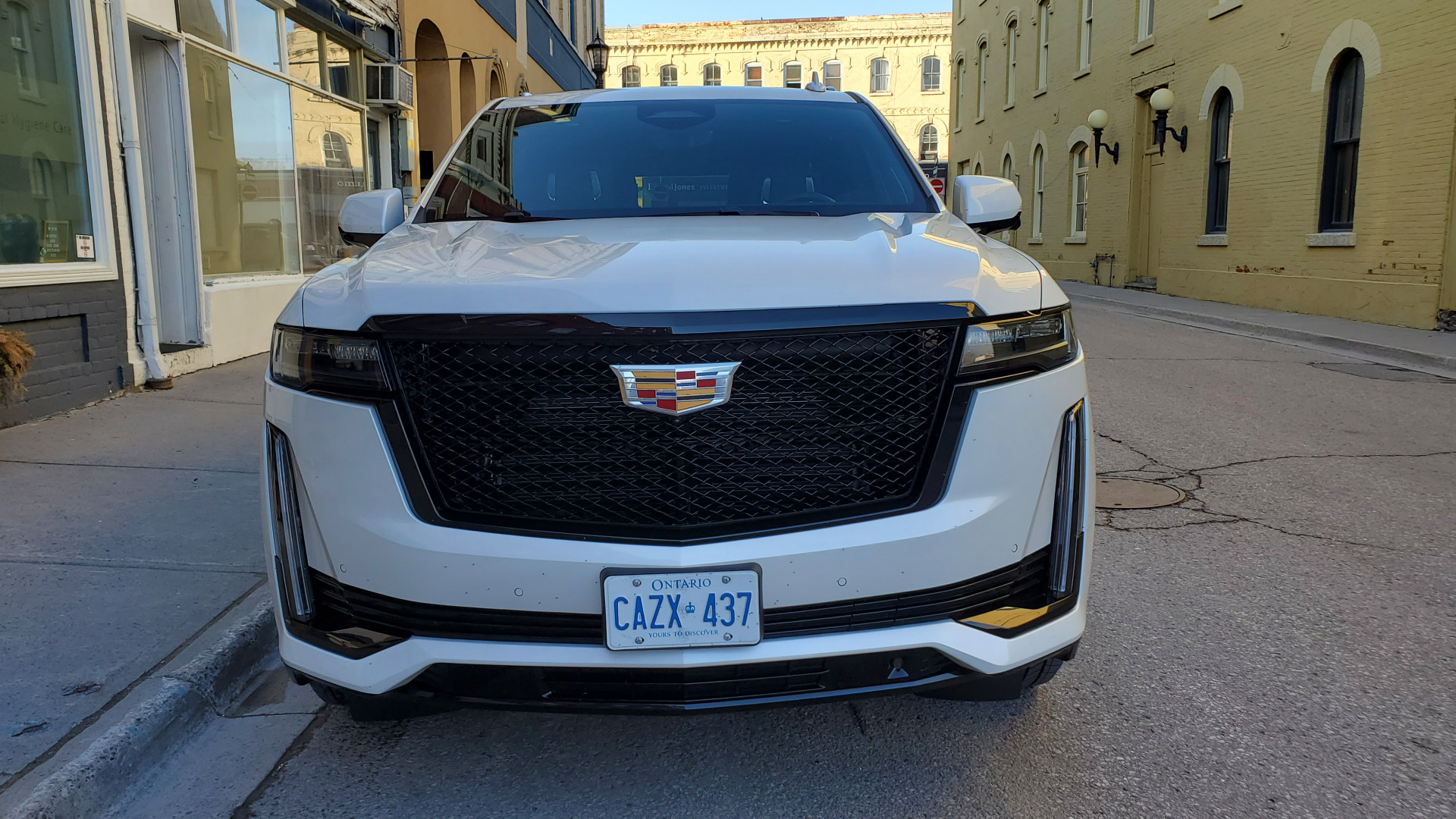 For 2021, Super Cruise is offered on CT4 and CT5 sedans along with the full-size Escalade SUV, which is all-new as a fifth-generation model. This year will also mark the first time Super Cruise will be available on a non-Cadillac when it rolls out in the 2022 Chevrolet Bolt EUV, a battery-electric crossover set to go on sale this summer.

These vehicles are just the beginning of GM’s Super Cruise offensive that will see all four GM brands offer the technology in the coming years. Earlier this year, GM said it will be available on 22 models by 2023, including the highly anticipated 2022 GMC Hummer EV and 2023 Cadillac LYRIQ, both of which are battery-electrics.

Recently, I was among a handful of Canadian auto journalists invited by GM Canada to spend a week testing Super Cruise in the 2021 Escalade.

Before discussing my impressions, a few notes on Super Cruise. Currently, there are more than 321,000 kilometres (200,000 miles) of compatible roads in the U.S. and Canada. These roads are defined as, “divided and compatible highways that are separated from opposing traffic,” according to the Cadillac Canada website.

For the Toronto region, enabled roads are confined almost exclusively to 400 Series highways, although Highway 115, which connects the eastern edge of the Greater Toronto Area to Peterborough is also included.

Secondly, Super Cruise works via two main pieces of underlying technology: a driver attention system and precision LiDAR map data. The former uses a driver-facing infrared camera mounted on the steering column that uses head and eye tracking to determine if the driver’s attention is on the road ahead. If it is diverted for too long, the system uses prompts (haptic seat vibration, chimes and steering wheel light bar) to encourage the driver to re-focus on the road. 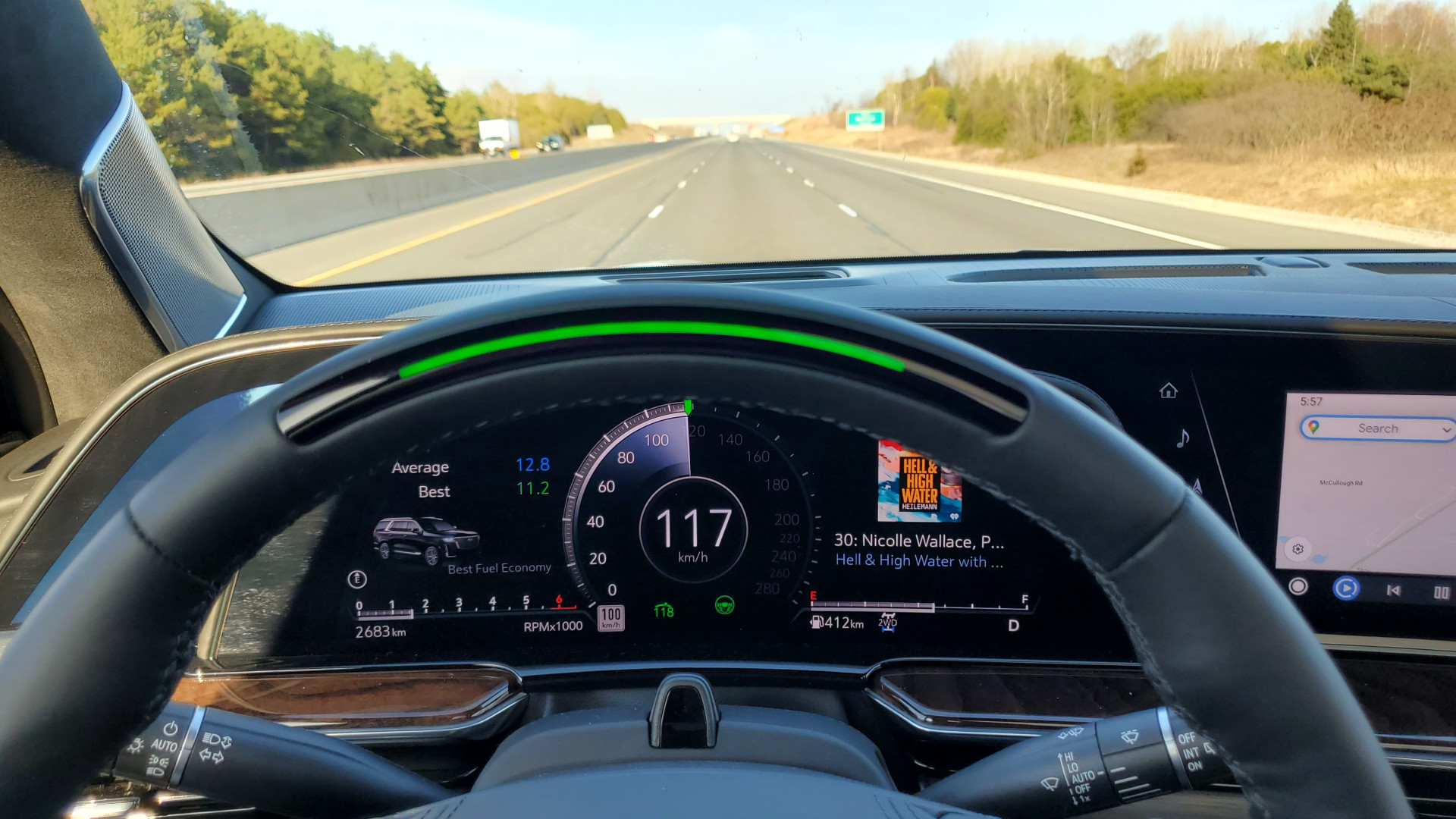 As for the latter, without getting too much into the technical weeds, LiDAR (light detection and ranging) is used for gathering precise map data. It works in conjunction with vehicle GPS, sensors and a host of front and rear-mounted cameras and radars to keep the Escalade on track.

Super Cruise is classified as Level 2 semi-autonomous system, meaning it’s a driving aid, not a self-driving automated system. It’s also not standard equipment on the ’21 Escalade but an option that costs an extra $2,875. My tester, an ESV Sport Platinum, has a base MSRP of $121,298 that rises to $134,343 before taxes.

Over the course of my test, I took the 401 east from Oshawa to Port Hope, which is approximately 100 kilometres round trip. I drove shorter distances, such as Oshawa to Bowmanville and Newcastle, on a few other occasions. I drove both during the day and at night in dry conditions.

While this section of the 401 isn’t deserted, it’s much less congested than the part that runs through Toronto, which made for a smooth and consistent experience. I maintained a steady speed and didn’t change lanes often, but with Super Cruise engaged, it only required a simple push of the turn signal stalk to do so. Riding in a vehicle that can change lanes accurately at highway speeds without driver involvement is truly something to behold.

A couple other notes to pass along before wrapping up. Firstly, close attention must be paid to the road when Super Cruise is engaged. During my test it took only seconds of inattentiveness before the system reminded me to focus on the road. GM engineers have tuned the system to a high degree of sensitivity, so if you’re going to load up a podcast or change the radio station, you’d best be quick. 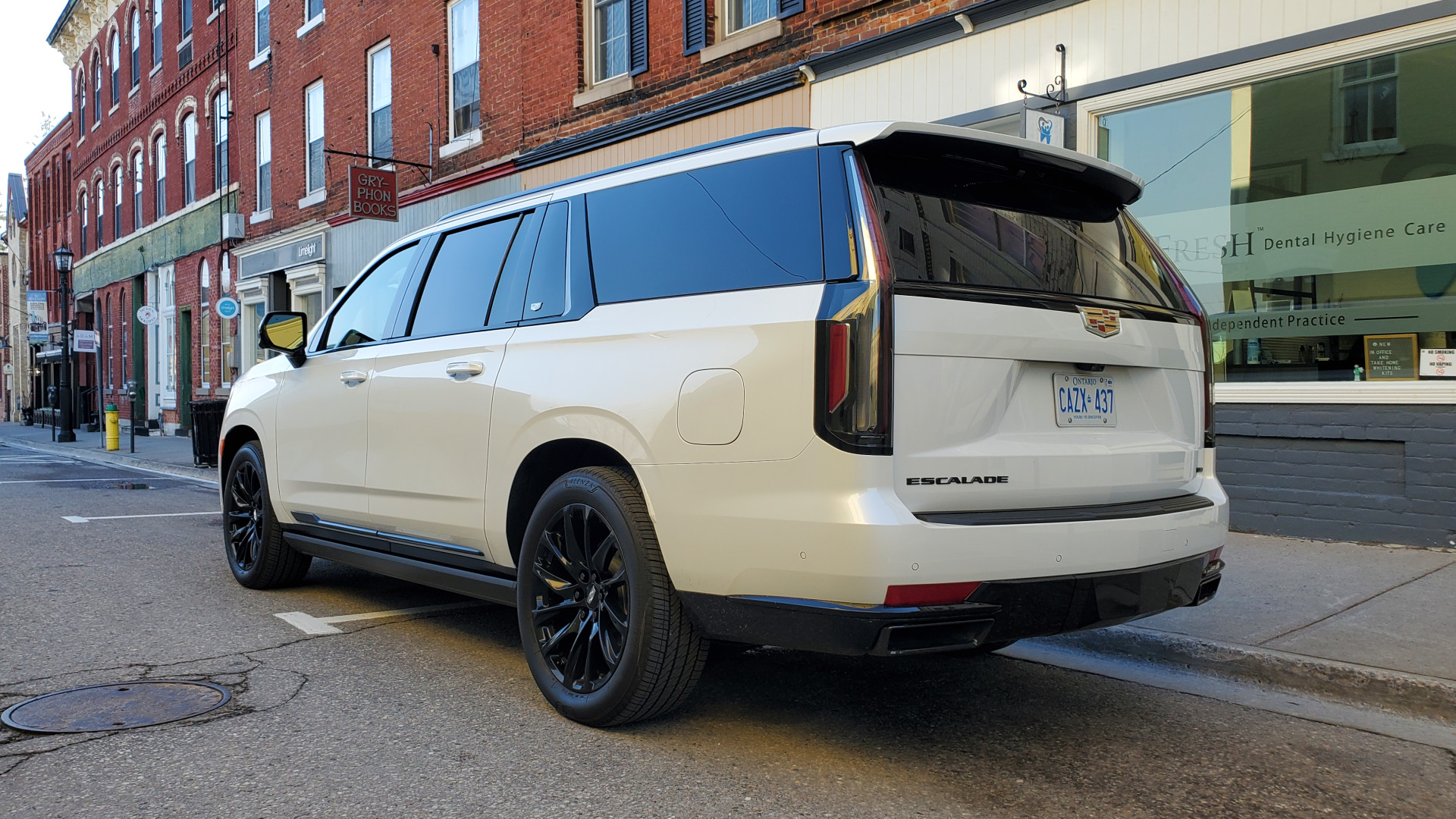 Also, the presence of new pavement and road markings don’t guarantee Super Cruise will work. For instance, there’s a stretch of 401 between Courtice and Bowmanville that was resurfaced a few years ago when Highway 418 was built. I drove on it several times during my test in the day and at night, eastbound and westbound, and the steering wheel flashed blue when I attempted to engage Super Cruise, meaning it wasn’t available. It’s not a big deal, as it’s only a few kilometres long and will likely get ironed out with software updates, but it’s something to bear in mind for newer blacktop.

In sum, Super Cruise is impressive tech, and it will be interesting to see which additional GM vehicles receive the technology over the next few years. And with Ford set to enter the hands-free driving market, others are likely to follow suit. The big questions remaining now are how many and how soon.