Buoyed by its success in Canada, online shopping service now available in the U.S.

TORONTO, ON – In the rough decade or so I’ve been writing about cars and the car industry, I’ve never been asked to sign a non-disclosure agreement, or NDA, in order to be allowed to attend and cover an event.

Sure, I’ve received new product info such as press releases and photos under embargo, but I’m usually only keeping those secrets for a short time, like a day or two or sometimes only for a few hours. And the company does this for the benefit of the media, and in turn, itself.

The rationale for doing so is if I have the information in advance, I can prepare my story sooner and it can be published immediately after the manufacturer makes its announcement thus ensuring the big news gets maximum coverage. This sort of thing happens with some regularity, and I have written stories that go live as soon as the embargo lifts.

But in all those past experiences I’ve never had to sign anything promising that I’d keep certain information private, even after the event is over.

Recently, I had such an experience when General Motors Canada invited me to attend an open house for its Cadillac Live online car shopping portal. Before the organizers could confirm my spot, they asked me to sign and return an NDA.

Because even though I would be made aware of the Cadillac Live studio location, I had to promise I won’t reveal the address in order to help ensure the safety of those working there. So, with that in mind, all I’m at liberty to say it’s situated somewhere in Toronto.

And with that out of the way, let’s focus on Cadillac Live.

Those following Wheels.ca closely will note that I’ve written about Cadillac Live before. Last March, I was invited to learn more about the program when it launched in Canada, and the reason for the studio tour was primarily to the launch of the service in the U.S.

Cadillac Live’s main selling point for consumers is convenience. Interested parties can log in to cadillaccanada.ca (or cadillac.com from the U.S.) on their device of choice to receive an in-depth look at various Cadillac models from trained agents at the Live studio. Users also have the option of viewing previously recorded sessions or booking an appointment for a later time.

After nearly a year being refined in Canada, the program has been expanded to the vast U.S. market where, according to GM research data, 95 percent of new car buyers use digital resources during their car shopping experience.

The same research also reveals twice as many shoppers begin researching a vehicle online instead of a dealership, and they find video most compelling, a factor that aligns well with Cadillac Live where agents use one-way high-definition cameras while performing their product walkarounds. 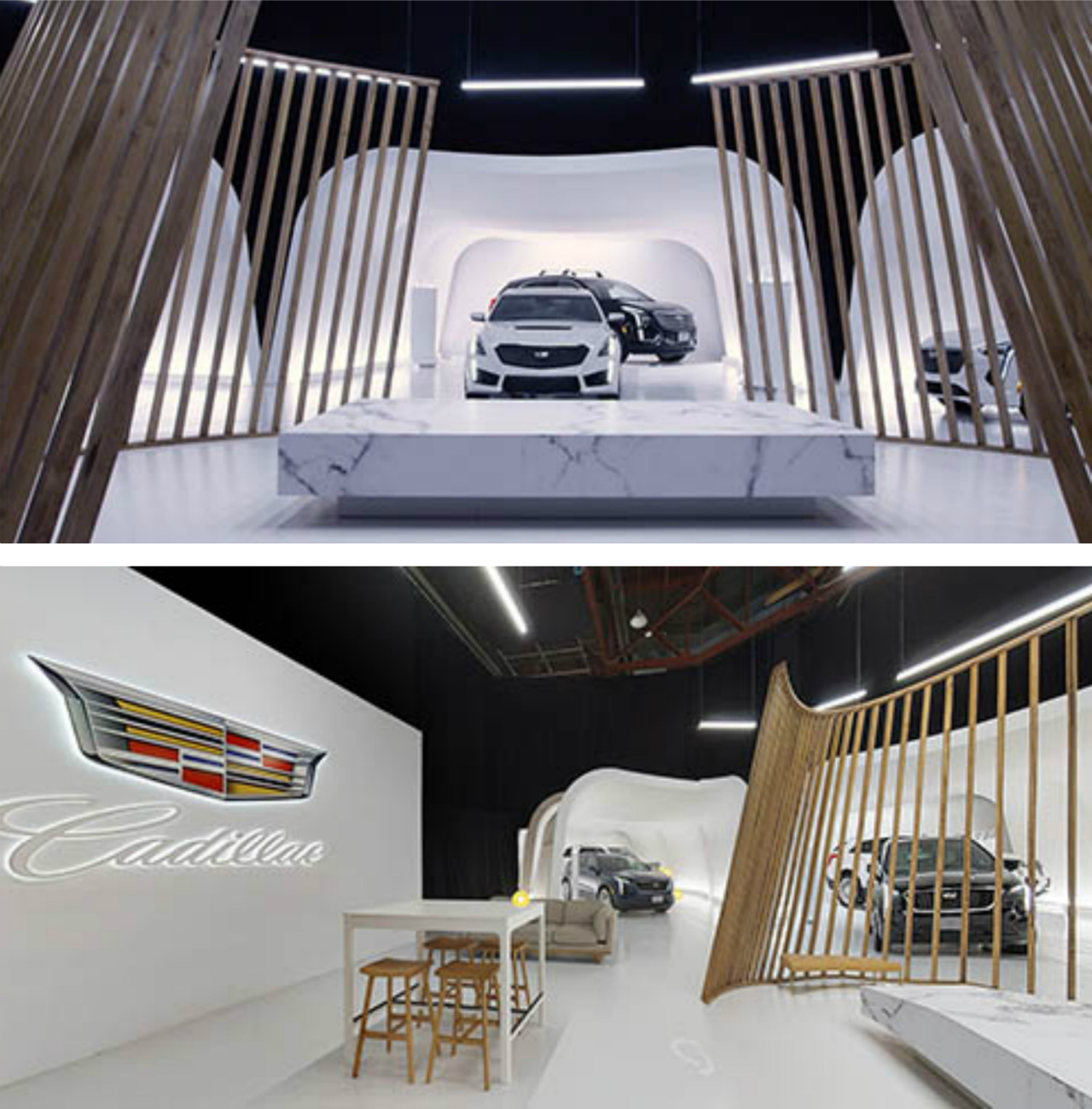 As it is with all sales and marketing initiatives, the goal is to sell more cars, and based on my conversation with James Nava, marketing and communications manager for Cadillac Canada, Cadillac Live appears to be doing just that.

Apart from strong lead generation and conversion rate, Cadillac’s U.S. operations were impressed by the good word of mouth Cadillac Live has received.

As for Cadillac dealers, Nava said they like the program’s innovation and the fact that it’s delivering more good leads to them at a time when dealerships across North America are experiencing less traffic. On top of that, Cadillac Live delivers other benefits that will help their businesses in the longer term.

“They like the innovation aspect of it, but they also like the fact that we’ve invested in training the live agents and they can now use [them] as a resource for training. We have a number of dealers that will call in for a Monday morning meeting, for example, and [live agents] will help train the sales staff at the dealership,” he said.

“We’ve also had a number of dealers use it for reveal events. For example, when the CT5 (mid-size sedan) first arrived in Canada we would bring it to various dealerships, [but] we only had one CT4 [compact sedan] in Canada and it’s that one right there,” Nava said, gesturing to the one sitting near us in the Live studio.

“The CT4 won’t land in dealerships until March or April and here they are in October and November the year prior talking to customers about a future product coming up and [customers] being able to do a walkaround.”

I said last spring when Cadillac Live launched in Canada that one of its advantages would be its first mover status, given that if it was successful others in the luxury space would surely follow. It hasn’t happened yet, but it’s only a matter of time given the rise of digital shopping habits and the success of the Live program.

In premium car segments, it’s vital to find ways to stand out and Cadillac Live accomplishes that key objective and reaches potential customers in a manner that suits their hectic lives.

And using the gleaming white studio and its highly trained, friendly and personable staff for other purposes such as dealer sales training and product reveals for interested parties is just smart business, plain and simple.

The imitators surely can’t be far behind now.