It has a Qualifying Mode and that should tell you all you need to know about this latest Porsche Cup concept.

MUNICH, GERMANY– At the IAA show in Munich this week, Porsche revealed an electric sports car concept. Two newly-developed motors are designed to give this race car up to 1,073 hp if you’ve got it set in qualifying mode. And if you’re wondering what the intention of this car is, the fact that it has a Qualifying Mode should tell you all you need to know about the Porsche Mission R.

“Porsche is the brand for people who fulfil their dreams. This is also true in motorsports. We experience our innovative strength on the race track, demonstrate courage in pursuing new avenues and delight car owners with sporting performance,” said Chair Oliver Blume.”

Porsche says it has delivered more than 4,400 Cup cars since the factory racer was first launched 31 years ago. They’re bringing this up because this car is an electric Cup car, or at least that’s the intent. A one-car series is possible using the Porsche Mission R, says the automaker.

All that power means a top speed higher than 300 km/h and 0-100 km/h in under 2.5 seconds. More importantly, it can lap a circuit as quickly as the 911 GT3 Cup, showing just how much Porsche has put into the model. 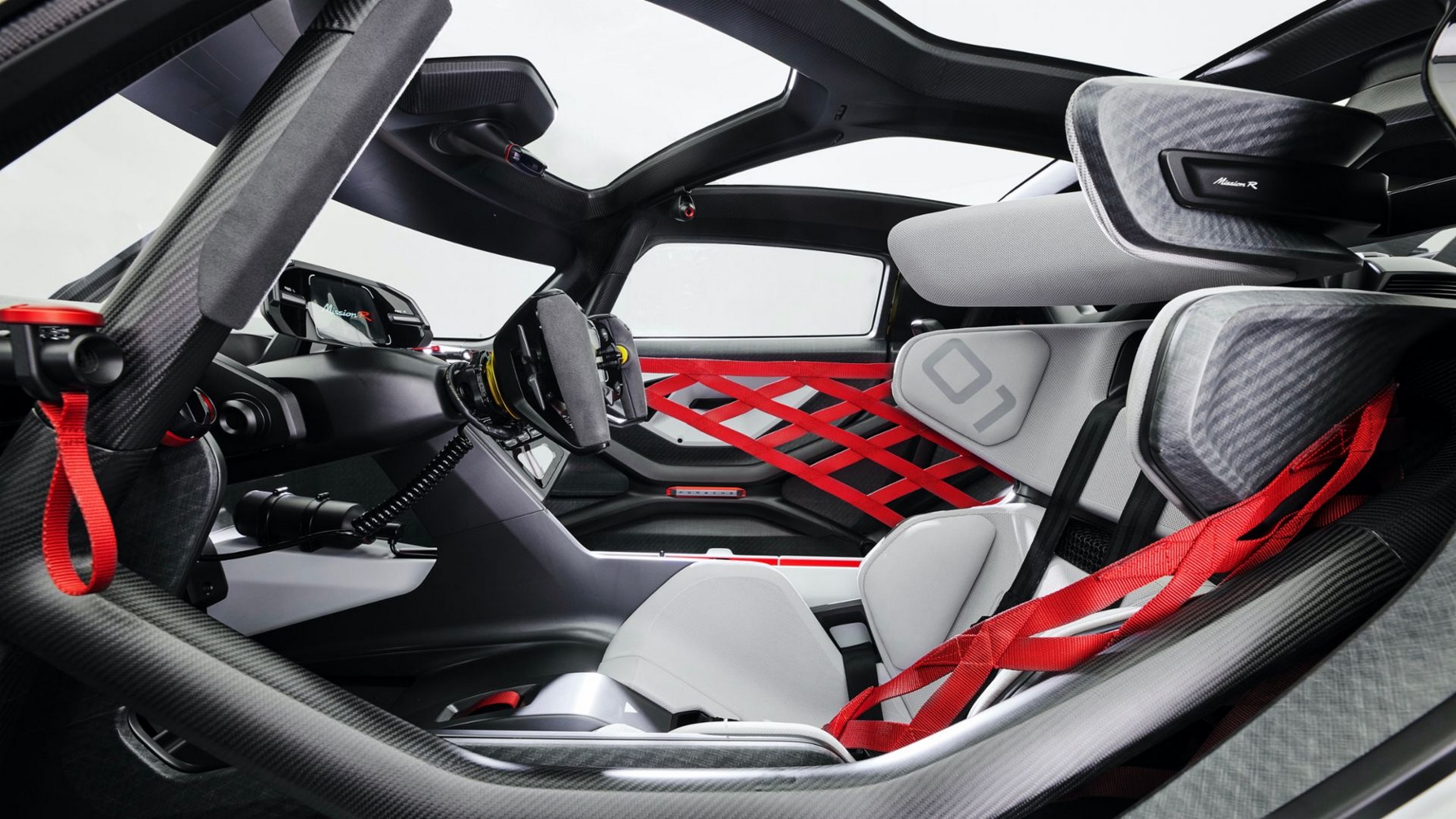 While the banner power figure is in that special mode, steady-state power is 671 hp. Porsche says that new 900V technology combined with serious thermal management has eliminated overheating power derates common to the quickest EVs. It also allows charging at up to 340 kW, enough to go from 5 to 80 percent in 15 minutes.

The body of the car itself is made from natural fibre reinforced plastic. It uses flax instead of glass or carbon fibre, and is much more sustainable. Inside, this is all Porsche racer, with safety nets and a racing seat. A monitor shows the rear view and the car can show driver biometric data to track performance from the nut behind the wheel.

Compared with the 718, the Mission R is slightly shorter in length but much lower to the ground and much wider. Could it make production? It sounds like yes. Could it make the street? Maybe not, but we expect much of the work will trickle down and end up in an electric version of Porsche’s smallest model. 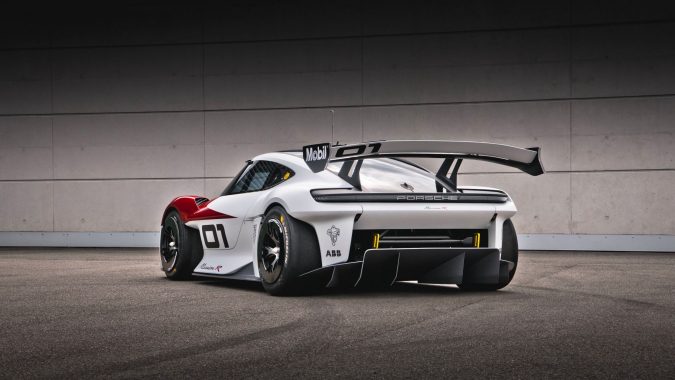 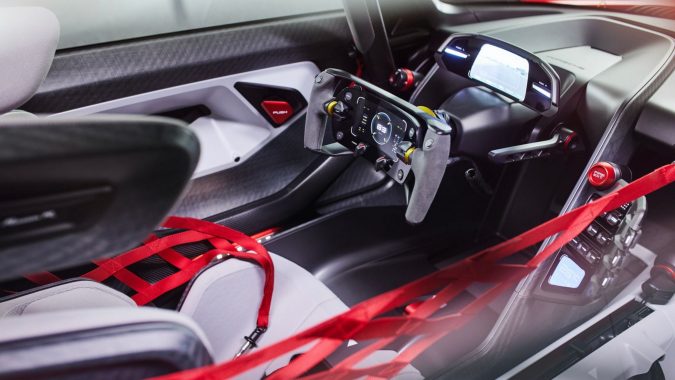