The Polestar Precept is a Stunning All-electric Grand Touring Sedan

The concept to be unveiled in Geneva is Polestar’s future vision.

Join the Conversation (0)
Polestar, the electric performance car brand jointly owned by Volvo Car Group and Zhejiang Geely, has introduced a concept car called the Precept. Its marketing department has dubbed the car “a vision of the brand’s future direction and a clear expression of intent.” We simply call it a stylish four-door all-electric sedan that could take on the Tesla Model S and Porsche Taycan.

“Precept is a declaration, a vision of what Polestar stands for and what makes the brand relevant,” comments Thomas Ingenlath, CEO of Polestar. In other words, while this car might not appear on public roads exactly as it is shown here on these digital pages, it is a grand statement of company intent.

In addition to placing all four wheels squarely in the part of the Venn diagram where good style and EV propulsion overlap, Polestar has taken great pains to promote the green and sustainable initiatives that are part of the Precept’s DNA. Seat surfaces are 3D-knitted from recycled PET bottles, for example, while bolsters and headrests are made from recycled cork vinyl. That snazzy carpet is actually made from reclaimed fishing nets, though we sincerely hope they washed them first.

Elsewhere in the interior, an Android-driven interface makes the most of Polestar’s relationship with Google, deploying a portrait-oriented 15-inch centre touch screen to complement a 12.5-inch display ahead of the driver. In a bit of Star Trek theatre, the unique Polestar emblem floats holographically inside a solid piece of Swedish crystal between the rear seat headrests. 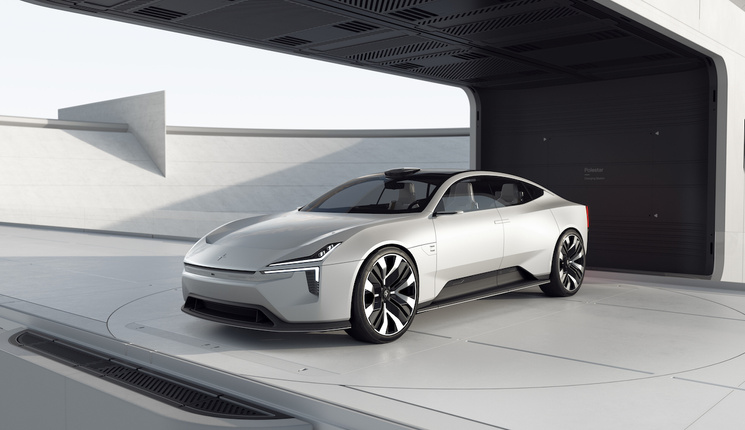 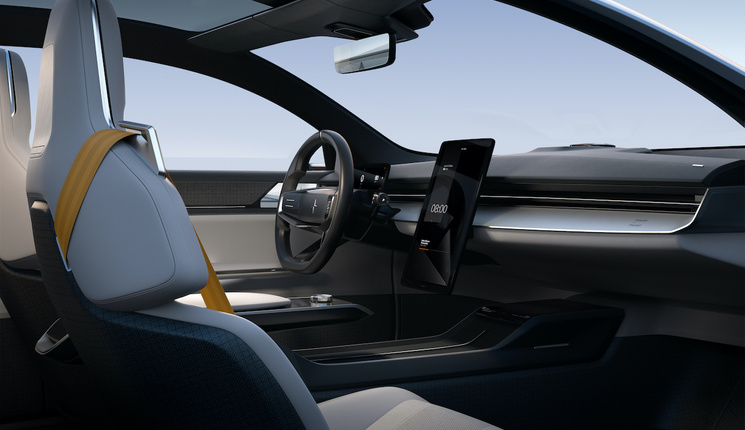 Little is said about the Precept’s propulsion system, other than to say it is fully electric. The company does specify its wheelbase at 3100mm, an even 200mm longer than the Tesla Model S. This should translate into more room for batteries and humans, meaning the Precept could possibly challenge the big Tesla sedan in terms of range. With a long wheelbase and cadre of batteries slung down low, the Precept would likely make for an entertaining handler as well.

Since an EV has no technical need for a grille, Polestar has packed that frontal area with safety sensors and driver assistance functions. Called the, erm, SmartZone, this kit is purposefully gathered behind a transparent panel and includes two radar sensors plus a high definition camera. That wart on the roof is a LIDAR pod, said to be placed there for “optimal visibility”. Alrighty, then.

Polestar Precept will make its debut at this year’s auto show in Geneva, scheduled to run between March 5th and 15th.