The New 911 Finally Gets the Stick Shift it Deserves

It's also going to come with the Sport Chrono Package as standard.

When the new-generation of Porsche’s 911 sports car debuted this time last year, it was an impressive achievement. But for many performance enthusiasts, the 992 model was one pedal short. For those buyers, the extra pedal is here. Porsche has just announced the manual transmission for the new 911.

It’s a seven-speed stick, and it’s coming to the 2020 911 Carrera S and 4S to start, available on both coupe and convertible versions of the car.

Porsche’s offering more than just the different transmission to make this 911 more involving, it’s also going to come with the Sport Chrono Package as standard. That’s Porsche’s pack that adds a mode switch to the steering wheel and lets you pick from Normal, Sport, Sport Plus, and Individual without removing your hands from the wheel. That tweaks the engine response and on the manual 911 adds dynamic drivetrain mounts, PSM Sport Mode, and rev-matching for the seven-speed to make everyone look like an expert. On the PDK-equipped 911, it only comes in an option pack along with the Porsche Active Suspension Management system and the Sport Exhaust, but manual 911 buyers get it by default. Uniquely for the Porsche options list, the manual gearbox will be a no-charge option, meaning manual car buyers will get the Sport Chrono pack for thousands less than PDK buyers. That’s in the US, at least, we’re waiting to confirm the same from Porsche Canada.

There’s also a different limited slip diff in the back. While the automatic 911 gets a fully-variable electronically controlled LSD, the stick comes with a conventional mechanical limited-slip diff, though it does have Porsche Torque Vectoring to transfer power to the wheel where it will do the most good. 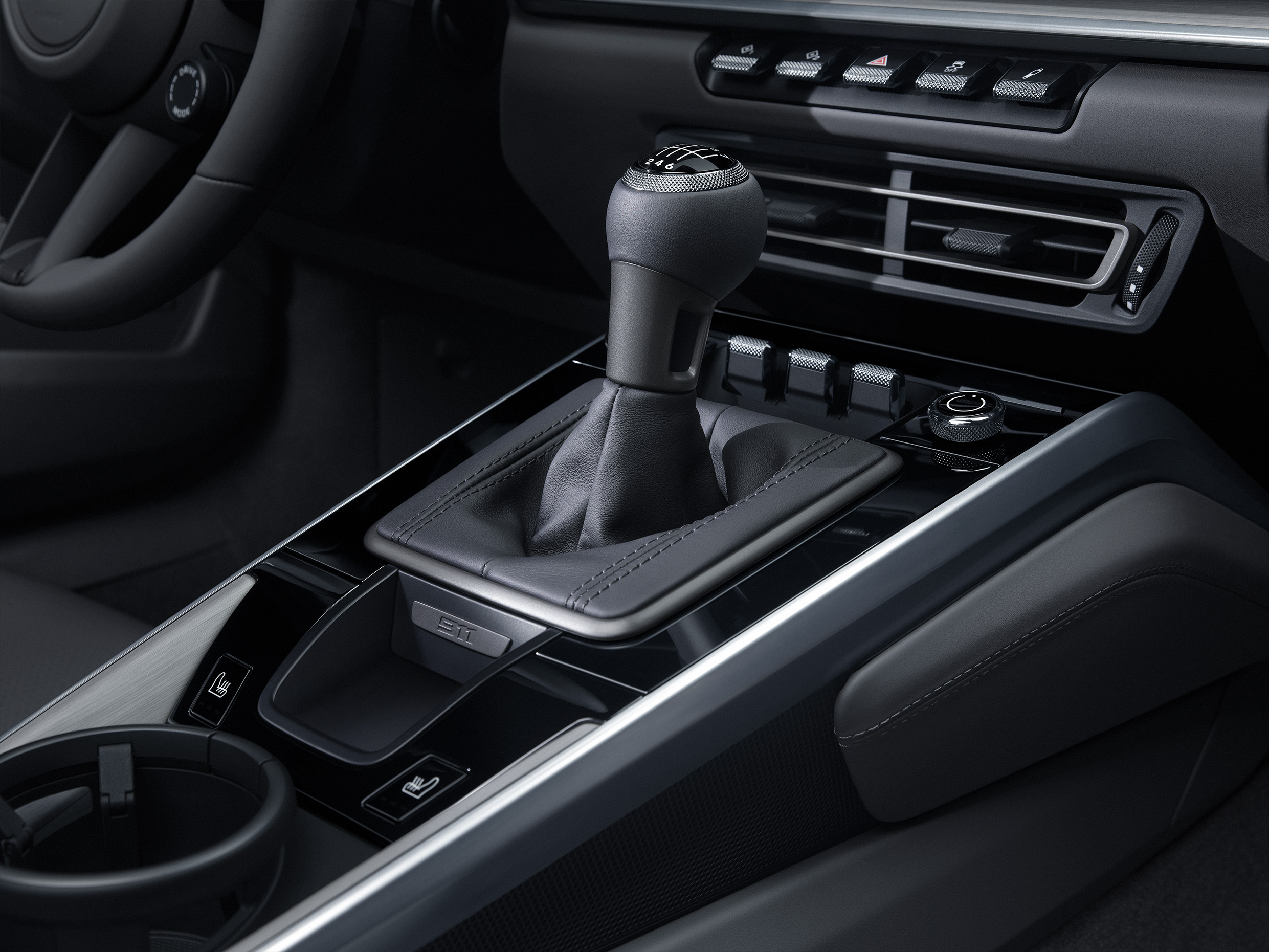 Porsche calls it “a particularly engaging driving experience,” though it will be a touch slower than the PDK cars. Expect 0-100 km/h in about four seconds, as compared with the mid threes of the PDK. Still impressive performance for the 3.0L turbo flat-six that delivers 444 hp and 391 lb-ft of torque. There’s some weight savings to go with the manual gearbox, about 35 kg for a car that now tips the scales at a hair under 1,500 kg in Carrera S form.

Expect the order books to open soon (they already are in the US), and for manual-equipped cars to begin to arrive at dealers sometime in the first half of next year.