Join the Conversation (0)
The latest Mercedes-AMG S-Class is a plug-in hybrid beast. It's the most powerful AMG S ever built, with the crew at Affalterbach taking the 4.0L twin-turbo V8 and boosting it with an electric motor to make 791 hp.

It's called the Mercedes-AMG S 63 E Performance, and it is the latest in a line of AMG big sedans that goes back more than 50 years. Tracing to a Mercedes-Benz 300 SEL packed with a 6.8L V8 and sent to race tracks around the world. 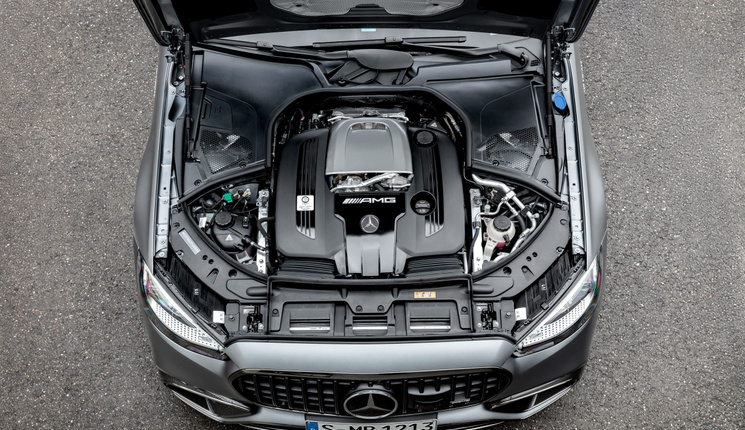 AMG's hand-built 4.0L twin-turbo V8 lives under the long hood. Though the engine has been tweaked compared with the last AMG S 63, it still makes the same 603 hp and 664 lb-ft of torque.

Instead of more displacement or added boost, an electric motor mounted to the rear delivers the extra output. The motor is mounted to the rear axle through a two-speed transmission and that transmission shows you how serious Mercedes-AMG is about this being a performance car. How? Because it doesn't shift into second until around 140 km/h, Merc says. Serious speed.

The electric motor adds 188 hp and 236 lb-ft, and because it's mounted to the axle and not in front of the nine-speed transmission it can add its maximum torque at all times. It's not throttled back to keep the gearbox intact. Even cooler, despite the motor being mounted to the axle, the car can still send motor power to the front wheels through the AWD system. So it can have AWD even in EV mode. 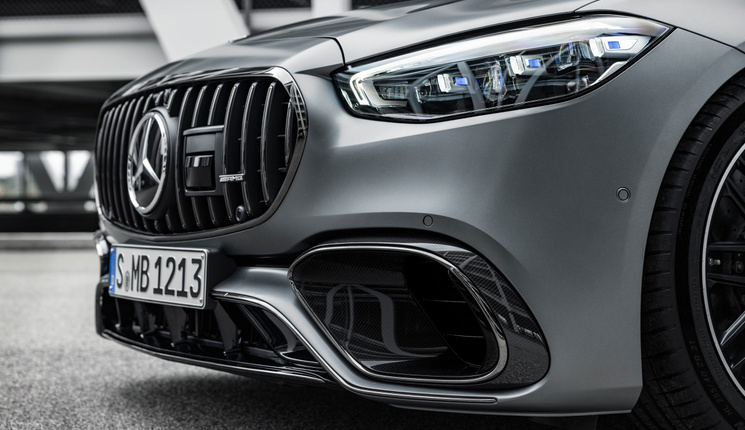 The car uses the latest AMG High Performance Battery. Developed in collaboration with the Mercedes-AMG F1 team, the pack is designed to be able to put out its peak output over and over again. Water cooling helps keep the pack in a window at around 45 degrees at all times, and this lets AMG extract maximum output at all times. The new pack has an electrical capacity of 13.1 kWh, up from 6.1 of the previous HPB system.

Visual changes to the Mercedes-AMG S 63 E Performance start with the AMG vertical bar grille. It's the first time the Panamericana-style grille has been used on an S-Class. The traditional hood-mount Merc star is gone too, replaced by a black and chrome AMG badge. 21-inch AMG wheels and AMG side skirts give the car some more visual pop but are still S-Class understated.

AMG's Ride Control+ air suspension system is standard. The latest version has two control valves per air strut, letting the system adjust compression and rebound independently for better ride and handling potential. The gap between soft and firm is wider, too, which should enhance both modes. Active Roll Stabilization is also part of the package, with adjustable anti-roll bars that can disconnect for straight-line comfort and torque can be added to the bars to flatten-out corners.

Big AMG brakes are designed to help the hefty sedan fight fade in repeated use. A carbon ceramic system is also on the options list. 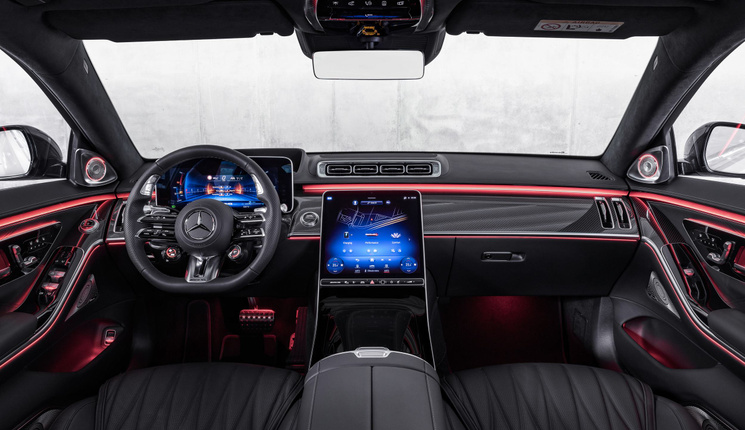 The cabin gets AMG-specific upholstery and accent stitching. There are AMG-designed gauge cluster options available too for the MBUX infotainment system's large screen. An AMG steering wheel with a twin-spoke design gives the driver access to the various drive and suspension modes with on-wheel displays.

There's no word from Mercedes-Benz on when the AMG S 63 E Performance might hit dealers, but we'd expect it sometime early next year. Likewise on the price, but since the last AMG S 63 started at around $170,000, the faster new model will likely be more.