The growing popularity of car wrapping

Cost, time, paint preservation and a love of frequent customization are driving the trend

Wrapping is essentially the process of using advanced adhesives to apply vinyl material around the entirety of your car’s exterior. The result? You can change your car’s appearance relatively quickly, and usually for a fraction of the price it would cost to paint it.

So, it’s perhaps not surprising that the practice has seen an explosion in popularity.

Tiago Vieira is the owner and operator of Concept Wraps in Mississauga. Located off an industrial road, the small shop is where Vieira and his wife work together to wrap just about anything that comes through its doors.

Although “anything” usually means high-end exotic vehicles. Vieira’s portfolio is full of wrap jobs for Ferraris, Lamborghinis, McLarens and Porches. When I showed up at the shop to interview him, Vieira was just in the process of returning a freshly wrapped 2006 Aston Martin DB9 convertible to a customer. “Just wanted to freshen it up a bit,” the customer said about his newly wrap car.

Vieira started doing commercial wraps 18 years ago, but now says he only wants to customize high-end cars. With such an explosion in business, he can afford to be picky. “We’re actually declining customers at the moment,” said Vieira, who adds he recently began searching for a bigger shop so he can handle the demand.

Vieira’s biggest wrappers? Tesla owners. “You only have maybe four or five (factory) colours to choose from,” said Vieira. “So, the Tesla owners talk to each other and eventually decide that wrapping is the only way to make them unique.” Another reason is that Tesla owners seem to prefer protecting the paint on their car. Of course, this desire for preservation extends well beyond Tesla owners.

Nick Maroulis, the president and owner of BMWTrueNorth — Canada’s largest BMW club — has had his vehicle wrapped no less than three times. “The E92 M3, while not the newest BMW (model), is becoming more and more desirable to collectors,” Maroulis said. “Keeping the original paint is important. My car has been wrapped in several colours over the years and the paint underneath looks immaculate to this day.” 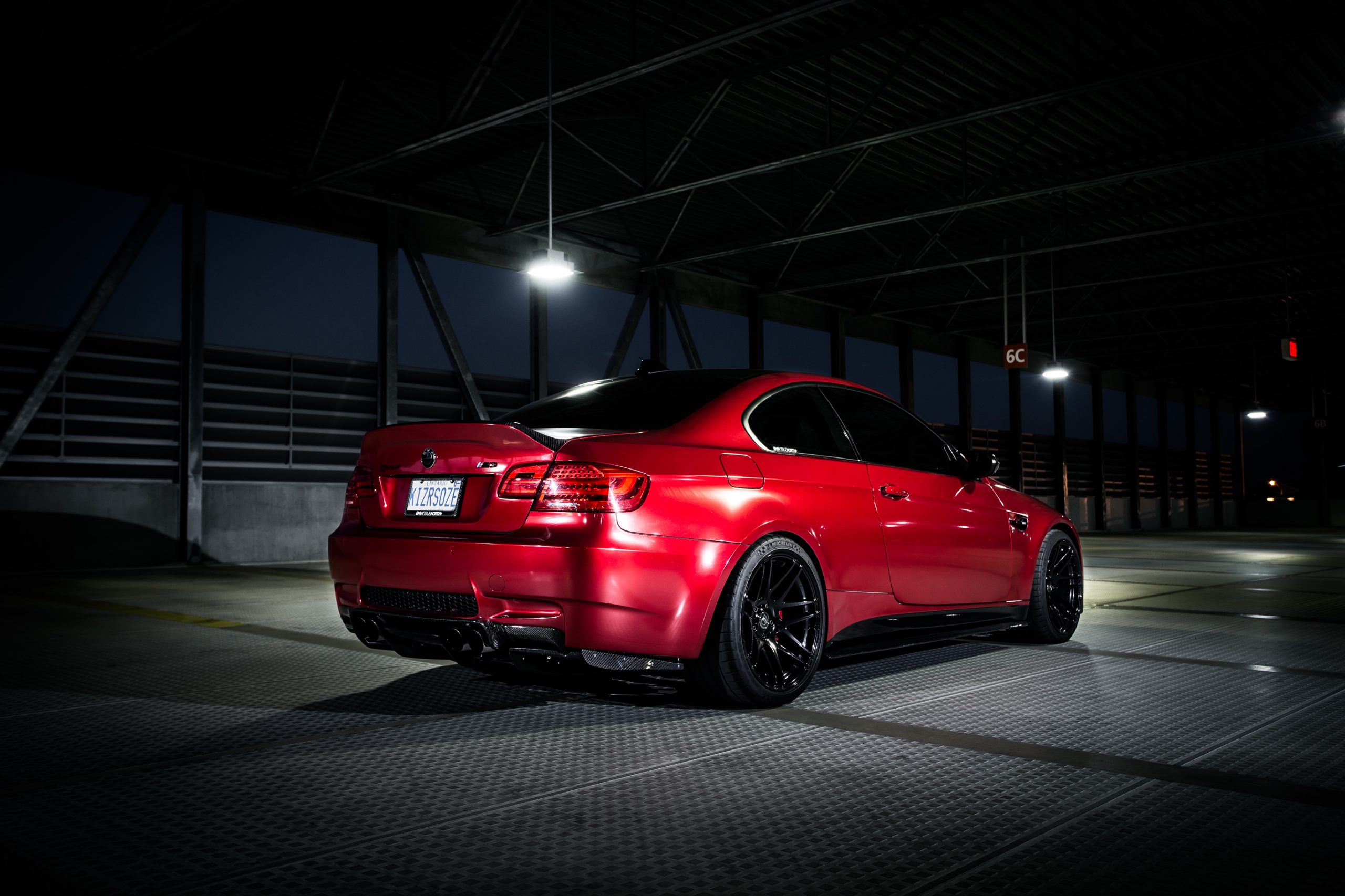 To wrap a car in vinyl, Vieira starts by using a rendering program to apply a custom design to a 3D model of the vehicle. From there, he said, some cars can be done relatively quickly, even within a day or two. However, cars with a more complicated exterior may require a week or longer to allow for proper disassembly to apply the vinyl and then have it reassembled.

You can only stretch a single piece of vinyl material so far and in so many directions, so there are limitations to what’s possible. Because of this, the difference in labour times and quality of materials (not all vinyl is created equal) costs can range from $3,000 to more than $5,000.

While it may not be as involved as paint or bodywork, wrapping still requires some skill and is not something you would want to cut corners on or do yourself. Vieira said that he gets numerous requests each week to help fix bad wraps — sometimes DIY jobs but sometimes work done at other shops. He’s happy to lend a hand as one bad wrap is a good way to give all wraps a bad wrap. 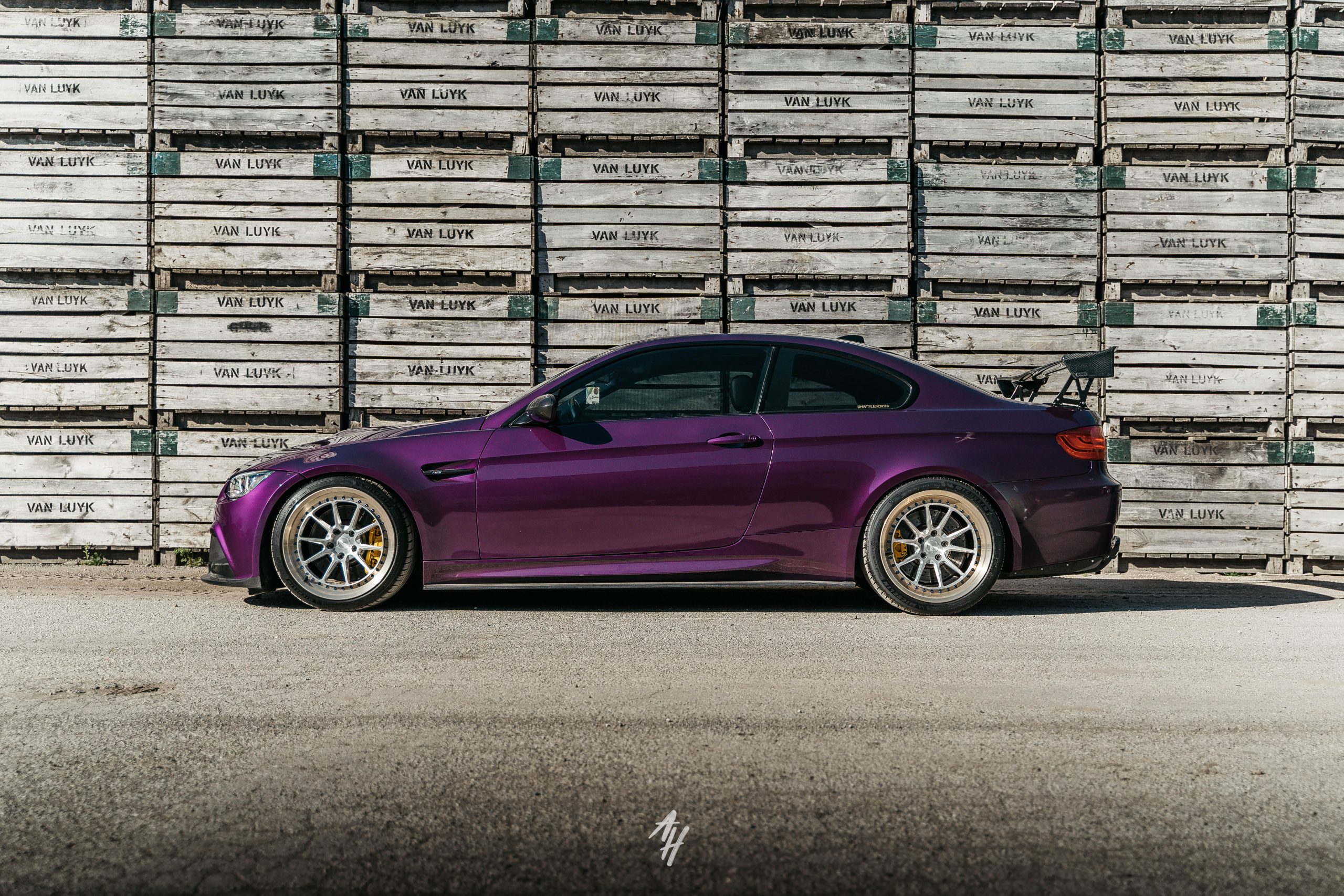 “If all we do is make fun of each other, then we’re stupid,” said Vieira. “The only way that we can grow is to make sure that everyone is growing and getting better.”

While it seems counterintuitive to help your competition, Vieira’s philosophy of focusing on a quality job above all else seems to be working for him. “About 50 per cent of our business is returning customers and referrals,” he said.

And that’s the beauty of wraps and why they are growing in popularity. You can change your car’s appearance every year if you want and your budget allows. It limits buyer’s remorse while encouraging experimentation. 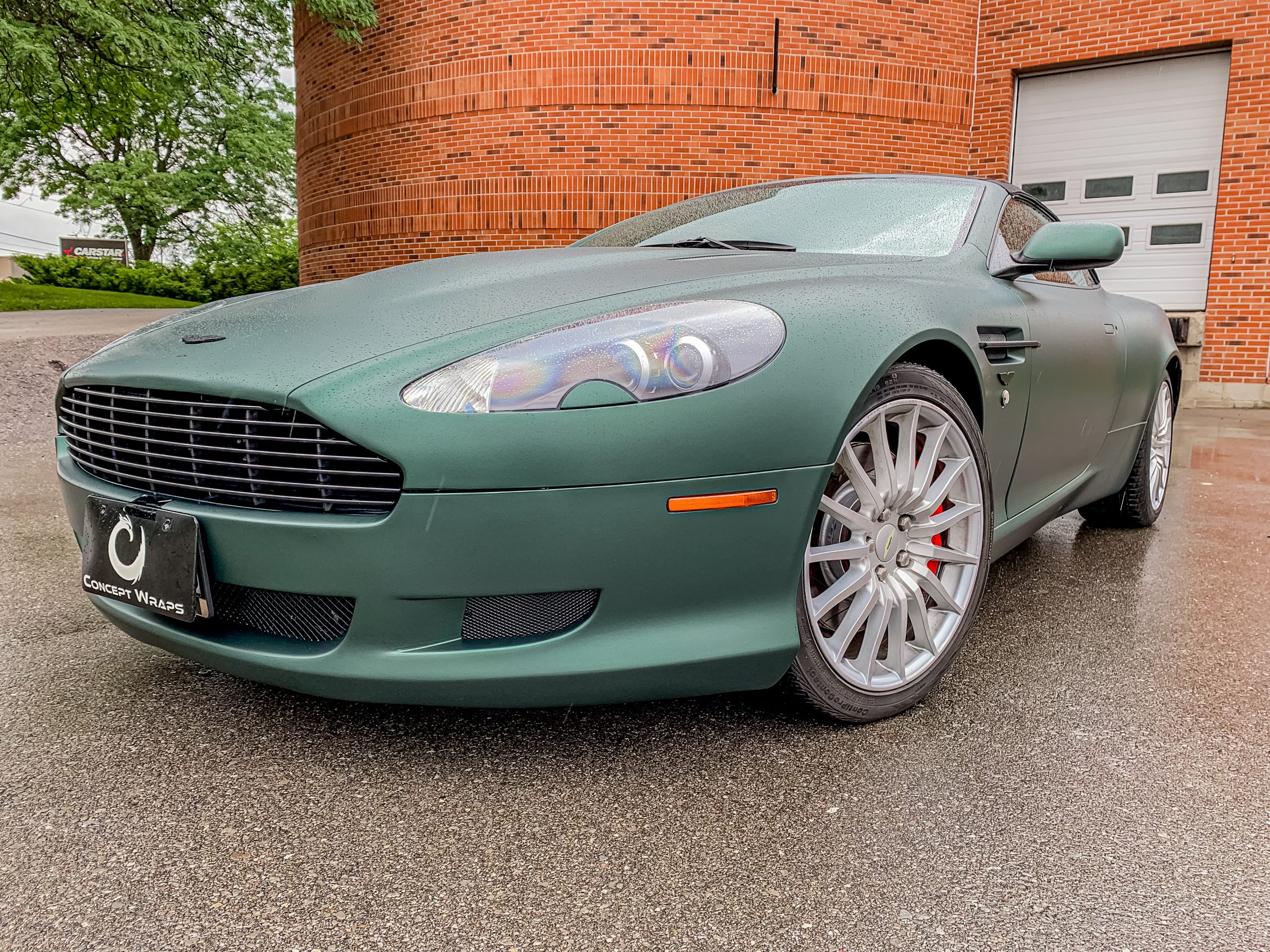 “Wrapping the car gives the owner the opportunity to have some fun and experiment with colours that you don’t usually see,” said Maroulis. “If you want to try a colour that you aren’t sure you want for the duration of time that you own the car, wrapping the car is a great option. If you don’t like it, you can just peel it off and try something else.”