PUEBLA, MEXICO—I only need one car factory visit per year to remind myself that I am on the right side of the car business. 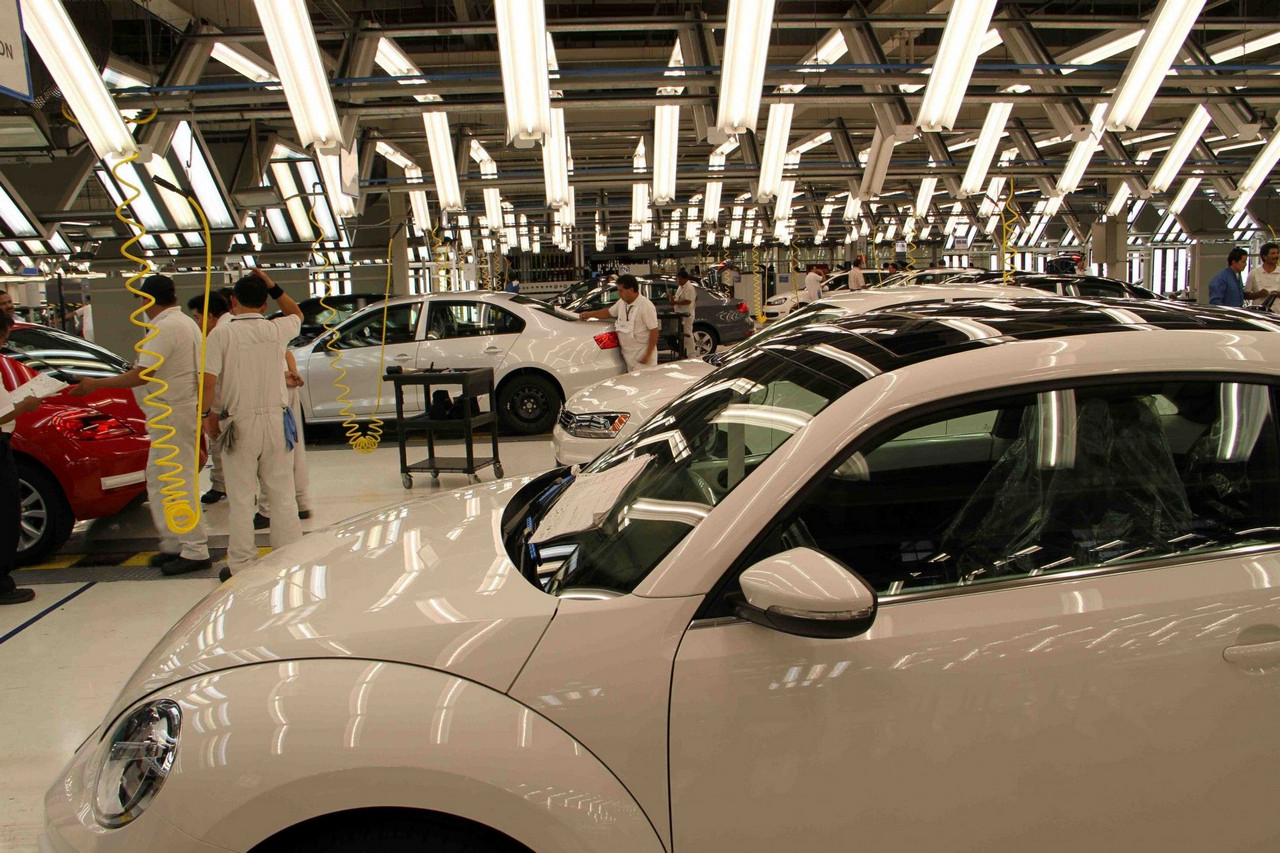 Since it is a round badge, there is no immediately obvious reference point to indicate you’ve got it on straight. There were supposed to be some sort of dimples to provide a locating reference point which would make the badge align itself; not that I could notice.

With a partner — one of the real assemblers — we had to grab the plastic part that goes across the front of the car to hide the crash-resistant bumper. These pieces are stacked in sequence by the colour of the cars coming down the line. Then we’d plug in the cables for the front fog lamps and turn signal lights, and snap the piece into place.

These men and women do this every day. VW’s internal quality audits indicate that the Mexico workforce ranks right up there with any in the massive VW worldwide complex.

My hard hat’s off to them.

The first one I jumped into was a Kubelwagen, VW’s ancient Jeeplike creature that was a transportation mainstay for lower-level German officers in the Second World War. 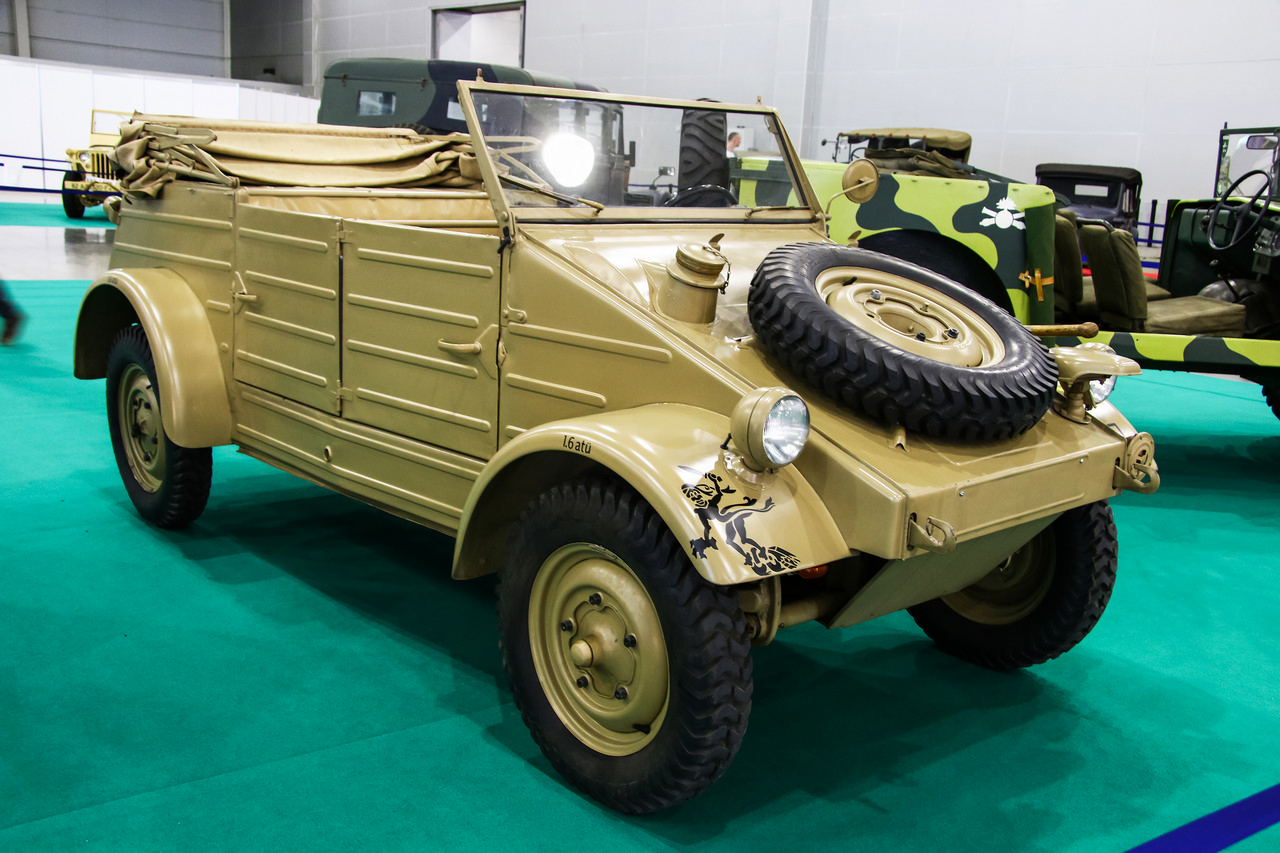 The car was sold in North America as “The Thing,” presumably because the marketing people couldn’t think of anything better.

This example was a bit tired. Because the weather was so nice, I tried to lower the roof, which was a tangle of canvas and steel pipes. Despite the assistance of Stephanie Palma, one of VW’s translators who was riding shotgun with me, we couldn’t figure it out.

Trying to refit it, we couldn’t get the right windshield clasp to close properly either. With the 30 km/h speed limit around the factory, we figured we and the roof would survive …

Next up was the second-last “old” Beetle ever built, back on July 31, 2003 (the last one is in VW’s museum in Wolfsburg). It has all of 82 km on it, and has the same precise clutch action, steering feel and exhaust note as the Kubelwagen. 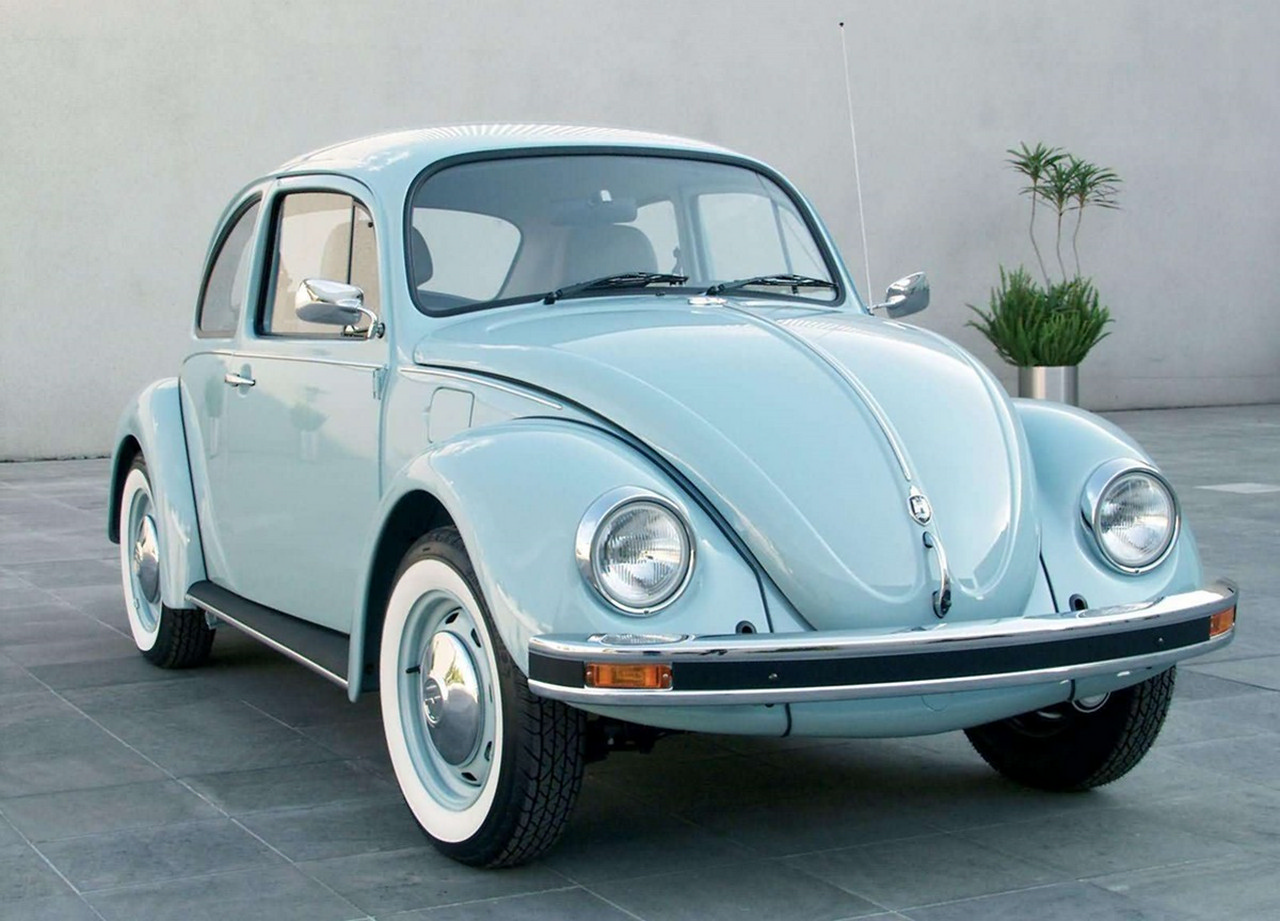 Somehow, I don’t expect a cadre of auto writers to have a similar party when the Tiguan is discontinued. 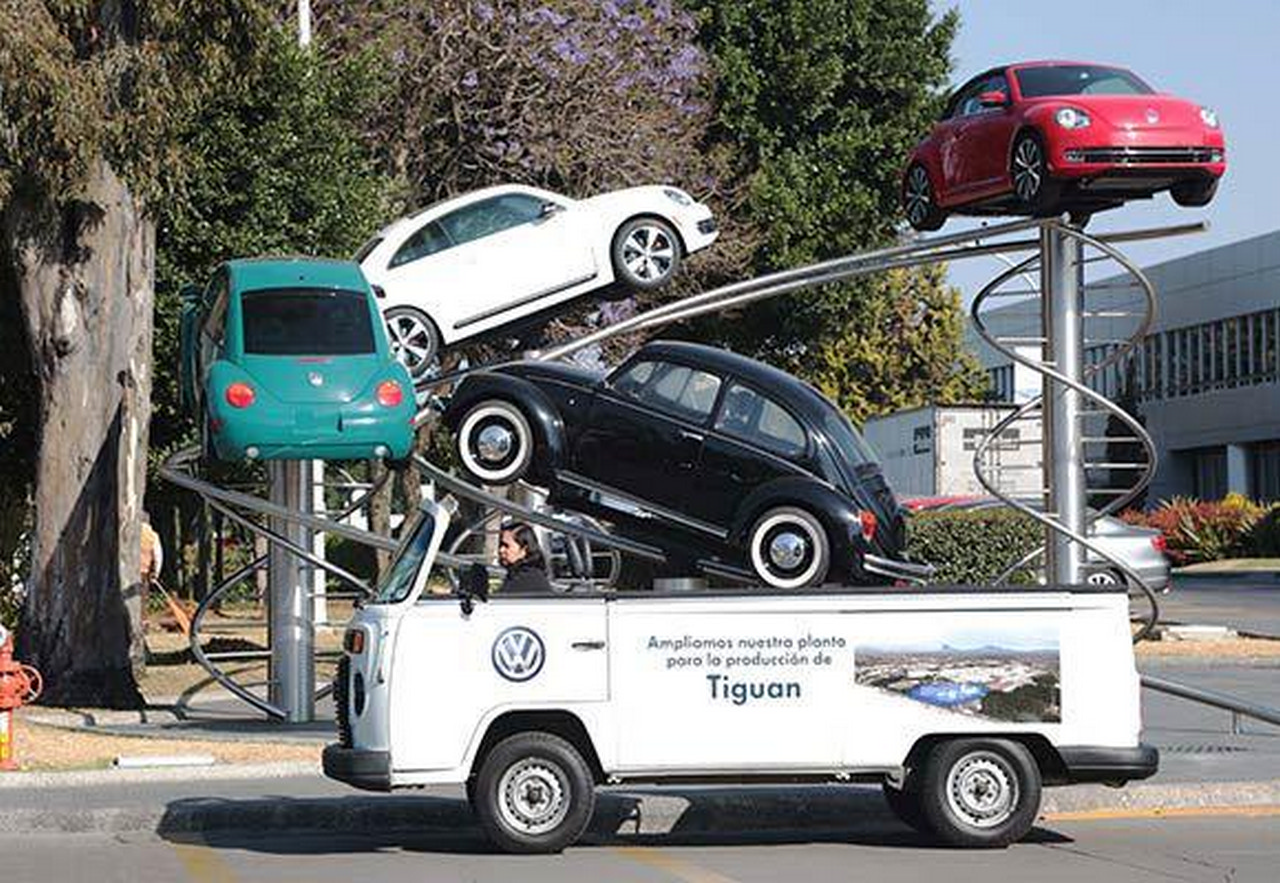