The Concept 4 is the Face of the New 4 Series. And There's a Lot of Face Here

BMW Design is firmly in favour of the new look.

The all-new BMW 3 Series sedan made its debut nearly a year ago, now the all-new coupe that goes along with it is also being revealed. Sort of. BMW calls this one the Concept 4. It’s a look at what the new 4 Series will be. And if you were expecting a two-door 3 Series copy, then you were off by a nose. And a whole lot more.

It’s hard to see past the gaping kidney grilles of the Concept 4, revealed today in Frankfurt. They’re massive. While they’re probably not actually larger than the ones in the new X7 crossover, they certainly give off that appearance. And putting them next to razor-thin pulled-taught headlights only serves to exaggerate the effect.

While it might be polarizing, BMW Design is firmly in favour of the new look. Then again, it is their creation, after all. “The BMW Concept 4 presents a confident and classy take on this iconic feature. At the same time, the BMW Concept 4 offers a look ahead to the expressive face of the 4 Series range,” said design boss Domagoj Dukec. There are also neat details when you look more closely. Things like the grating inside the grilles that is an array of small number 4s joined together.

From the side, the design combines the classic BMW Hofmeister Kink and sharply cut flanks that look much like those of the Z4 roadster. But the overall roofline and bulging rear arch seems more Audi A5 than BMW coupe. 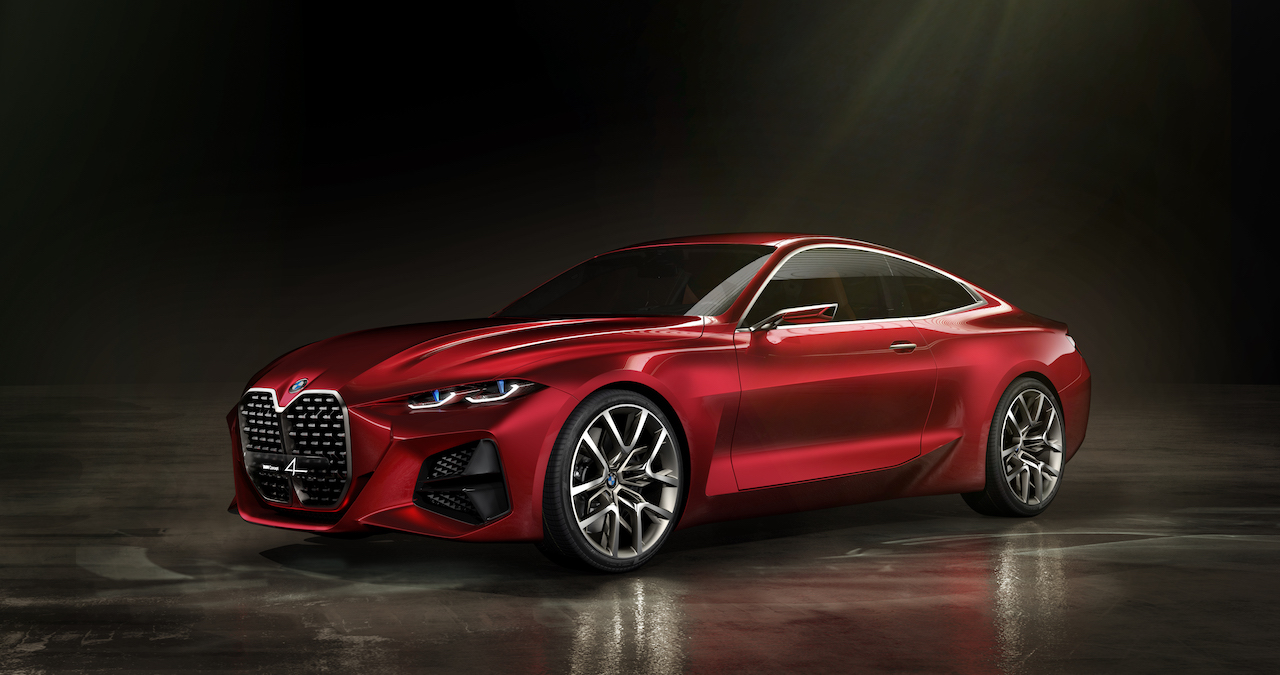 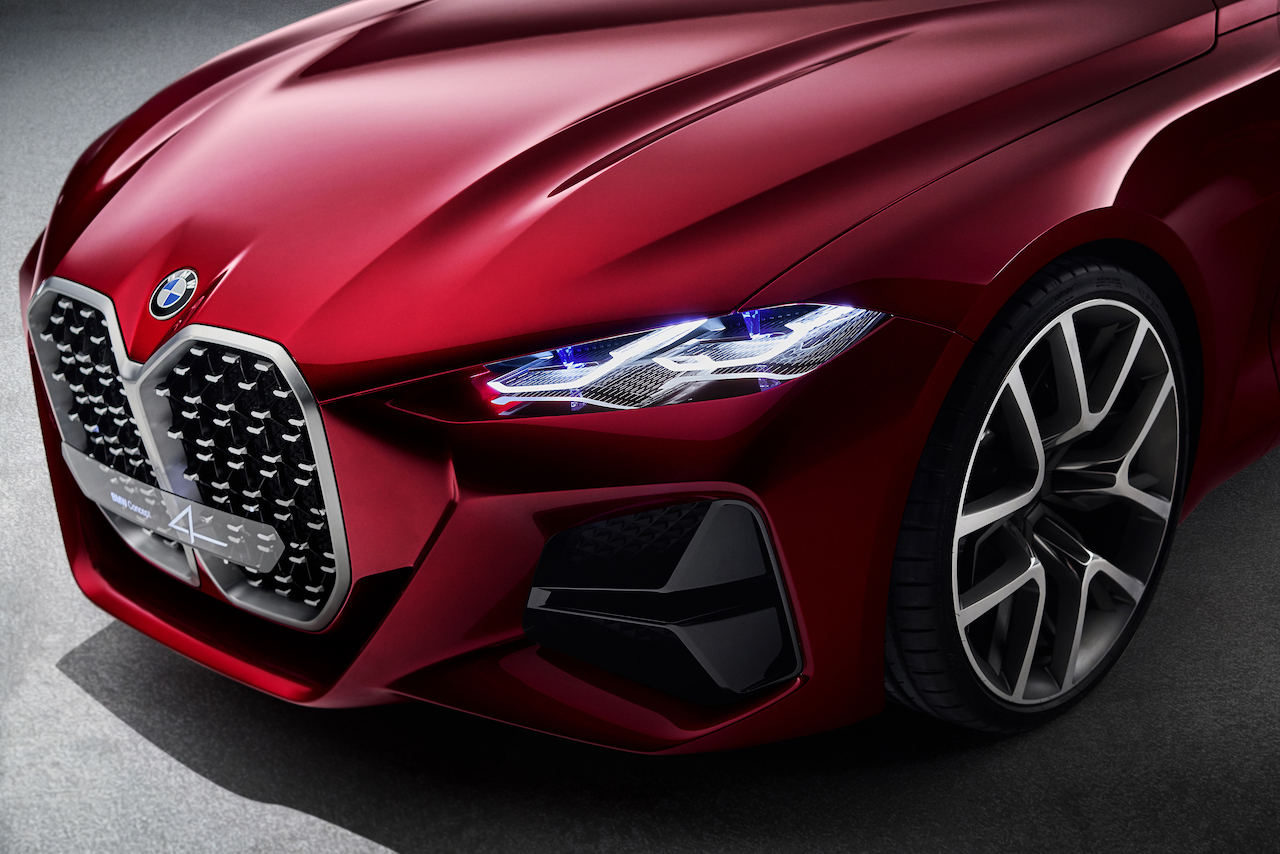 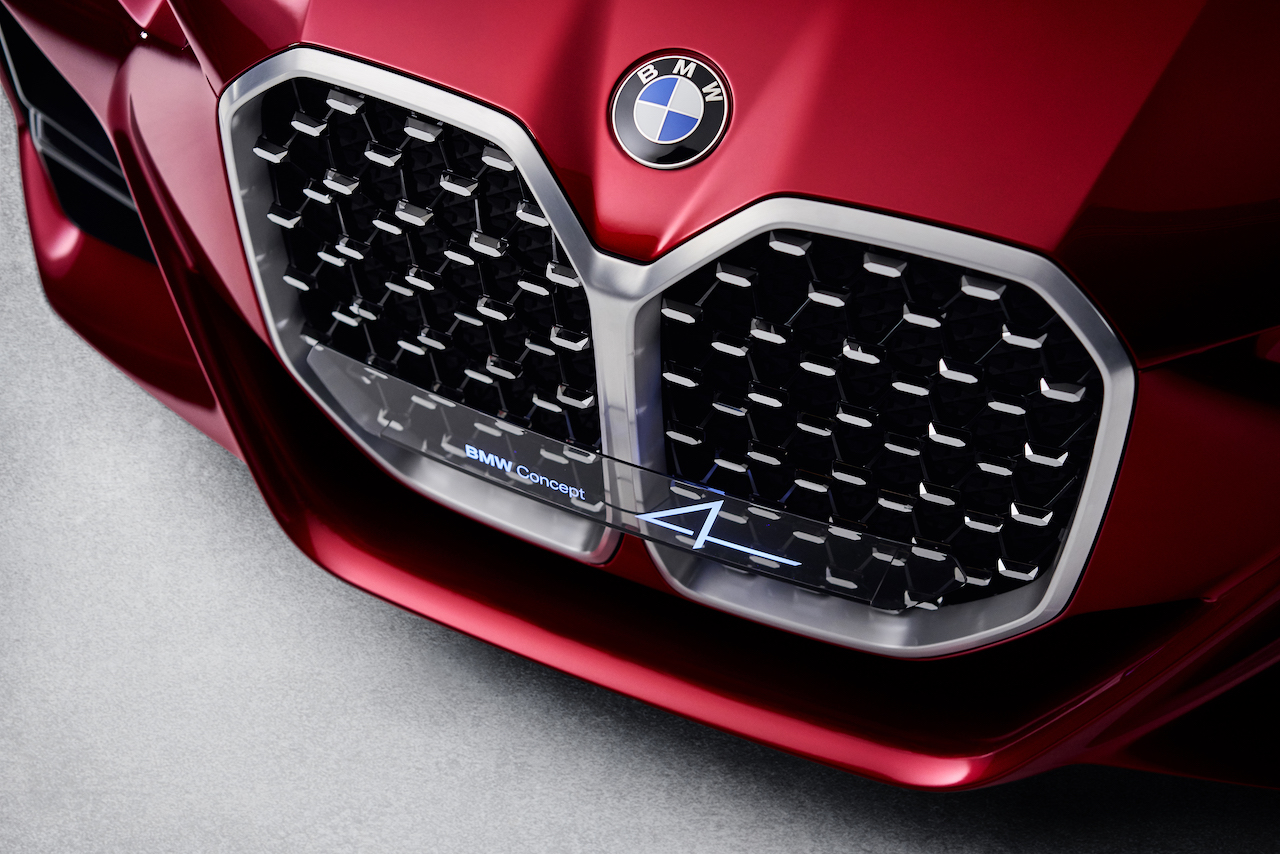 To be fair to Dukec, it’s really only been recently that BMW has done the small grilles we associate with the brand now. Well, if you call the 1940s recent, that is. BMW harkens back to the 328. Not the recent models, the ones from 1936-1940 with a kidney that might just be taller than an entire Z4. Expect this to be preparing us for a slightly smaller production version when the sales-ready 4er arrives later.

This one is all about the sheet metal, BMW’s not even giving a glimpse of the inside. But take a closer look and there are plenty of details to keep you busy. Just look at those ultra-minimalist exterior mirrors that poke out of the weather stripping. Well, BMW says they “emerge harmoniously.” Which is fair, since the chrome strip on the top is actually an extension of the car’s window trim. They look amazing, though anything behind you will likely be nearly invisible. That’s what driver aids are for, right? Plus this is a concept, so let them have their fun.

Another example is the single fibre optic rear lighting element that BMW says gives its usual L-shape light a new heartbeat graphic. It also forgoes a plastic cover for the light adding depth.

We’re not sure when the production car will arrive, but BMW says that this is the “new face of the 4-Series range.” So when it does arrive, you can expect it to look a lot like this. Though maybe with a bit more mirror and a bit less nose 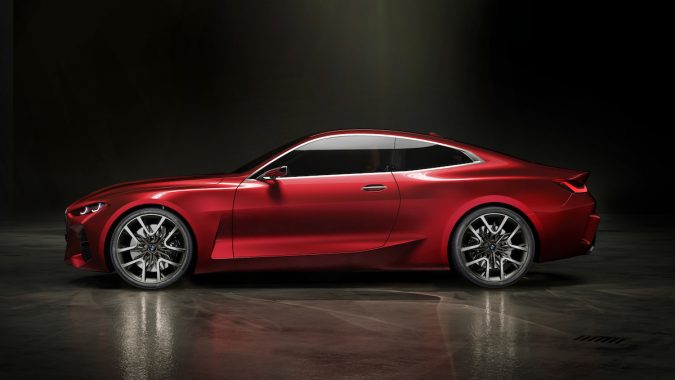 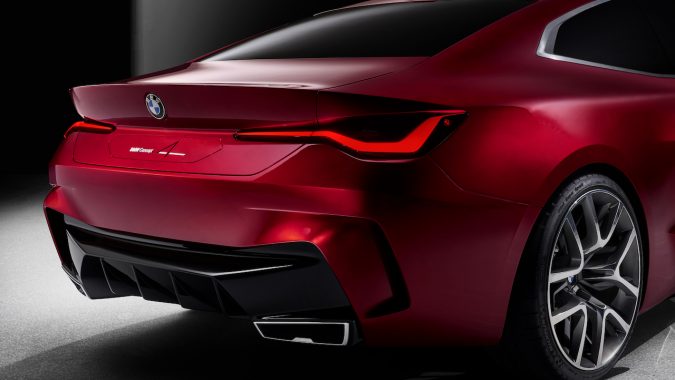 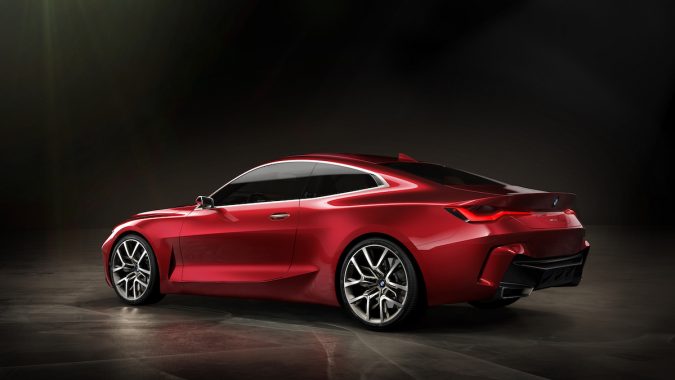 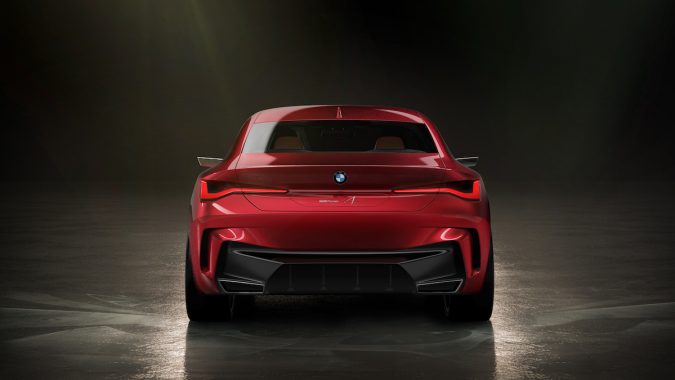