Petrol is Sons of Anarchy vs. Fast and the Furious. This high-octane action/drama web series follows five getaway drivers who all work for a mysterious employer.

Join the Conversation (0)
As Director and one of the producers of Petrol—an action series that centers around five getaway drivers (available on YouTube) – I had the unique opportunity of driving some of the great vehicles we feature on the show.

Being an avid car guy myself—which, truth-be-told inspired the creation of the series—I wanted to share with you the amazing cars that we featured in Season 1.

Now, the first thing to point out is that I didn't get to drive these cars on a race track, nor am I capable or trained to put them to their extremes. So let`s just say these are my first impressions under normal and "spirited" everyday driving conditions. 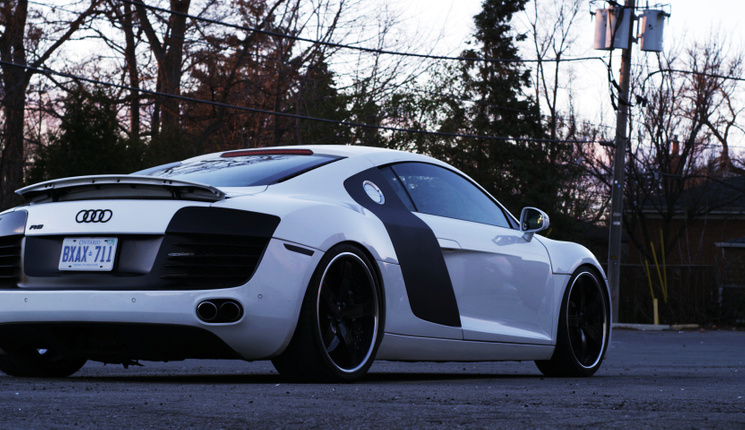 This car surprised me the most. I just didn't expect much from it and given that this was the 4.2L V8 and not the V10... my expectations were even lower. The first thing I really noticed about the car is the inviting interior. Aside from the design quality and materials you come to expect in high-end Audis—it is also surprisingly very comfortable. And I don't mean that it might be great for long road trips, but more that it combined all the elements that you could want in a sports car. I felt an immediate confidence when I first sat in the car. Visibility is great and the car never felt too wide or scary in the way the Ferrari F430 struck me. You could toss the R8 around or drive it sensibly to the corner store and either way you always felt a refined and wonderful combination of luxury, confidence, and excellent visibility. ­­

The Audi R8 gets featured in Episode 9, where one of the drivers, Matt, borrows it to rush to his dying Uncle's aid. Unfortunately, the model we used did not have the manual 6spd. But that didn`t hamper the fun factor at all, even with paddle shifters the R8 was intoxicating. The acceleration always felt smooth and linear with a good amount of torque, and the sound of the V8 on WOT was truly addictive. Even our sound guy commented on the vicious roar coming from the engine. I can't imagine how much better the V10 must feel!

As an all around, everyday exotic sports car... the Audi R8 checked so many boxes and delivered in such an unexpected manner, that I`d have to say it was probably the best overall car we highlighted in season 1 of Petrol The Series. 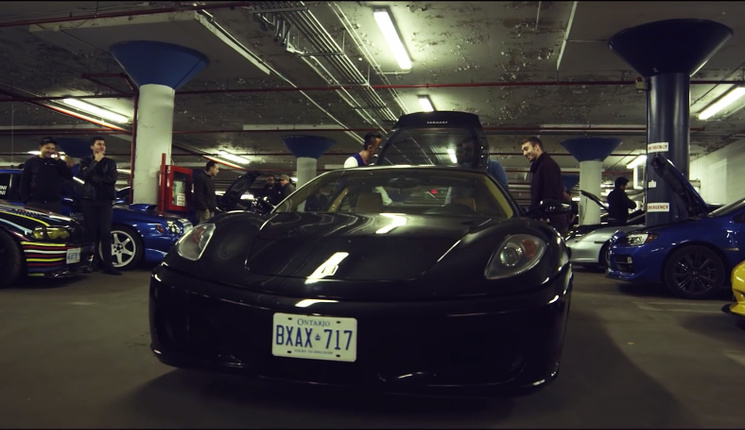 How dare I put the Ferrari under the R8, I hear you saying. Perhaps you consider the Audi an over-engineered Lamborghini Gallardo wannabe.

Well, as stated earlier, I can only comment on our short term use as an exotic car driven on the street, and as far as that goes—the Ferrari is wonderful…but, also a bit too much at times. The exhaust note and sound from the 483 bhp V8 was the best of all the cars we used, hands down. Even at low speeds the F430 was exhilarating to drive. Being that this was the first Ferrari I had ever driven, when I picked it up on a very rainy Sunday afternoon, the initial drive was terrifying. Driving a rear-wheel-drive Ferrari in heavy rain for the first time is nerve-racking to say the least.

After two days of filming in clear road conditions my confidence went up, but still never really felt I could relax in the F430. Sure, that's part of the experience behind the wheel of a powerful exotic; you should expect to be more focused than a drive in the family Accord or Camry. Perhaps knowing it's a Ferrari was playing a mind trip on me, but I just couldn't get over how I always had to be careful. Every time I got in or out, made a tight turn or another car got too close in the other lane... there was this heightened sense of awareness required that I felt the R8, for example, didn't share. This was probably amplified by the actual width of this car. Just to give you an idea, when we went to wash the car at a touchless car wash before filming, there was a brief moment when I thought the F430 might actually not fit within the guide lanes of the car wash!


We used the F430 in Episode 2 of Petrol, where a young street racer steals the car for a joyride. The model we had was a black coupe and on camera the car is stunning from every angle. Even though the original design is almost two decades old, it still looks as sharp and timeless as ever. The car undeniably attracts a lot of attention as one would expect, and driving it... felt like a strange combination of being ten feet tall and having to apologize for being a show off. There's this weird sense that everybody is looking at you like “a jerk who thinks he's better than everyone”, when sometimes all you really want to do is hear that V8 scream towards the 8500 rpm redline and let the g-forces pin you to the seat.

One last note about the F430... it has a few quirks that you would never expect. You want to roll your window down so you reach for the controls on the door…but nope, nothing there. It took me quite some time to realize they were located on either side of the radio. Not sure if this is common with other Ferrari’s or Italian cars, but I have never seen that on another vehicle before. 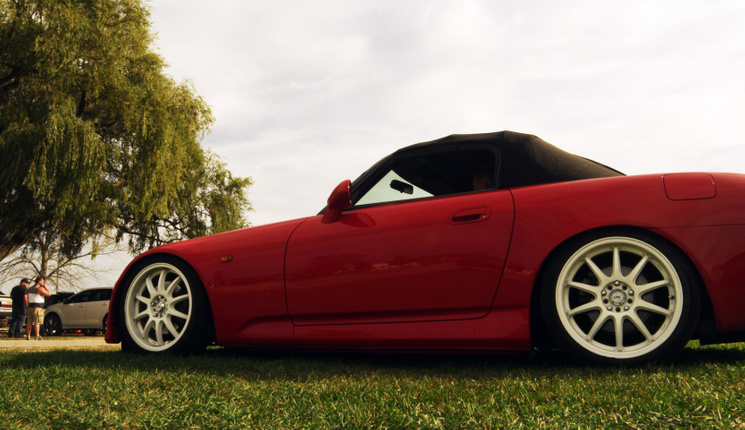 Quite a few classes down and with a major price drop comes the third vehicle - an AP1 Honda S2000. We showcased a number of other cars in Petrol that were either newer, more expensive, more luxurious or just more prestigious... but again, as an overall everyday car driven on the street, this Honda roadster provided a fun driving experience each and every time.

This vehicle from Episode 4 was a slightly modified example. Despite having very little torque, especially on the low end, this was the 2000-2003 AP1 version with the 9000rpm redline. Revving this 2.0 L motor to the limit and engaging the next gear with the satisfying 6speed gear box—it's hard not to crack a smile. It's just a completely different way of accelerating compared to the previously mentioned cars. It feels as if you`re driving a motorcycle with four wheels.

Tackling twisty roads in a rev happy roadster with perfect 50/50 weight distribution on a summer day with the top down, what's not to like?

To see these cars and others in action, check out the first five episodes of our series right now on youtube.com/petroltheseries.