The Cadillac Lyriq and General Motors’ Transition to Full-EV

The latest Cadillac crossover is an important stepping-stone in General Motors’ “0-0-0” plan: a future with zero emissions, zero crashes and zero emissions.

The recently-revealed Cadillac Lyriq is the brand’s first battery electric vehicle (BEV), which roughly translates to “full EV”. There are no hybrid range-extending engines as found in the 2013-16 Chevrolet Volt-based Cadillac ELR coupe, which was Cadillac’s last major foray into the EV world.

With the Lyriq, they are taking a major step into BEV territory, and the latest Cadillac crossover is an important stepping-stone in General Motors’ “0-0-0” plan: a future with zero emissions, zero crashes and zero emissions.

It’s also an important piece to puzzle when it comes to transitioning more customers to BEVs.

Being a BEV, the Lyriq has the emissions aspect covered, and with all manner of electronic driver aids – chief among which is Super Cruise 2, which Lyriq chief engineer Jamie Brewer believes is “the world’s first truly hands-free driver’s assistance feature” and now includes automated lane-change – they are taking a serious shot at the zero crashes aspect, too.

If you believe what experts in the field of automated driving say, then one of the best ways to reduce congestion is to have more automation, as computers may eventually become better at sharing the road than human drivers.

The question that remains, though, is why specialized vehicles like the Lyriq and upcoming GMC Hummer EV pickup – the first two vehicles to be released under the “0-0-0” banner — are the first to usher in this new era at GM as opposed to more popular vehicles like a compact sedan or non-luxury crossover. 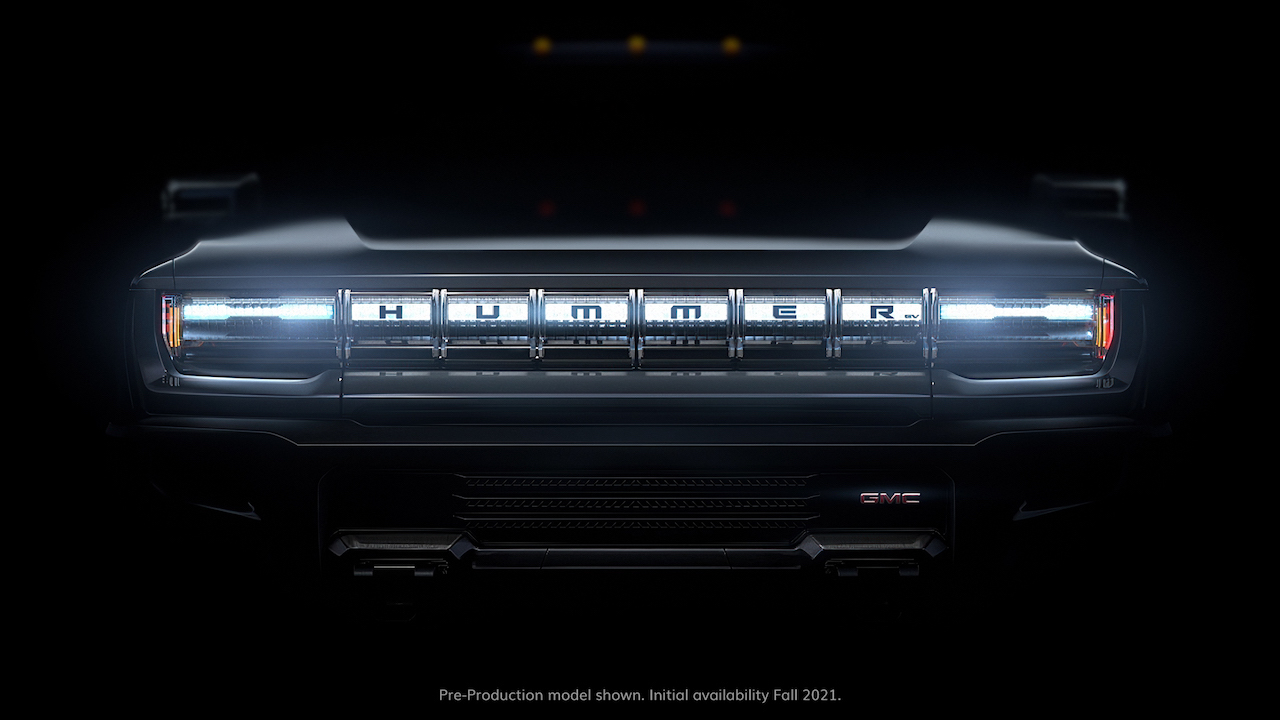 According to Brewer, the case for the Lyriq is somewhat simple. “Cadillac has always been a pinnacle brand for a lot of people that they have aspired towards,” she said. “And the information we have right now is that EVs are in a similar situation: that there’s a lot of people that are aspiring to own an EV.”

She also confirmed that by the end of the decade, Cadillac will be an all-EV brand.

Of course, the “0-0-0” plan is a lofty goal, but the underpinnings of the Lyriq are part of the Ultium family of EV powertrains. Ultium is a completely modular system, meaning that everything from a front-wheel-drive compact crossover to a three-row, all-wheel-drive performance SUV can start with the Ultium platform as a base, and grow from there. 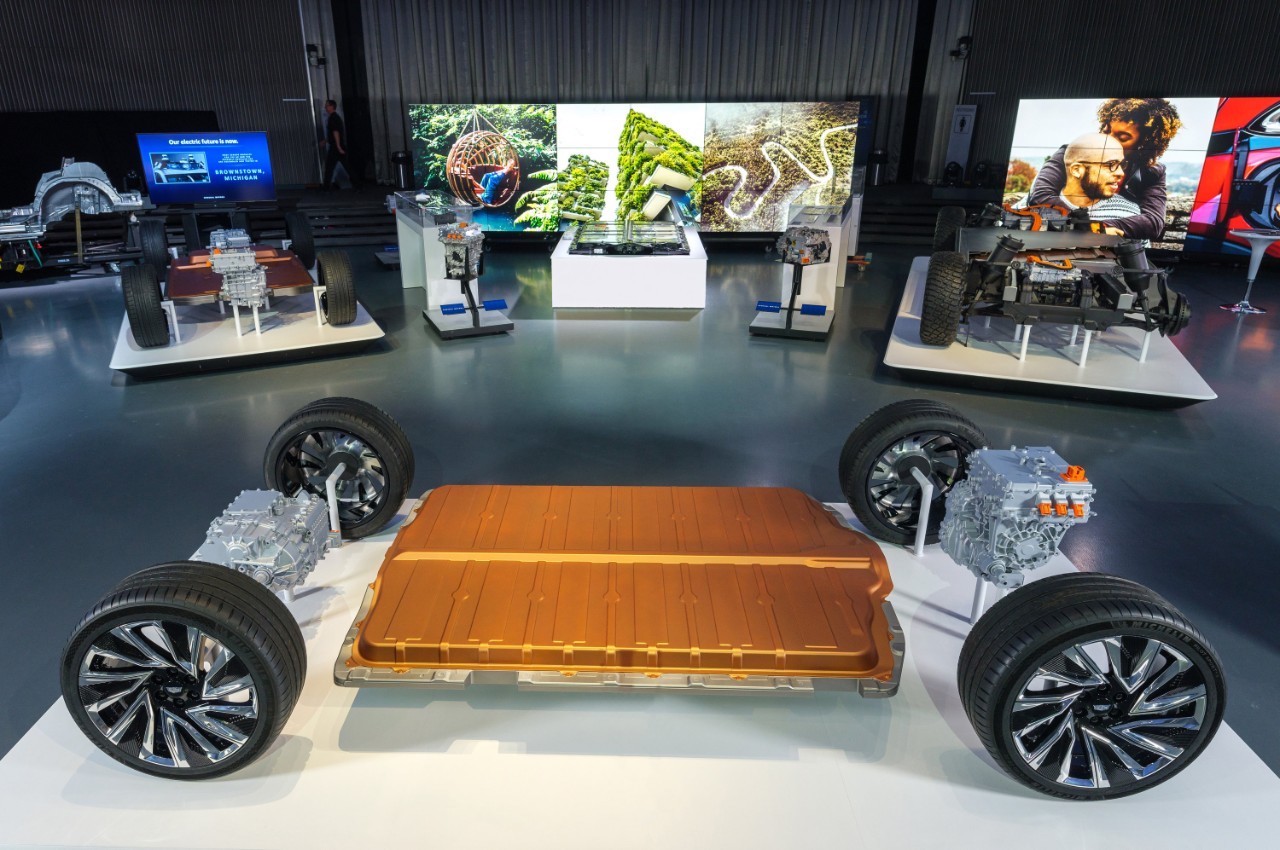 Which, according to Brewer, is key in helping convince customers that have traditionally driven vehicles with internal-combustion engines (ICE) that EV – and specifically, Ultium EV – is the way to go.

“Because we designed (the Lyriq) from the ground-up with an all-new architecture, we did not just take (a vehicle) with ICE architecture and try to put a battery in it,” she said. “When you do that, there is always a sacrifice, and that sacrifice is usually to the customer because the vehicle was not designed to get maximum customer accommodations with a battery and drive units.”

“In speaking with EV intenders,” she continued, “Cadillac kept coming up. They want a luxury vehicle, they want an EV, but they don’t want to sacrifice the vehicle.”

Basically, the carte blanche provided by an all-new platform meant that everything about the Lyriq – and every subsequent GM vehicle that uses the Ultium platform – is tailored around the customer. It’s why the Lyriq’s battery modules are built into the platform – the “spine” – of the vehicle. That way you get more stiffness, which translates to both more performance and more comfort. They also take up less room in the cabin, for more comfort still.

Of course, two major pieces of the puzzle when it comes to trying to convince someone that they are ready for a move to EV are range and chargeability. 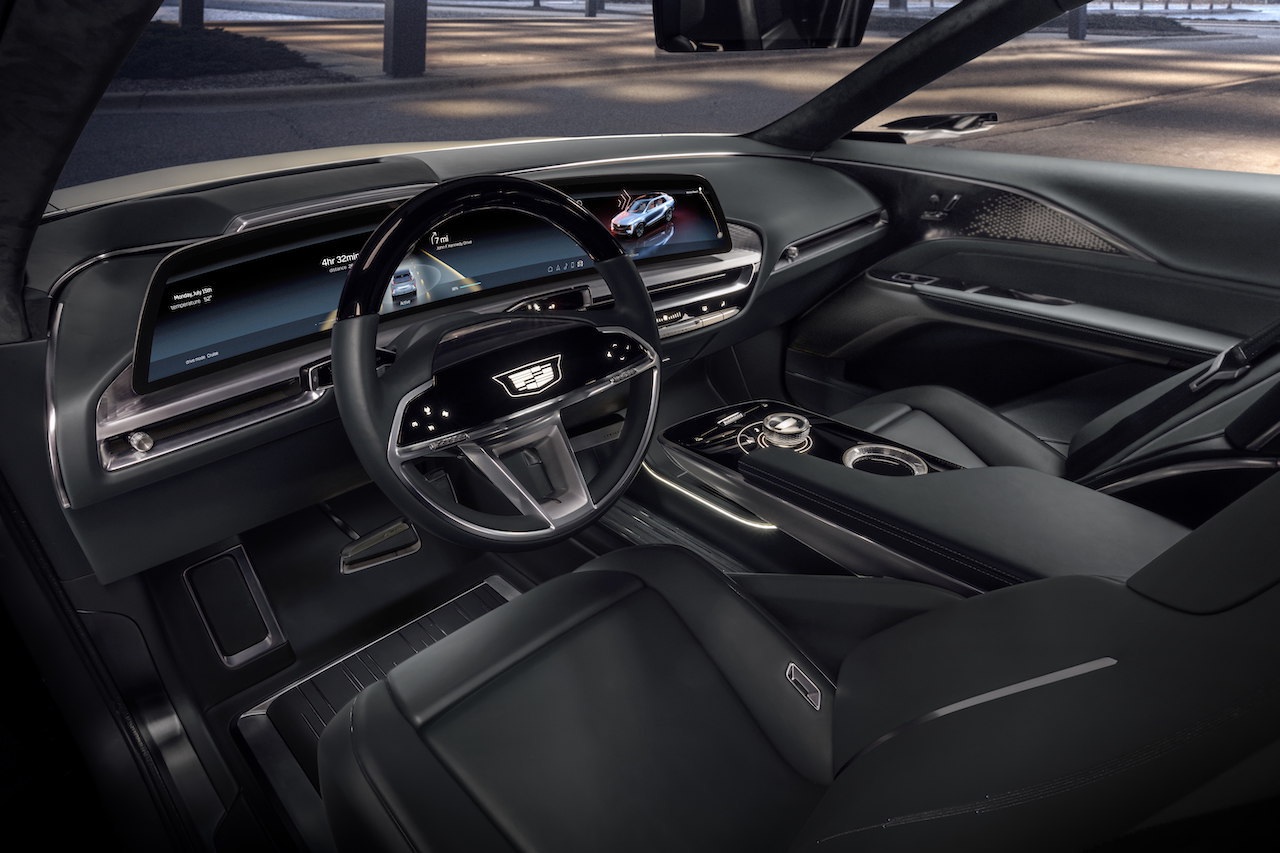 Cadillac is expecting a 485 km range for the Lyriq, which puts it in the same ballpark as the benchmark Tesla Model X crossover. The Lyriq will also be able to charge either via level I and II chargers and via DC fast-charging as well. It will be capable of charging at over 150 kW, which is the industry standard at the moment for charging.

Cadillac isn’t ready to confirm how quickly the Lyriq will charge but if we let other vehicles be our guide, expect about a 30-minute wait to get from zero to 80 per cent charge on a DC fast charger. Charging on a level II 240V home charger, meanwhile, should return a full charge overnight.

While an almost-500 km and fast-charging capability is nice, customers also want to know what happens when they’re out of their hometown, and out of their charging comfort zone. 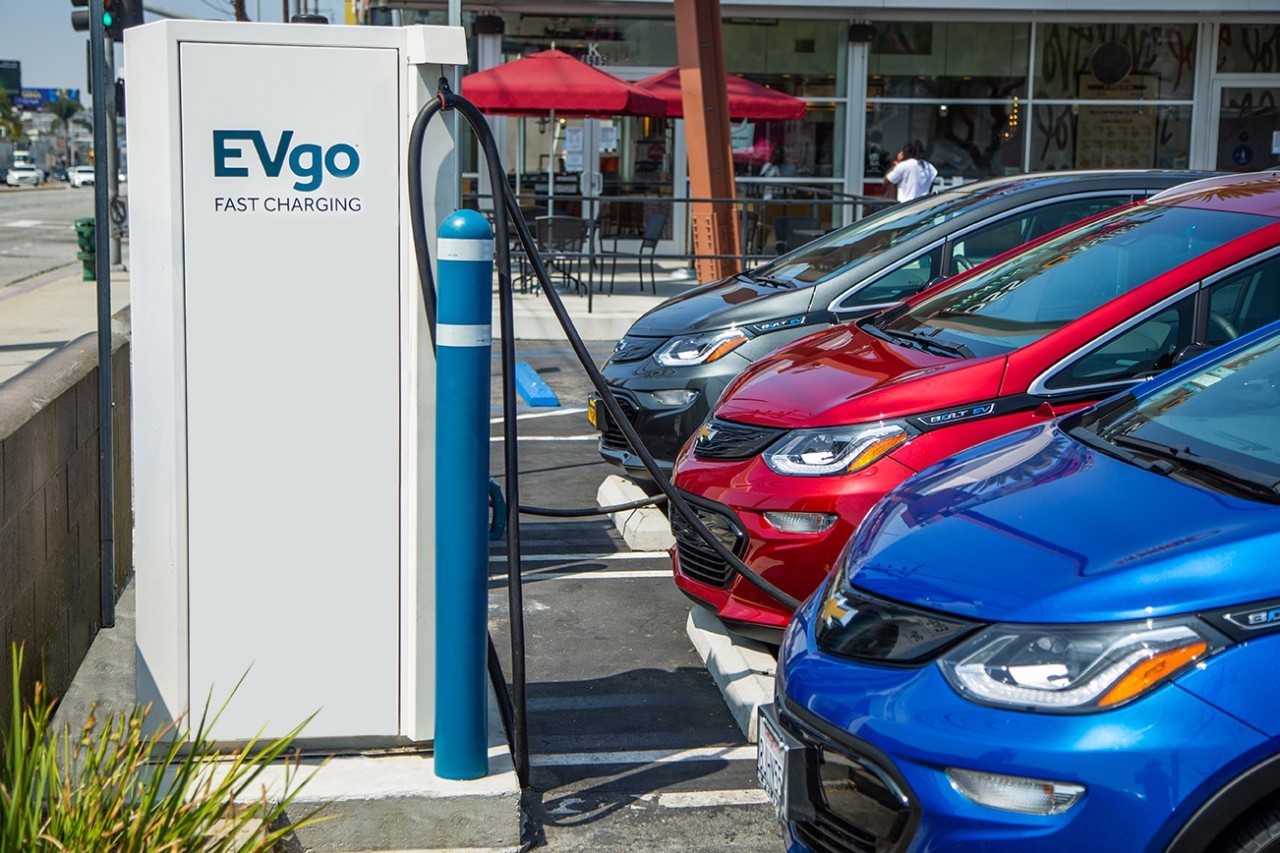 The next big piece of the puzzle when it comes to the transition to EV is cost, and the goal to strive for the “Holy Grail”: $100 per kw. Meaning, essentially, that GM would like to get costs down to the point where every battery they build costs no more than its size times $100.

“We’re not going to announce when we’re going to see cost parity (between ICEs and BEVs)”, he continued, “but we don’t see a bottom.  We see the ability to take what we did with Ultium, and continue to drive down the cost curve.”

At that point, you can see how while Brewer does say that “EV” and “luxury” still tend to be spoken in the same breath, as costs continue to get driven down, that will no longer be the case.